Arsenal Oasis is an experimental project that in deals with found objects, most visibly, with the phenomenon of a broken pipe that provides water. The surface is reshaped to invite water and makes the planting of trees possible. Because the debris is left in place, the process of change is visible and readable. This newfound and unique roughness reflects a relevant dialogue between what was, what is, and the suggestion of what ought to be. The project addresses wider spatial issues in Tbilisi and will hopefully act as a catalyst to spark positive change regarding neglected areas in the city.

Arsenal Oasis, constructed for the 2020 Tbilisi Architecture Biennial, is an evolving test garden made from the city’s surplus land and water. The project initiates a new landscape from a leaking water main that once served the army base.

Tbilisi’s urban congestion and poor air quality result from unregulated, post-Soviet urbanization. The municipality sold urban edges and open spaces that Soviet planners reserved for public use, hazard mitigation, and climate regulation. The city has no plan to compensate the citizens for this generational loss of open space. The Oasis is a “test site” to imagine methods and mechanisms to redress the loss of public open space over the past 20 years.

Arsenal is a 70-hectare former military garrison between Svanetis Ubani and Avlabari neighborhoods in Tbilisi. Privatized by the Ministry of Defense, its current ownership is unclear. This landscape of rubbled terraces, grasslands, cypress, and trash-filled ravines is a rare and significant open space in the city.  The site’s open borders provide a free space for residents of the densely populated neighborhoods. Neighbors channeled the flow from the broken water line into several small basins. This accidental surplus of water irrigated the terraces of the former building pads and created an emergent wetland on the dry wasteland. 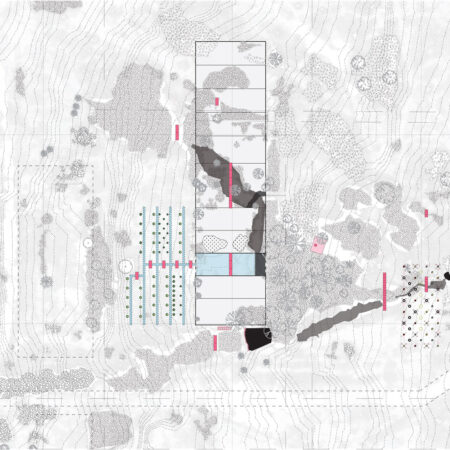 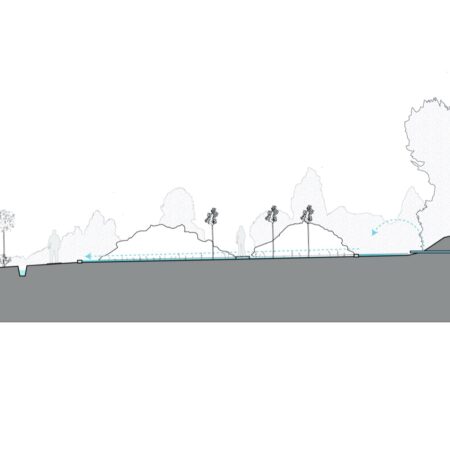 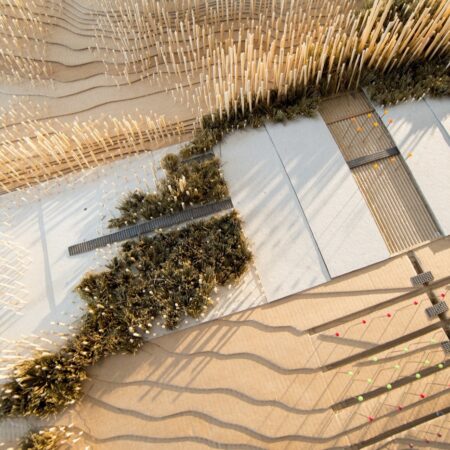 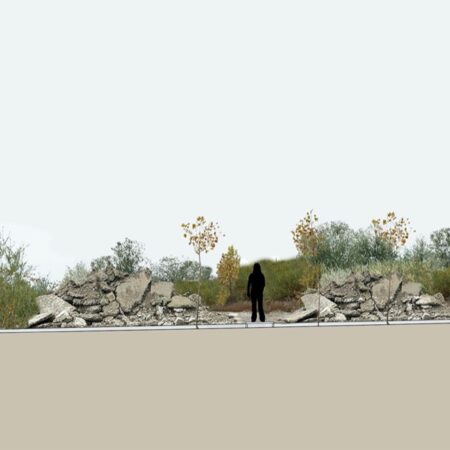 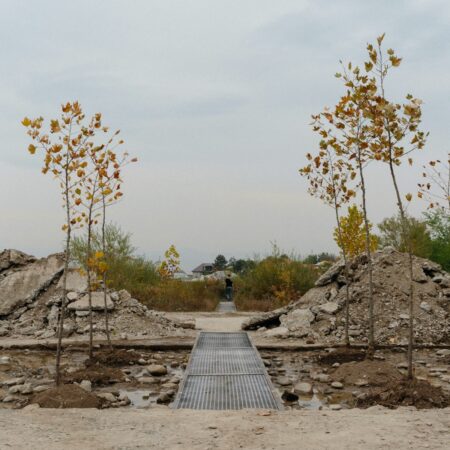 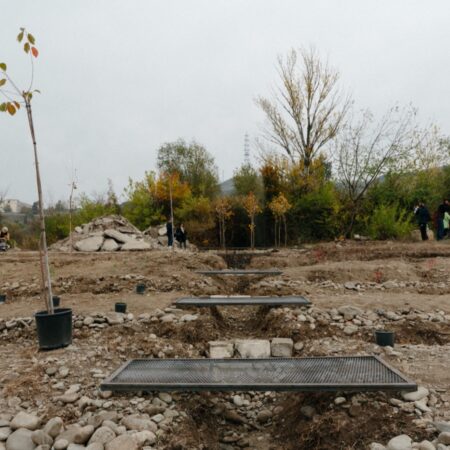 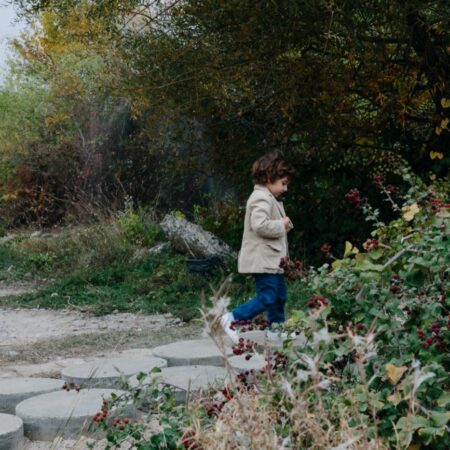 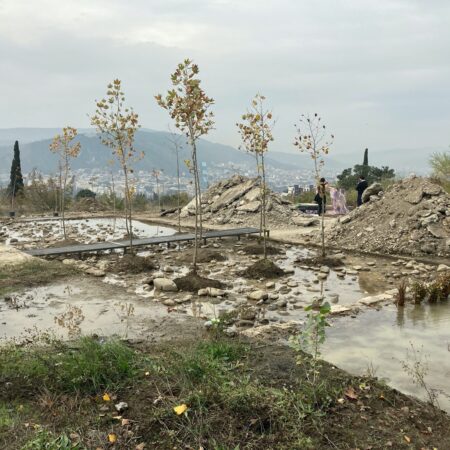 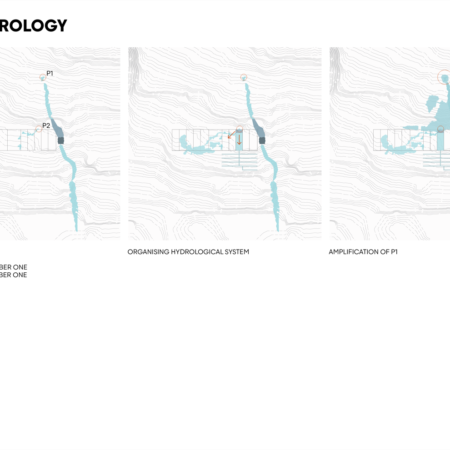 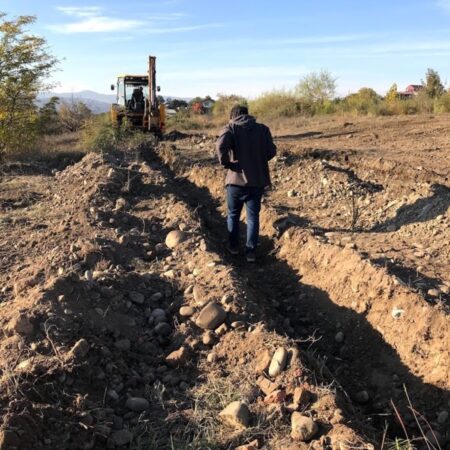 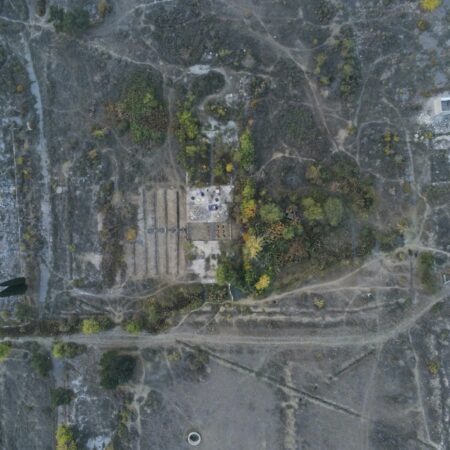 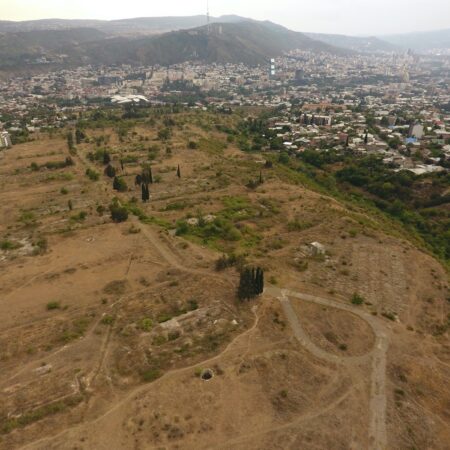 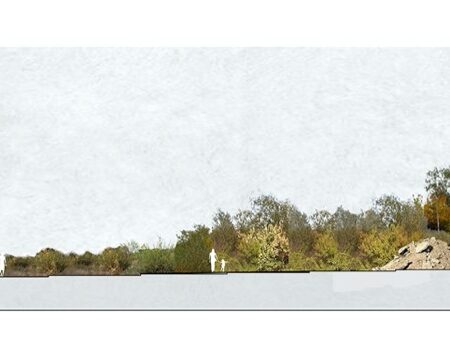 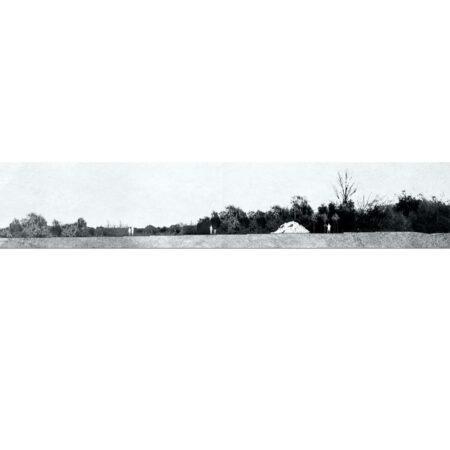 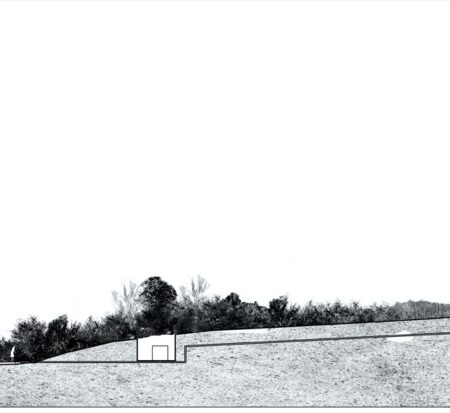 Landscape architects often refer to their works as interventions to avoid the strict associations with static typologies such as park or square. Intervention means working with systems rather than bounded geometries and implies an active engagement of verbs such as building, diverting, removing, and amplifying.

Engaging with the water was like pulling a loose thread that unraveled the urban fabric and opened new sites of improvisation, adding a third “writing” of a garden onto the site. We removed concrete slabs to open more soil, fabricated steel mesh panels to guide visitors through the wetland, and laid concrete pavers that emphasized remnant structures.

SURPRISE. The Oasis is a surprise, but it was here all along, latent in the ecological arsenal of the city, and poised for the day the pipe sprang a leak. The Arsenal territory is an artifact of co-evolution: the labor of ecosystems coupled with human desire. Hands moved rocks to impound the flow; the desire to channel and amplify that small surplus of water. Wind and birds carried seeds to this fertile place, where they grew and multiplied, seeking niches within gradients of wet to dry.

THE FILTER. Gardens transform our perception of the city. Like many urban wastelands, the greater Arsenal site prompts us to speculate on the future. Will it be developed as an urban park, or as a new neighborhood? The Arsenal Oasis is a garden – an insertion of activity and fertility that filters the visitor’s view of the territory. The wetland terrace is both an inhabitable space and an observation deck over the city-now, inviting one to imagine the city-future. Just as the spray of the broken pipe bends sunlight into a spectrum of color, the garden bends perceptions of this territory towards an ecological and social revival.

EXCAVATION. As the excavator removed the central slab, the water was free to cross the open soil. The machine expanded the parameters of the work, creating deeper and wider marks in the open territory. From the broken pipe, water will flow through these lines, working down through the trenches of the orchard. In time, a wetland will emerge in place of the concrete slab. The wetland includes a grid of London Plane trees (Platanus × acerifolia) and live stakes of willow (Salix alba and Salix excelsa). The orchard species include cherry (Prunus cerasus), pistache (Pistacia mutica), and almond (Amygdalus communis), among others.

OVERLAY. The Arsenal Oasis includes modular elements of steel and concrete. This overlay includes fabricated metal mesh panels that provide access across shallow wetlands and deeper trenches and re-inscribe the historic grid of the military base. Round cast concrete pavers line thresholds and frame elements, such as the relict concrete structure and platforms.

Questions that informed our work on this site, and in the future included: what can a broken pipe, through physical and material experimentation, teach us about the future of Arsenal as a common ground, and the future of reclaiming the commons in Tbilisi? Can collective desire and small scale actions overcome the paralysis of pessimism to reveal and manifest new commons? Can our studio practice co-evolve with the Arsenal site, lead us in new directions, visions, questions, while grounding us to a real place? 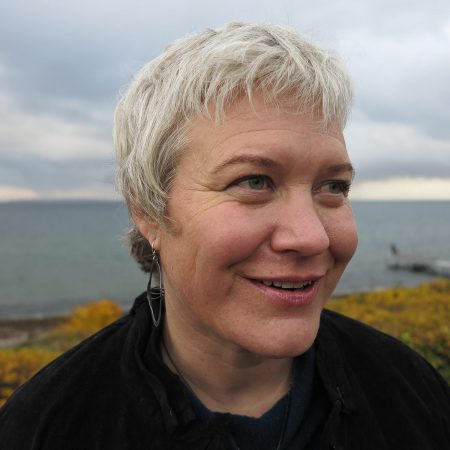