Our park is in Bodrum Umurça neighborhood Yaka Street, Turkey.  As you can see the city map, it is very close to the city center.  We designed the project in 2018. We started to build it in October 2018 and finished it in one year. Our park has been open since 27 October 2019.

This area was previously used as the construction site where the municipality’s carpentry, blacksmith, car wash stations, material warehouse etc. were located. The neighborhood was complaining about the noise and demanding that the construction site be moved. We decided that this area should be a park due to the high number of children in the neighborhood and the location being easily accessible. We aimed that people of all ages can use it and that those who come to spend a long time comfortably in the park.

Bodrum on the Aegean coast, it has a mountainous geographical structure. And like every touristy seaside town, it’s a place where lands are expensive. We do not have large areas of land as parking or playground areas. For this reason, every square meter of an area of 20000 square meters in the city center was very precious to us. We had to use the space in a versatile way. 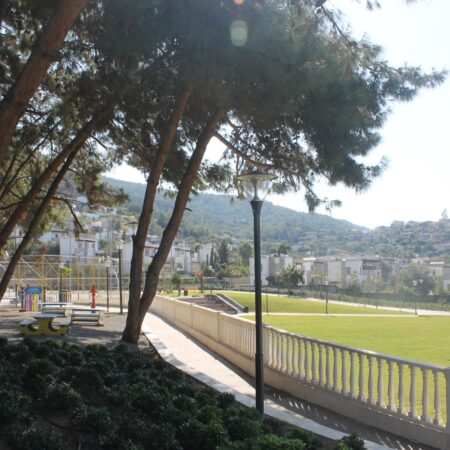 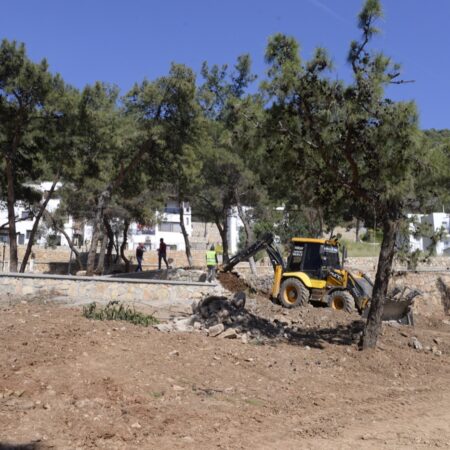 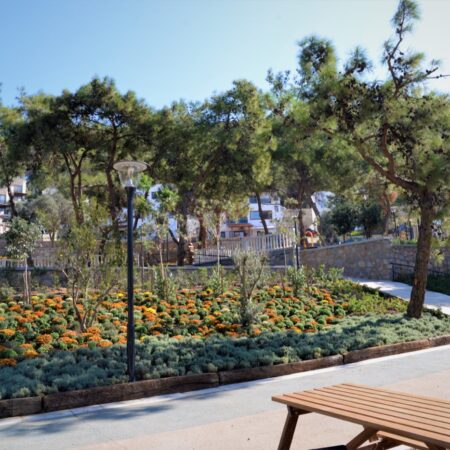 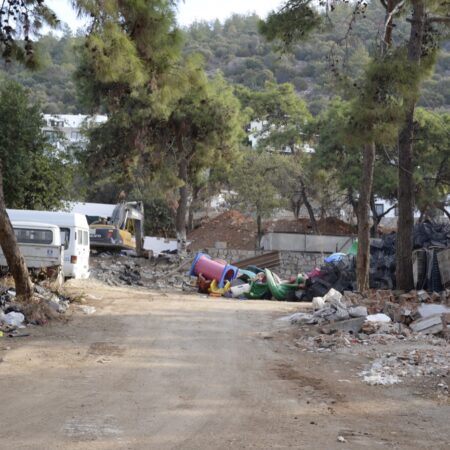 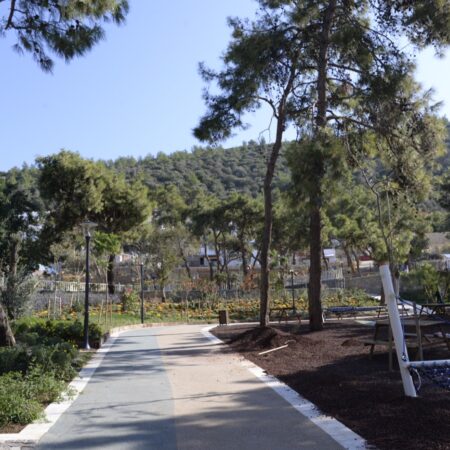 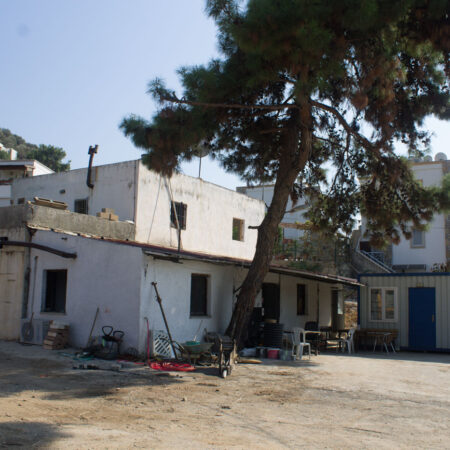 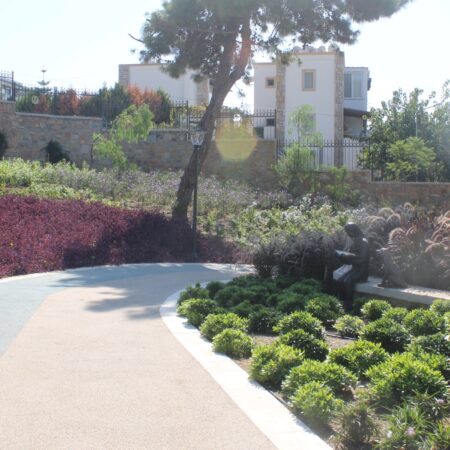 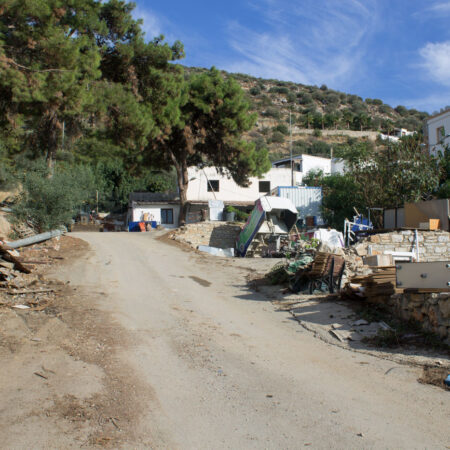 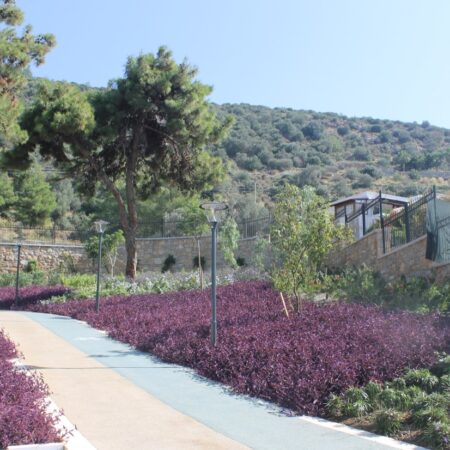 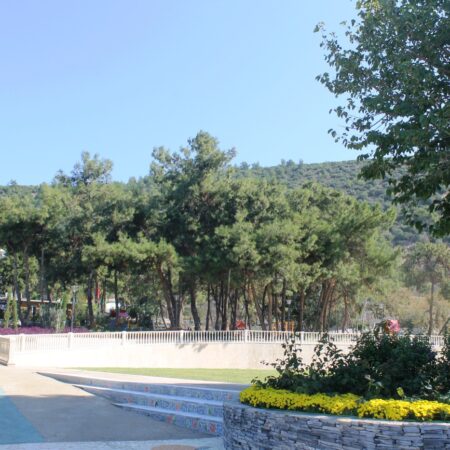 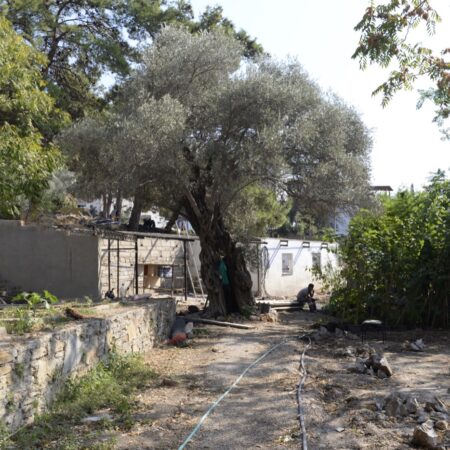 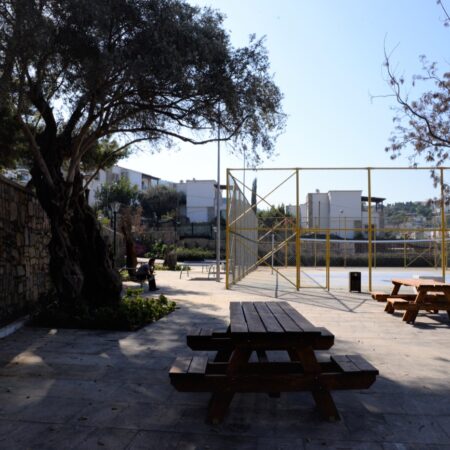 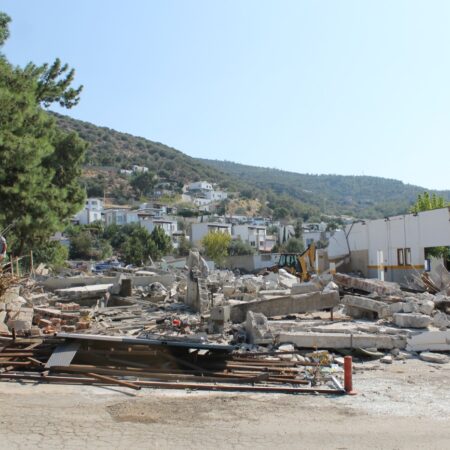 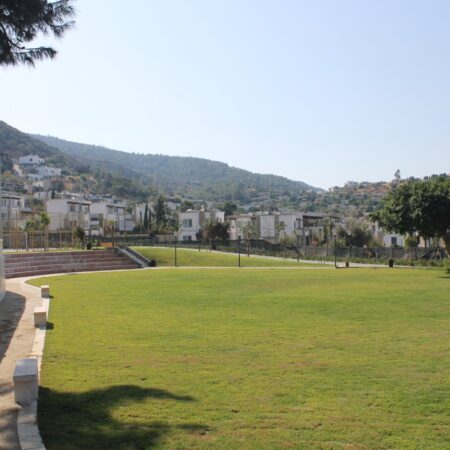 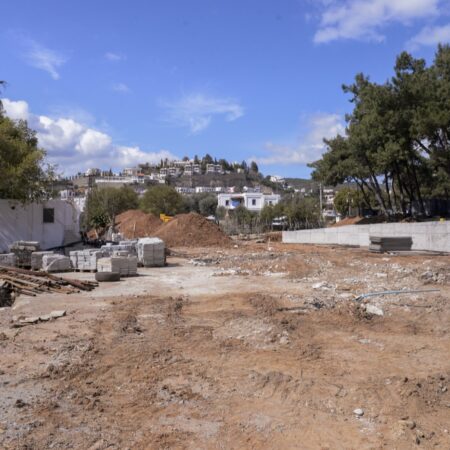 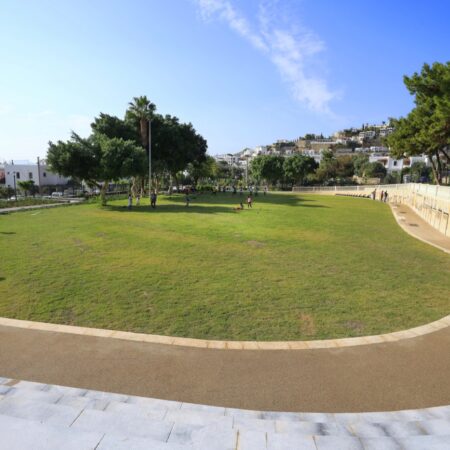 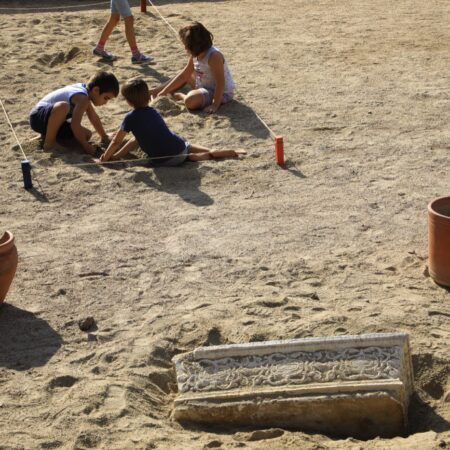 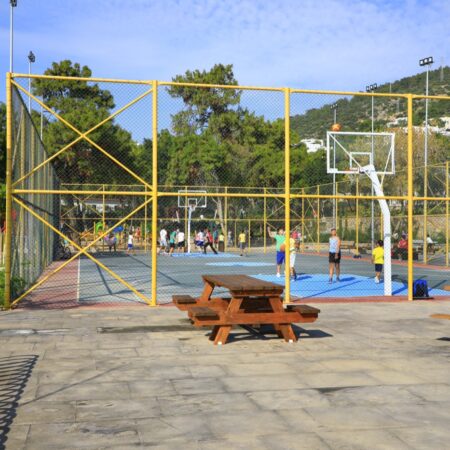 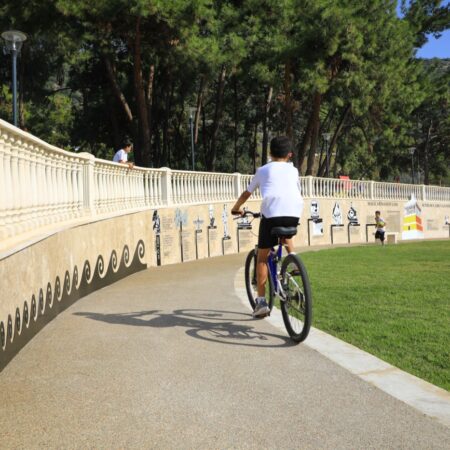 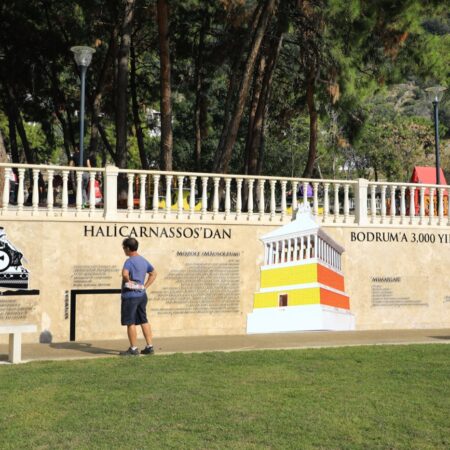 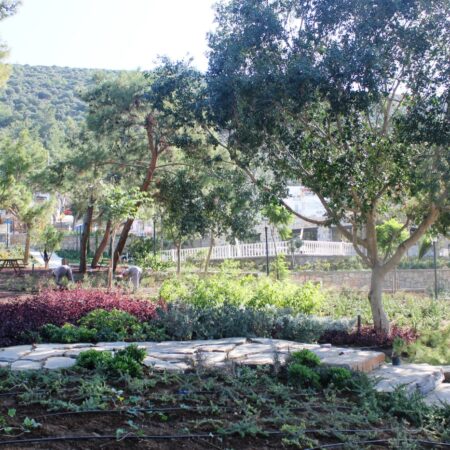 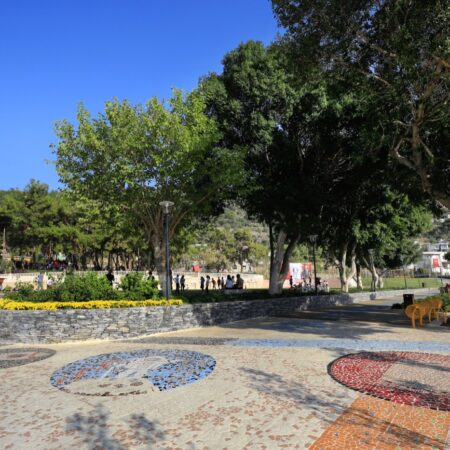 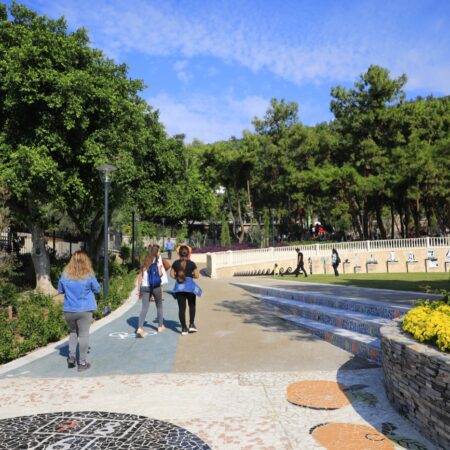 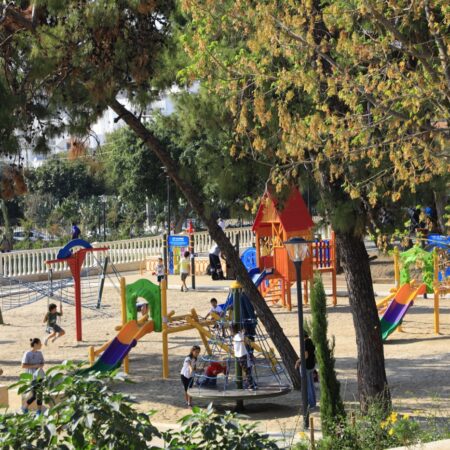 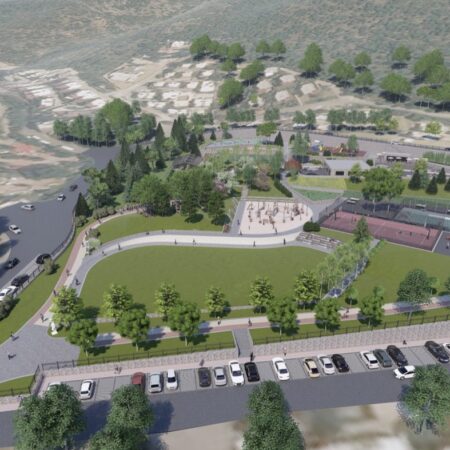 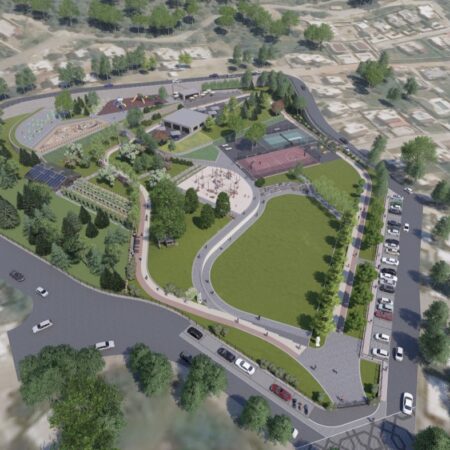 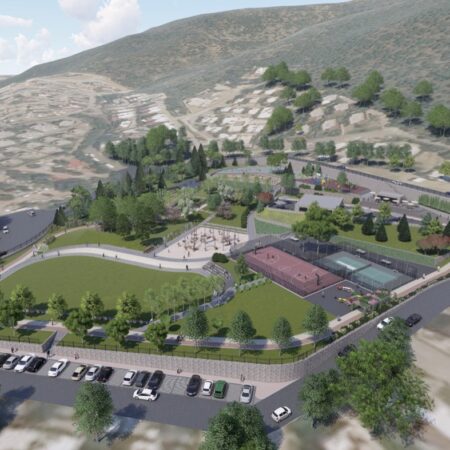 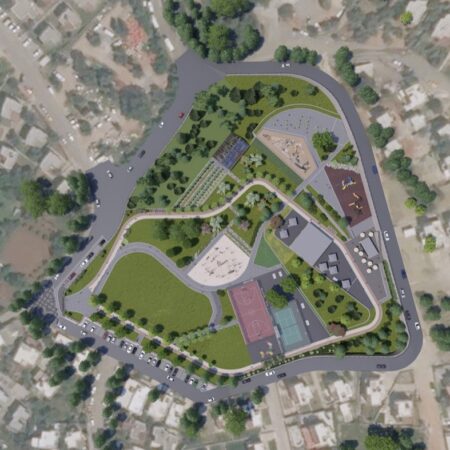 We had to create areas that people, especially children, would use, and increase the amount of green space in the neighborhood. We have determined what activities will be in our park by asking what they want in the neighborhood and near by, examining the requests in the petitions sent to the our  office. We needed a large lawn, children’s playgrounds and sports fields. Children generally said they did not want to go home from time to time while they playing. For this reason, we decided to have a small cafe where they can buy beverages and a closed building for toilets. We designed a 255 square meter library building. As you know, Bodrum is an ancient city, one of the seven wonders of the world was in this city. In order to emphasize this, we named our wall as the ‘wall of history’ and we wrote information about the important dates of the basement city from Halicarnasoss in 3000 years on this wall. We designed it as an archeopark in an area of 400 square meters in the north of the area. We buried ceramic amphoras of sizes ranging from 10-50cm into the sand in this area. Children try to find buried fake historical artifacts by playing games with digging shovels in the section marked as the excavation area. We designed the 467 square meter area where children aged 4-12 can play, and the 500 square meter area where children aged 3-9 can play. There are sitting areas around 1 basketball court, 1 volleyball court, table tennis. We designed a natural track for children aged 5-10, using the trunks of pine trees. At the entrance of the park, we used mosaic coating specific to the Mediterranean region and all types of the ‘Bougainvillea’ plant that grows in Bodrum and is identified with our region. We wanted our park to be visited as an open-air plant exhibition at the same time. Starting from this idea, we plant species belong to the this region in the park. We preserved all of the ‘Pinus brutia’ present in the project area. Lavandula stoechas and Pistacia sp. our endemic species.  We plant Lauris nobilis and Nerium oleander, which are the dominant plants of the Mediterranean climate.
You can even read ‘Laurus nobilis’ in ancient artifacts.

Our Park and Gardens Directorate office is also in this park. We have a small greenhouse of 250 square meters. Its open all day. This small greenhouse is actually a small model of our big production greenhouse.
We aimed to show everyone that plant production is a long but fun process by showing that we exhibit plant production by the method of cutting, plant production from seed, perlite beds, rooting, greenhouse heating stoves and irrigation systems. The children are very interested in our greenhouse. They come and plant with us. Due to the pandemic, the greenhouse and library have been closed to such activities for a while.

As a result, it was important as an idea to build a recreation area on a 20-acre site in an Aegean town, which is still growing and is worn out by construction and tourism. We have used materials that are most compatible with the region in both structural landscaping and vegetative landscaping. By increasing the amount of green space, we aimed to reduce carbon emissions during the previous use of the area and during the construction process.
You can google our park under the name of “Bodrum Belediyesi Umurça Parkı” in Turkish.