The park was opened on 19 September 2014 with an inauguration ceremony. It was built on the site of the former military area, centrally between the housing estates of Máj and Vltava. Almost one half of all the inhabitants of České Budějovice, approx. 40,000 people, live in these housing estates. The park has been visited extensively since its opening. Due to the absence of quality public spaces in the adjacent housing estates, the park partly compensates for the possibility of the inhabitants to spend their free time in the open air in a harmonic urban space.

Park
Considering the geological conditions of the area (clayey soil which suffocates new plants that have not been pre-cultivated in these conditions), the main concept of dealing with vegetation that was chosen was the principle of directed succession. The park was designed as the entrance into the landscape. The landscape – area with undirected succession – is a logical and natural continuation of the succession areas of the park. The 4Courts Park is not delimiting itself from the landscape but it gradually merges into it. The park on the site of the former military area is naturally interconnected by the chosen concept with both the immediate and the more remote areas of the communities that are close to the landscape, as well as with the ecosystem of nearby ponds. Points of entry into the park are connected to the streets of future new blocks of flats. The network or paths is purposefully designed to service all the necessary activities in the park, it connects entry points with the potential goals of the park visitors and forms a natural tissue of the area. Considering the area waterlogging, the network of paths is based on the heaped terrain. The area is divided by the elevated paths into subareas of individual degrees of succession. By these simple means we were trying to achieve a visually convincing and proportionally balanced area, which, together with the building of welfare facilities (growing out of the overall concept), brings out individuality respecting the environment, but at the same time it can exist as a separately functioning whole independent on the timeline of the change in the surrounding urban landscape.

Café
The café is designed as part of the path network and partly closed grade-separated crossing of paths. It is a natural part of the park, the edges of paths with handrails continuing fluently on the roof of the building, the building forming a terrain hump. The café is situated at the site of the highest superelevation of the area as the base of the main path through the park, which runs over its roof into the landscape. Thus it forms the only elevation in the area and offers “views” of the park, hierarchically highlighting the most important path in the area. At the same time it is a passage between the eastern part of the park with a fitness trail, skating rink, and playground, and its western part with a skate park and playground. The café building houses the serving area of the café with its facilities as well as the welfare facilities for the park (WC for men, women and the disabled people). Due to the longitudinal shape of the café forming a natural terrain hump, its construction is designed to be made from the monolithic reinforced concrete. Its two facades are made from fair-faced concrete. The thermal insulation of walls and roofs is made from extruded polystyrene. The exterior longitudinal walls running out of the building ground plan form the supporting walls of the boundaries of the surrounding terrain. In fact, the café is a bunker in the former military area.

Vegetation layout
Considering the problem of traditional establishing the vegetation elements, the basic idea is to leave the larger area of the park to its natural development – succession. The areas are divided into stages 1-3 according to the intensity of intervention into the spontaneously developing communities. In the given conditions of the area, it is fir wood that would naturally develop in this habitat. The younger succession phases have developed from the grass-herbaceous community, through shrub and tree invasions, up to a full-grown forest. An important role is played by the unevenness of the terrain, which creates a mosaic of dry and wet areas. The aim is to monitor the natural development of the community and to direct it in the required direction, so that certain succession stages (herbaceous, shrubs, trees) are kept in the individual areas. The directed succession therefore consists in the monitoring and regular interventions in the areas, but in comparison with the traditional park interventions, it considerably decreases the maintenance costs.
1. Herbaceous community – meadow grass, high grasses
2. Shrub community with the invasion of tress up to 4 m high
3. Young forest – continuous tree and shrub layer – young forest phase with trees with a trunk diameter of up to 30 cm 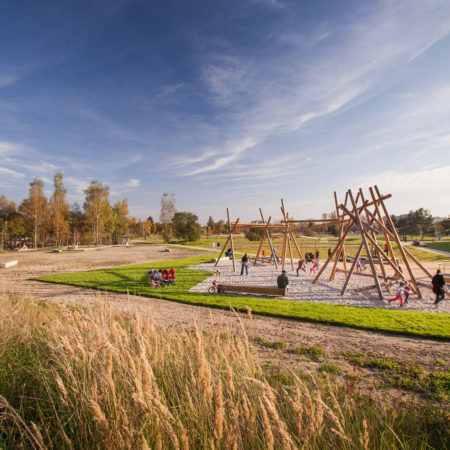 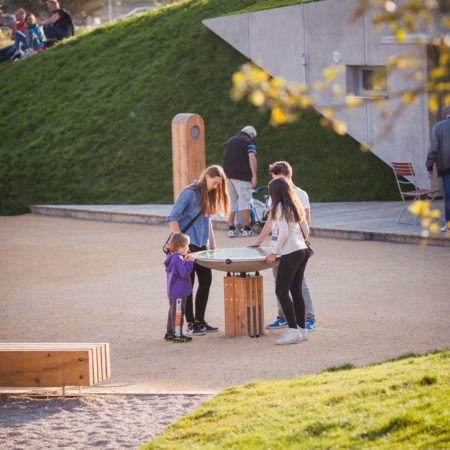 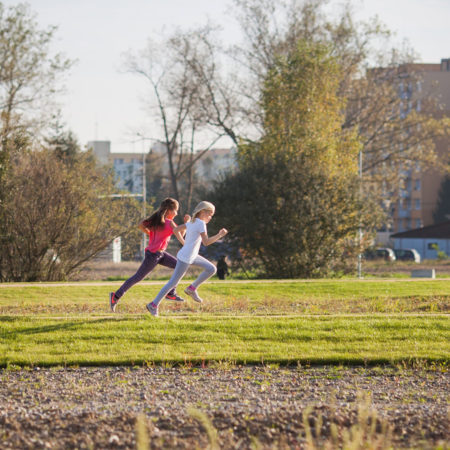 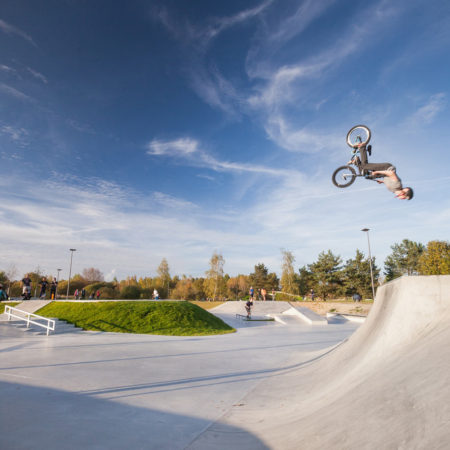 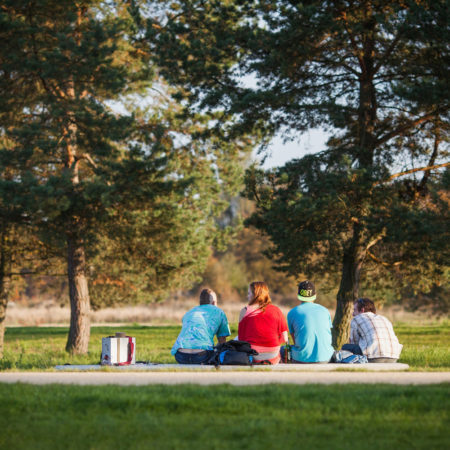 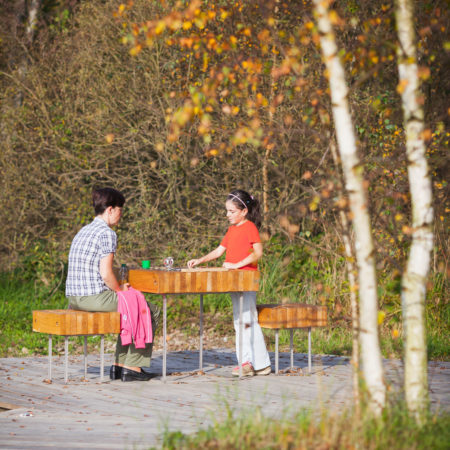 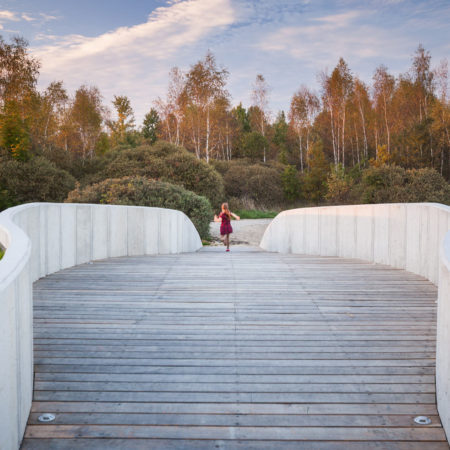 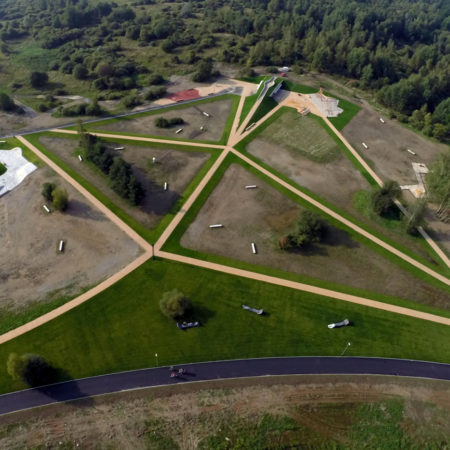 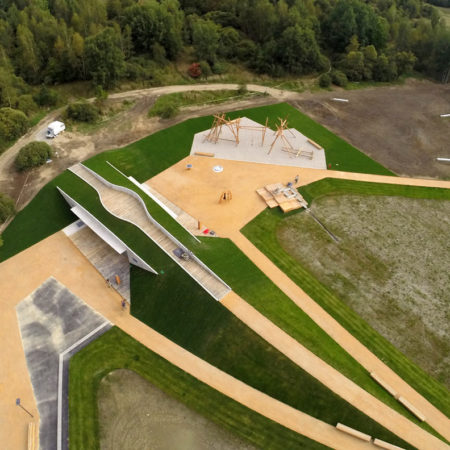 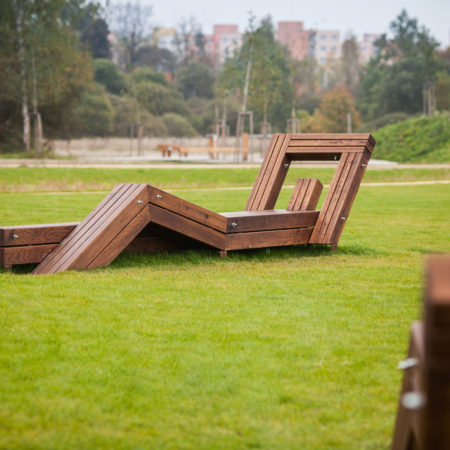 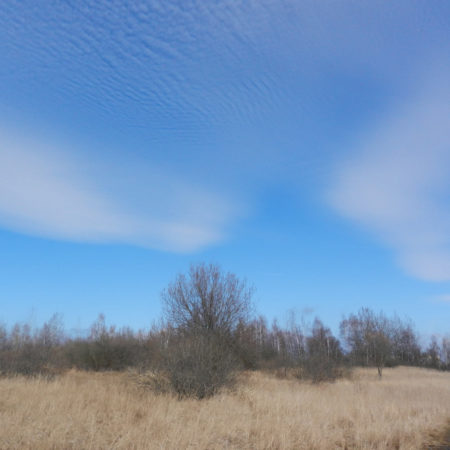 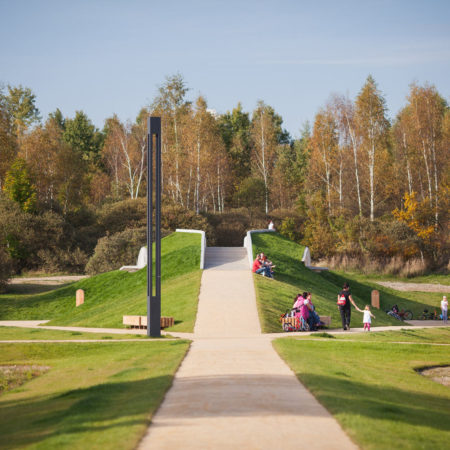 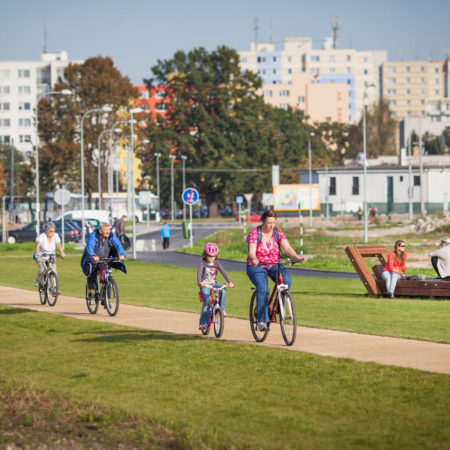 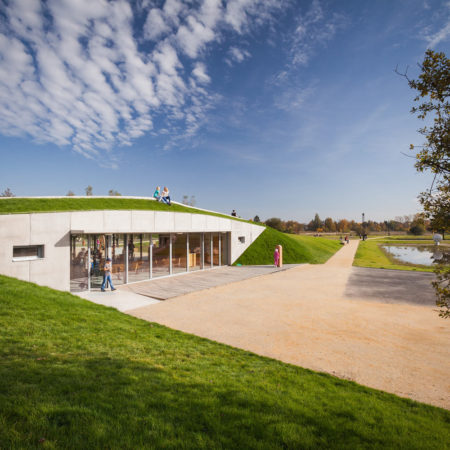 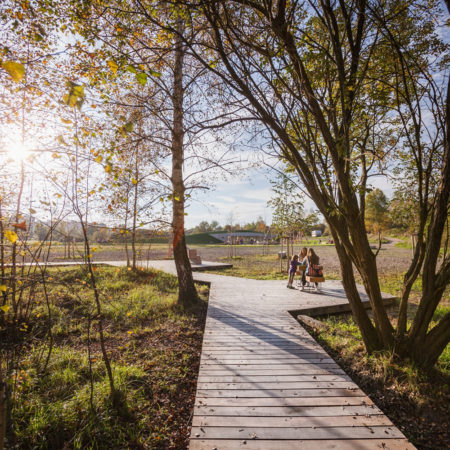 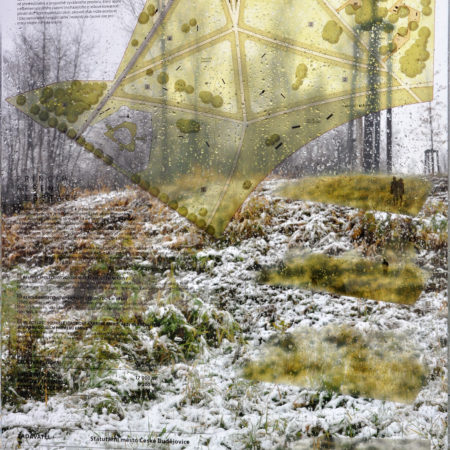 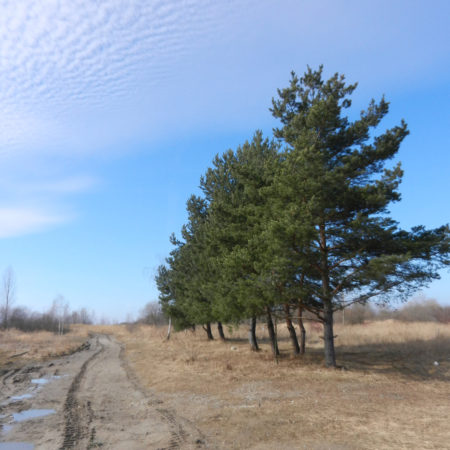 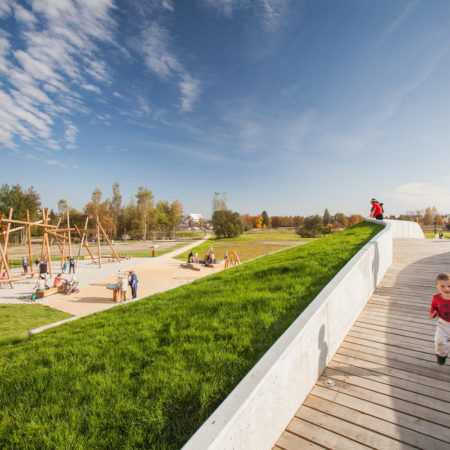 Why this project should be awarded? – New way for the new park in the 21 century. We are first with rehabilitation of brownfield by concept the principle of directed succession with todays architectural form, in our country.