Located in the Funan River History and Culture Zone of Chengdu, the University Road is an essential thoroughfare in front of the famous West China Union University. The surrounding community has diverse commerce and functionality, and has witnessed the university’s ascension to become one of the top medical schools in China.

The University Road urban micro-renewal project has successfully revitalized the memory of old Chengdu on this “growing street”. It upholds the living conditions of residents, uses modern design techniques to explore the storied history of West China Union University, and respects the historical architecture that blends Chinese and Western styles. The landscape design implements a series of unique innovations to the region. A timeline installation called “Time River” connects the site’s spatial nodes in an orderly manner, making full use of the previously vacant street corners. The structure of University Road’s public space aims to form an atmosphere that fuses new and old, injecting cultural activity into the local community. 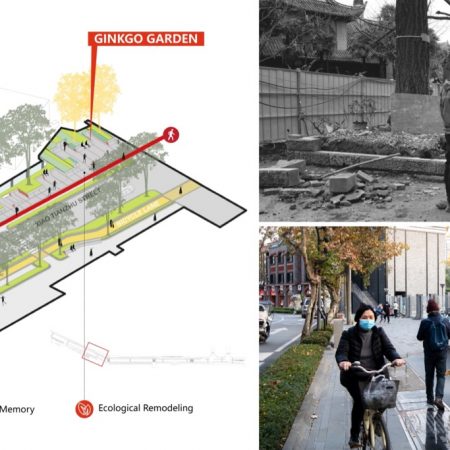 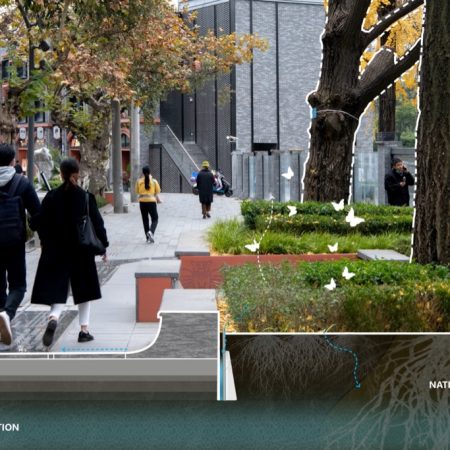 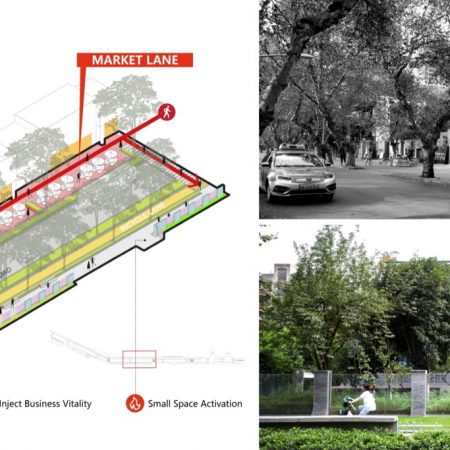 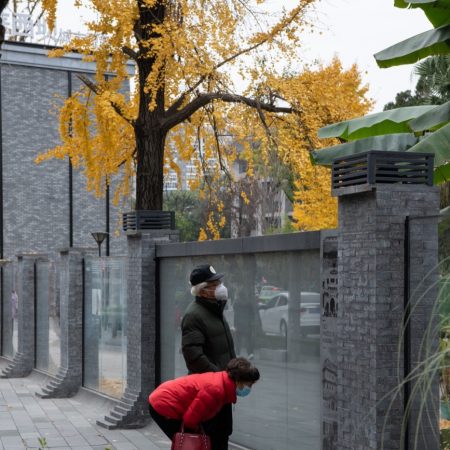 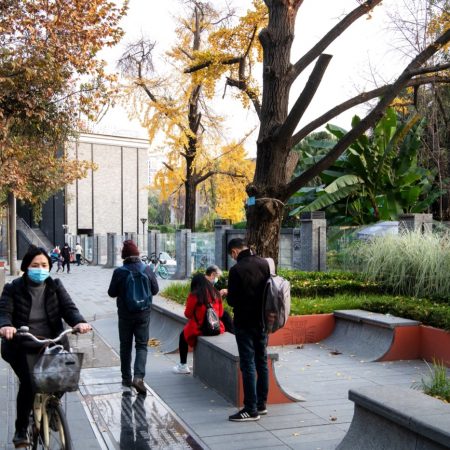 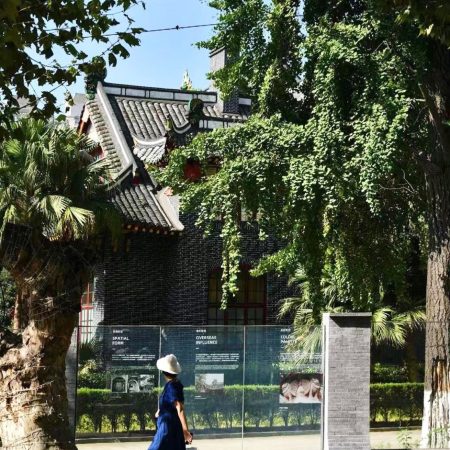 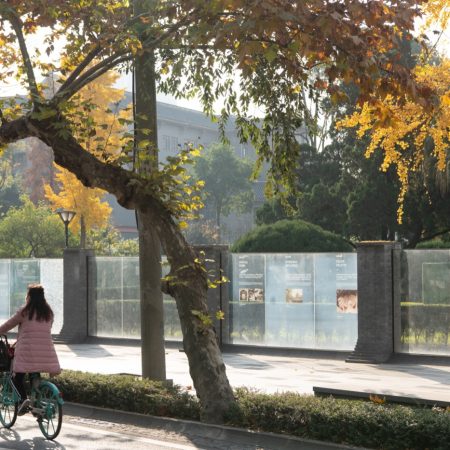 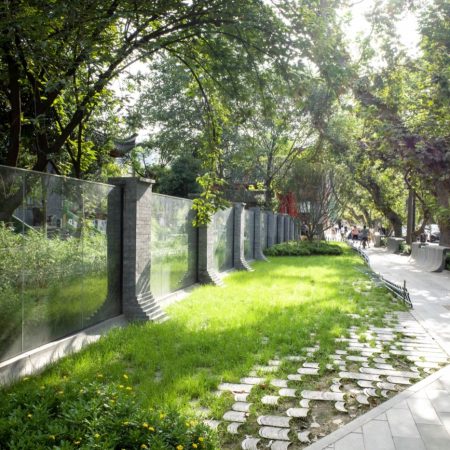 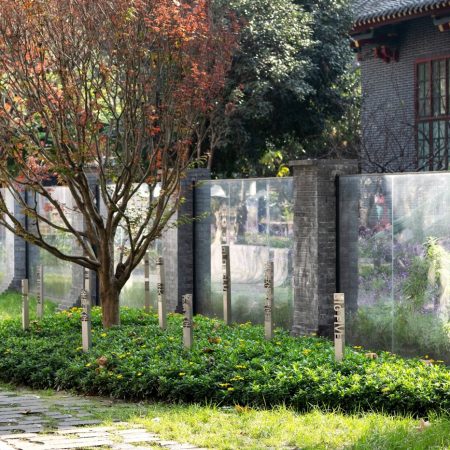 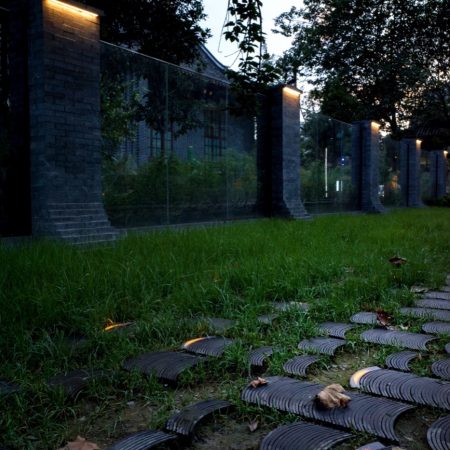 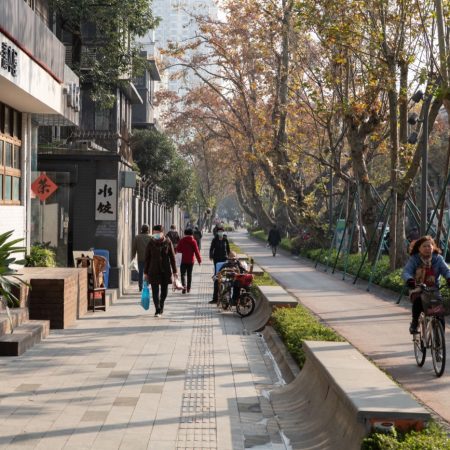 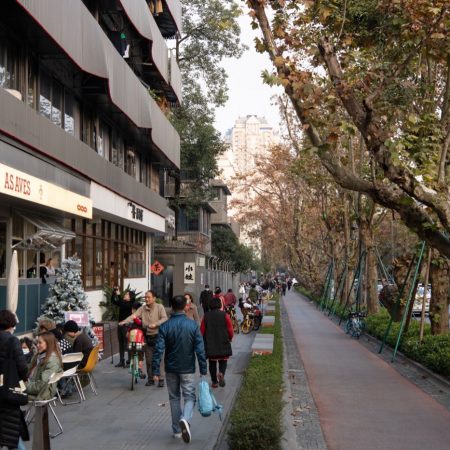 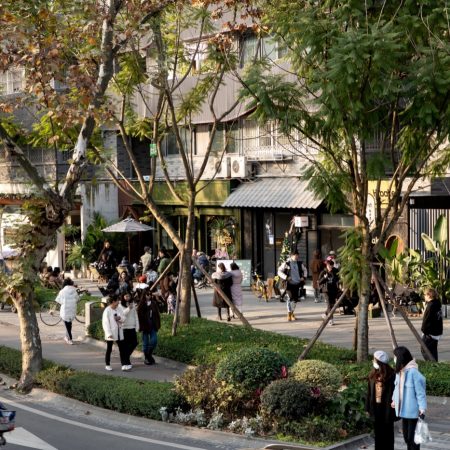 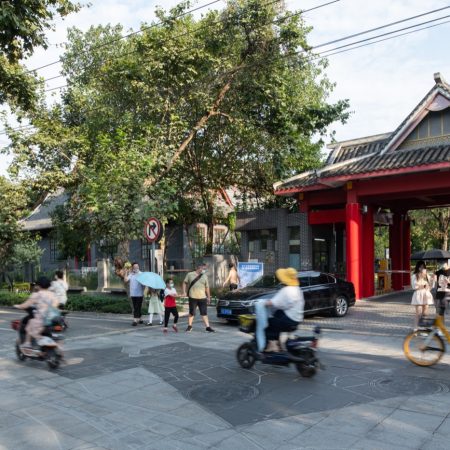 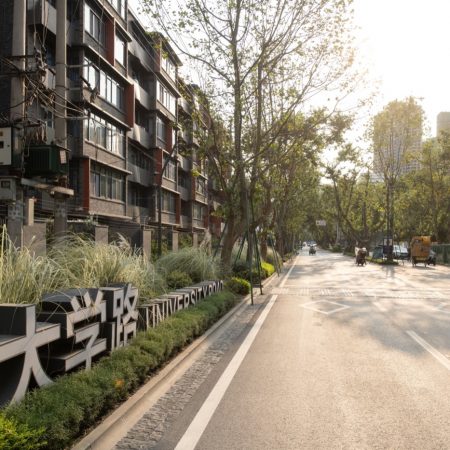 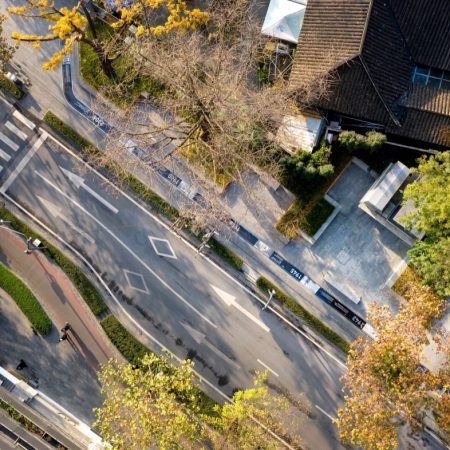 Near the University Road, the campus of West China Union University holds many distinctive historical buildings which were built by Western missionaries in imitation of the Eastern style. The most difficult of this project was to organically integrate the historical aspects into the design of the road, so as to maximize the learning potential for pedestrians.

The University Road’s spatial node design focuses on reusing the left-over street space. The lotus pond under the clock tower of West China Union University is the starting point of Time River. The century-old historical elements, stories, and old photos of the university are hidden under the water and flow along in chronological order. Gradually, the surface of Time River turns into pavement, and at its end, one will find oneself in front of the historical architecture of West China Union University. Along the path, the original walls were removed and replaced with brick and glass, on which are engraved historical facts and details. The historical buildings appear faintly in the background.

Walking along the “growing street”, through the Old Tree Garden is the Historic District, which is enclosed by plane trees and commercial buildings. It forms a safe pedestrian space, in which automobile, bicycle, and pedestrian traffic do not interfere with each other. Many historical memories and details are hidden between the roads of the Historic District, as well as greenery, seats for rest, and pedestrian crossings. In order to contrast with the entrance to West China Union University, historical photos of the area are imprinted into the pavement here. The needs of automobile traffic are met while also forming the visual center of the whole road.

Plane trees dot the landscape of the University Road, forming a beautiful backdrop for activities. The design team did their best to preserve the trees that were withered from pests and treated the area with insecticide to restore the vegetation to life. At the same time, a garden was designed for two ancient ginkgo trees. The rain garden found on both sides of the University Road was integrated with the overall design to collect rainwater and redirect runoff. Combined with the sound organization and design of greenery, this system effectively controls rainstorm management in the area.

The new University Road is a successful practice in urban micro-renewal. It displays the century-long history and glory of West China Union University. From a public realm perspective, the landscape design helps solve the traffic and function problems of the critical roads near the University’s campus. We repurposed abandoned street corners to serve as meeting or rest areas, with benches and tables for sitting and talking. With the revival of the plane trees that have witnessed the area’s growth and decline, an old street hidden in the depths of history has been awakened with modern landscape design. All the bountiful memories of Chengdu and West China Union University are preserved, and the culture pride of the local people is raised to a new level. 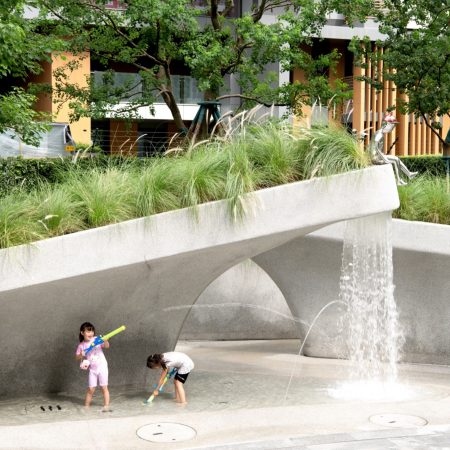 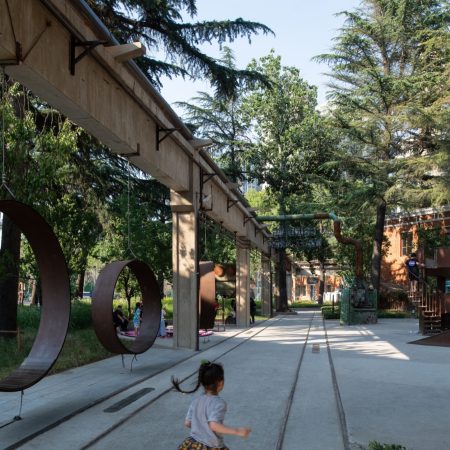 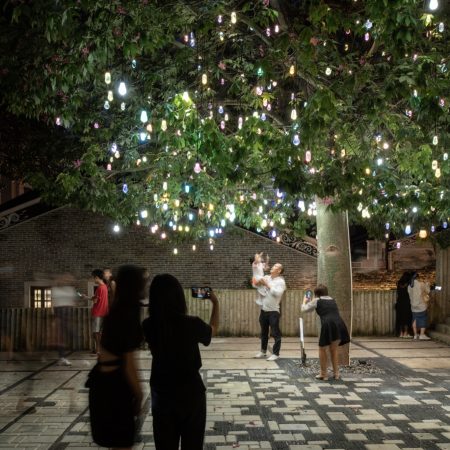 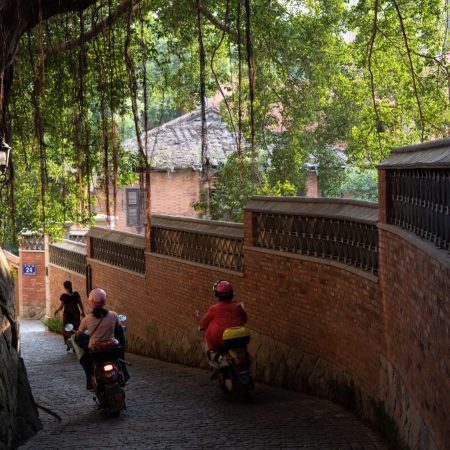 Yantai Mountain Urban Micro-Renewal: The Restoration of a Historic District in Fuzhou 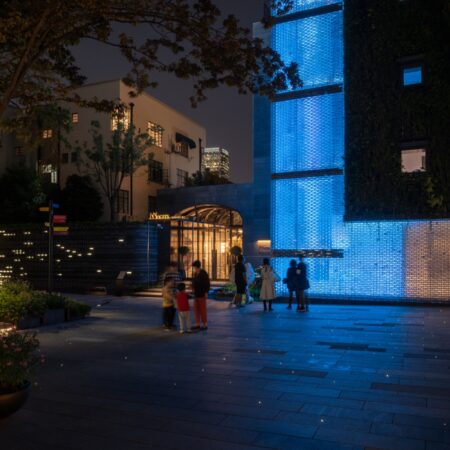 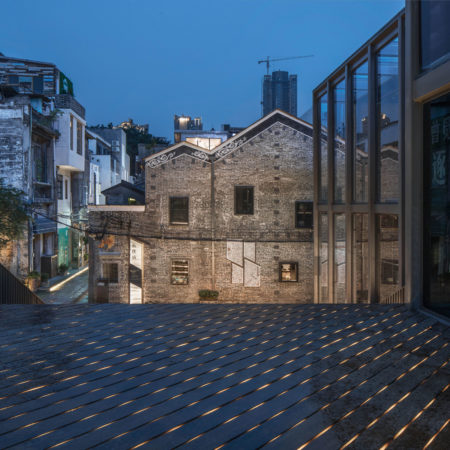