Located six miles from Downtown, the Houston Arboretum and Nature Center offers an escape from urban life and serves as an educational resource for the community and region. Founded in 1967, the Arboretum is bordered by transit infrastructure and the Buffalo Bayou. The landscape had evolved into an overgrown woodland, overrun by invasive species and early successional trees. The canopy shaded out the understory, leaving a lifeless duff layer. By 2012, when the team began the planning and design process, the Arboretum had lost over 50% of its tree canopy. 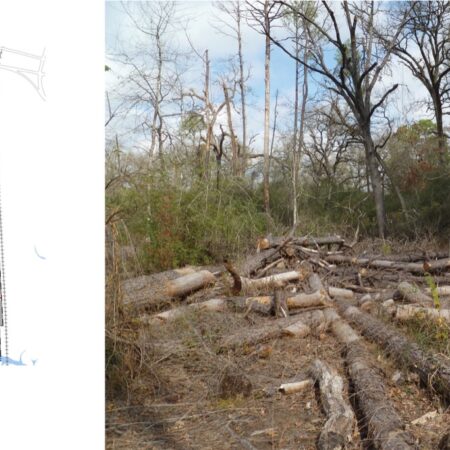 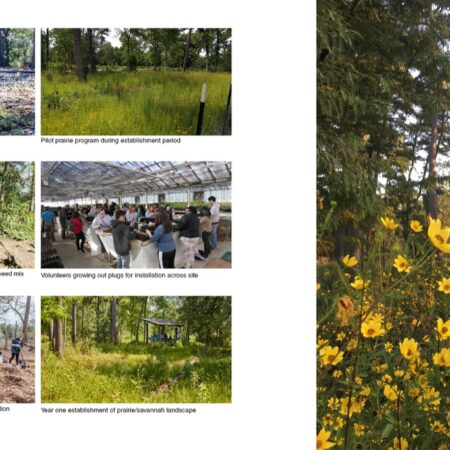 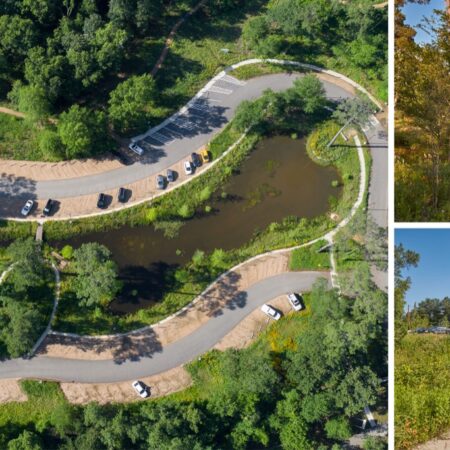 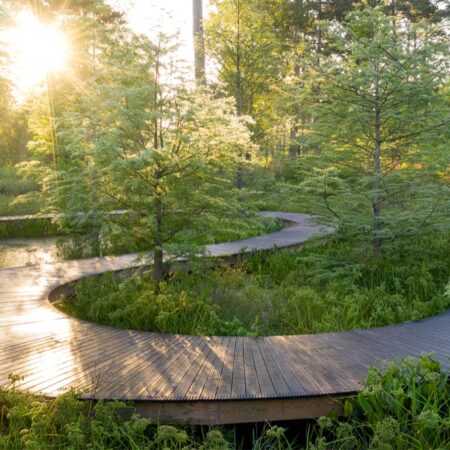 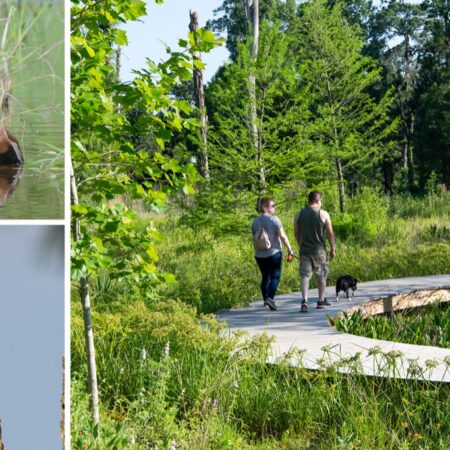 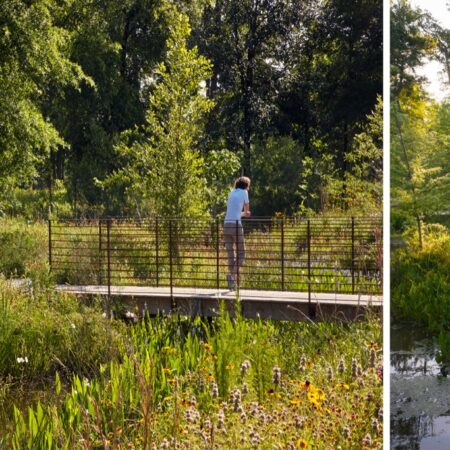 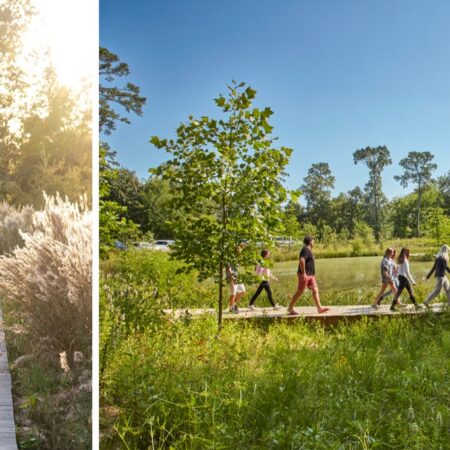 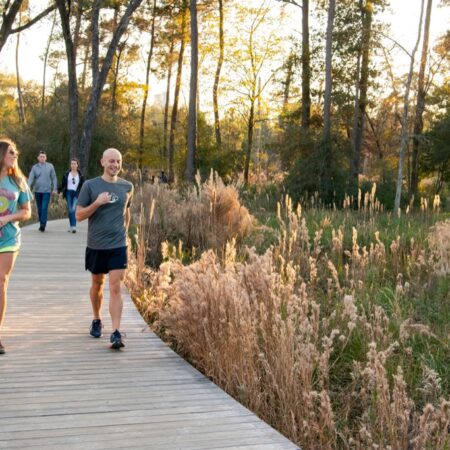 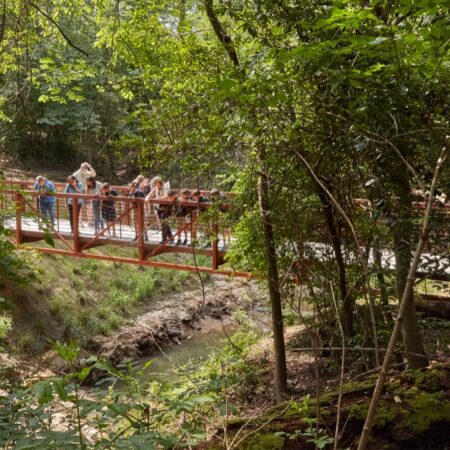 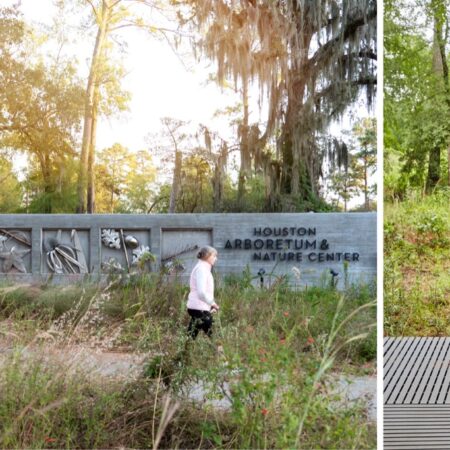 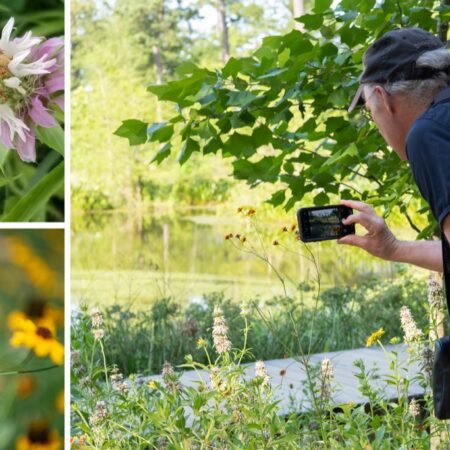 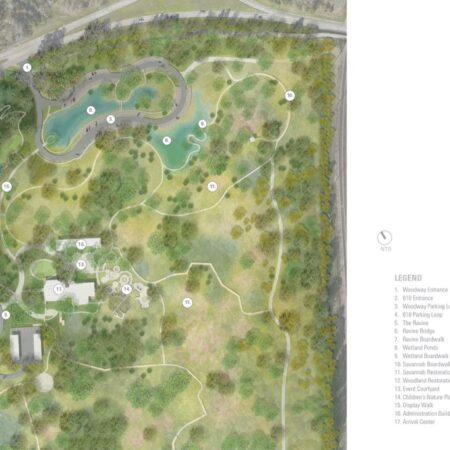 The Arboretum’s new identity has been realized through direct engagement of stakeholders at all levels of the design and construction process. The Arboretum enlisted the community as a way of teaching and fostering ownership of the resource –volunteers of all ages participated in vegetation removal, research and testing of soils and plants, propagation of plants, and planting. The Arboretum partnered with Memorial Park to use its nursery to grow 100,000 containers of native prairie plants collected from Katy Prairie Conservancy and other local remnant prairies. Charrettes with local experts and regulators addressed restoration goals, including management techniques, tree removal logistics, and native plant supplies. To explain the tree removal process to the City and public, restoration pilots were established in the savanna and woodland. The pilots tested soil treatments and seed/plug techniques and served as an educational tool. Input from scientists and community members alike played a pivotal role in the Arboretum’s successful restoration and transformation. The staff and design team engaged constituencies, shifting perceptions of natural beauty through dialogue.

New ecosystems drastically increase biodiversity at the Arboretum. A two-acre wetland serves many functions including detention, irrigation re-use, and an insect, amphibian, and bird habitat. Seven acres of woodland were restored and enhanced with new tree diversity and an herbaceous understory.

The ravine, a tributary to the Buffalo Bayou, is characterized by undulating topography. Community engagement indicated the ravine is the Arboretum’s most cherished destination. However, floods consistently destroyed trails and left bridge passages impassable. The team reset the natural landscape, balancing built landscape and natural change. New bridges at higher elevations were designed to handle flood inundation and flow velocity while a boardwalk trail system gives guests access to the lowest areas of the ravine.

The arboretum’s first phase of implementation has served as a model for city agencies, influencing how public landscapes are developed and maintained in more sustainable ways. Strategies implemented at the Arboretum have been emulated in such public landscapes as the neighboring Memorial Park. In addition, research is ongoing. A long-term monitoring program was established in 2015 to monitor vegetation changes. Data shows invasive species have decreased, tree diversity has increased, and pollinator presence has doubled. The savanna provides habitats for new species of birds that had never been recorded on site. Mowing, manual removal, and selective herbicide control invasive species. In 2020, goats were used to mimic large grazers, helping control invasive species and adding nutrients to the soil.

Houston Arboretum has transformed from a disturbed woodland with limited species to a landscape that sustains a great diversity of life — a place of learning, of quiet reflection, of wildlife habitat, and of gathering. The evidence is undeniable with annual visitation in 2020 of 652,000, compared to 169,000 in 2015. Following years of adversity and decline, the Arboretum to now positioned for wider appeal, greater relevance in serving its community and fulfilling its mission – to provide education about the natural environment to people of all ages and to protect and enhance the Arboretum as a haven and sanctuary for native plants and animals. 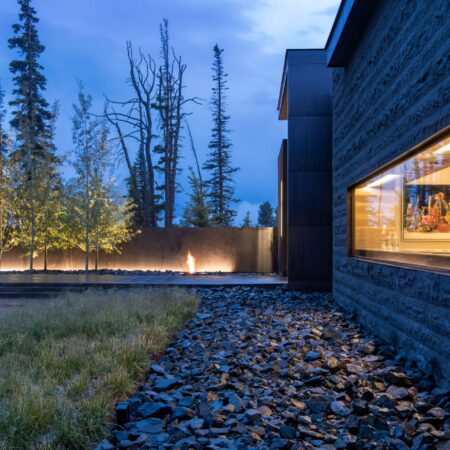