aldayjover works on projects of architecture, urban design and landscape attending to the specific character of sites and their relation to urban and natural dynamics. The architectural and public space projects are conceived as catalysts of future transformations of the city and the territory. The work is particularly renowned by its leadership in a new approach to the relation between cities and rivers as well as for the urban integration of industrial and transportation infrastructures. Urban river fronts are conceived as socio-ecological spaces in which negotiation between floods and civic life is possible without catastrophe; industrial typologies are integrated into the urban and civic realm ensuring transparency and healthier environments; and transportation infrastructures are opportunities to transform the public space and the city fabric. These projects are considered ‘hybrid-landscapes’, ‘hybrid-architectures’ and ‘hybrid-infrastructures’, proposed as cultural artifacts of the Anthropocene.  aldayjover has also worked in several restorations of highly valued historical buildings developing a sense of continuity with history, as well as in social housing always intertwined with the arrangement of different scales of collective and public spaces. 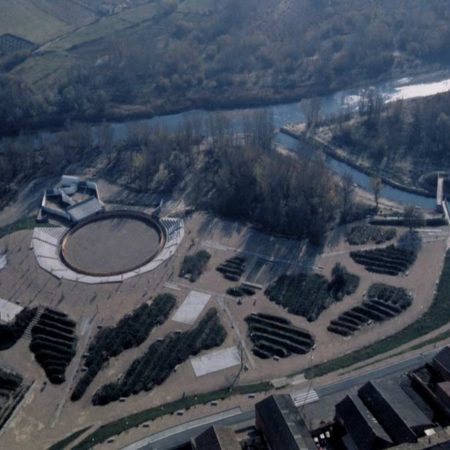 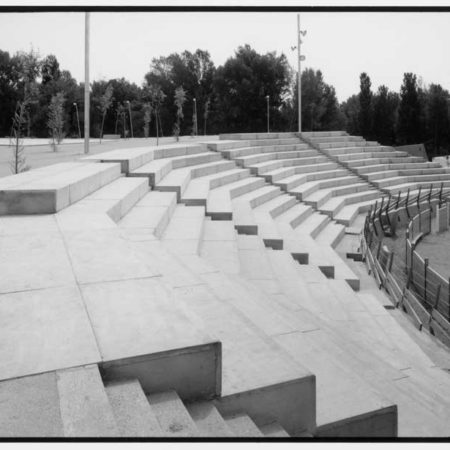 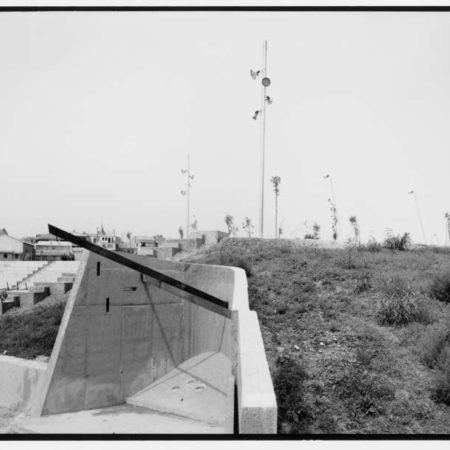 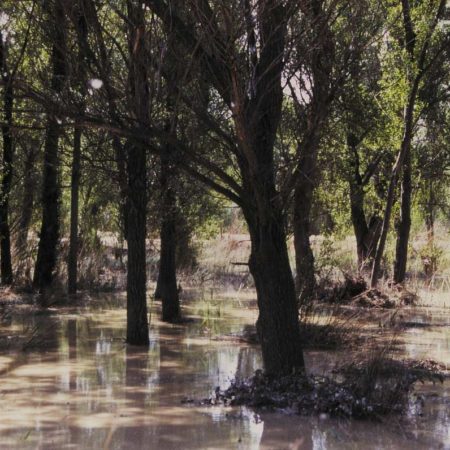 The project consisted in the sealing of a rubbish dump and the recovery of the space between Zuera village and Gallego River, a tributary of the Ebro, as public space. Three needs are the triggers of the landscape and urban recovery; on one hand the security problems of the southern part of the village, attacked perpendicularly by the river, on the other regain a connection with the river interrupted by two tailings, and finally, the desire for a permanent bullring. Public Space: A riverside walk, a park equipped with a floodable amphitheater, two squares and a pedestrian connection between the old town and the river connect the village to this new space and the Gállego River itself. Hydraulics: Water quality improvement, protection of the old town, and positive impacts on the River

Ecological aspects: sealing of landfills, restoration of the green corridor and riparian forest by cleaning and planting on natural drainage channels, removal of river border roads and recovery of insularity from the riparian forest and water sanitation driving down to the position of the filter in the project. Urban planning: a new road and two squares connecting the town, management of the new facade built, ultimately incorporating the river as an element of urban structure. Interventions are concentrated and austere as the meager budget (13.70 € / m2) is used largely in non-visible aspects (land consolidation, restructuring topographic, construction of collectors,…) 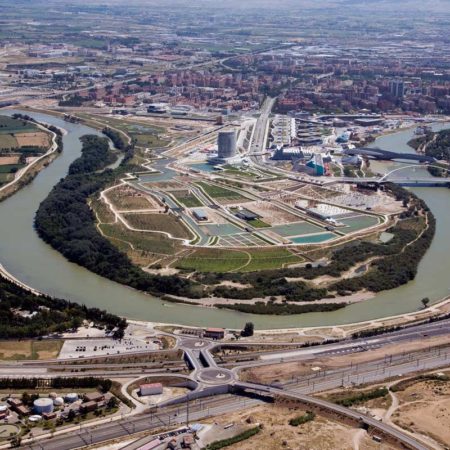 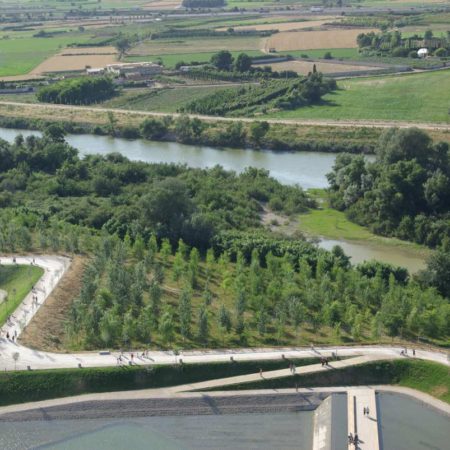 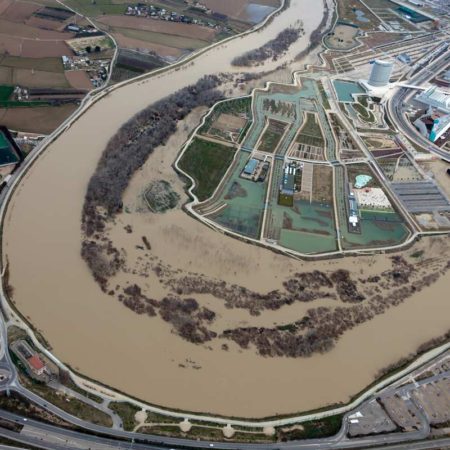 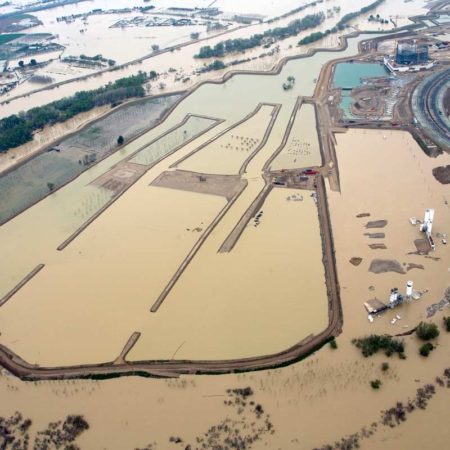 Our ambition is not to establish a brutal picture on the site but allow the soil to express its qualities: unlike architecture, the landscape is not drawn; it expresses the story of a territory and the relationship its inhabitants maintain with it. But primarily, the bend belongs to the river, providing overflow space and natural filtering through the vegetation, sheltering only the most delicate areas.

The alluvial forest has been reduced, through centuries, to make room for agriculture. The Park returns much of the surface of the riparian forest bend, in which is now accentuated the silvery palette of vegetation that covers the rest of the park.

To build on agricultural land worked and fertile, plots mutate their uses and modes of management and irrigation ditches and canals expand recycling meander structure.

The park is not an autonomous object and closed, but a landscape that reacts to everything around him. The boundary with the city concentrates most of the buildings, for which the Park finds a place for a ranking from the most built up to the more wild.

It organizes a living system, a journey that purifies the water from the river Ebro, the Acequia del Rabal and the water table to bring it clean for recreational use. At the end of its journey, some water is recycled for irrigation and some is returned to the river through infiltration lagoons inserted between tamarisk fields that condense a rich wildlife. 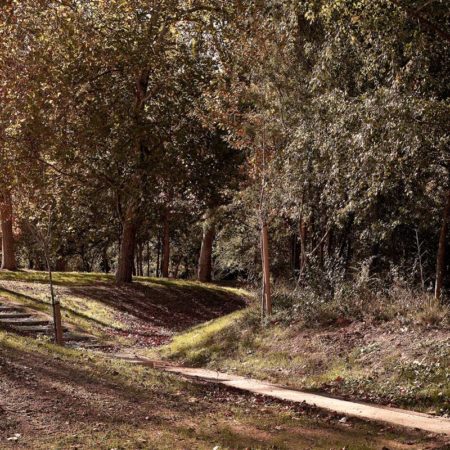 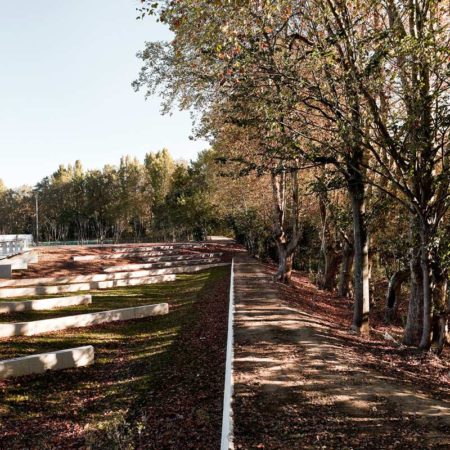 The meander is a privileged space in the border of the medieval Pamplona, outside the Renaissance walls, now placed in the center of the contemporary city, preserved by an extraordinary agriculture. The vegetable gardens have lived together with the river filtering the floods with bushes (instead of walls for protection), while at the same time confining and narrowing the waterway. The project aims to make space for the river and the citizens while keeping an important part of the cultural legacy of the agriculture. The lower part of the meander, parallel to the waterway but well inside, is transformed into a floodable forest. This forest is a new kind of public space inside the city, a space of negotiation between people and river, continuously evolving due to the natural dynamics. Usually taken by citizens to walk, play (games for kids), eat or study (in the concrete tables by the bridges), every spring will be (even under construction, has already been) taken by the river for some days, bringing new rich soil, seeds and life. Water, running inside the park, is part of the new always-changing landscape. In the meantime, when accessible to public, it is also the rainwater collector of the whole meander in three wetlands that enriches the biodiversity. 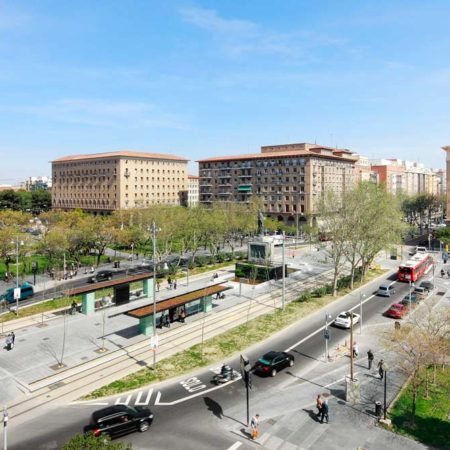 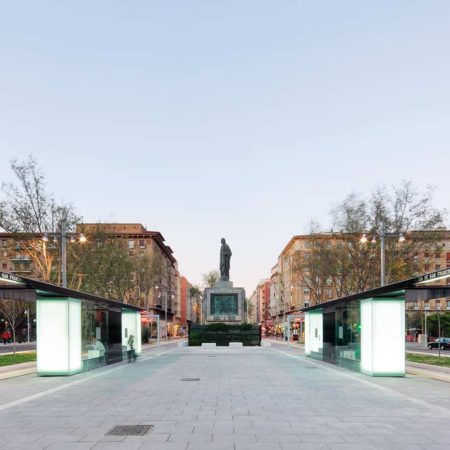 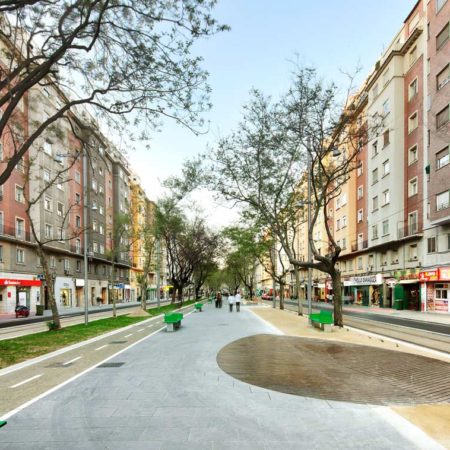 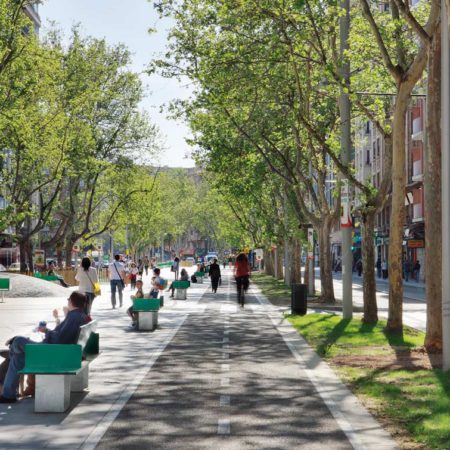 The commitment to implement the tram in the city of Zaragoza with a first line that runs through it completely from north to south, crossing the historic center, it becomes an opportunity to regain space for pedestrian walks to reform obsolete and solve problems of continuous pedestrian in addition to traffic calming, public transport priority and the introduction of cycle lanes in a systematic and continuous. Urban integration is the incorporation into the public space of all logical that cross the city: pedestrians, cyclists, public transport, private vehicles, neighbors, merchants, visitors, history, culture, urban development, vegetation, water … The proposal gives priority to the weakest users and pedestrian continuity forcing the removal of architectural barriers, reforming key squares and historically isolated from traffic by adjusting the position of the stops combining the logic of the urban transportation and establishing a system of paving and coherent urban elements throughout the city, to democratize the quality of treatment of public space without differentiating neighborhoods. Shelters, as the other elements, are designed in accordance with the severity of the climate of Zaragoza, a shade cover and wind protections becomes an element of identity, a large shadow with night lighting, capable of accommodating all seeming complexity in the simplest installations. 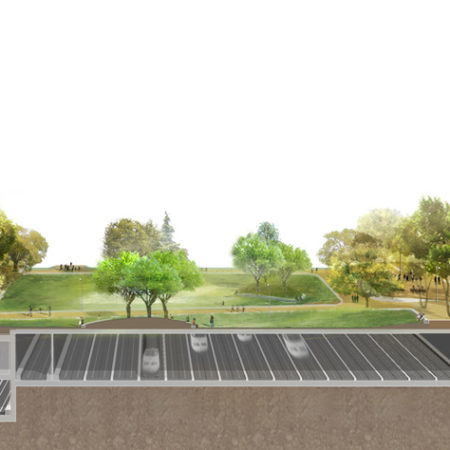 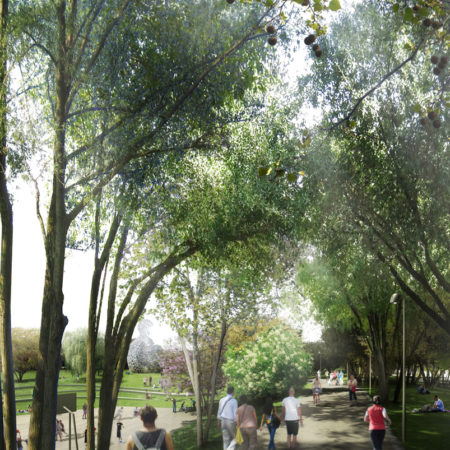 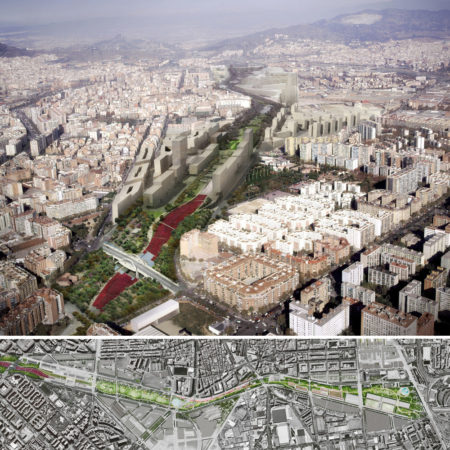 The La Sagrera linear park represents a new ‘slow’ Barcelona, giving relief to the urban rush. It adds to the local biodiversity introducing a new, slow and easy crossing, facing the famous Diagonal Avenue, paradigm of the urban life. With the connection of high speed trains towards France, Barcelona faces new urban transformation. Historically, roads, aqueducts and canals, and other infrastructures were located on the edge of the Besòs delta area. In the same place, railroads increased the division between the two areas. The development of small towns along them, on both sides of the tracks, to connect and create the great Barcelona with the Cerdà Plan, finished cutting severely the northern part of the city with this infrastructure corridor. The renewal of the rail system gave the opportunity to create a new axis of transportation, Sagrera station, and covering the trench formed by railway. Vacant plots, previously occupied by the railroad system, will be developed to create new urban facades and connect neighborhoods through the public space at the top of the structure. A new Park will transform the North of Barcelona, balancing the city toward the Center originally planned by Cerdà, the Glories square, at the intersection of the three main avenues: Diagonal, Meridiana and Gran Via. The Park is also a proposal that goes beyond the area of the city of Barcelona and will build a regional story. It is a stretch of a natural, cultural, touristic and economical path, the Camí Comtal. 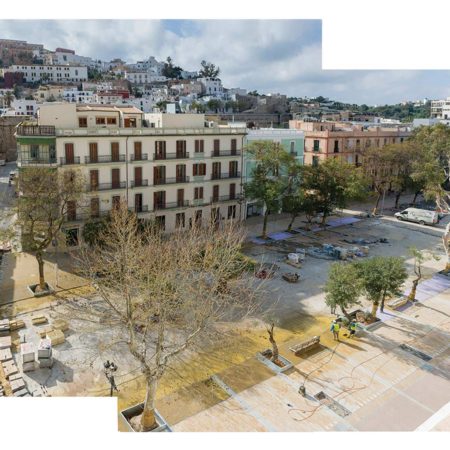