Wynyard Quarter was once a bay known as Waiatarau ‘The Reflecting Waters’. The land was incrementally re-claimed from the Waitematā Harbour over the last century, and has served industrial purposes for most of that time – housing bulk storage of tallow, cooking oils, petrochemicals and caustic soda colloquially known as the ‘Tank Farm’. Over the past two decades, the Quarter has been iteratively transformed, extending Auckland’s public waterfront to the west while providing new mixed-use development and housing.

This project identified a need for an open space at the geographical centre of the Quarter. In contrast to the water’s edge spaces which serve the broader population of Auckland, this space would be oriented toward the local community. Key functional constraints included addressing significant ground contamination, providing flood detention and resilience, and incorporating pumpstation infrastructure within the park itself. 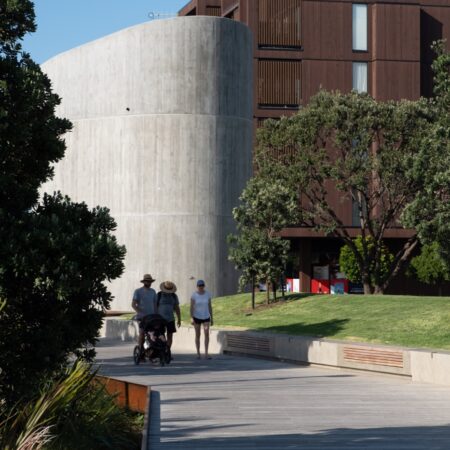 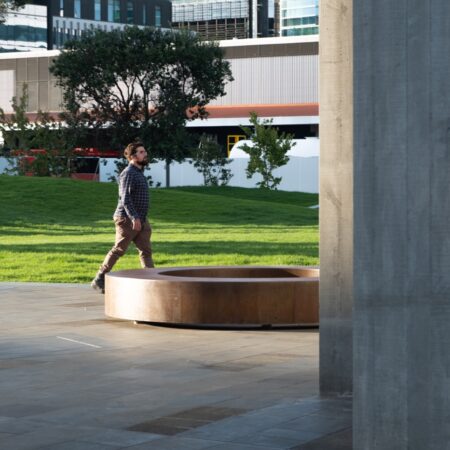 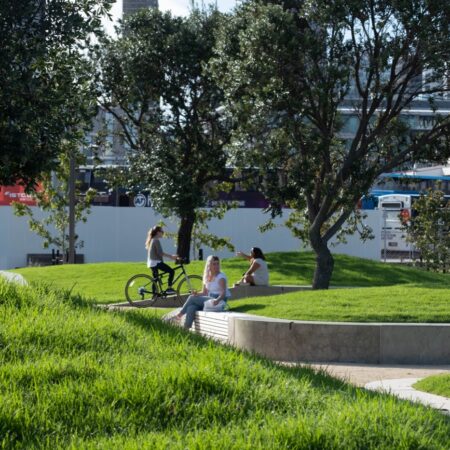 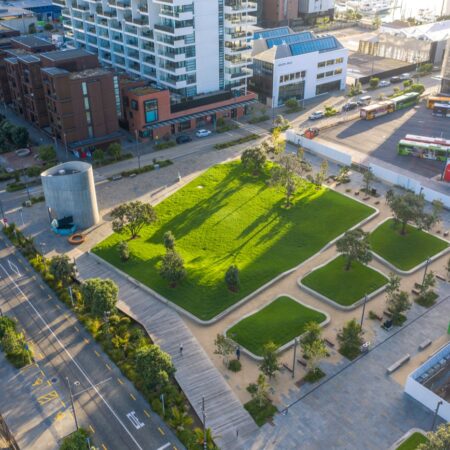 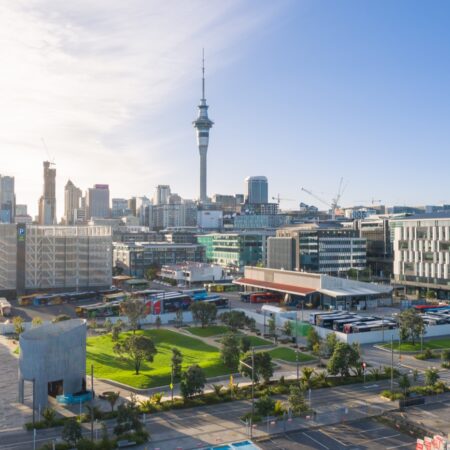 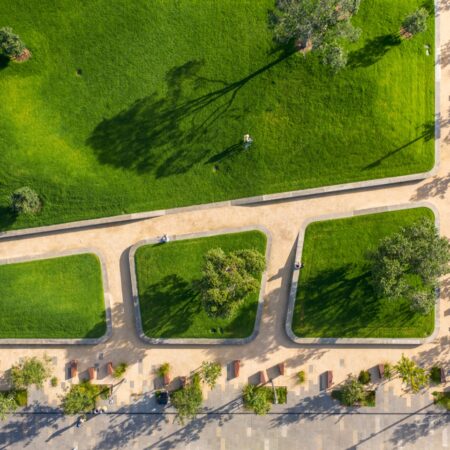 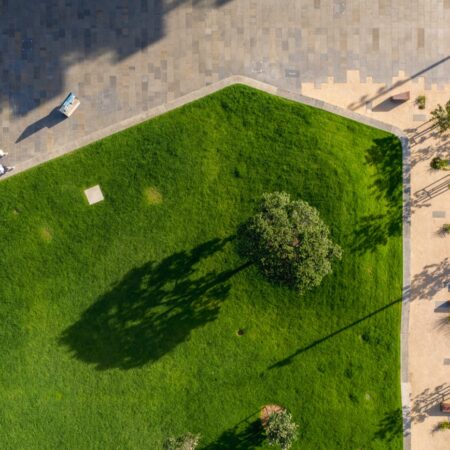 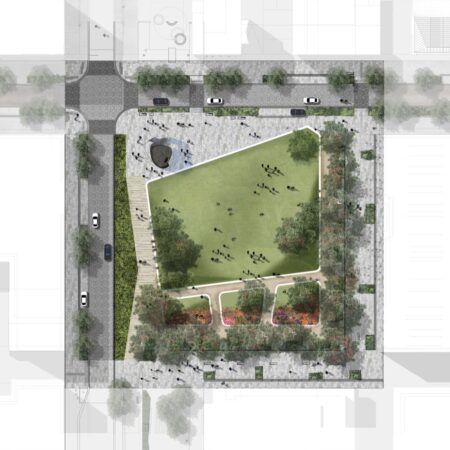 The sophisticated park topography explores a relationship between the coast, original seabed beneath, and the horizontality of reclaimed land. Acting as a form of informal furniture, the topography accommodates a range of passive and active recreational and event programs that support and adapt to the requirements of this new, growing urban community. Purposeful placemaking strategies enable the park to continue to evolve, activating the parks edges.

Significant enabling infrastructure is integrated throughout the park including the Watercare ‘Pumpstation’ wrapped within a sculptural cylindrical pavilion that references the history of tanks, silos and industrial archaeology in this area.

In direct contrast to the existing highly programmed, urban and water’s edge spaces nearby, the design of Amey Daldy Park unifies the park and surrounding streets via a single connecting surface, building to building (a carpet of basalt), establishing pedestrian priority, disrupting the street network and creating a space you move ‘through’ not ‘past’.

The design language draws on the site’s post-industrial and coastal character. It integrates elements of the sites marine archaeology and establishes a native and ecological planting aesthetic which supports a water sensitive design strategy and ecological diversity. A vast vegetated swale provides significant flood capacity on this vulnerable, low lying land. Landscape is prioritised to reconnect, revitalise and re-energise the post-industrial ‘terrain vague’ of the Quarter’s core while bringing together people, ecology, infrastructure, buildings and landscape.

Large Pohutukawa trees from the former site have been transplanted into the park, evoking the sense of a mature coastal forest which predates the surrounding built form. Furniture elements in the park relate to the interaction of coastal narratives with the industrial history of the area – in particular the folded corten steel common in maritime construction, hulls and shipping containers. Timber, precast concrete and stainless steel elements recall materials which were emblematic of the wharves and warehouses of this precinct.

Amey Daldy Park is intrinsically interwoven with Daldy Street Linear Park. The Linear Park provides the second of the projects strategic urban design moves. This ‘hybrid’ space combines the functionality and linearity of a street with the rhythmical, spatial sequences and diverse programs of a park. Providing a 650m continuous green corridor between ‘land’ (the original coastline pre-reclamation) and ‘sea’ (the Waitematā harbour) the Linear Park culminates with Amey Daldy Park at its heart.

The designers provided overall urban and landscape design leadership, collaborated with mana whenua (indigenous people of the land), engaged with the local community, and were involved in every aspect of executing the project. The vision of the project united three separate city council organisations in a complex collaboration – Auckland Transport, Watercare, and Panuku Development. At the concept stage, this project received NZILA excellence awards for both ‘urban design’ and ‘sustainability’. The park is named after Amey Daldy, a pivotal figure in New Zealand’s woman’s suffrage movement, becoming the first such movement in the world to win the right to vote. 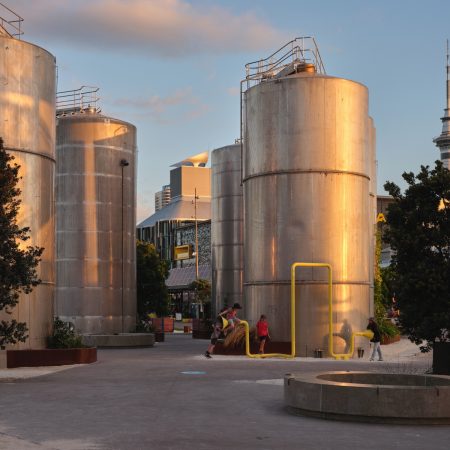 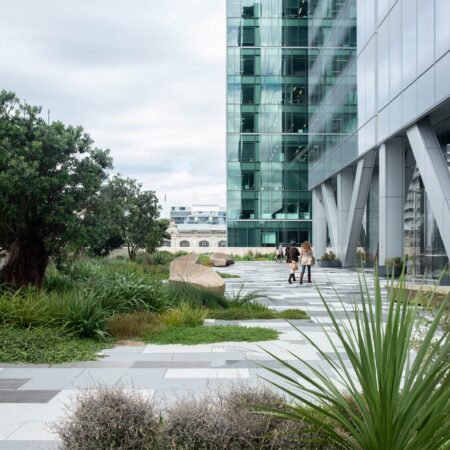 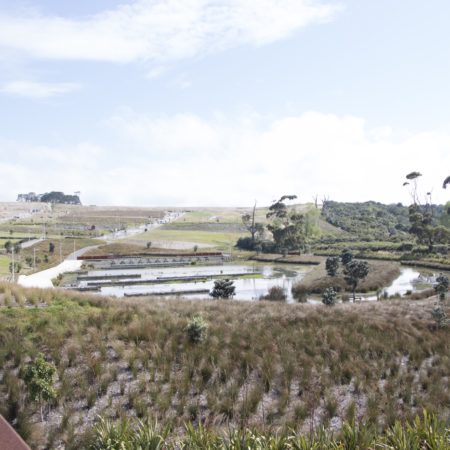 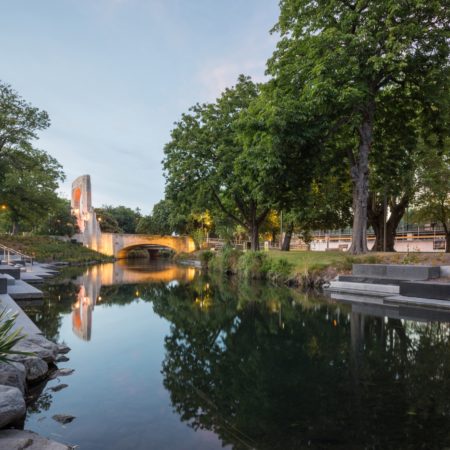 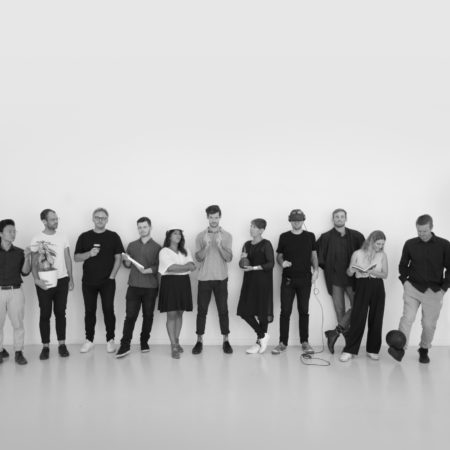