The Vijfhoek square is a green space located at the northern side of Zuid square and the train Station Zuid WTC. It take place in de Minerva axis, an urbanistic axis from
the Plan Zuid by Berlage. In This location comes two totally different ‘world’togheter, . from one side Prinses Irene neighborhood , a residential area with low buildings and villas made in the 50s and on the other side there is Zuidas with high buildings and skyscrapers that accommodate international companies. The needs and wishes of this two area are different, from a park-like where the children can play to a representative place where the people can sit togheter and have lunch. 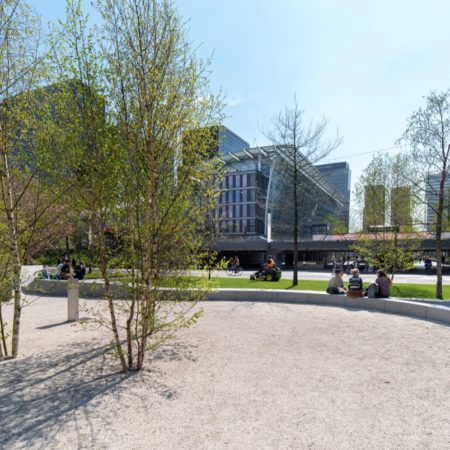 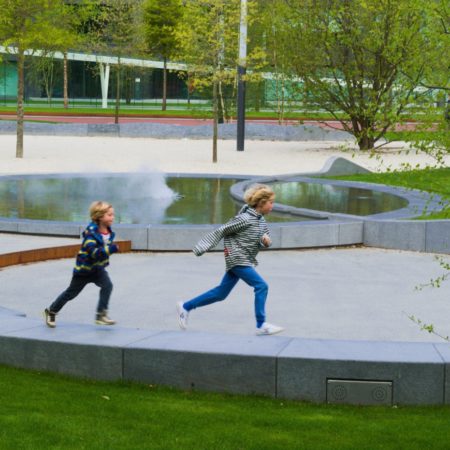 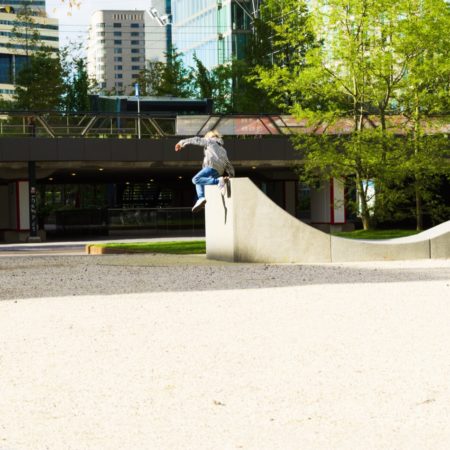 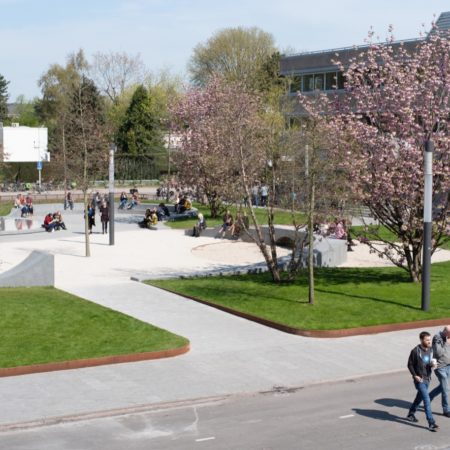 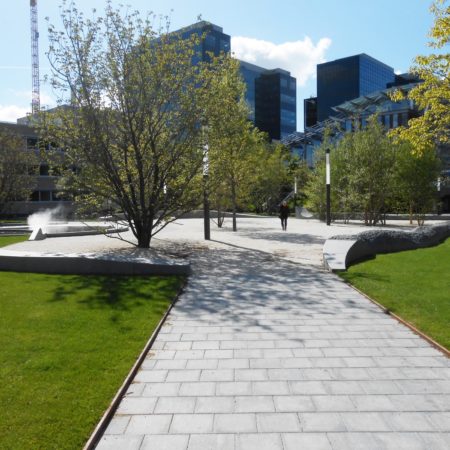 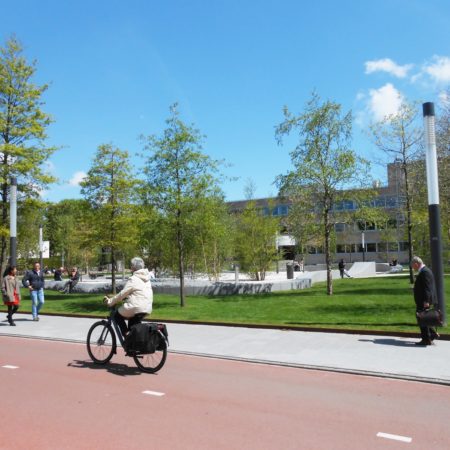 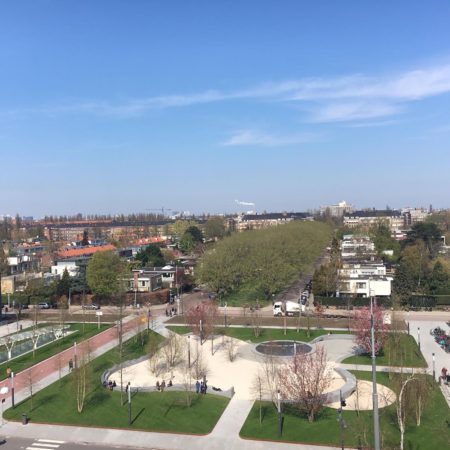 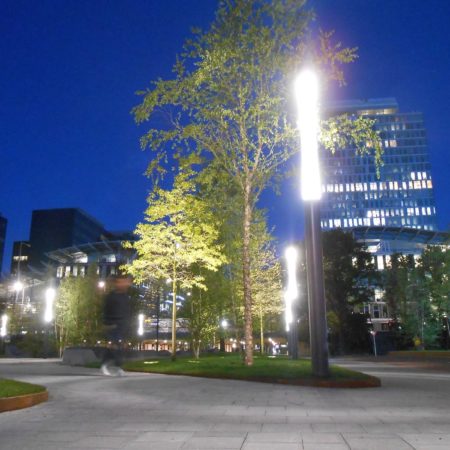 The core task was to realize a place where those different functions can come togheter. The result of the design process was founded in the idea of
‘ANIMALS IN THE FOREST’, a multifunctional natural stone objects with a sleek identity that are visually connected surrounded by green. The abstract form of the animals stimulates the imagination of the children in see different figures and prevents them to get bored and invites the user to sit , climb and slide on top but also lie down and doing some sport activity. The ‘Bird’ create a football field with a tribune on the side, this place is also used as a lunch spot because of the nice sunny location. The neck of the bird lie on the water feature in a form of stepping stones and in the middle, through a steamy-water jets the experience it’s even more exciting.

The ‘Snake’ has a raw side where young children can climb until is transitioning to a smooth surface that allow people to sit confortably with a back-sit or chill in a lounge portion. The ‘Crocodile’ is the high element en his paws stands in a sandbox. The shape of this animal can be rocognized for example as the bridge of a castle or a wall between two worlds. This element is a perfect place where children can experience the fun of using a playground object by being on top, under, in it and around it. The ‘Otter’ is a very low sitting element close by a solitary tree that can be used as climbing tree, this animal gives accent to the old old Zuid Axis since sit exactly in the middle of it.

The two animals on the west side of the square, near the entrance of Freshfields building, appears as ‘Moles’ with a sitting function. A ‘deeper’ design layer is defined by a rainproof aspect. The football field created by the bird is a water storage system in case of hard rain burst as well as half of the surface of the water-bound path surface ( half-paving). Most of the drainage stystem of all the paths and bicycle path of the square are orientated towards the 500m long infiltration strip that is located along the south side of Princes Irene street. This other project will be delivered in phases, aside vijfhoek square is not yet been made and instead has been laid a temporary planting bed until the Strawinsky house building
will be completely redeveloped. Under the square was realized a bicycle storage that can accomodate 3750 bikes.
The bike-garage is accessible by a tapi roulant on one side of the square and by pedestrian only from a staircase located under the Viaduct strawinskylaan to connect easily the storage with the train station. The garage ceiling package is located under a more or less one and a half meter distance from the above level of the square, this space allowed the design to accommodate big size trees.

The design process was made with an intensive public participation with the results of an underground bike-garage, a playground and a place where to relax. Those main achievement were very important for the users in the area and at the same time another important ingredient was the presence of vegetation in the design. During the design was paid attention to the types and location of every individual trees, from two type of Oak ( Quercus coccinea and Quercus phellos) and two type of Birch ( Betula nigra ‘Heritage’and Betula pendula) to a cherry tree (Prunus serrulata ‘Kanzan’). The two oaks and birches gives colour-leaves accent in the autumn, then in winter the leaves of one oak stays on and togheter with the barks of the trees creat still a colour accent. In spring, the flowers of the cherry trees make three pink splashs on the square and in the summer the whole square is filled with a green roof with few
opening that create sunny spots under the green canape’. The seventy trees were chosen to be multi or singular trunks and the size was also chosen to variate to maintain a naturalistic atmosphere as a ‘city-like forest’. The undergrowth layer is mainly grass with a blue and white colour accent in early spring generated by the presence of bulbs. This flowers are displayed in spots so the people could use the lawn to relax, do yoga and have lunch-breaks.