Located in Vienna, Austria, the city and the cultural implications of Central Europe offer a wide range of inspiration for our work. We are a team of landscape architects and architects interested in the pending questions of today! Working in various European countries, the projects range from large scale urban sites to small refined pieces of landscape architecture.

Our fascination with landscape derives from the continuous changes –of time, materials, growth. As we are concerned mainly with the built environment, we are used to cooperate in teams, with architects, artists, traffic planners and believe in the synergetic dimension of innovation.

The social changes in public spaces and private realms we regard as a continuous challenge and source for our inspiration. Time we consider as a building material, trying to design processes lasting longer than quick images. One of our focus became recently the creation of semipublic spaces on rooftops, offering thus new sites for work environments, playgrounds, housing and care units. Urban design between hard and soft surfaces, finding the appropriate relation between them, particularly in historical contexts meets our growing interest. The same applies to cautious revitalizations of urban Waterfronts, achieving remarkable effects with modest efforts.

Our design follows less functional aspects (which are of course part of the work) than aspects of composition: we create scores with the seasons, the vegetation growth, the change of materials and varied paces of experience. Our botanical search intends to offer variety and richness in times of low maintenance. 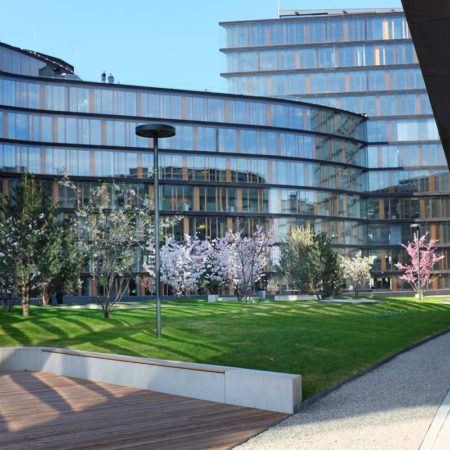 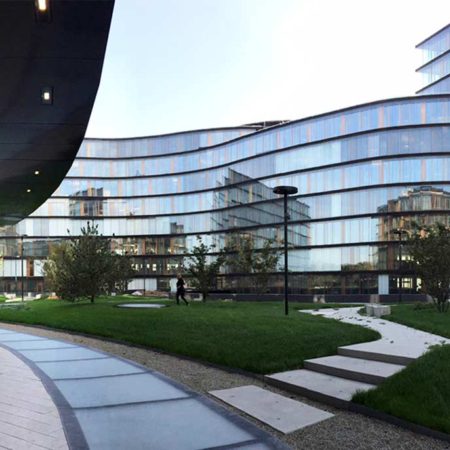 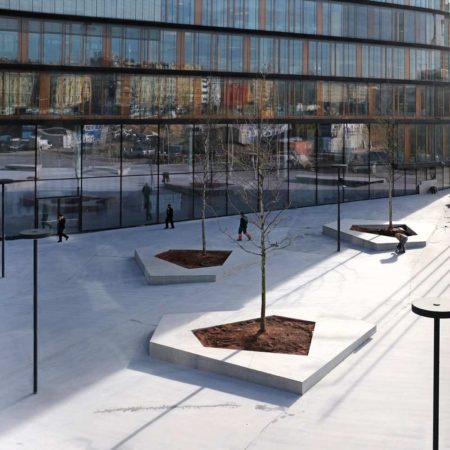 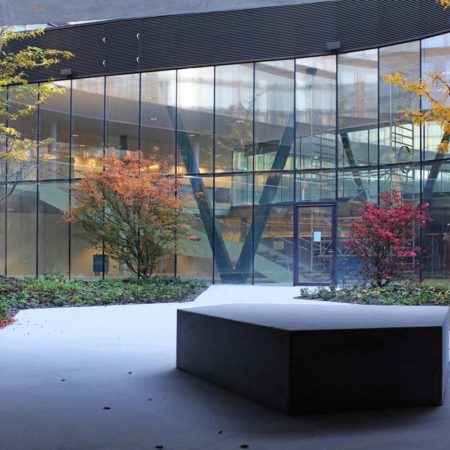 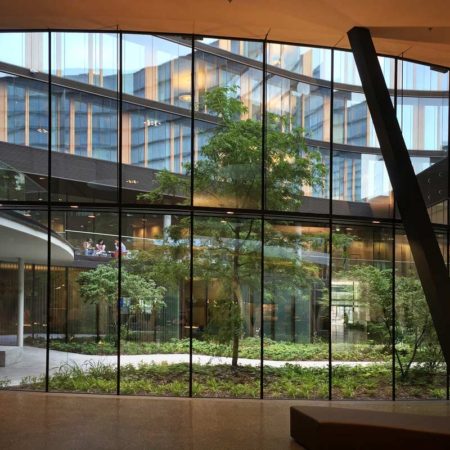 As a component of the Vienna Main Station urban development area, the new headquarters for 4,500 employees of the ERSTE Bank is emerging. The design of the open spaces offers the staff and visitors of the ERSTE Campus generous outdoor grounds that also provide attractive public path and plaza areas. Two plazas connected to each other by a public passageway and appointed with plane trees are being developed on the ground floor. The building complex includes four atria on the ground floor (with honey locusts, Japanese maples, as well as shrubs and ground-cover plants).

The garden level on the second floor unfolds over approximately 5,800 m² as a spacious grove of Japanese ornamental cherry trees, complemented in spots by pines, as well as maples on the event plateau. This slightly hilly “pulsating garden,” augmented by bushes and grasses, forms the landscaped clip between the individual structural components. Lying in the visual field of the Campus employees, it represents an open space of high use value and makes a major contribution to the improvement of the microclimate. 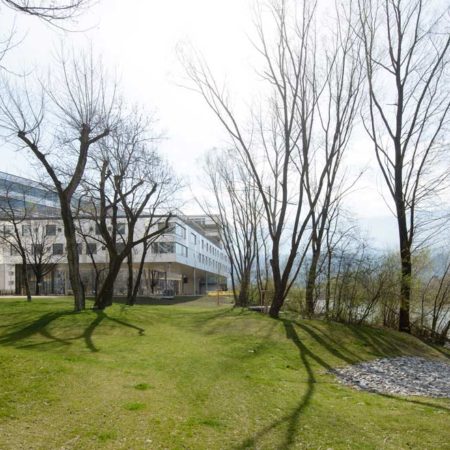 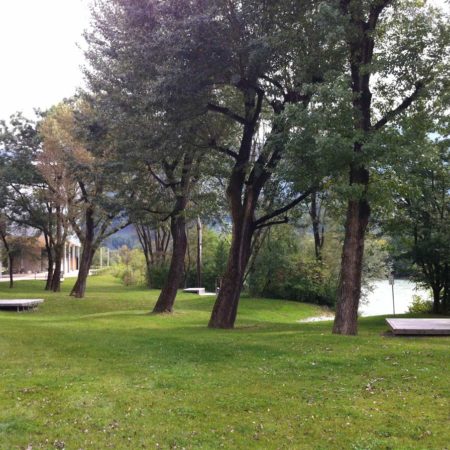 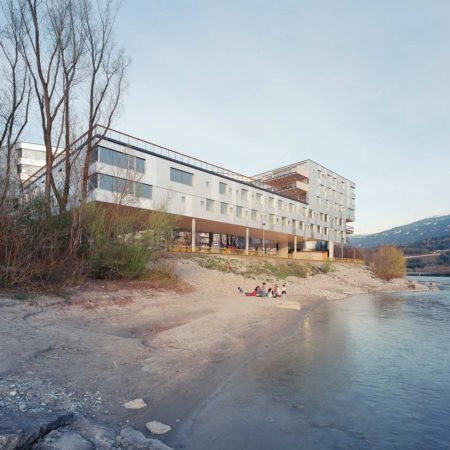 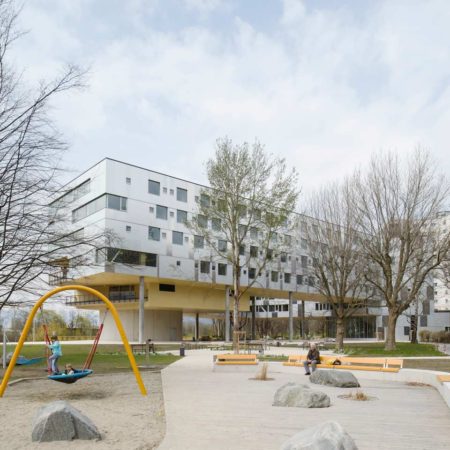 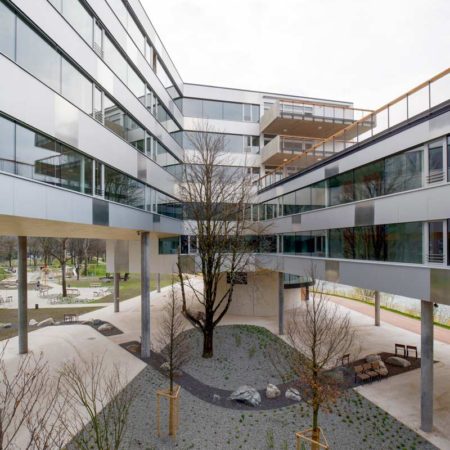 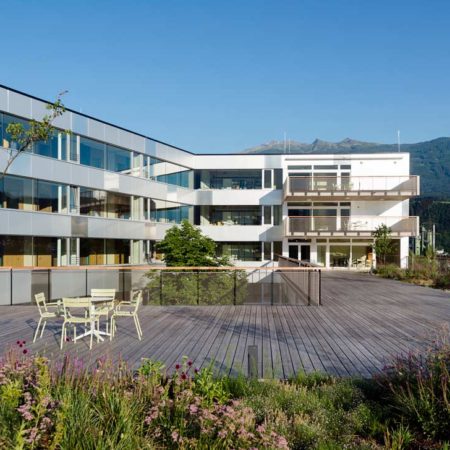 The new nursing home at the Inn-promenade in Innsbruck brought the opportunity to redesign and revitalize a strip of 350m along the river. As the building was constructed very close to the waterside it was necessary to change the flood line in the neighboring areas: shifting the promenade and bicycle lane north-east a new topography was created for the slope functioning also as retention area. The view through the tree row on the slope edge along the Inn was extended and the sandbank of the river gently modified. This green strip serves now as a recreation area for the population of the former Olympic Village. A square with a Cafe under the nursing home is open for the public. A large playground for children was build close by as well as a court for beach volleyball. An initially controversial project (because of its proximity to the river) has evolved finally as a distinctive additional value for the landscape 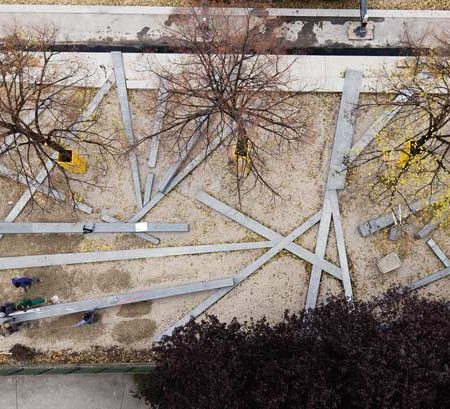 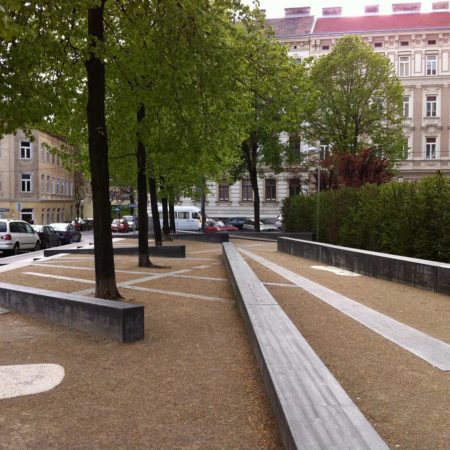 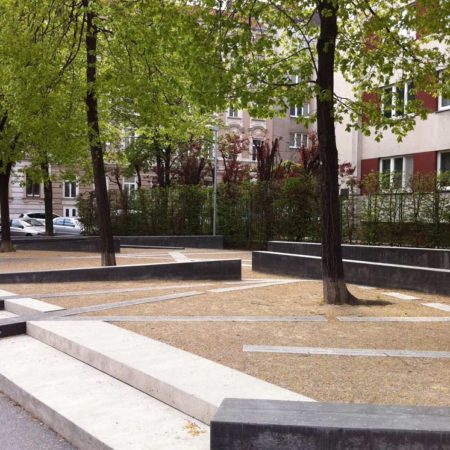 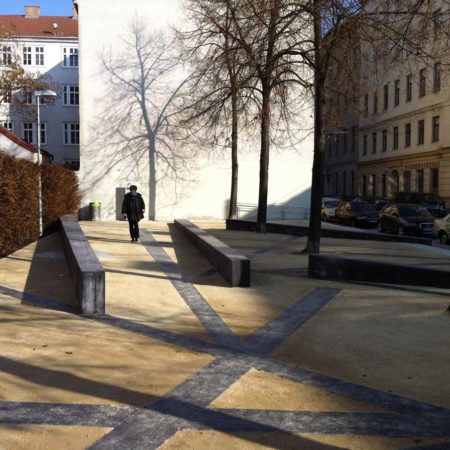 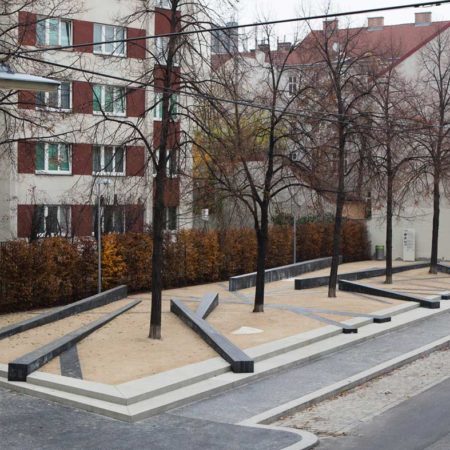 The open space is located in a part of an area where the Turner Temple, which was destroyed during the Pogrom Night of November 9/10, 1938, once stood. It was necessary to develop a generally usable open space.
The small plaza, with six existing lindens, opens itself, so to speak, as an imaginary space of the roof truss after the fire: like a scream that shatters the silence. It is a symbolic image, graphic design and furnishing at the same time a piece of reflexive archaeology, consisting of anthracite-colored concrete beams that are set into the gravel surface they grow out of. A distinct sign that maintains visibility and creates ambivalence at the same moment. Floor mosaics under the trees serve as images mediating between the past and the present. With fruits borrowed from the Torah, which likewise point to the everyday lives of migrants today who will predominantly use this public space: pomegranates, olives, dates. 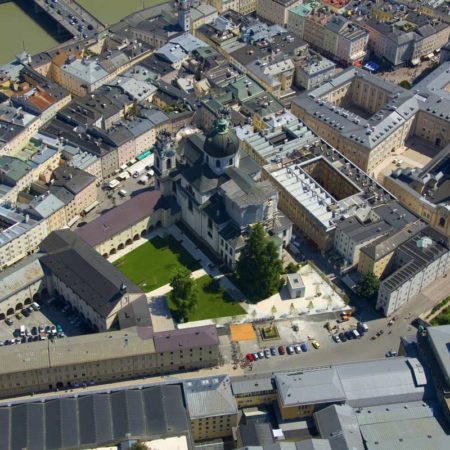 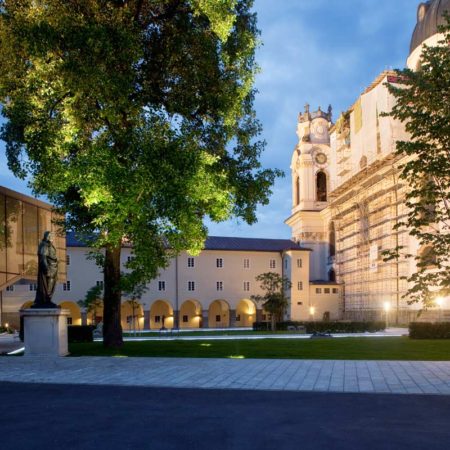 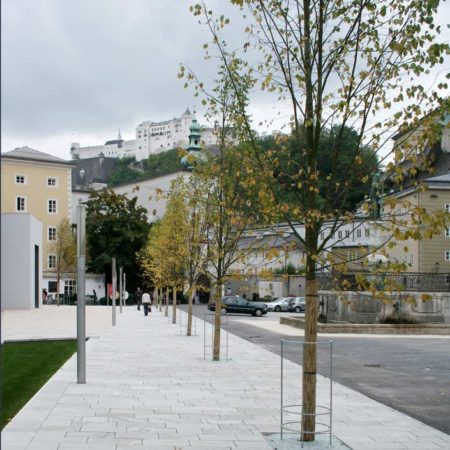 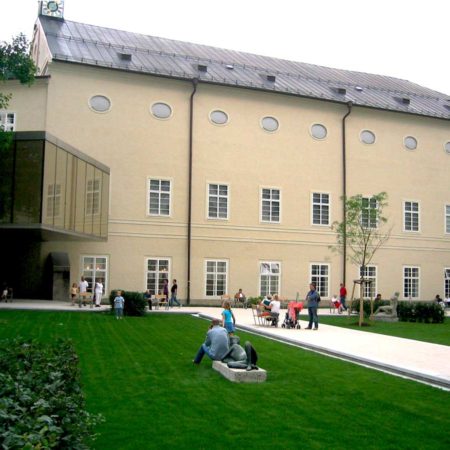 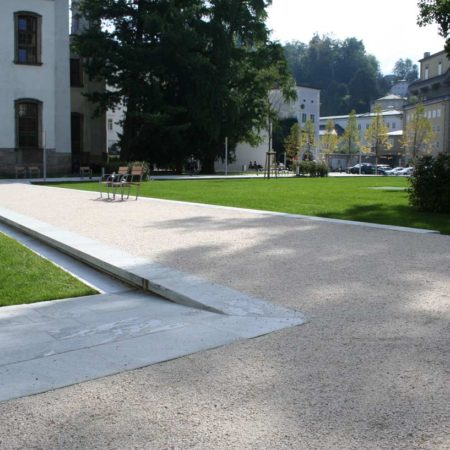 Project Description
Inserted between the Baroque Collegiate Church, the Old University and the Festival House, the garden area unfolds as a contemporary interpretation of the walled-in gardens of monasteries and cemeteries of Salzburg’s Old City. A walkable frame, partially made of green quartzite, partially applied in a bright, water-bound coat, forms the enclosure for the lawns that are lowered by a step. A new edge in the urban space emerges with a row of lindens towards the Max Reinhardt Platz. This mesh of promenades takes up the most important walking relations and serves at the same time as an ample recreational area. The deep parcels of grass which Japanese pagoda trees stand in are sewed together, as it were, with the promenades by scenographically placed hornbeam hedges.
Artworks by Fritz Wotruba, Anselm Kiefer and Erwin Wurm, among others, complete the ensemble, which likewise serves as a foyer for the Salzburg Festival.