Located in Weimar, Germany, the renowned home of the Bauhaus movement, the competition called for a creative design solution for how an existing open space, adjacent to a recently restored UNESCO World Heritage Site can be appropriately preserved and modernised, while taking into account the urban planning and functional requirements of the site.

The adjacent building, now home to the Faculty of Art and Design of the Bauhaus University, holds significant value to the Bauhaus movement, as originally designed by Belgian architect Henry van de Velde and used by the State of Bauhaus of Weimar from 1919-1925. The design process involved drawing upon inspiration from Bauhaus principles, in particular the idea of ‘stage’ becoming a guiding theme throughout. In the tradition of the Bauhaus stage, the existing spatial interventions of the site were transformed into atmospheric and spatially effective ‘open-air theatres’. The result encapsulated a series of separate, clearly legible – through simultaneous interaction – multifaceted landscape spaces that embody both modernity and the past. These spaces, the so-called ‘stages’, are created through combining meaning, interpretation and experience, all of which draw from the potential of the place. 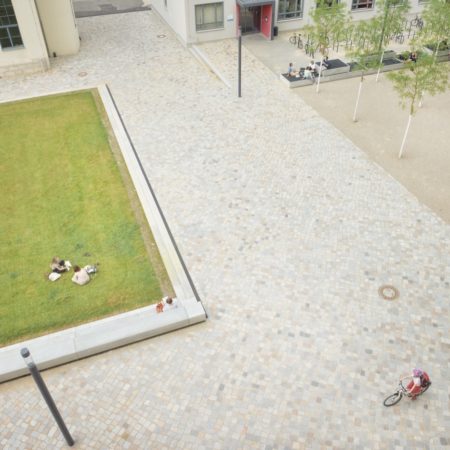 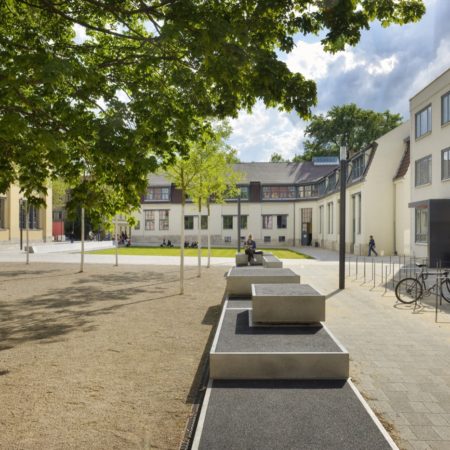 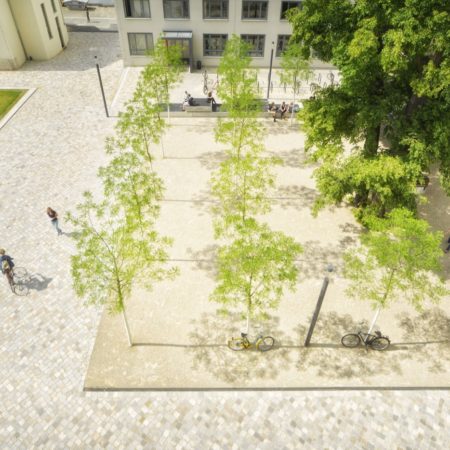 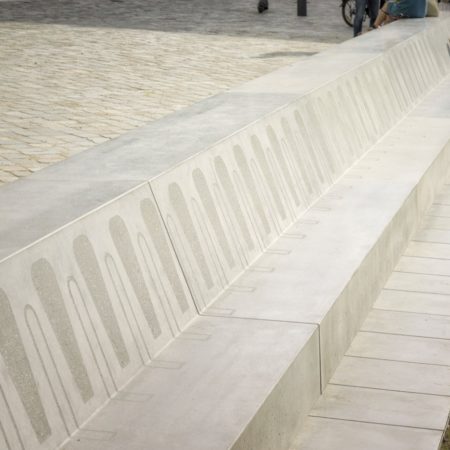 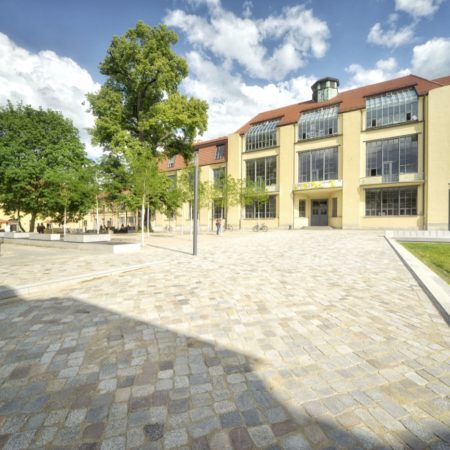 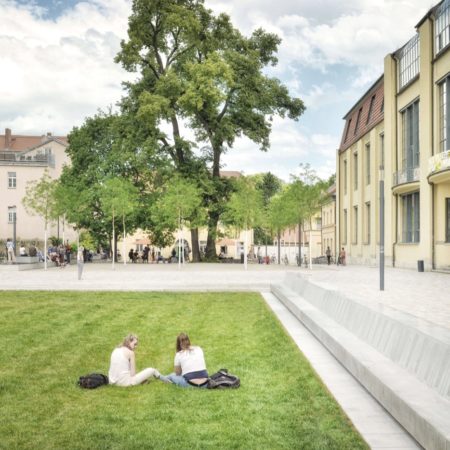 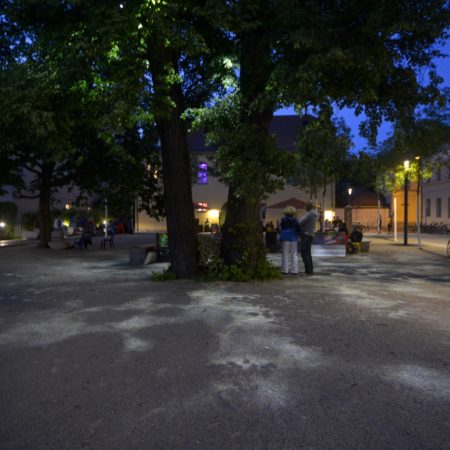 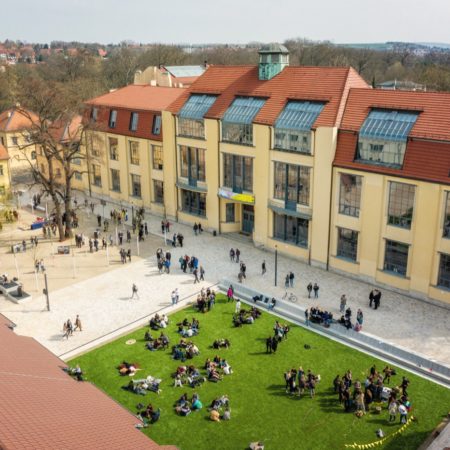 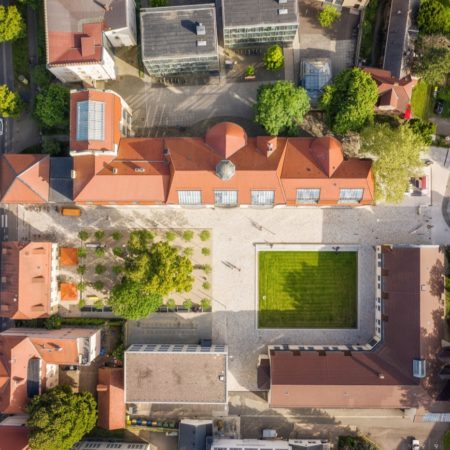 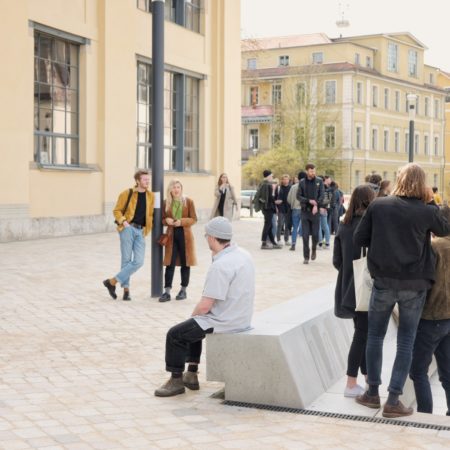 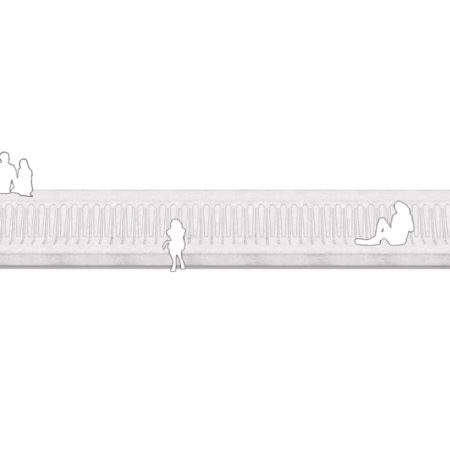 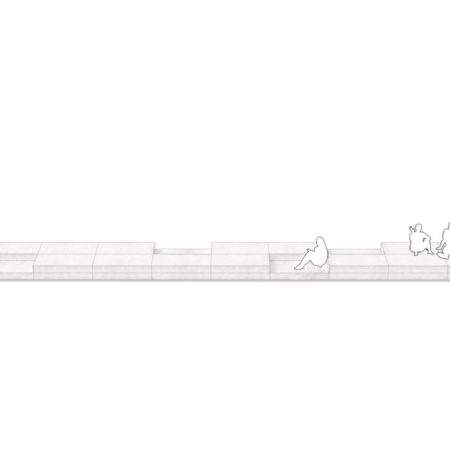 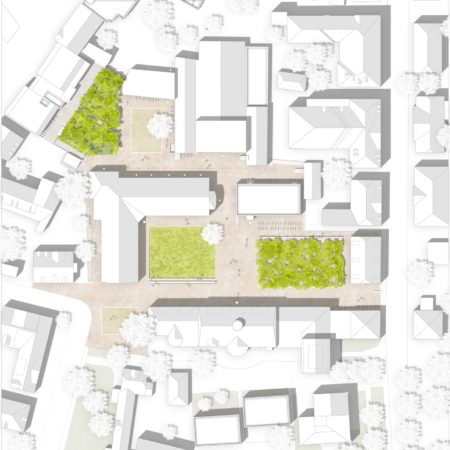 The ‘Tree Stage’, a concept embodying a plantation of trees as a single living unit, represents an attempt to strengthen the way in which one experiences the space. The design of the small entrance square refers to this, as does that of the campus meadow against the backdrop of the Van de Velde buildings. The simple, and in turn multifunctional campus meadow serves as a stage for a myriad of events, installations and informal exchange.

Through incorporating the expertise of lighting designers, the various characteristics and functions of the stages are correspondingly implemented with site specific lighting moods. The ‘Tree Stage’ in particular is given an atmospheric accentuation, with its trees offering both a place to capture the winter sun, while also creating a pleasantly shaded refuge in summer. In order to escape the hectic campus life, one can immerse oneself here in an atmosphere of relaxation, recreation and tranquillity. This is further enhanced with an evening mood, created by gobo lights situated above in the tree canopies, and bathing the area in atmospheric light.

The Balustrade Bench, an integral element of the space which is accessible by users from both sides, reaches a height that reflects the original balustrade once surrounding the building. In continuing to reference the history of the original border garden, the bench is embossed with a relief that captures the original pattern of the balustrade. With the elongated dimensions of the bench element, the Van de Velde building thus regains the appropriate spatial and open-space planning it once held and rightly deserves.