The urban fabric and social structure of Hamburg’s Wilhelmsburg quarter are currently in a state of flux. Because of this, it is especially important to create a sense of identity within this very urban space. The area surrounding the Wilhelmsburg train station and Berta Kröger Plaza only partially satisfies this requirement due to the transitory nature of many of the area’s facades and a lack of urban structural connections. The aim of our landscape architectural concept was therefore to create a coherent counterweight to the existing architecture in order to make an inviting atmosphere that can serve as a basis for a distinct ambiance and identity within the quarter. 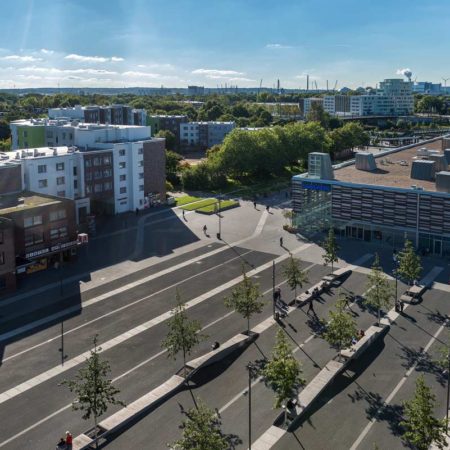 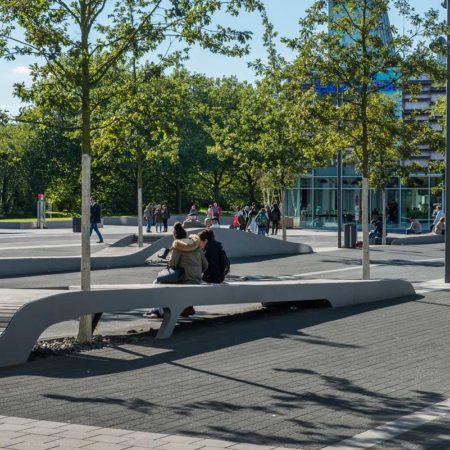 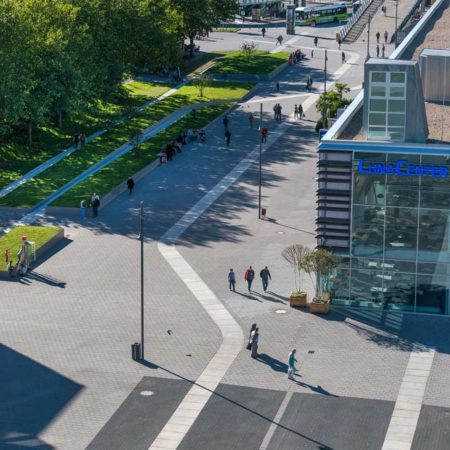 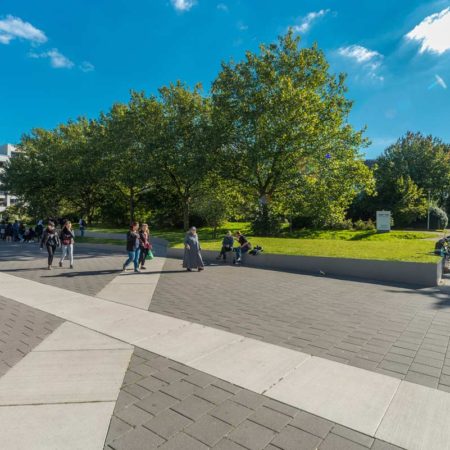 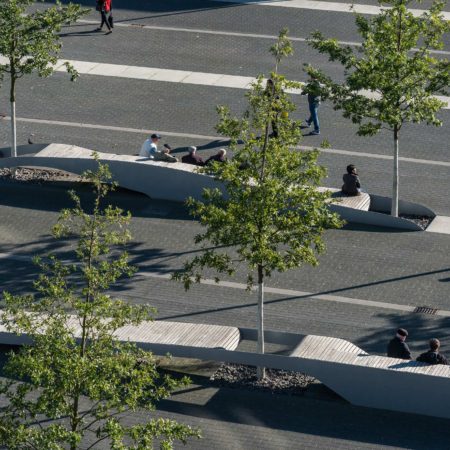 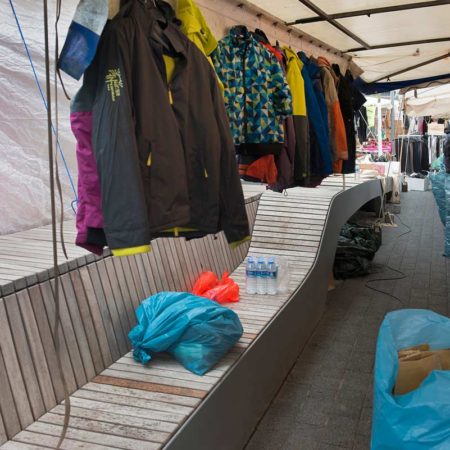 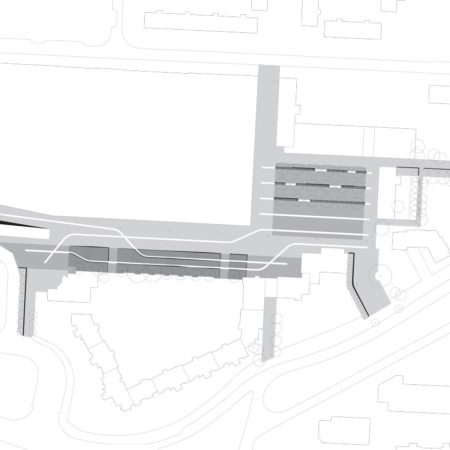 This required the creation of spatial clarity and comprehensibility in the space between the train station and Bertha Kröger Plaza. Both plazas and the passage that connects them were provided with a uniform surface through the use of grey concrete pavers, which now makes the entire open space spatially coherent. By using the same paving in the entrance areas that lead to Bertha Kröger Plaza, a consistent spatial system has been created. Lightly coloured ‘flowing lines’ made of large concrete slabs course through the new paving along its entire length. These flowing lines run through the project site from west to east, leading from the train station forecourt to Bertha Kröger Plaza, where they “smooth out” and become part of the plaza’s existing 10-metre grid.

The elongated spatial contour of the corridor leading to the train station, the so-called Bahnhofspassage, has been reinforced through the creation of a so-called Rasentide along its southern edge. The sides of this lawn area are formed by steel edging and crossed by driveways leading to the adjacent residential complexes. The flowing lines run through the lawn from end to end, while its surface is gently contoured, rising and sinking in a series of waves that are between 10 and 75 cm above the adjacent paved area. Small-crowned, multi-stemmed flowering trees have been planted in the lawn as well, and at three places the edge of the lawn rises to form seating.
The central area of Bertha Köger Plaza is spatially structured through the use of a grid of trees and eight set-piece sitting islands called Sitztiden. These elements are an extension of the flowing lines that come into the plaza. The lines of benches that rise up out of the paving in the shape of waves are of different lengths and run next to and around the trees. They provide a framework for the plaza’s use as a market and also serve as the main element of the urban rhythms that run through this urban space.