RECYCLING AND SENSE OF SECURITY

Secluded basements and deep covered niches have now been turned into green, hilly landscapes in Bispehaven in the western part of the city of Aarhus in Denmark. As the first of its kind in Denmark, the reassuring transformation of Bispehaven is leading a whole new standard for the renovation of a social housing. The project focuses on creating a greater sense of security, as well as a more attractive urban area connecting to the rest of the city.

The approach of the development of Bispehaven has been to transform the area focusing on sustainability and cradle to cradle recycling. With these basic sustainability principles, this project lets recycling and the sense of security go hand in hand, as one unified strategy for area’s transformation. It has also been important that the historical features of Bispehaven is visible in the new project – Consequently, both major structural parts have been reused, as well as smaller and very unique elements, which has been added in the new project. As an example, former spaces and concrete structures in the earlier sheltered parking levels have become ‘mega plant basins’. In one of the other courtyards, a former pedestrian bridge has become a monumental sculpture and landmark in a completely new setting, and the areas distinctive graffiti wall for past vandalization is now used as the pavement in the area’s ‘Sunshine Square’. This creates a strong affiliation with the place, which creates ownership of the area, which in turn creates a sense of security – Reuse creates security. 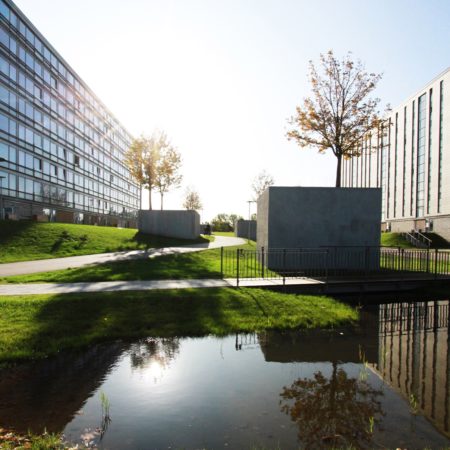 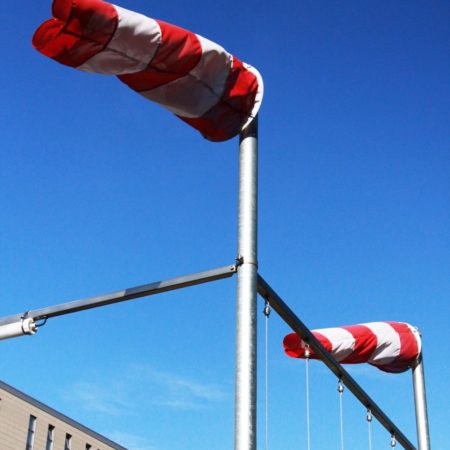 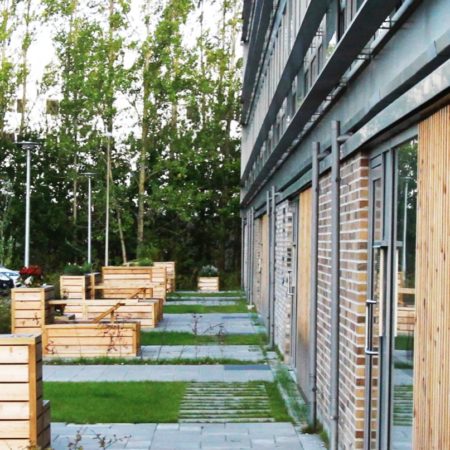 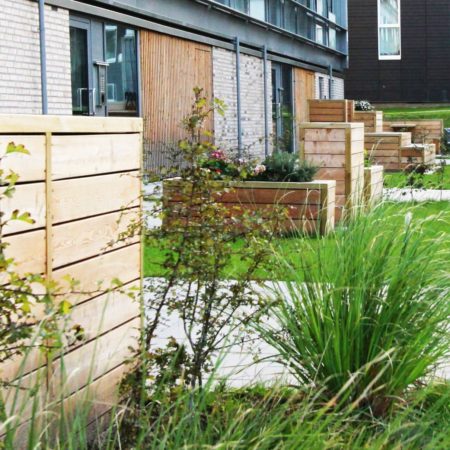 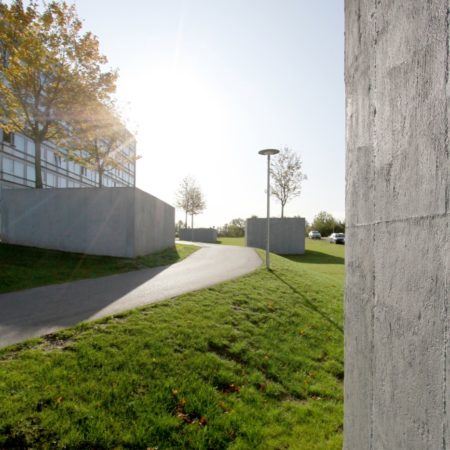 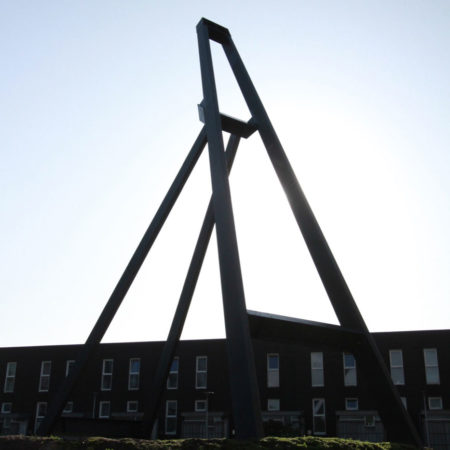 The reassuring transformation of Bispehaven will not necessarily appear as a ‘pretty, ornate and shiny’ project. The focus has just as much been on the many parts of the project being developed and transformed with a very defined objective in mind, where a practical approach and ‘professionalism’ have been the pervasive approaches in order to get the housing association’s minor budget to fulfil the entire project.

The main idea of the masterplan of this social security and urban transformation has been to underpin the ‘social housing masterplan’ whose overall foundation is collaboration, inclusion and recognition.

At the same time, an overall strategy for the project has been to include user involvement processes for the area’s many residents. The residents have been invited to participate in the architectural part of the project through workshops as well as on-site events. This including process for the residents has been a key virtue in the reassuring transformation on a social level.

Another important element of the overall strategic initiatives has been to work with diversity. In the courtyards, a common feature in the landscape design is to downscale the different zones. Front yards have been developed, which include mock-up projects by the residents, adding to the sense of ownership. This zoning is the first step towards a future development strategy that will embrace a versatile neighbourhood. The long-term goal is to create a more vibrant and diverse district, and the project’s master plan includes how the area can be expanded and developed over time.

The physical development planning approaches the project in a rather radical manner. The existing raised carparking levels have been torn down, and degraded, previously secluded basements of the housing blocks, are part of an overall transformation strategy that helps to break down the large scale of the courtyards. The courtyards have been ‘opened up’ and create diverse and inviting green gardens.

In the design, working with safety has had a number of specific supplementing objectives, which include, ‘human scale’, understanding the qualities of the residents’ everyday environment – an outdoor environment that holds the special qualities whether you’re walking alone or having a larger congregation.

In order to ‘afford’ the desired quality throughout the whole project, the project was developed awareness of using the frame of the budget most efficient, so we get the most value out of every penny – A penny is not just a penny. The ambition of this project has been to create lively and active outdoor spaces by using very distinctive elements, urban space inventory and climate adaptation solutions and, not to say the least, the project’s recycling strategy. This solutions and approach cost the same as a traditional tile surface replacement, and in return the project achieves an urban transformation that includes the elements of sustaining urban life – The surplus value. 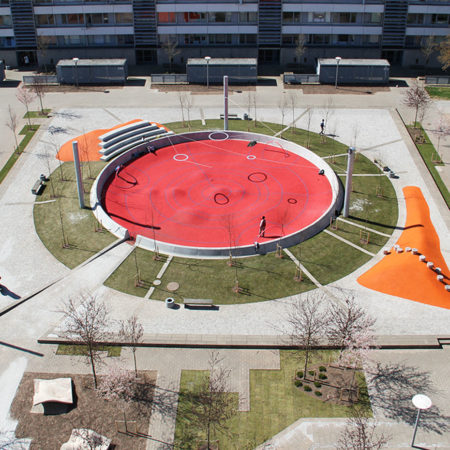 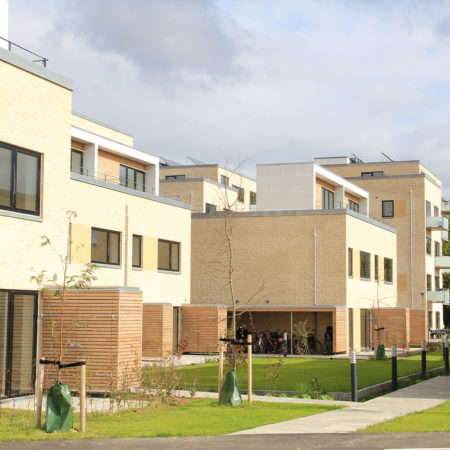 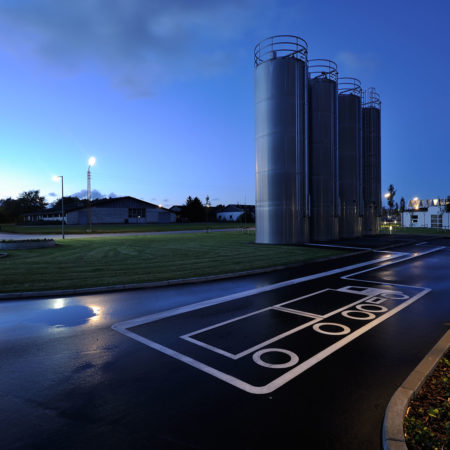