The development of the streets around the mercat del born is part of a strategy for regenerating the la ribera district, which has been for many years at a standstill due to the lack of continued use of the market. The born district is a key connecting area between ciutat vella (the old quarter) and the parc de la ciutadella, which at present are practically disconnected. The project should meet the needs and potential that the inauguration of the new mercat del born building will generate within the public space.

The opening of the mercat del born will render visible an important episode of the city’s history. It will uncover a chunk of medieval city that was demolished in 1714 and this might help us understand how life was in the city in those times. The interior houses both the medieval city, in the form of the archaeological site, and the 19th century city, which is embodied in the structure of the building itself. The new fixtures and fittings of the building will have the aim of enabling the interpretation of this site. 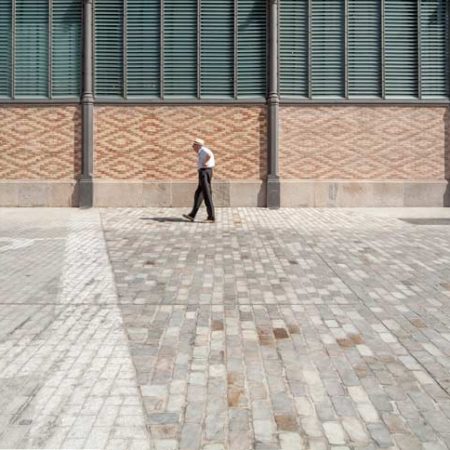 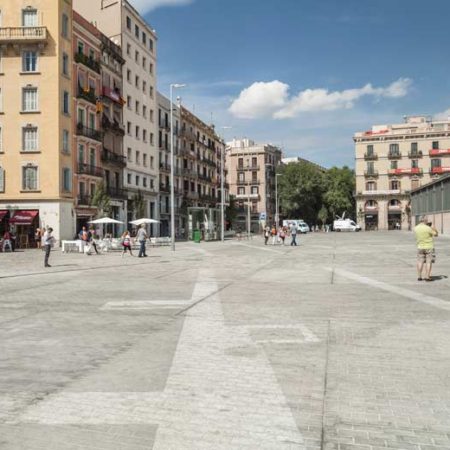 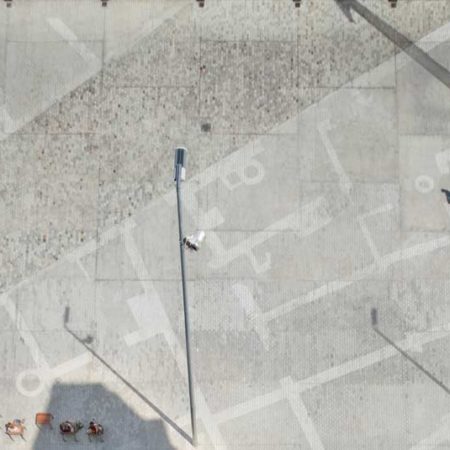 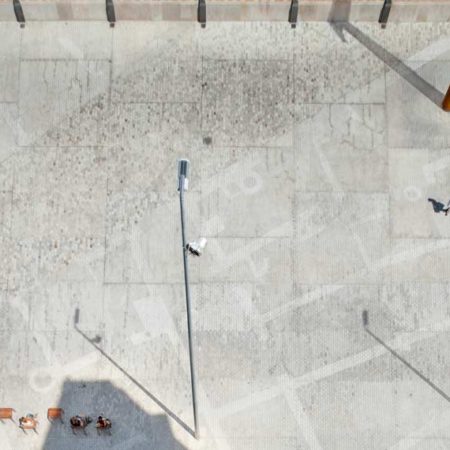 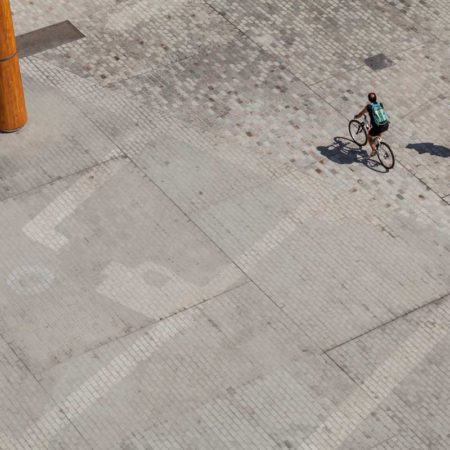 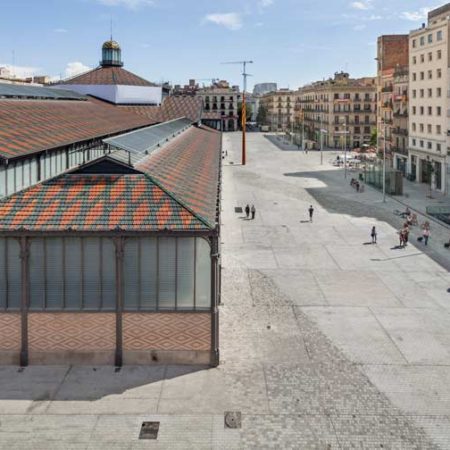 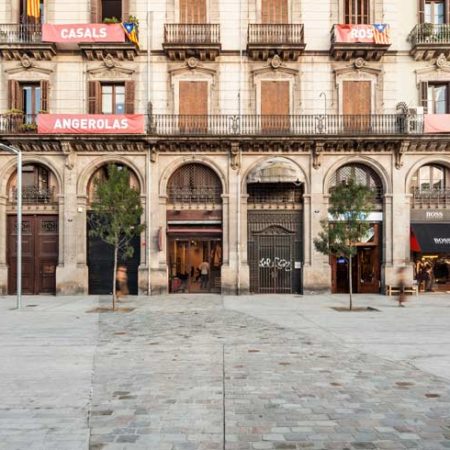 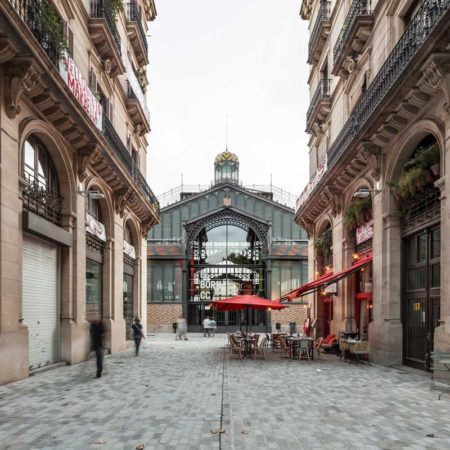 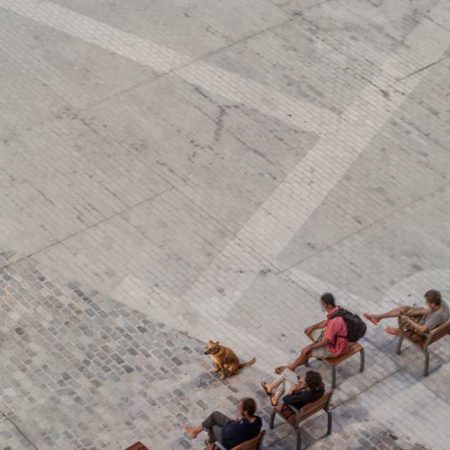 Using the information that has been collected from various sites and combining it with ancient cartography we have made a conceptualisation and abstraction effort whose goal has been the implementation of part of this information within the paving from a synthesized rather than a scientific perspective. The end result provides us with two levels of reading: on the one hand the definition of the layout of the old streets, and on the other an abstracted reproduction of the constructed elements that define the medieval city, all of this translated into a guided composition in the paving that is suggestive rather than explicit.

The act of marking on the paving surrounding the market these traces left behind by the ruins allows us to visualise the layout of the demolished 17th-century city. Thus, this setting appears as an anteroom of what we will find within the building, and at the same time it makes this public space unique. This paving strategy covers the scope of this project, but it may be extended to the totality of the demolished city.

On the other hand, the building material for the paving defines the 19th century historical period of the city, which used granite paving. It is at the same time a strategy for recycling and maintaining the recent memory of the place. The existing paving stones are reused in the streets. A connection is established between modern and existing elements, whereby part of the collective imagery is maintained, and the granite paving stones are reused in the same exact place where they are located. 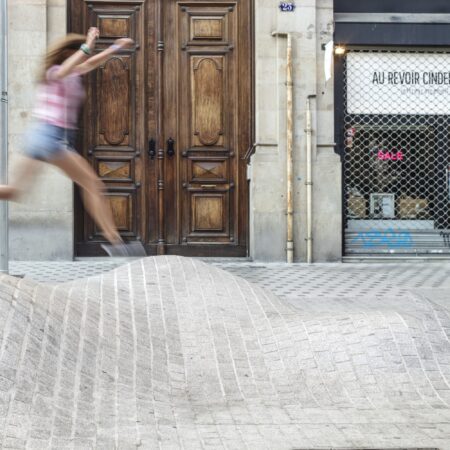 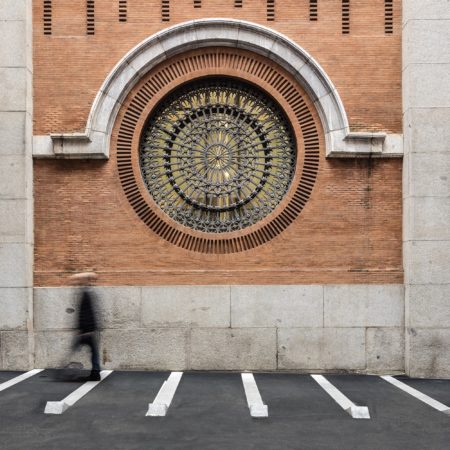 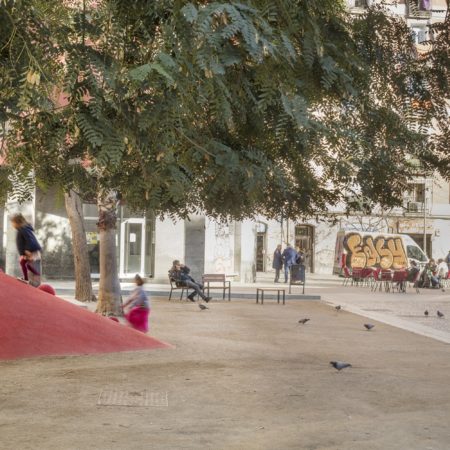 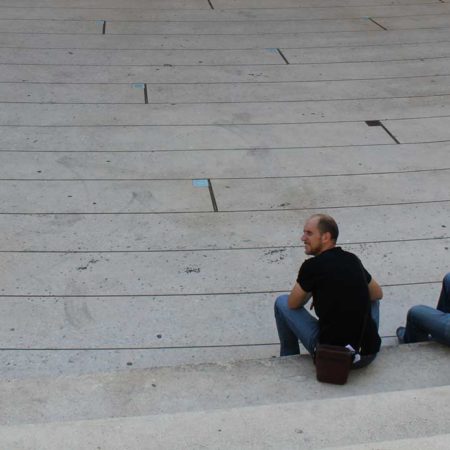