Bostanlı Skate Plaza is the first concrete skate park in Turkey, and as of date the largest. As a result, from the moment design process had started a tremendous public interest has risen. It was the perfect set up for involving the community. Bostanlı Skate Park was designed in collaboration with local skaters, BMX users, national and international sportspeople and others. This gave the opportunity to create a landscape uniquely tailored towards the needs and desires of the community. Many skating elements used in the project are standardized replications of points of interests scattered across the city, which are popular among local skaters.

To create a holistic character, various skating elements were designed as integrated parts in a skateable topography. A continiuous activity flow for skaters and BMX users was achieved through embedded elements in the curved geometry. Usual skatepark attractions such as different ramp compositions, stairs, boxes and plates were designed as a single alternating shell form. Various difficulty zones were planned within this setup. Active users and inactive visitors were seperated without using additional elements, controlling the flow of activity. 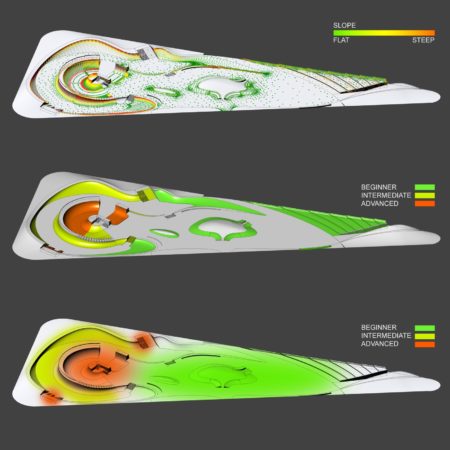 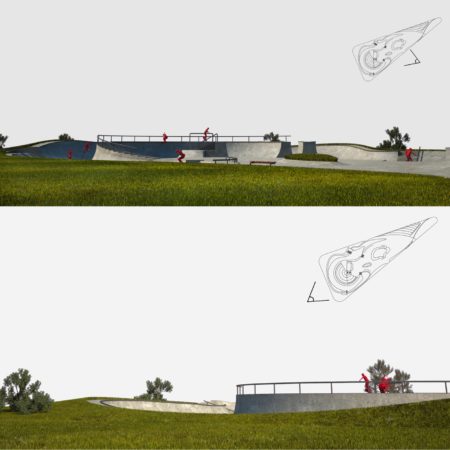 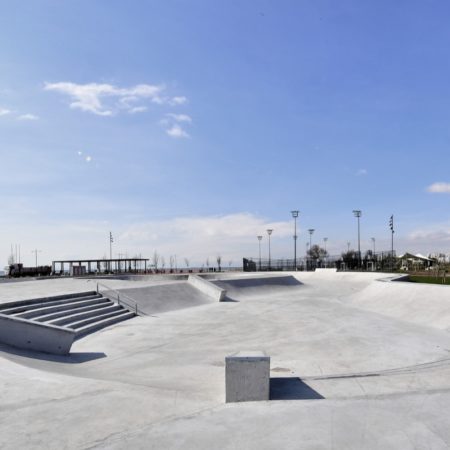 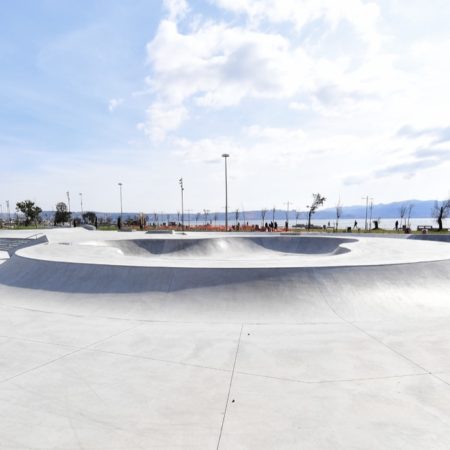 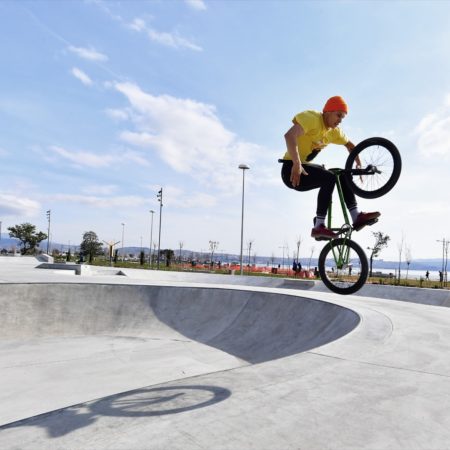 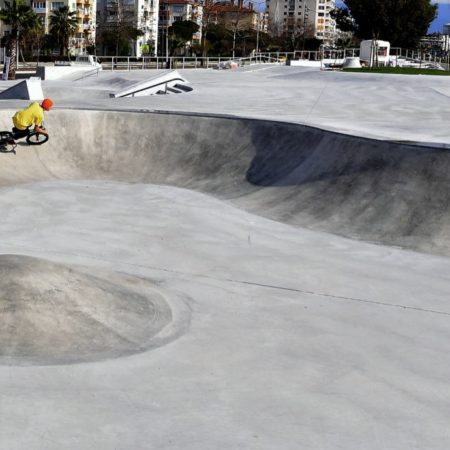 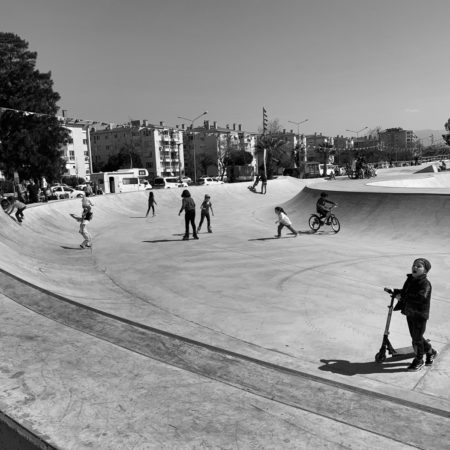 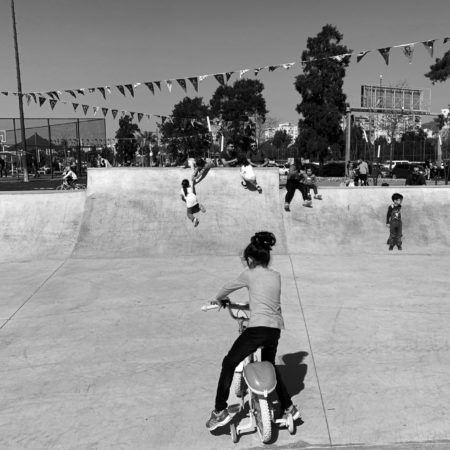 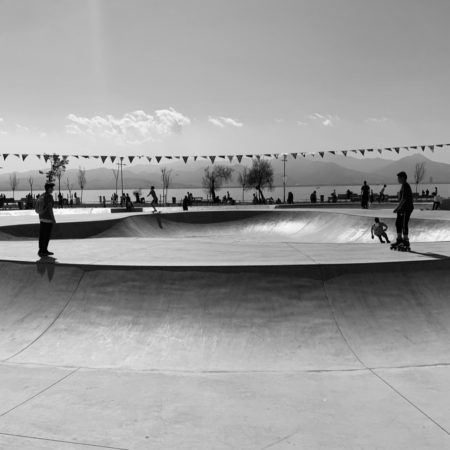 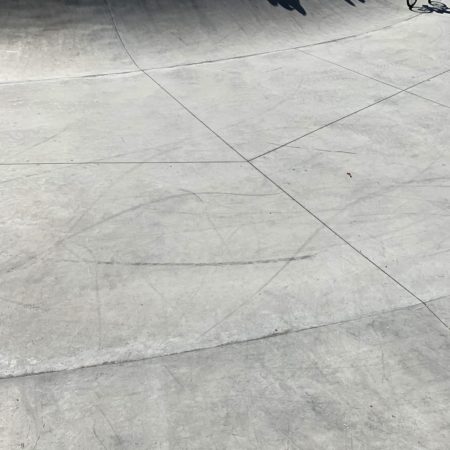 Site elevations and water drainage levels were carefully studied and the project was designed as a natural extension of the existing landscape. This approach integrated the park with the sea and the shoreline, blending into the delicate scenery. Final project is a fluidly curved shell by means of both it’s structural character, functional use and visual impression.

Use of algorithmic design and documentation processes is another important aspect of the project. There are numerous double curved surfaces, and precise connections between elements. Such geometry was defined using CNC-cut wooden templates on site. After geometry and cost optimization, a total of 169 templates were used. Placement, annotation, documentation and drawing of these elements were achieved using tools such as Python script. Curvature analysis, quantity surveys for concrete elements, steel reinforcements, waste mold and wooden templates were calculated through the 3D application model. As a result revisions throughout the compact design process were quickly applicable.

Computing needed amount and positioning of the steel reinforcements were especially challenging. There was a limited number of certain dimensions available to the contractor. Optimization of the system for distribution of these reinforcement types by varying numbers involved commited programming. Seperate plans and surveys were created for different lengths of reinforcements, showing both vertical and horizontal placement.

Being the first of it’s kind in Turkey by both scale and design, Bostanlı Skate Plaza was opened to use with splendid attention. Since it’s opening, designers recieved positive feedback both from local users and national designers. This further enhances the importance of Bostanlı Skate Plaza as a design embraced by the community and also critically acclaimed. 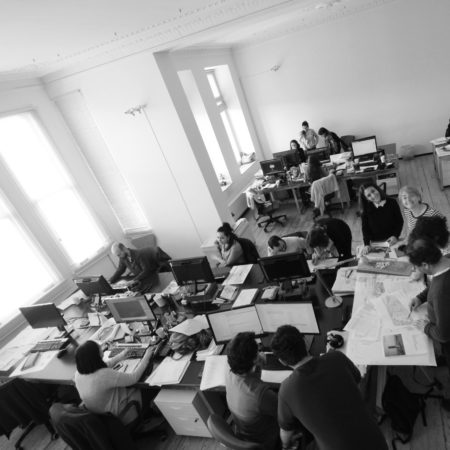