The building dates from the early 20th century, when the area was a rural residential complex. It has a great historical, artistic and patrimonial value, initially built as a group of houses that was subsequently abandoned as a result of the growth of the city and its proximity to the historic centre. During the following years the building hosted “Libreros Mexicanos Unidos”, a bakery shop and even sometimes a club. The experience and historical character acquired should be highlighted with each intervention.
The landscape concept begins with a dialogue with the importance of highlighting the presence of the building. To meet the user’s need from three different government bodies; To reduce its cost as far as possible and to look for amplitude and the flexible appropriation of the spaces. 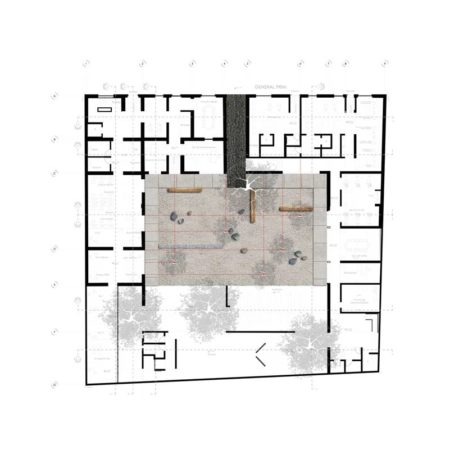 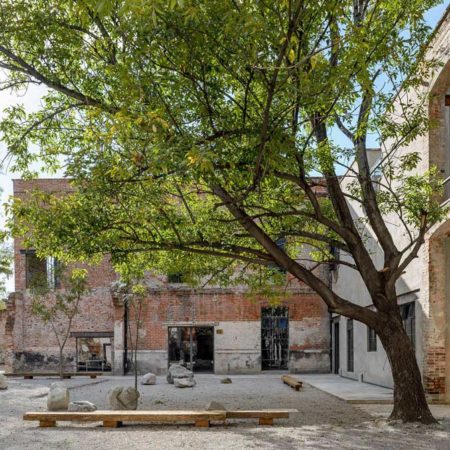 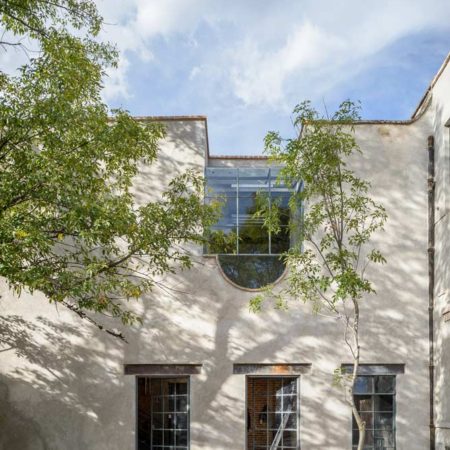 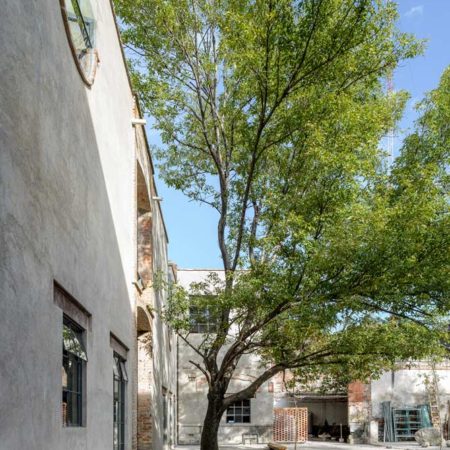 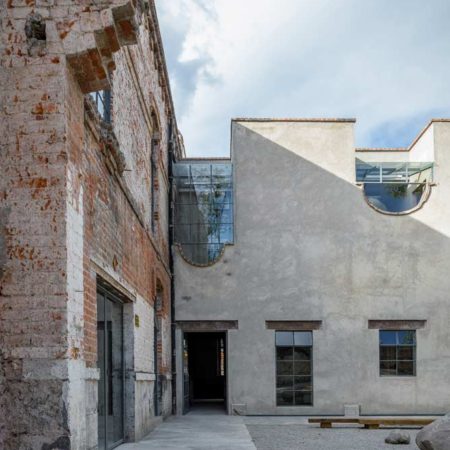 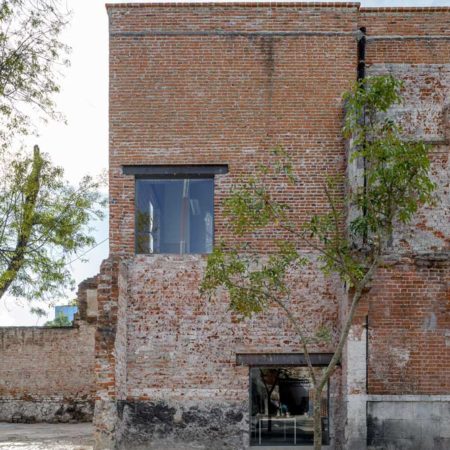 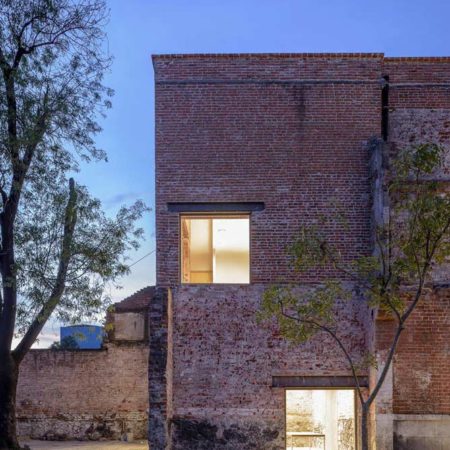 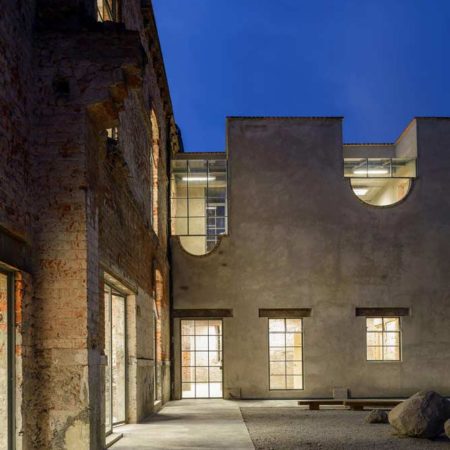 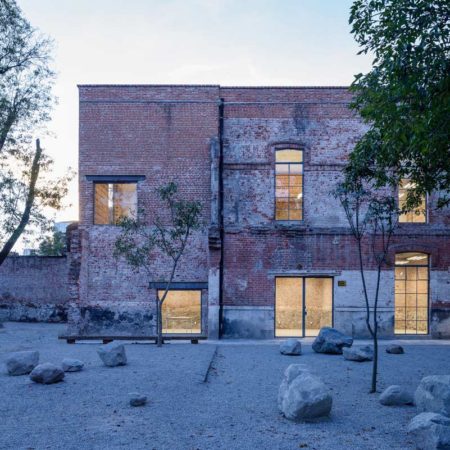 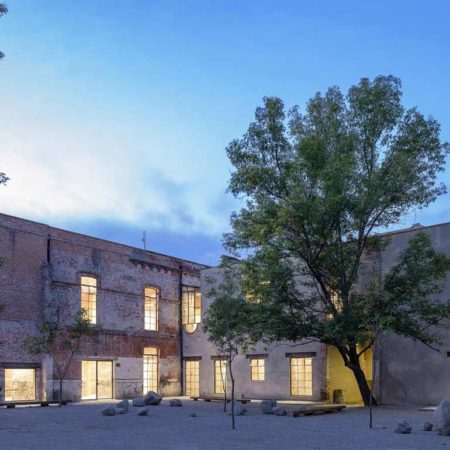 The proposal highlights an ash three of more than 100 years old that reminds us the history of the building. The tree plays the role of an icon as the main point of the new main plaza.

Being faithful to the reason of time, the landscape proposal sought to generate a pattern to be installed today, but to become our heritage conferred in the future.
The time will detonate the character of the new ash trees that were planted to work together with the great existing icon, they are placed in a strategic way to admire them from the interiors of the building and noting its development from the outside. The strategy of texturizing the ground and mimicking it with the existing elements resulted with the decision to place grey gravel, respecting the reliefs that the same process of contemporary construction had left. Giant rock trails from the outside, invite the users to leave and rest. Recycled benches were built with the joists found, which served as a structure at some point, and which are now the connection between impressions of the past with the daily life present in the main square. 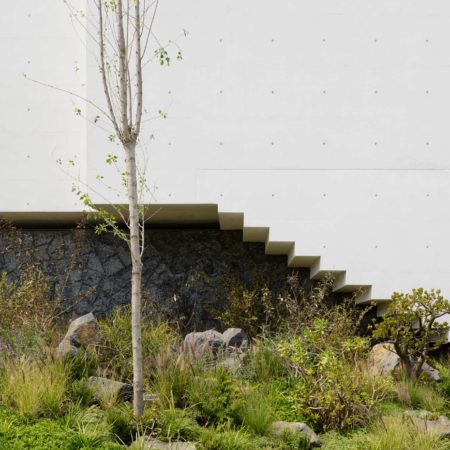