In Mexico we have try for many years, looking for take the cars off the streets, the objective is focused to enhance the quality of life in our public spaces, improve the public transportation systems and incorporate alternatives who result in better and accessible pedestrian areas.

Chalco de Díaz is located at the southwest of Mexico City, recovering the Downtown is a joint effort between many government institutions and take many years of management to make it happened. The space was full of cables of electricity, telephone, parking lots, dark streets, and become to be a dignify public space, incorporating green spaces, public lightning and tunneling of the installations. 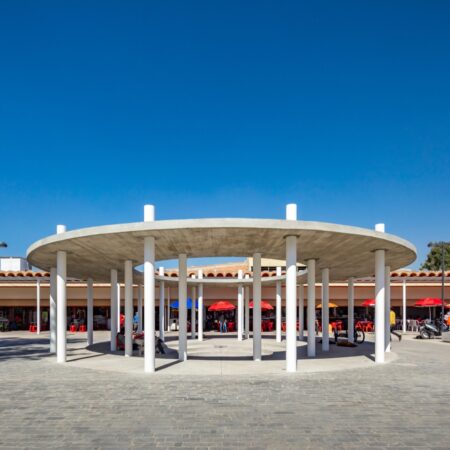 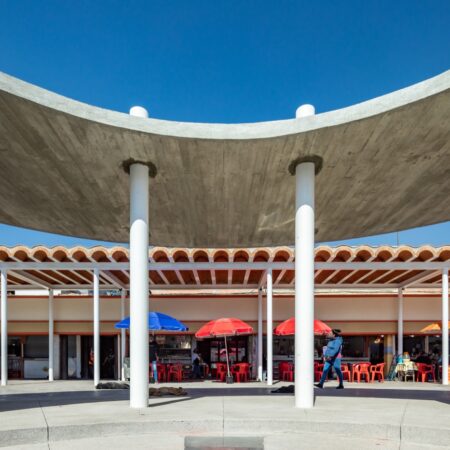 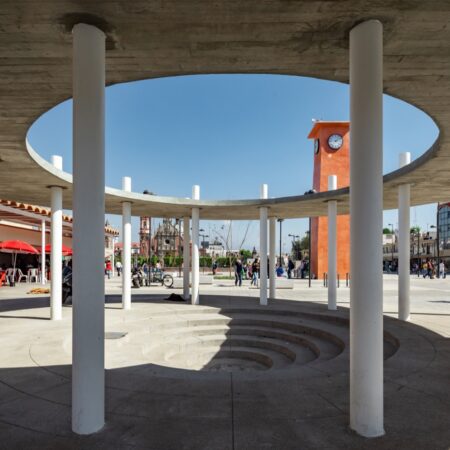 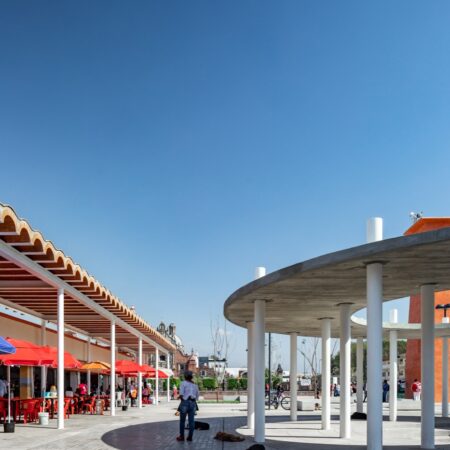 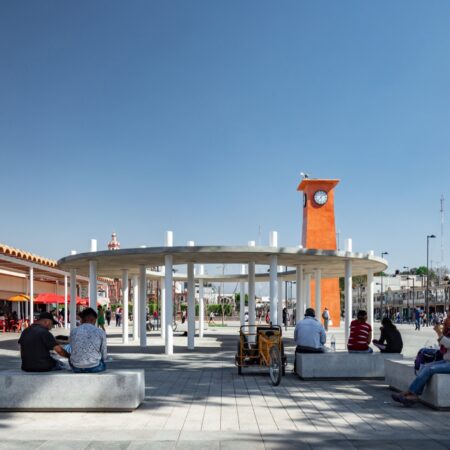 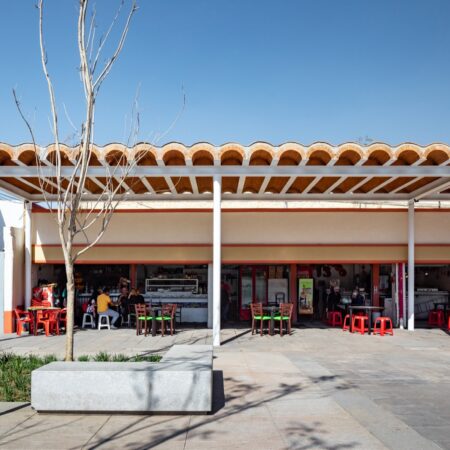 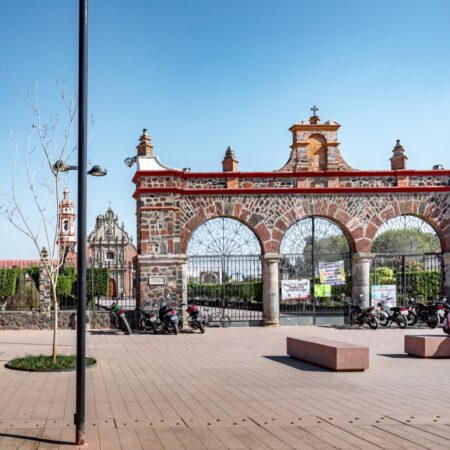 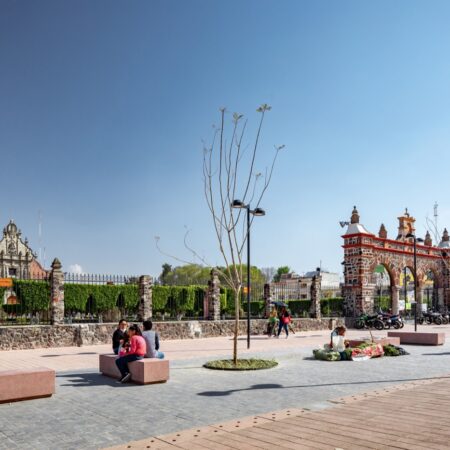 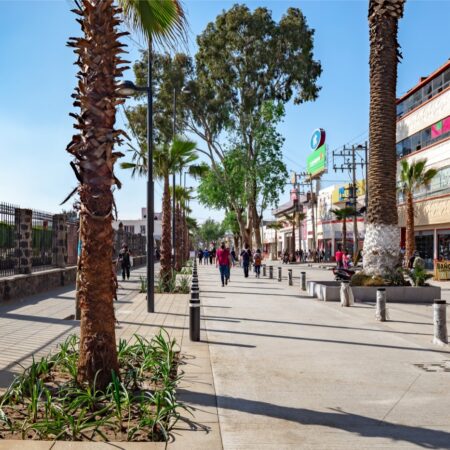 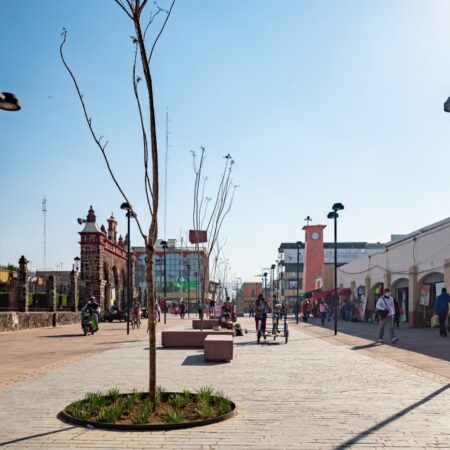 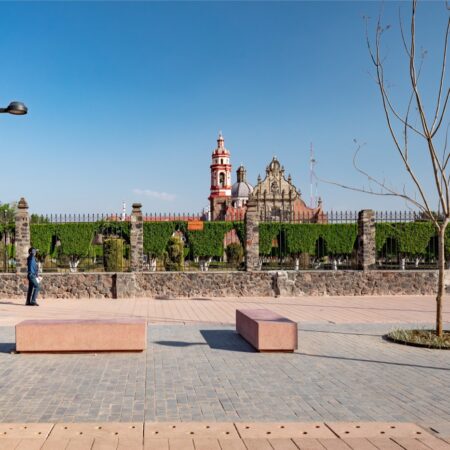 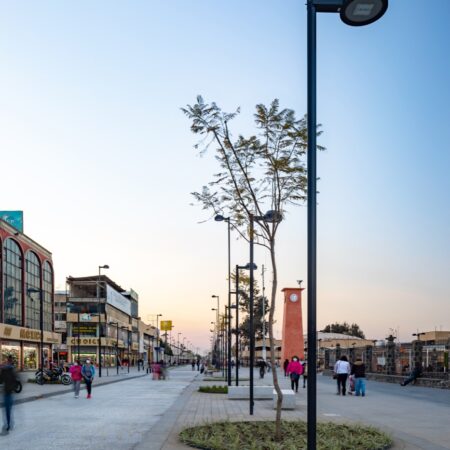 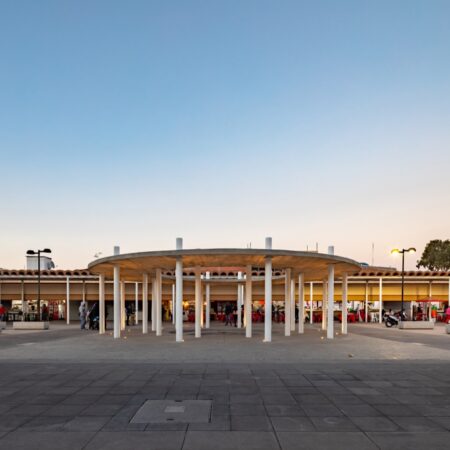 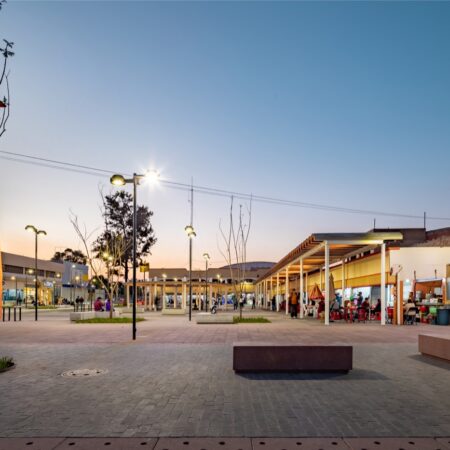 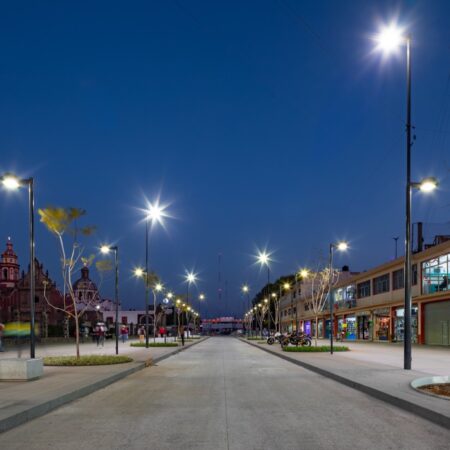 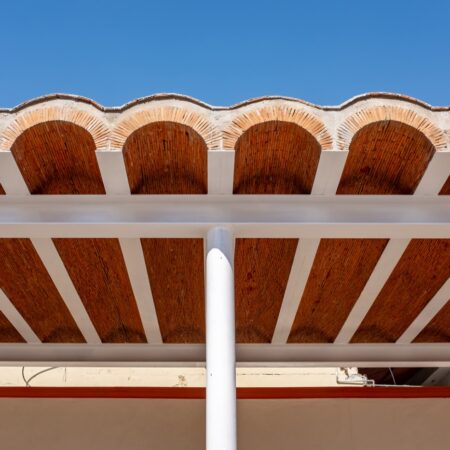 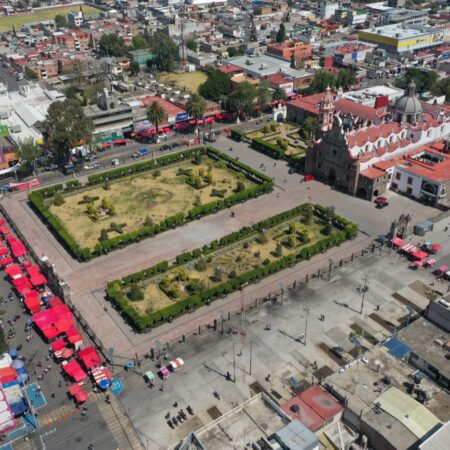 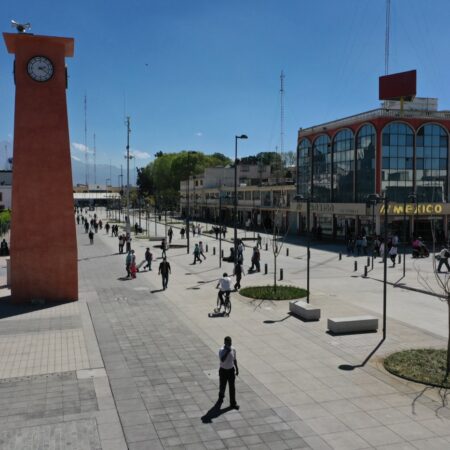 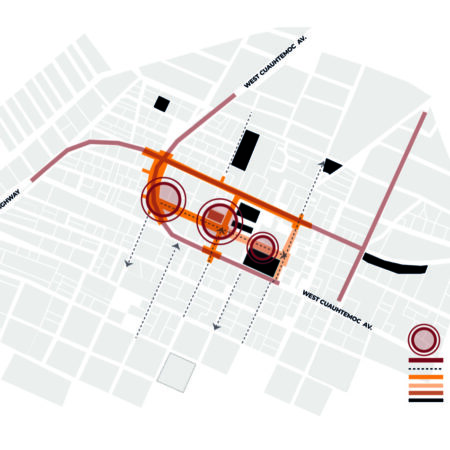 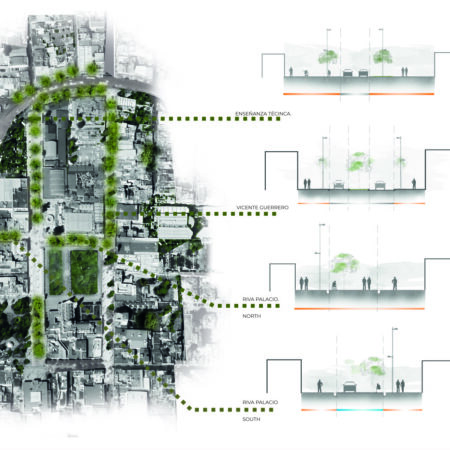 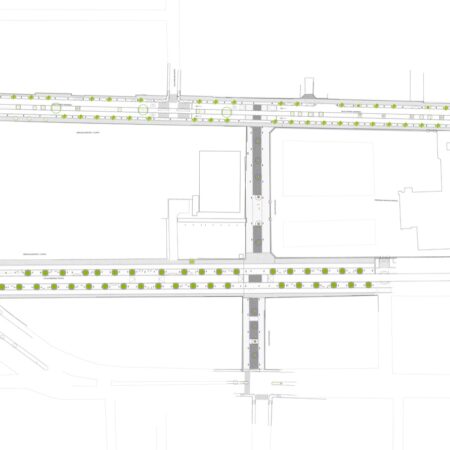 The intervention includes the Clock’s plaza and the monumental clock, the market’s facade, and the streets who surround the atrium of the Parish Church of San Santiago Apostol who dates from 17th century.

Informal trade has been one of the biggest challenges for the development of this project, which social and economic function is very important in downtowns in Latin America; another challenge, was the incorporation of this project with a past intervention in the Civic Plaza of the municipality and the Municipal Garden.

The interventions were one of the most difficult because has been established, an organic extension of informal trade in front of the market. After a several talks with the local authorities, they assigned established fixed sites inside and around the market and in other places in the same area. Was achieve a free visual obstacle plaza, with materials who brings a cleaner and free pass place, in this space we can see overall a monumental clock, and a market’s façade who is compose with a colonnade and a cover Catalan vault who has the visual finishing touch of the Parish Church of San Santiago Apostol.

The concept of Time is always present in entire Plaza, in the center of this, it is a fountain surrounded by a conic staircase, because of Chalco same as Mexico City, was founded over a lake. The fountain has the principal intention to create an echo in this place, a reminiscence of the water buried under this city; the circularity is the same as the cover, it is a wrinkle to the Mesoamerican cosmogony Calendars.

Many different design criteria were involved in the streets, depend on the specific requirements of each. Riva Palacio Street, been divided in two, north section, plans over the extension of the atrium of the Parish Church, pedestrian street, this accomplishes with materials, using stones of the area, pavements in a range of colors than the atrium, also from their composition axes. The south section, stablishes as a commercial corridor street, continuing with the criteria for the materials and architectural composition.

Enseñanza Tecnica street, a very important extensive increasing in a walking area, and reducing space for vehicles with only one way for one vehicle at a time. This street has a beauty nature in self, has a visual finishing of a Iztaccihuatl volcano, that we can see over the Municipality. This street, it’s the principal connection with the Civic Plaza and the Municipal Garden, it is very important in the total architectural complex as a nodal axe.

In project, general intentions of design are visualizing an eclecticism who is common in downtowns of Latin America; we are looking for show our Mesoamerican features and take the right value for the aspects and techniques of our design legacy of the cultural heritage.

These projects don’t have expiration date, it means that the project never ends, inauguration comes and the people just star to walk in, the new pedestrians share their opinions about it, they had many different opinions, mean while they are enjoying the space, walking through it, but just a few ones notice that the place that they are complaining or appreciate, was full of cars just a few months ago.

In a time when people should be at home, we can see the appropriation of the space was immediately. People needs to go out, and we gave to them extensive lanes when the social distancing can be real. The conclusion of this journey was that the cities are alive, no matter the design, the population take them and make their own. 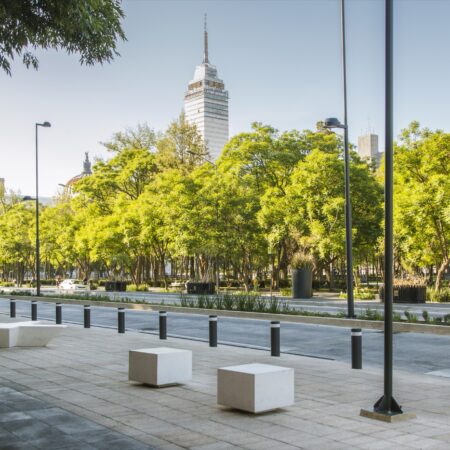