The project is located in Dalian, Liaoning Province, an important central city, port and scenic tourist city along the coast of northern China, across the sea from Shandong Peninsula, and is an important port, trade, industrial and tourist city in China. Surrounded by mountains and rivers in the city, the natural environment is beautiful. Located in Dalian Digital & Dna Port, surrounded by Digital Lake Park, it has a natural living life.

We consider the exploration of the site when designing. In Dalian, the urban landform is high in the center, descending step by step to the east and west sides, forming the geomorphological form of mountains and hilly peninsulas, which spreads from the mountains to the sea and extends to form a “mountain and sea” pattern. On the other hand, the Digital & Dna Port of Dalian, where the project is located, you can see the mountains in the distance in the field, and The lake and the sea in the surrounding Digital Lake Park are connected, forming a natural picture of “mountain-sea blind date”. Combined with the regional culture of the site, the designer abstracts the four landscape elements of “mountain, sea, city and courtyard” from the local culture of the site, so that the residents sometimes enter the clouds, sometimes like mountains, listen to the sound of the sea, and watch the sea. Create a life form in which mankind and nature can coexist in harmony. 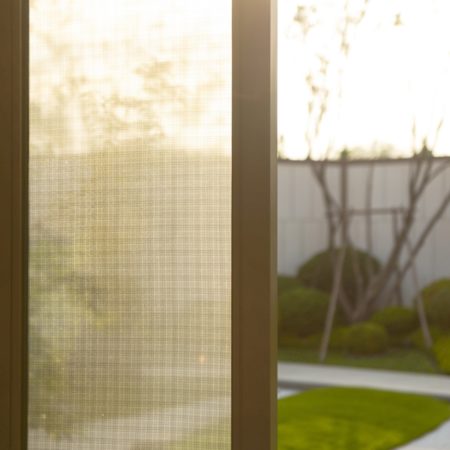 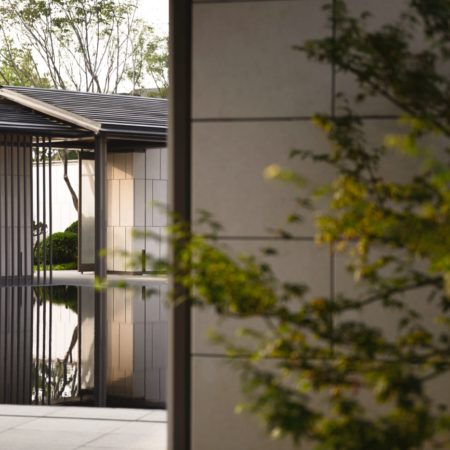 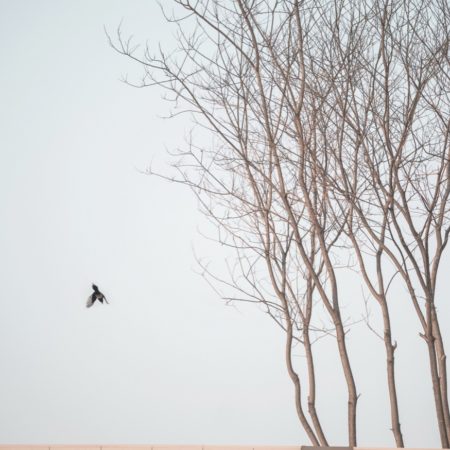 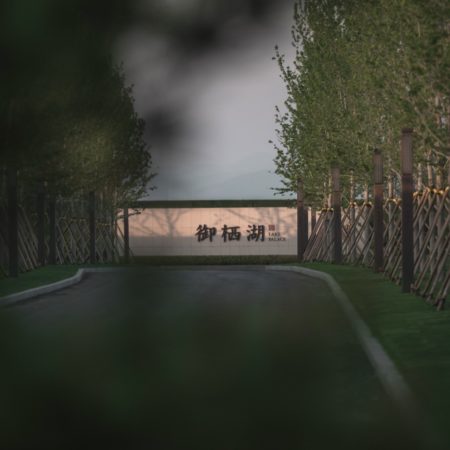 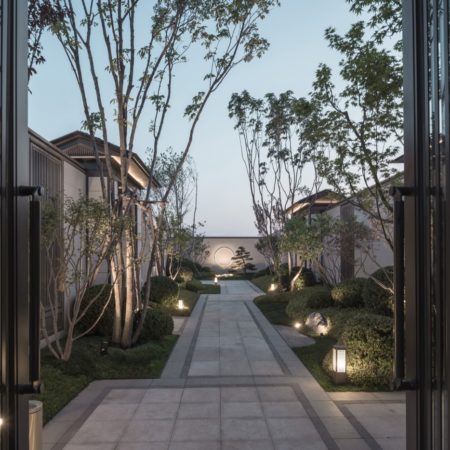 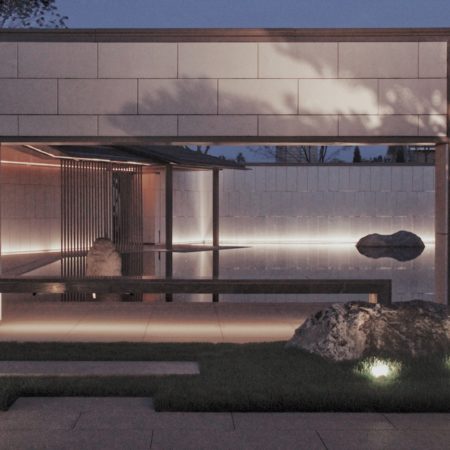 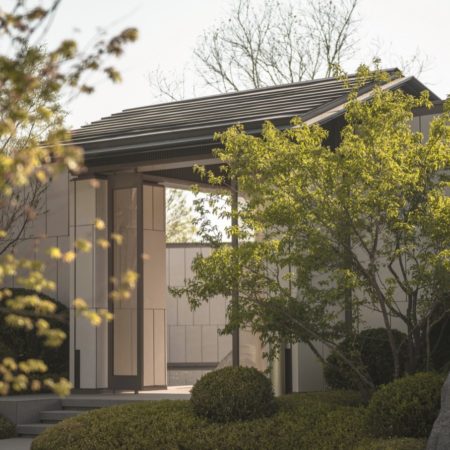 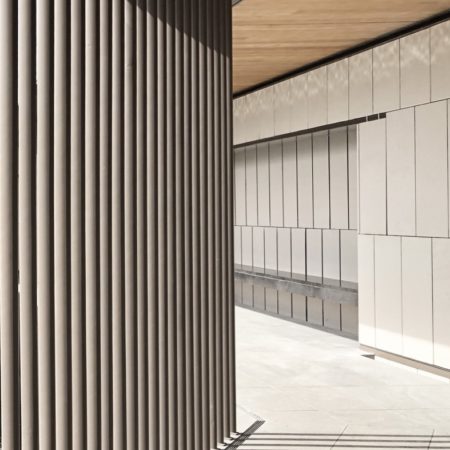 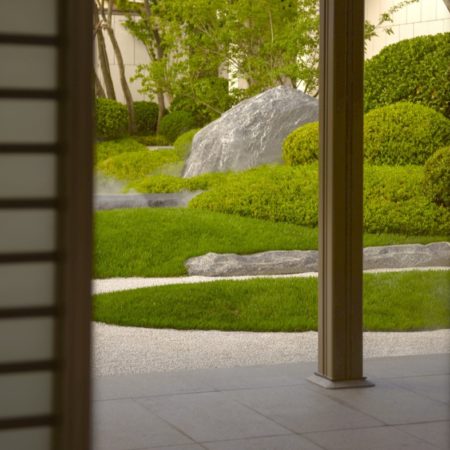 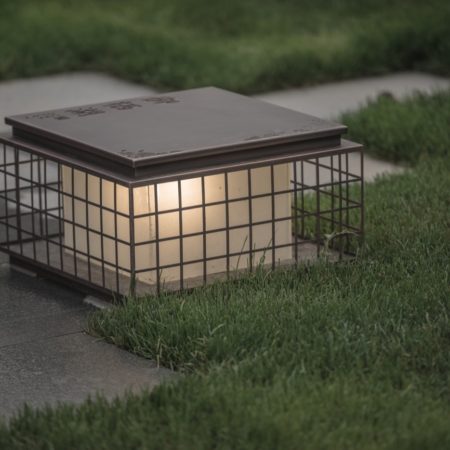 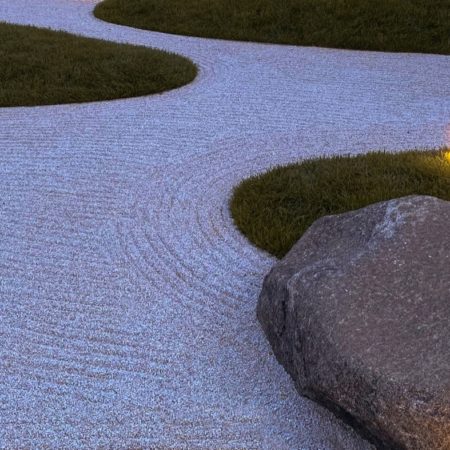 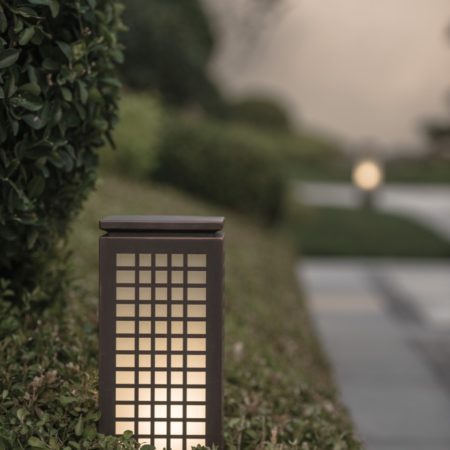 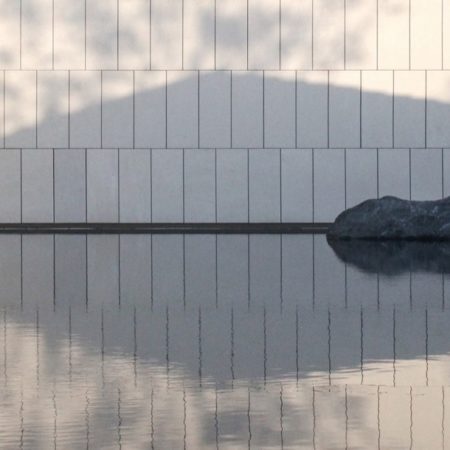 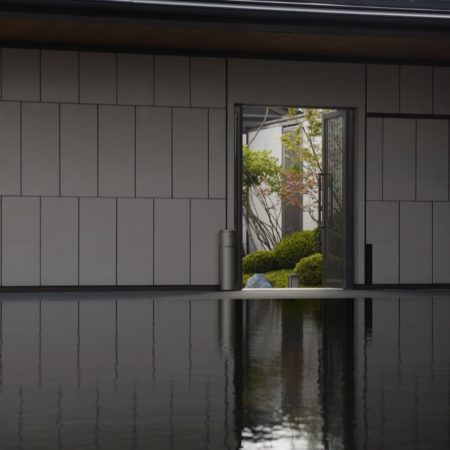 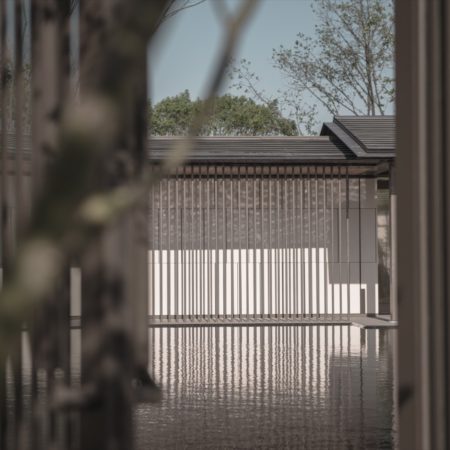 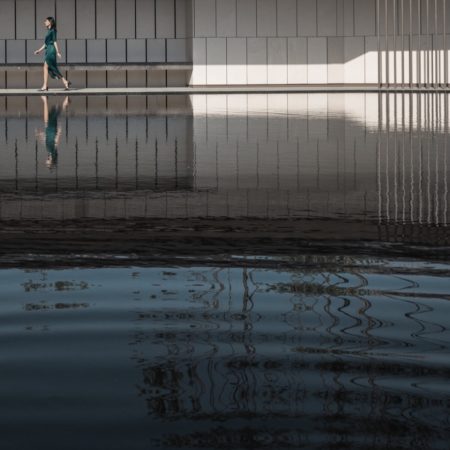 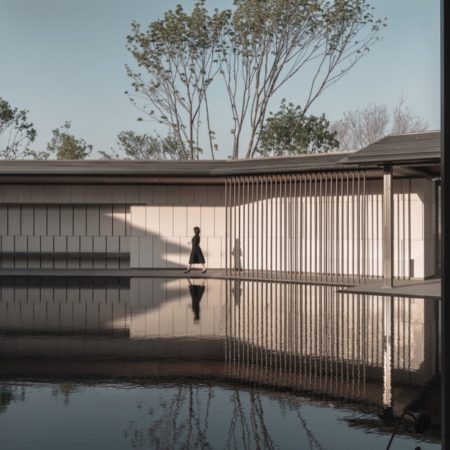 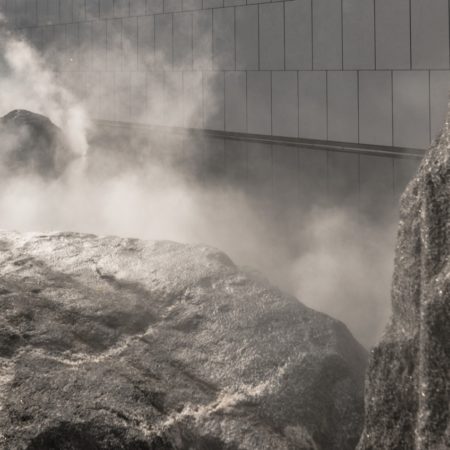 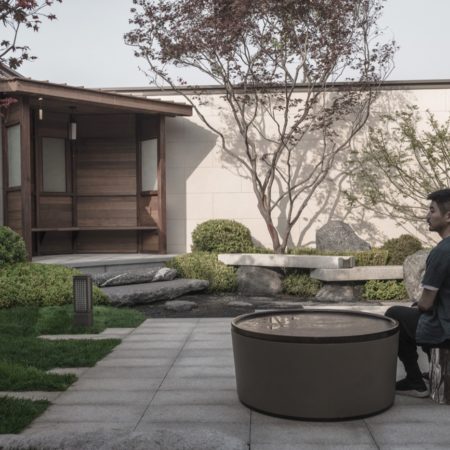 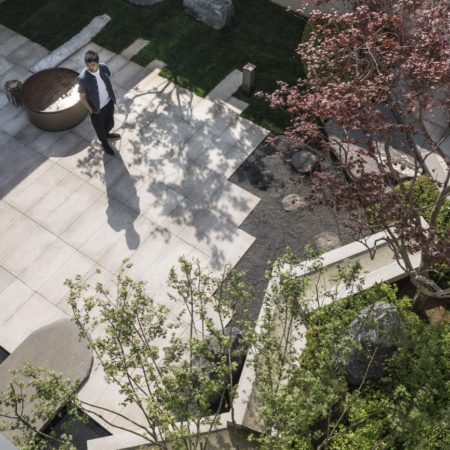 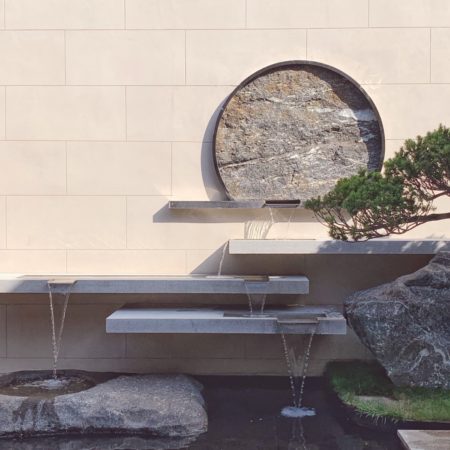 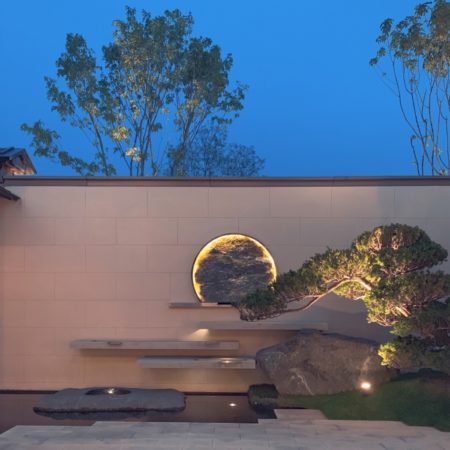 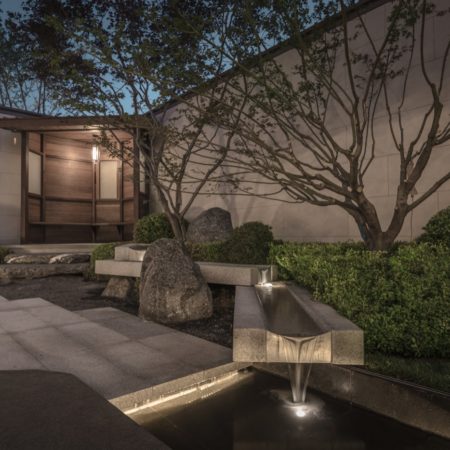 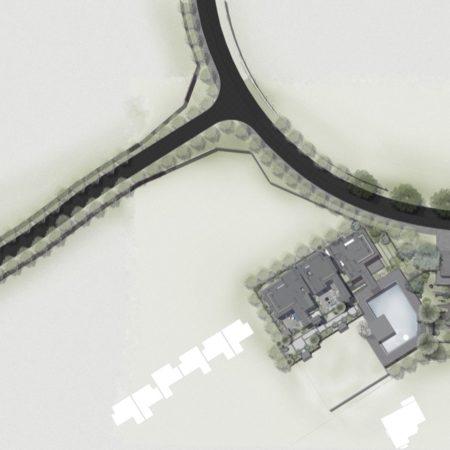 Have some thinking about the product nature of the design. The Imperial Lake Palace project is a villa development. The nature of the project is a demonstration area of residential villas, which will be developed continuously in the future. its products are based on the regional cultural resources of the Dalian site itself and have a “one city” pattern around the “Digital Lake Park”. In the understanding of the pre-project, Party A’s definition of the product is to create “Chinese traditional Zen New Chinese products”. We believe that the overall spiritual core of the project is the continuation and inheritance of the traditional Chinese new Chinese style, and better creation of the traditional Chinese culture of Zen flavor. Cultural inheritance is not just a surface imitation and a reproduction of tradition, but to find a contemporary foothold along the context of spiritual consciousness and activate the energy behind this culture. It is based on the modern people’s lifestyle and usage habits, and inherits the thread of Chinese traditional culture and aesthetics from a contemporary perspective.

In the design of the venue, the design of the whole project is carried out in the form of a sense of substitution, just like directing a Chinese drama. Hope to bring to the audience is not only a big and empty visual shock, but can feel the tranquil beautiful years of life, the streamer shadow of time. The design cherishes the temperament of the city of Dalian, carefully gropes for the tone of Zen Chinese charm, regards each space as a folding play of artistic refinement, and shatters “Mountain, Sea, City and Courtyard” in the space.

Opera highlights in Chinese opera is a wonderful part of traditional opera which has unique artistic value and can be performed independently. The design shows the wonderful picture of the demonstration area in the form of folding play. Take “compromise between mountains and seas, City courtyard” as the concept to create a harmonious artistic conception of life between man and nature. Integrate the designer’s understanding of the site elements. Respectively to wedge-discounted city courtyard, the first discount-sparkling jade, the second discount-forest rise to the cloud,the third discount-mountains and seas contribute to each other,the fourth-the sea is impressive in the courtyard , the fifth discount-moon clear spring, the sixth discount-leisure Lu to enjoy the maple. The six major dramas form the designer’s description of the site life scene.

Wedge-discounted city courtyard
The location of the current sales office is relatively deep,due to the entrance is far away from the sales office, landscape signs are needed to strengthen the sense of entrance, so a view wall is set up at the entrance. The central green island and the spiritual fortress work together to strengthen a nearly 100-meter entrance space. The road is sandwiched with American red maple on both sides of the road to form a vertical ceremony. Form the first sense of domain of the project.

First discount-sparkling water jade
The length of the moving line from the entrance to the gatehouse is 280 meters, and the designer proposes to put the courtyard wall in front to feel the atmosphere of the courtyard space in advance. Along the road landscape with a clean courtyard wall combined with vertical big Joe, forming a sparse, simple Zen-style painting.
Mass | The whole gatehouse, 10 meters wide and 5.2 meters high. In the landscape gatehouse, it does not make a large-scale landscape, but chooses the exquisite and elegant entrance building form.
Texture | Transparent materials on both sides of the entrance, transparent acrylic and translucent stone curtain walls. Make the entrance space transparent and lightweight.
Reiki | Because of the choice of materials, it is possible for light to design. Gatehouse in the light, there is light and shadow mottled space feeling.