CREATE A LINK The landscape project provides for the establishment of new green and pedestrian ladder crossings local and fine serving. It is based on three particularities of the site: the heterogeneity of the boundaries of the green space and the appearance of the surrounding elements, the elongated shape of the plot, the coexistence differentiated spaces: the private garden, the building and the public park. 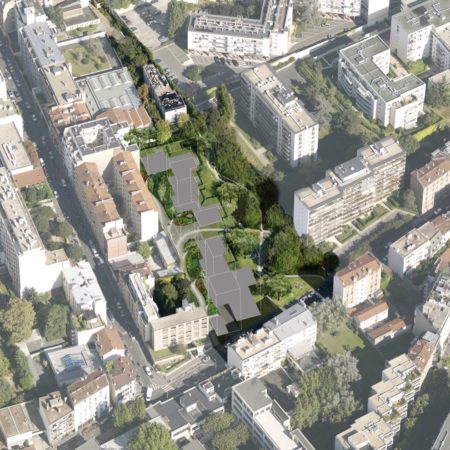 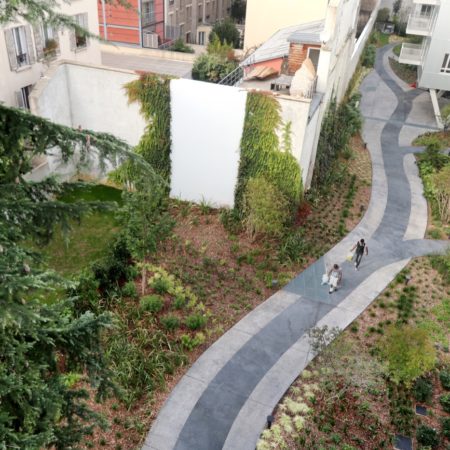 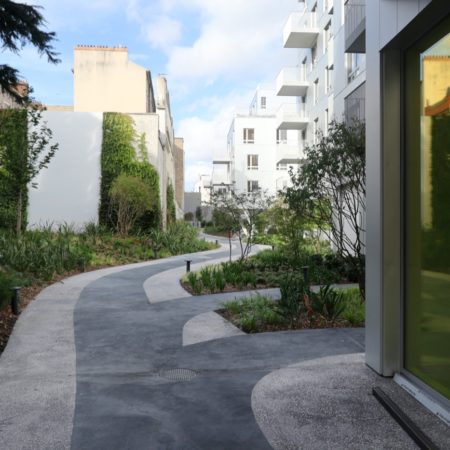 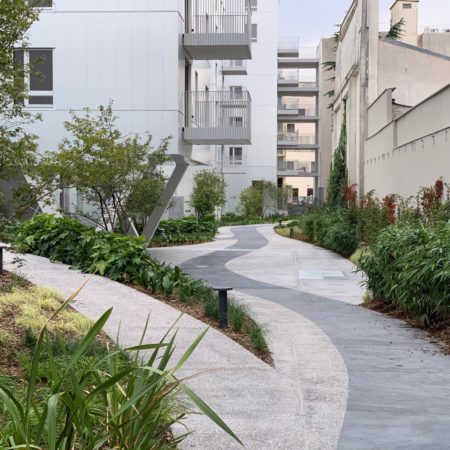 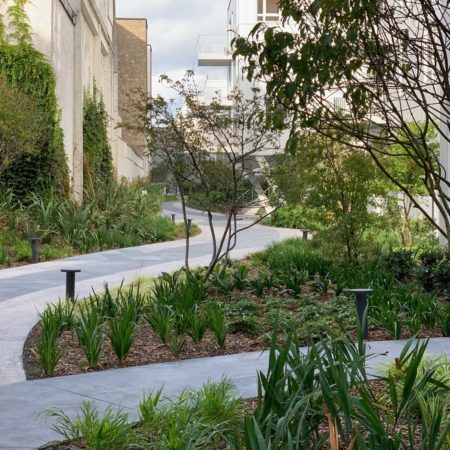 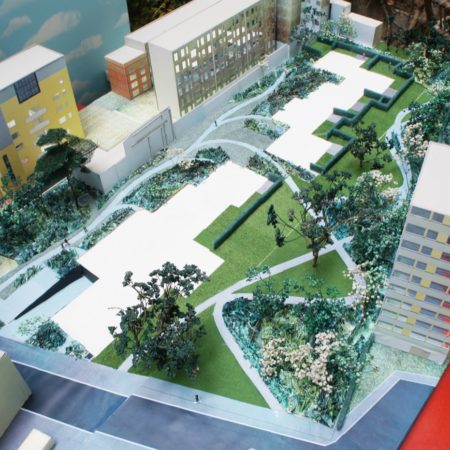 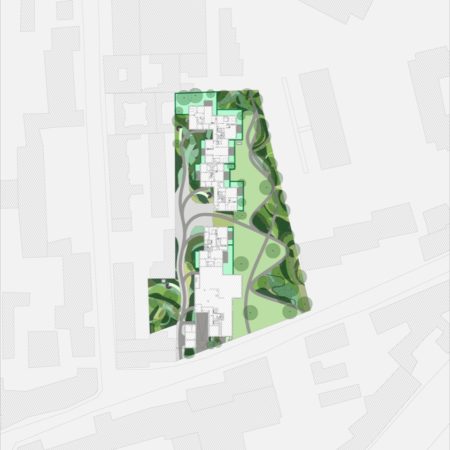 VARIATION OF FORM In response to the heterogeneity of the limits, we have choose an imposing axial pattern that structures the space and creates a general impression of breadth. Each surfaces from variations in shape is made up of beds of a single plant species which intertwine and are distributed according to their aesthetic specificities. The paths sinuous which arise from the original pattern and which connect the various entrances, constitute the decorative element main.

Working with concrete with two different textures allows a variation in intensity which recreates, if you let your mind wander, the meanders of an imaginary river … 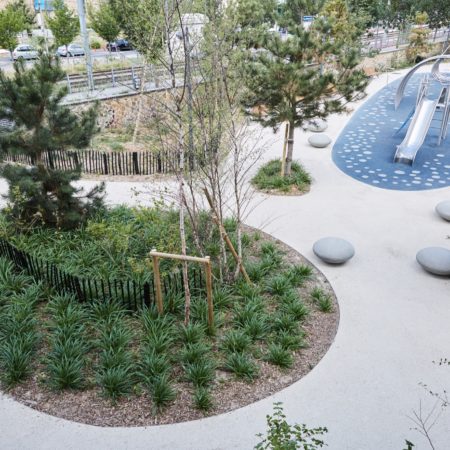