Vertebral collaborated with ÑÚ Art Agency to intervene a space for Design Week Mexico 2018. Once engaged with the space, we realized it didn’t need more walls and slabs. It needed a roof that could be inhabited, that would connect the house with its immediate context. We transformed a plain and abandoned rooftop of approximately 200 sqm into a green roof, a space that raised awareness about the recuperation of negated areas. This project was an opportunity to demonstrate the immense potential green roofs have in mitigating urban sprawl.

The sculptures of Mexican artists Ricardo Regazzoni and Jorge Yazpik merged with a landscape of grasses, shrubs and small trees, along with a light wooden structure, to create an intimate and yet plural space. Design House Sculptural Garden addressed not only the eye but all of human senses. A variation of stipas, ferns, eliagnus, attenuatas, jasmin, lavender, salvia, dracaenas, and feather bamboo were used to block and liberate certain views, sometimes reaching towards the sky, and sometimes towards the ground. Smells and textures established moving patterns along the project. A series of pauses and gestures incited the user to kneel and smell lavender leaves, or to bend their neck towards the sunlight that pierced through the tree tops above. 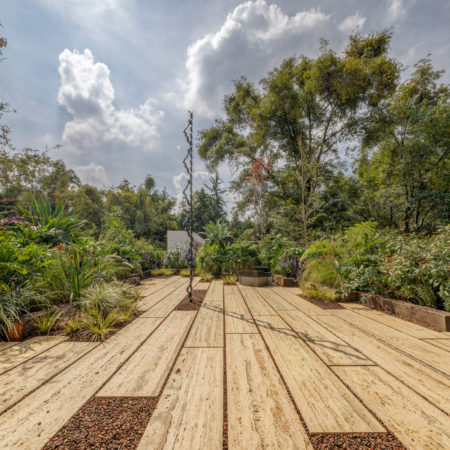 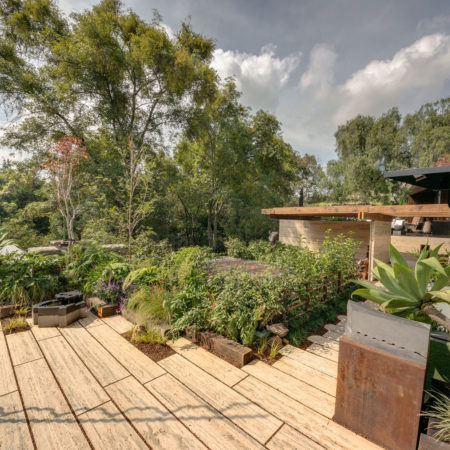 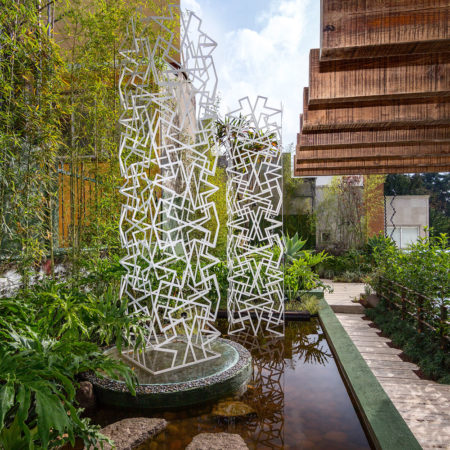 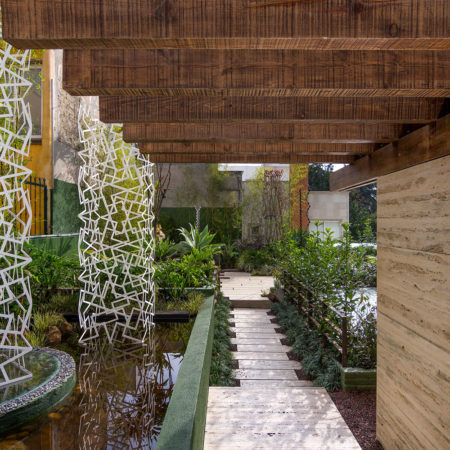 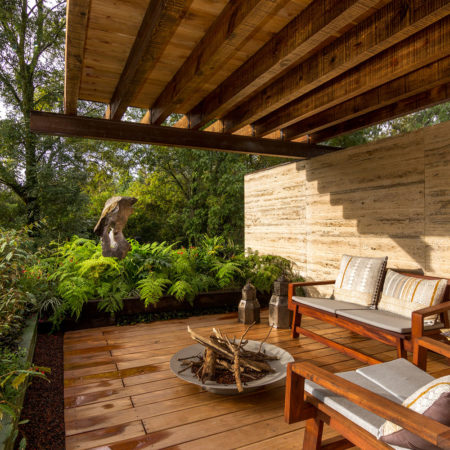 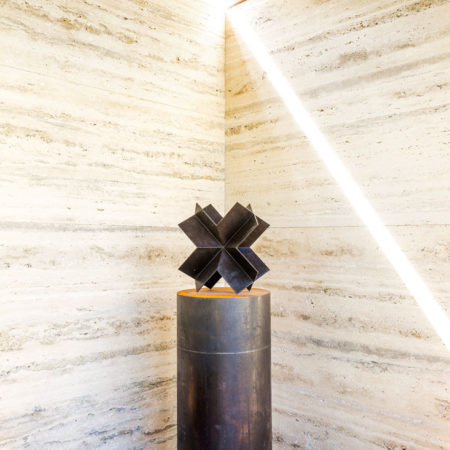 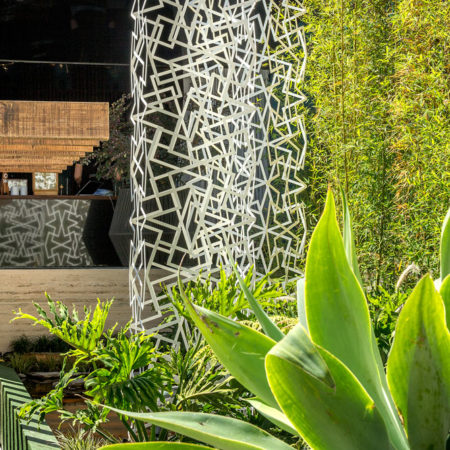 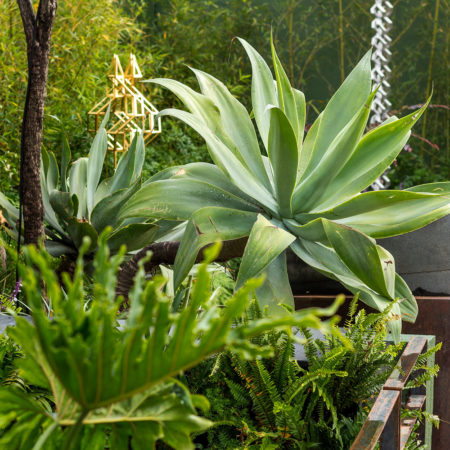 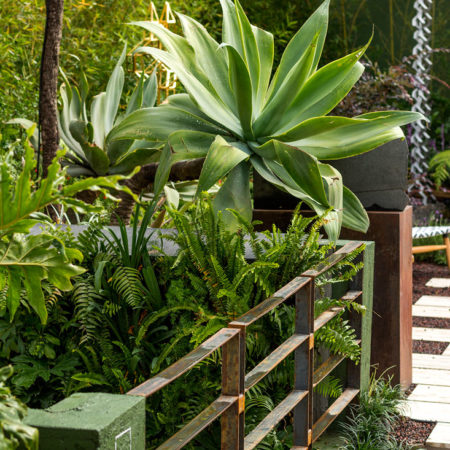 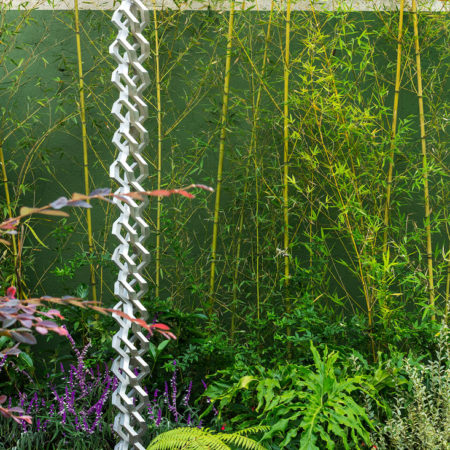 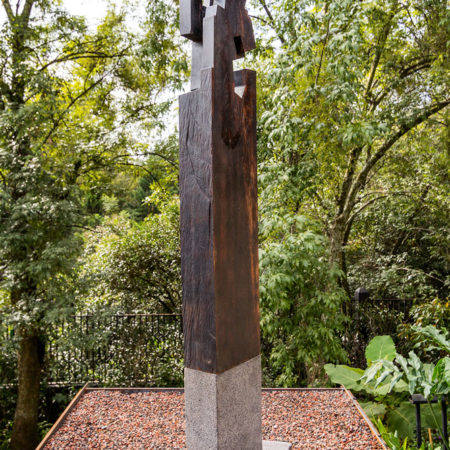 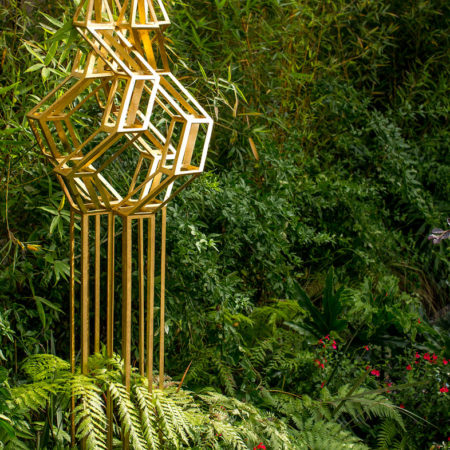 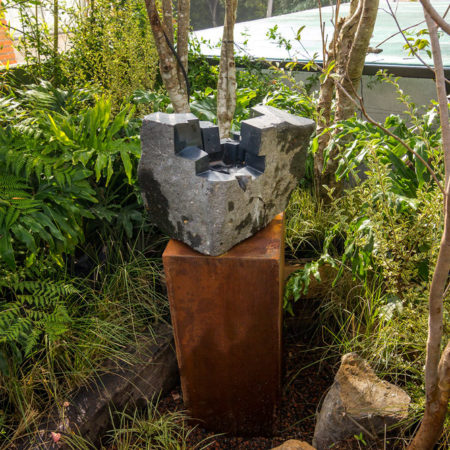 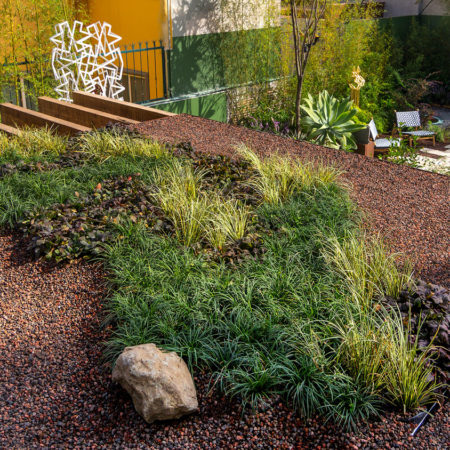 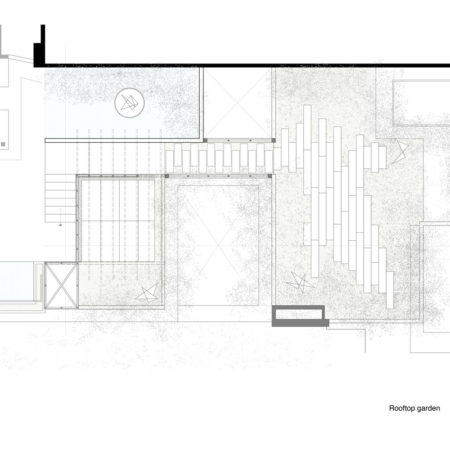 Gardens have the ability of forming, deforming and making space more abstract, profound and compact. Plants throughout the perimeter of the roof led the eye towards long views that reached the horizon. The slowly developing stairs around a travertine wall supported a wooden pergola. To one side a body of water filled with river rock and philodendron generated a threshold that transported the user from a bustling city into a paused and relaxed atmosphere.

The challenge and duty of architecture goes beyond the creation of contained structures. We can generate space by demolishing walls, creating perforations in slabs, and using materials that are alive. We understand the fifth façade as an underused space that has to be rescued and occupied in order to introduce new habits of urban living. We imagine cities that, when viewed from above, are habitable gardens.