Before the WWII, Szczecin was a german city and location of our museum used to be a urban quarter. During the war, due to air raids, a quarter was destroyed. After war, Szczecin became a polish city, meanwhile an empty square accidentally appeared in place of a former quarter. In December ’70, there were bloody clashes against the militia with tragic results of 16 fatalities. Since those events, a square has became a symbol of the fight for freedom, which is commemorated by a monument over there. Thus, an idea of a museum of the latest history of Szczecin in that place came up. Philharmonic Hall, designed by Estudio Barozzi Veiga was meant to be built on the opposite side of the street. Even then, we concluded, that this new building would become the new icon of the city, so we decided to step aside to the second plan with our museum design. A building is bringing together two contradictory traditions – prewar urban quarter and postwar square. That is how an urban hybrid was created – it encloses the space as a quarter, keeping the values of an open public space. 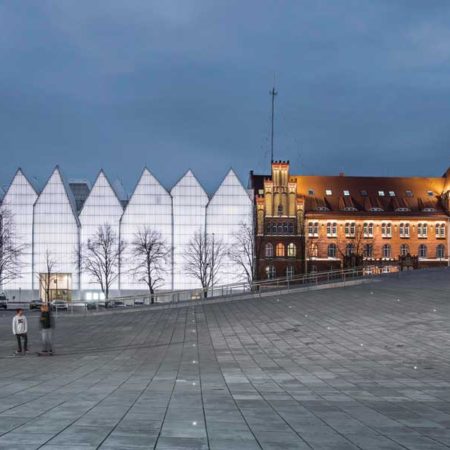 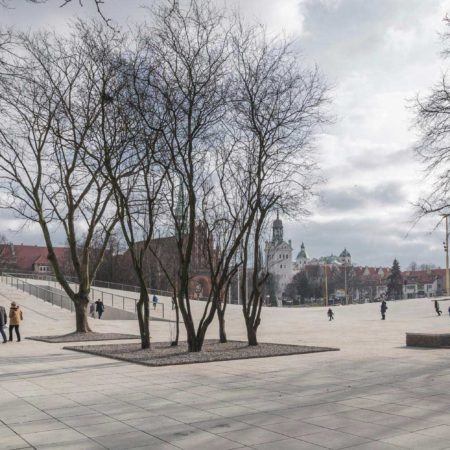 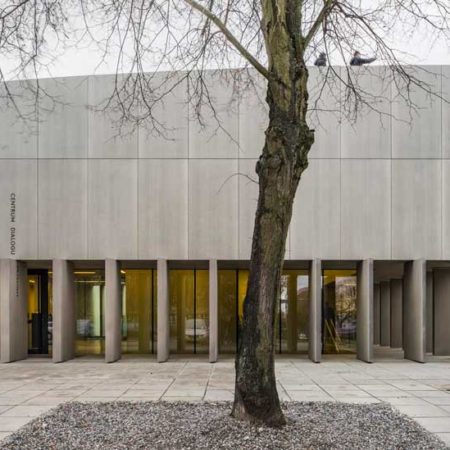 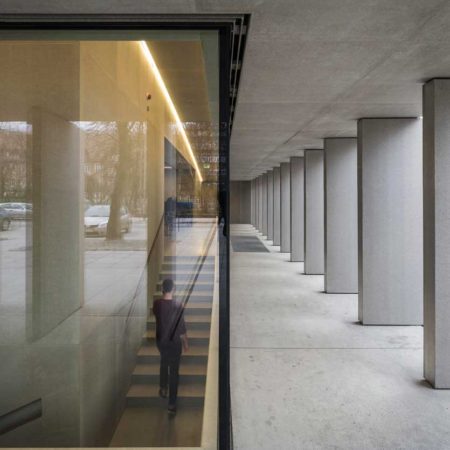 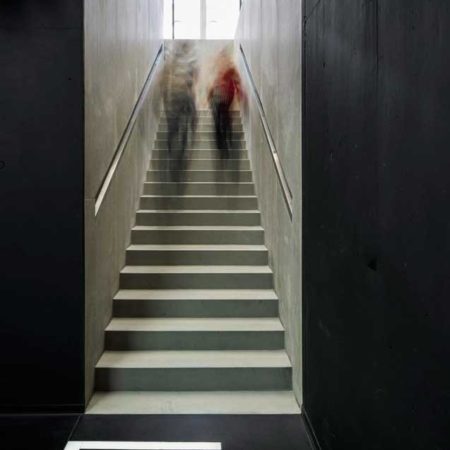 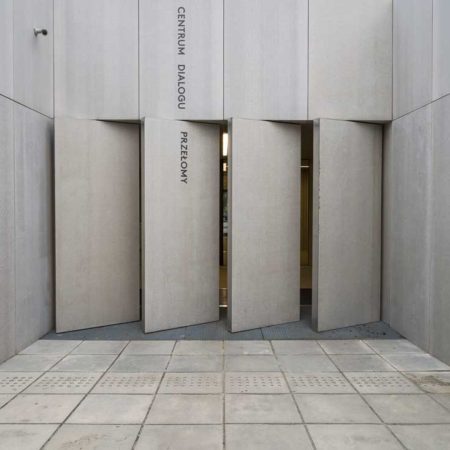 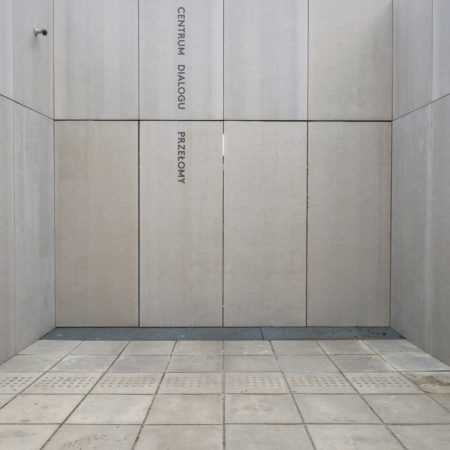 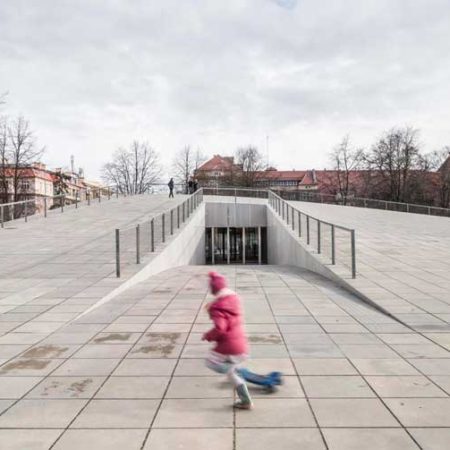 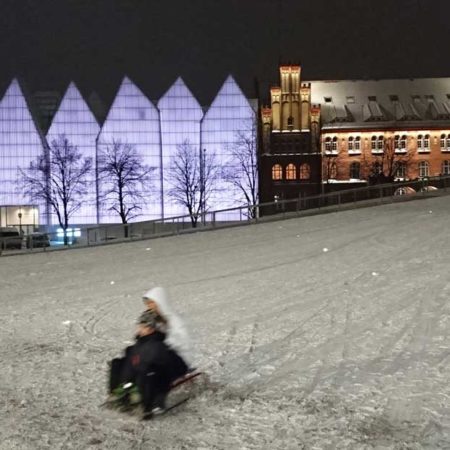 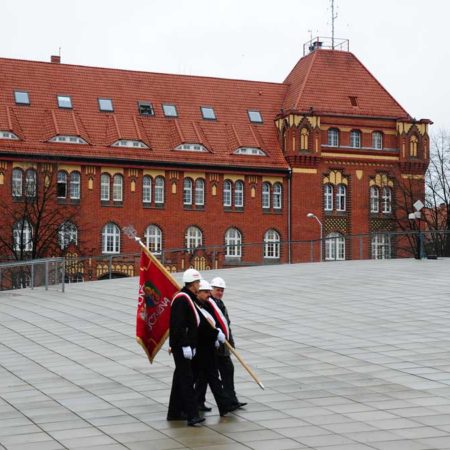 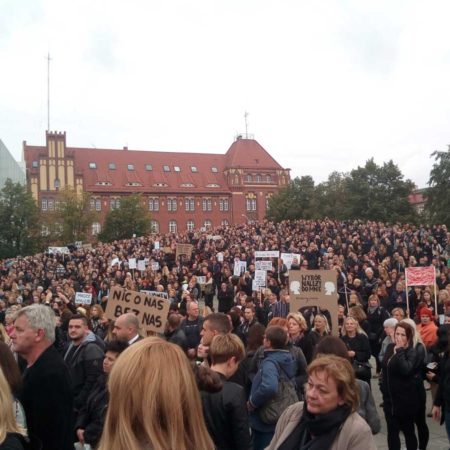 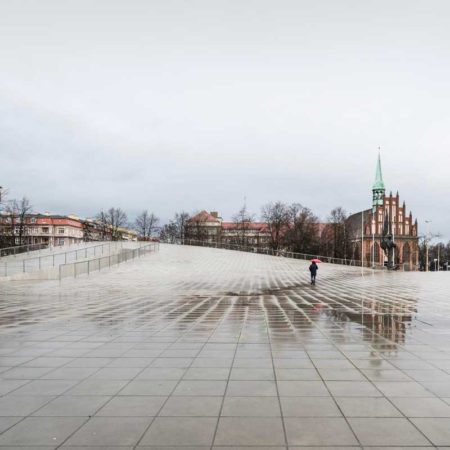 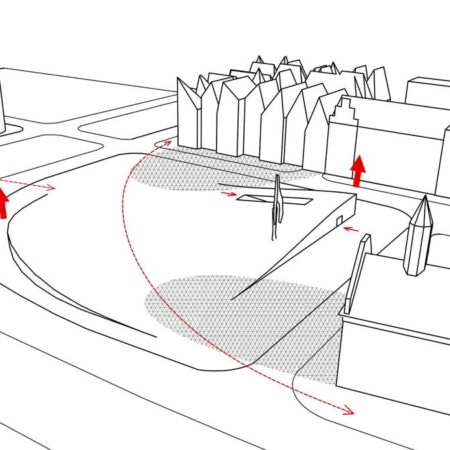 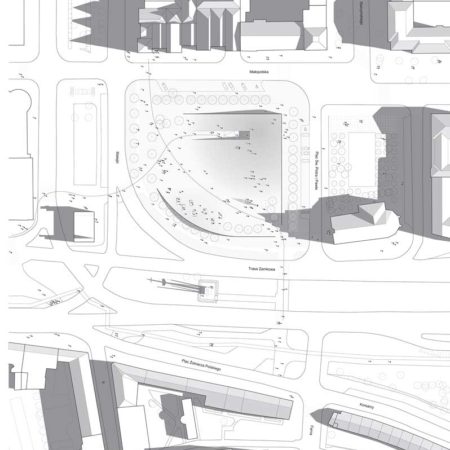 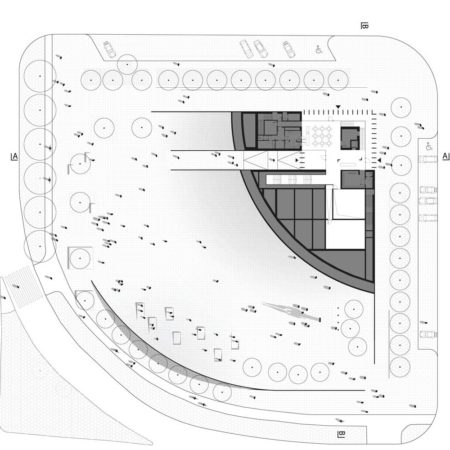 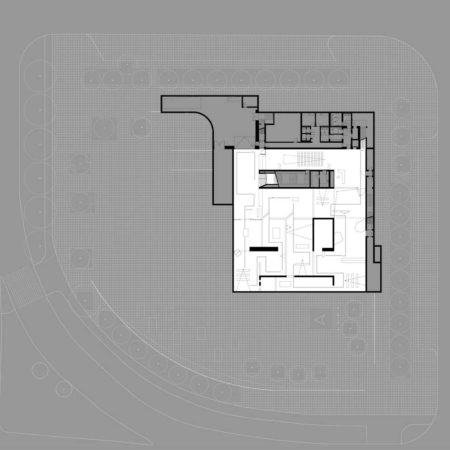 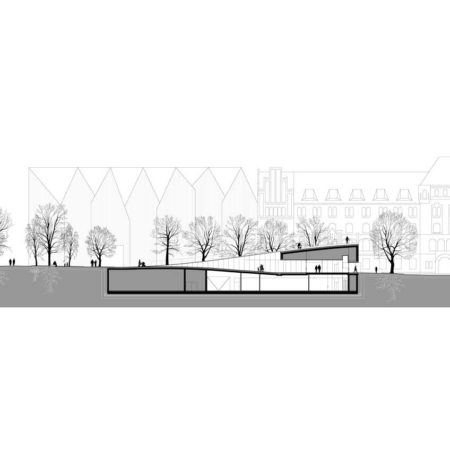 We needed some foreground in front of the philharmonic hall and the church, so that we stayed there on the level of existing square. Former quarter is marked on the opposite corners by smooth uplifts of the square. One of them contains a museum and another one works as a hill, protecting square from the busy street. As a result, an amphitheatric space of the square was created. To receive a monolithic character of the whole design, we attributed one material – concrete – to it, so on the material division of the square floor go in elevation.

Competition site didn’t included whole square, however, we decided to break it to give to the city an added value – a space, which gives brand new opportunities. Outline of the museum came from the competition site. Groundfloor is mainly the entrance zone, underground level became is exhibition space. Stairway the exhibition space is the border between two worlds, due to blackness of the whole underground level. This idea came up during the realization, when it turned out, that we would not design the exhibition space. We were afraid of some overwhelming scenography, which pretends to be the past, so that we wanted to cut off from it by this move. However the authors of interior design asked us for consultation and, by then, a collaboration began. As a result, we reject scenography and replace it by art. At the same time historical museum became the museum of art.

Despite of the ban, we pushed trough a smooth flooring, best for riding and doing sports, therefore, while museum is closed, life is still goes on on a square. Topography of the square encourages to skateboarding, skating or sledding. A square has preserved its symbolic character, this is still a place for annual ceremonies. City authorities began to use sloping surface of the square for openair concerts and summer cinema. Szczecin inhabitants understood, this is their square and now they are gathering there to celebrate as well to manifest and express their opinions.