Introduction
The innovative regeneration of DundasHill takes a long term, sustainable approach to the future transformation of the former Diagio distillery site through the commissioning of a development masterplan and the advance implementation of a green infrastructure framework. Taken together, the masterplan and green infrastructure will shape the future development of up to 620 new homes, embedding the creation of distinctive places at the heart of a new residential new neighbourhood.

The project is worthy of an award for the ambitious and confident approach the client towards investing in a landscape led approach to brownfield land regeneration. The construction of the public realm, woodland and shelter planting and the expressed sustainable drainage system first, establishes the quality and character of what is to follow and ensure the elements that are often left to last or forgotten about are given primacy in the design. The utilisation of the 18th C Forth and Clyde Canal as a large storm water detention basin as part of a city wide emergency storm water management system is thought to be a first in Europe.

Site
The City of Glasgow in Scotland has a distinctive topography shaped by glaciation that left behind a series of drumlins. DundasHill (also known as 100 Acre Hill) is one of the highest glacial drumlins that give Glasgow its distinctive character and urban form. The site for this regeneration project lies immediately to the north of the city centre, close to the 18th C Forth and Clyde Canal that was for many years the main transport route for industrial goods to and from the city. The site accommodated a series of industrial uses, including iron foundries, oil works, grain works, flour mills, chemical works and more recently whisky distilleries. The last whisky distillery closed in 2011 and the building were demolished leaving a series of large level terraces and the remnants of former buildings and woodland planting.

Problem
The problem was how to transform this post industrial landscape into a new residential quarter for the city that builds upon the distinctive topography and post industrial character. Other challenges include remediating contaminated land and designing a robust storm water management system that did not put further pressure of the city’s drainage network.

Solution
The project was tackled in two stages – an initial masterplannning stage that defined the spatial, ecological and hydrological principles and established guidelines for future residential development; and a subsequent detailed design and implementation phase that took the ambitious approach of constructing all of the key landscape infrastructure including public spaces, blue and green infrastructure and woodland structure planting in advance of any other development.

The brief for the initial stage of masterplanning was therefore to create a robust, flexible urban and landscape design framework that built upon the existing site qualities to stimulate an innovative approach to the future site development. These qualities included: the extant pattern of streets and platforms from the previous distillery; the dramatic south facing topography; spectacular views; proximity to the Forth and Clyde Canal; industrial remnants that give the site a unique character; existing trees and the ‘micro’ grain of footpaths and connections that create permeability across the steeply sloping site.

The masterplanning exercise involved rigorous examination of this character leading to the definition of six development plots, supported by a design guide to inform the future development of the neighbourhood, including detailed guidance on building and street typologies, relationships to public and private open space, site permeability and views.

The masterplan informed the detailed design and construction of the subsequent green, blue and grey landscape infrastructure that includes;
• a network of new public spaces, streets and footpaths that repurpose the site infrastructure and enhance pedestrian connectivity;
• an earth works strategy that dealt with site contamination whilst keeping all material on site thus limiting material taken to land fill.
• an innovative SUDS network of swales, rain gardens and basins expressed in the public realm;
• a new ‘canal’ on the southern edge of the site that plays a key role in managing the surface water drainage via a smart technology activated drainage  connection allowing storm water to discharge into the Forth and Clyde Canal;
• an extensive framework of woodland planting (over 2500 new trees), street trees and shelter belts to further define individual development plots and improve micro-climate;
• incorporation of several remnants of the industrial history into the public realm such as the vast concrete ‘bunker’ and brick retaining walls;
• reshaped landform to create a series of usable amenity spaces that can be further developed over time for active play and recreation. 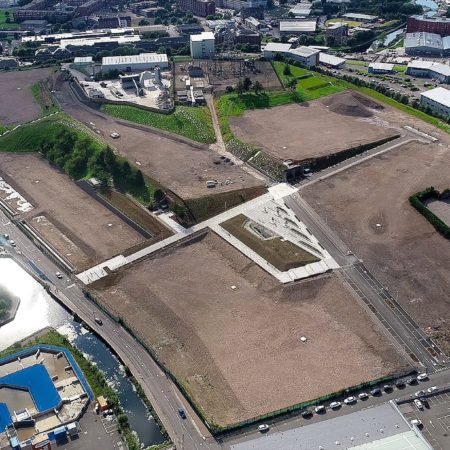 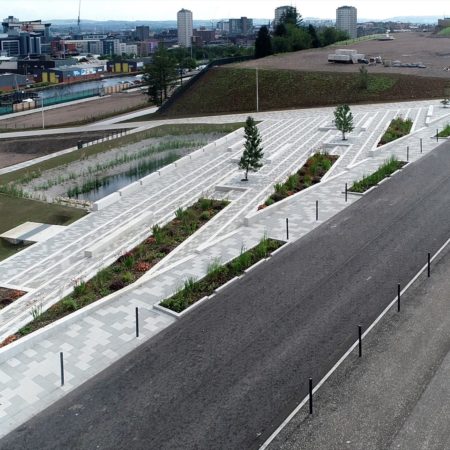 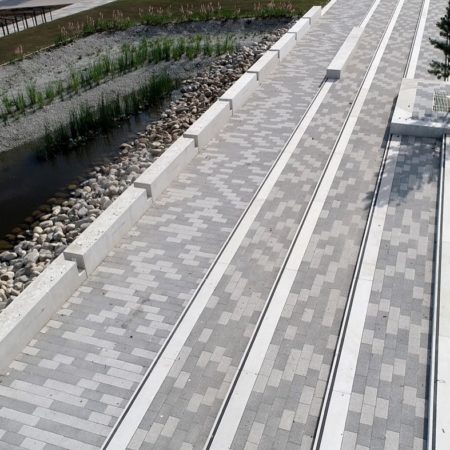 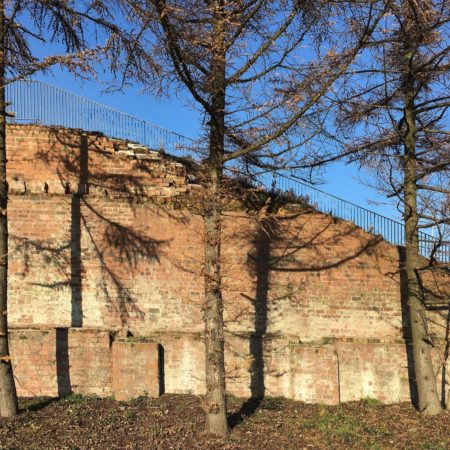 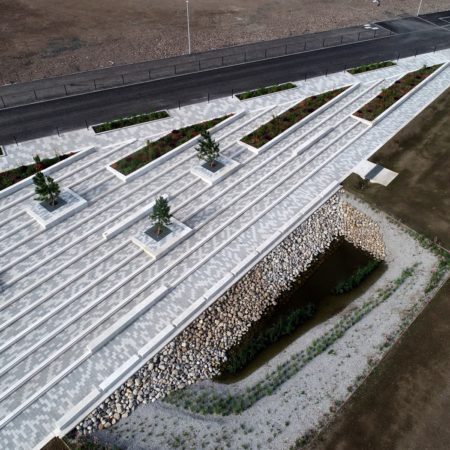 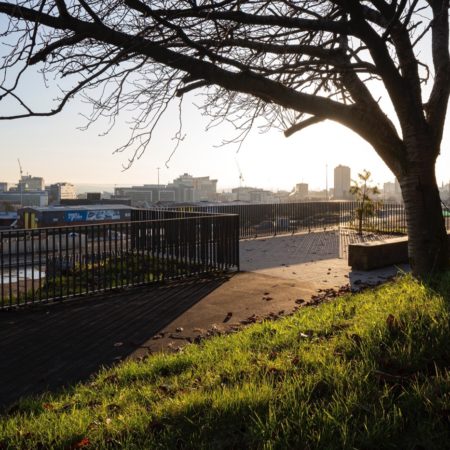 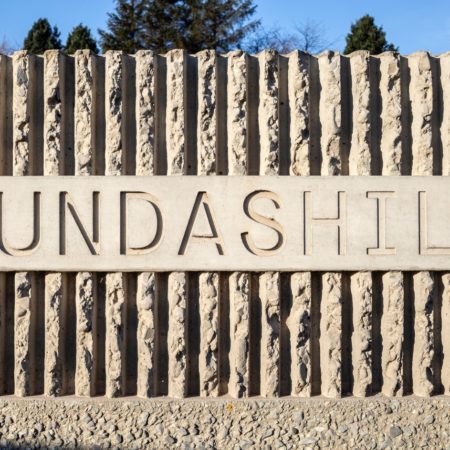 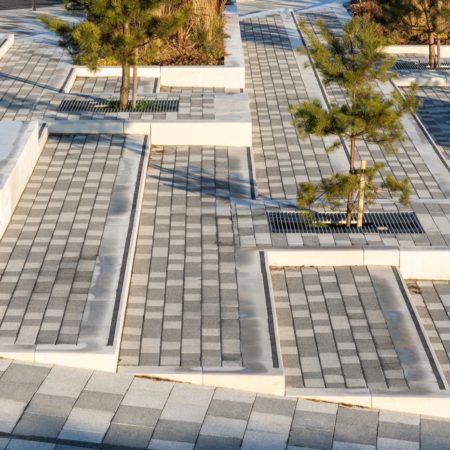 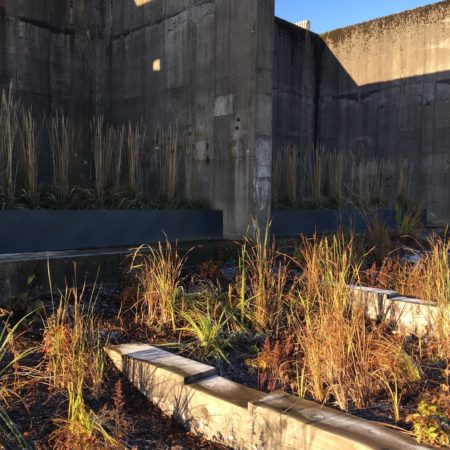 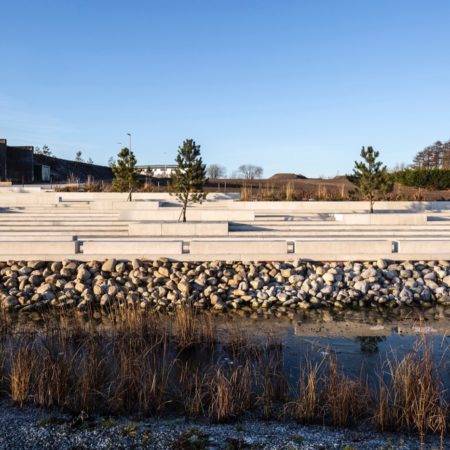 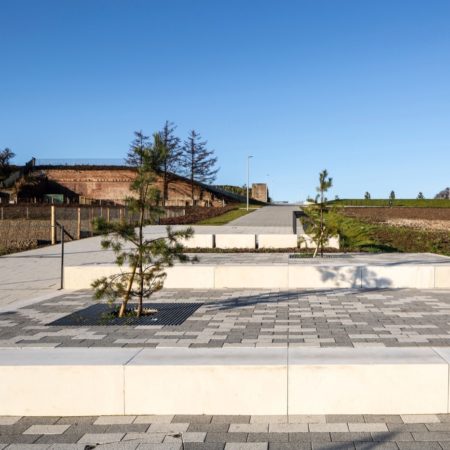 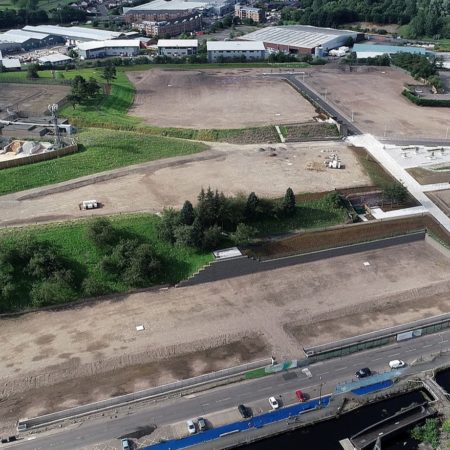 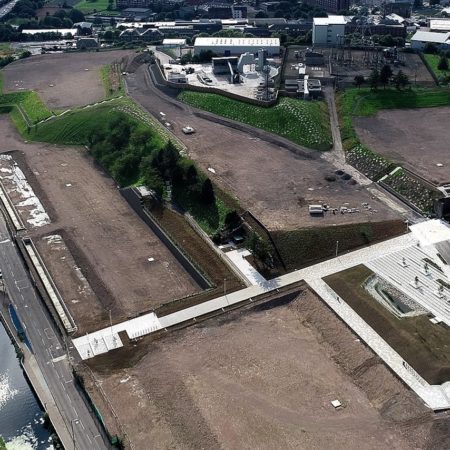 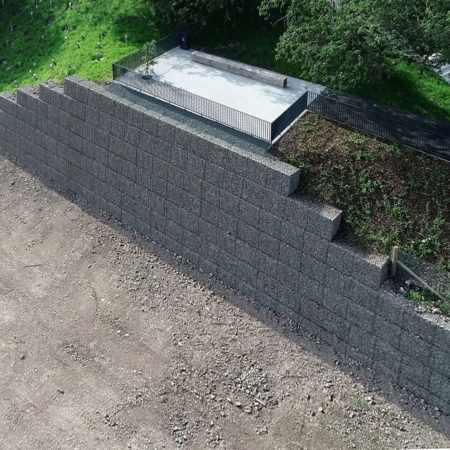 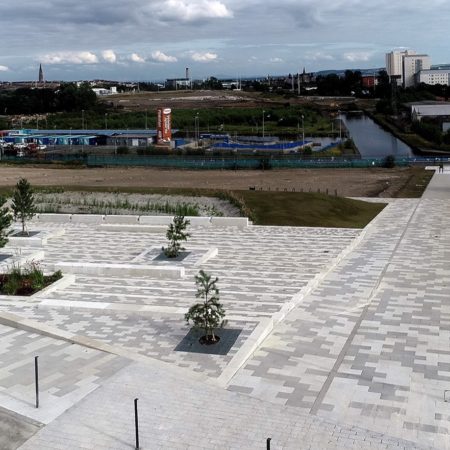 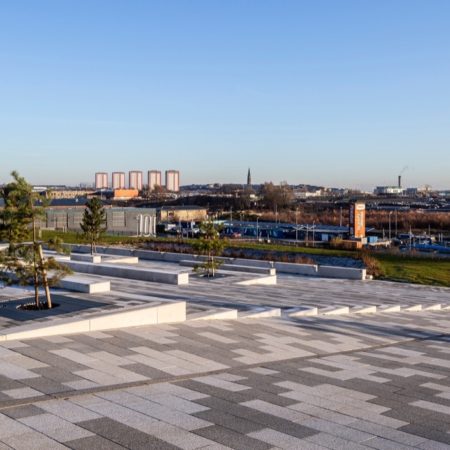 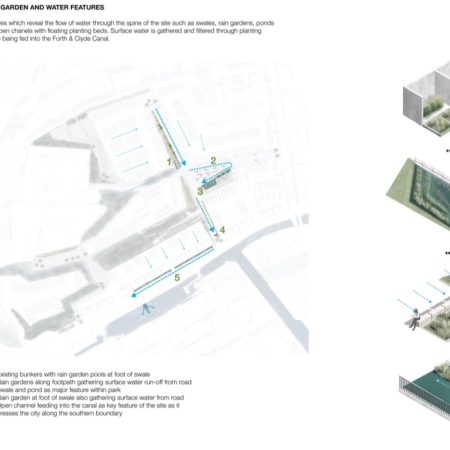 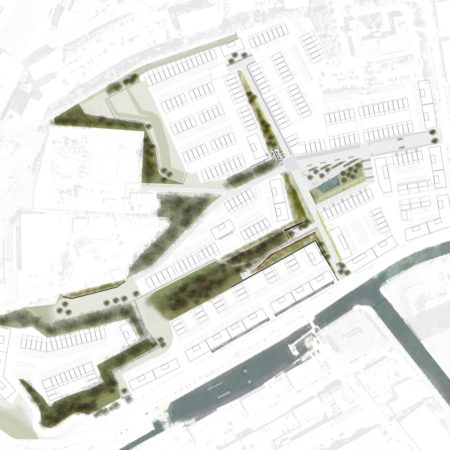 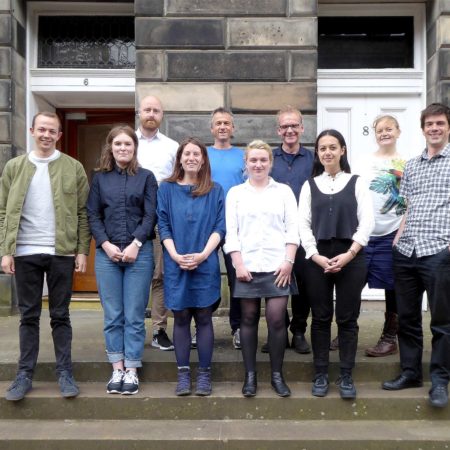