El Tanque (The Tank) Cultural Space is an old oil refinery tank built in the ’50s of the XXth century. The preservation of this industrial heritage facility in its original location, in the Cabo Llanos neighborhood of Santa Cruz de Tenerife, was decided in 1997 when the urban growth of the city converted the former industrial area occupied by the CEPSA refinery in a residential neighborhood. It was our founder architect who initiated the preservation of one of those crude deposits by showing the exemplarity of a singular piece of industrial character and helped the non profit Asociación Amigos del Espacio Cultural El Tanque to fight for having this building listed and protected by the Cultural Heritage of Spain against a minority who was interested in clearing the site for real estate developments. 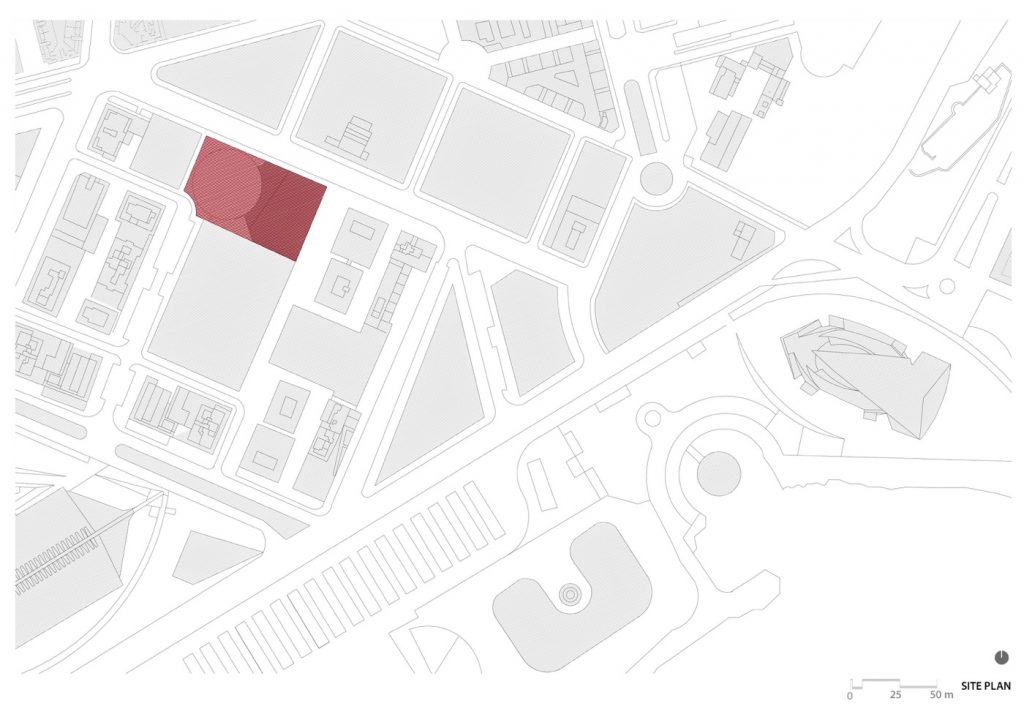 The adaptive reuse of El Tanque kept the essence and original aspect of the container, it offered a basic solution for access and sought for achieving the constructive quality of a timeless piece of work. Recycled materials from the dismantled refinery itself were used to build all the new elements. A ramp shaped facility lodges the reception area, a small vestibule, an information desk and toilets. The entrance is located four meters below the interior ground floor and is marked by a 5 m wide swing door made of recycled unpolished steel. The gentle ramp together with the high ceiling and the sidewalls compose a space of a marked perspective, which provides a great visual depth to the access path. The low height of the space that starts at the door and continues all the way under the foundation of the old tank produces a heavy pressure effect on the visitors, prior to their actual entrance into the tank, which is enabled by a second steel ramp and acts as an initiatory stage before entering into the monumental industrial space. A foreign object was rescued and added, an old passenger finger retrieved from the port of Santa Cruz de Tenerife is here de-contextualized to serve as footbridge for access from the street. 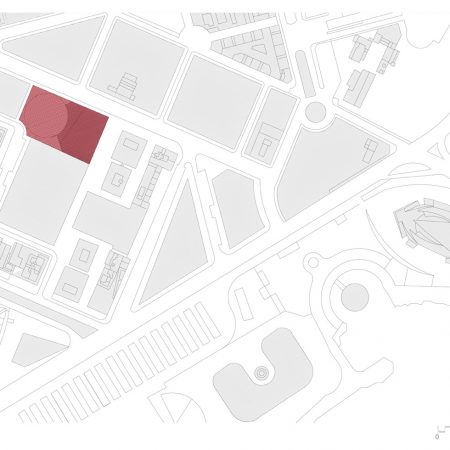 El Tanque Cultural Space receives several awards that recognize the quality of its redesign and for the next 25 years, hosts a variety of events ranging from exhibitions, performances and site installations to classical and pop rock music concerts. It is also the venue of the prestigious Electronic Music Festival Keroxen held annually. However, El Tanque’s environment does not receive the necessary attention from the public administration, which leaves it almost abandoned for two decades.

Coinciding with the 25th anniversary of this iconic cultural space, the non-profit Asociación de los Amigos del Espacio Cultural El Tanque decided to go one step further and, supported by the Canary Islands Government, promoted the redesign of its surroundings in order to produce the first public space in the entire residential area of  Cabo Llanos where El Tanque is set. It should be noted that El Tanque Public Garden would not have been possible today if it were not for the resistance movement promoted by the Association against those who wanted to demolish the former oil depot later repurposed as a cultural space.

We covered the entire perimeter of El Tanque with banana plantations as a way of referencing its historical agricultural landscape before locating the CEPSA refinery here, back in the 1930s. In our vision, users and visitors should be able to perceive the traces of history and understand the evolution of the site through a surprise effect: as time passes and the exuberant subtropical vegetation will grow around the industrial ruins, nature will gain the overwhelming presence of this once huge oil tank, restoring in this way the memory of the agricultural past and building a sense of cultural continuity and belonging.

Our landscape design involved a botanical approach and sought to offer a public space to a neighborhood that completely lacks public green areas. We have planted more than 700 trees, including cypresses, flamboyants, Roystonea Regia palms, Monstera Deliciosa, Ficus Repen and aromatic shrubs and plants. Most of the trees however are Musa Paradisiaca, as an homage to the former banana trees plantations that occupied the land before its industrial development. This species of banana trees is commonly known as banana palms: they grow fast, up to 7 m tall, and usually flower in summer, they need to be oriented towards the sun, so the chosen location is ideal for its climate. Cypress trees have been planted inside the perimeter of the original wall of the deposit and, the vast majority of conifers, they are evergreen, reach 20 m in height with a diameter of about 60 cm. Pyramid shaped and fast growing, from their early years, the cypresses will allow residents to enjoy a green environment while waiting for the rest of the vegetation to grow.

The irrigation of the Garden is supplied with recycled water.

Besides the vegetation, we took special care in lighting design to avoid light pollution and thus support the activity of the astronomical observatories set in the Canary Islands. In addition, we have designed a new element, similar to a light Minion, which upcycles old diving oxygen bottles. And, as a symbolic element of this industrial heritage compound, we have recycled an old component of an oil freighter and we have given it a place in the Garden as a totem, which can be seen from afar.