The jury recognized the tension and the atmospheric density that was achieved by well-known tools of garden design. The use of historic structures successfully establishes different ambiences and opens views that change the perception of the space, orientation and the scale of this relatively small plot. The garden was designed to catch changing seasons and light and synthesize them into a dramatic display of change. Ellipse garden is also a gardener’s laboratory, and reflects the joy in cultivating, playing and experimenting with plants and their characteristics.

The 7000 square meter Ellipsehaverne, is one of the largest private garden projects in Denmark in recent years. It has been the private laboratory of visual artist Kjeld Slot ever since his beginning of a career as a professional landscape architect in 2004. Its design is a tribute to the classical form of the ellipse. Other inspirations for the garden were the long Danish gardening tradition and the works of modernist garden designers Gudme Nyeland Brandt and Carl Theodor Sørensen.

The Ellipsehaverne were laid out in the winter of 2005 -2006 with 2500 Fagus sylvatica plants on a sloping field where cows used to graze, along a living wall of trees to the west. It has been an ongoing experiment with plants within a strong architectural frame. Over a decade it evolved by elements like elliptical rooms, hallways, holes, vistas, sights, topiary, axes and flowering beds in poly- and monochrome style until the garden was completed in 2018. Between 2008 and 2012 the garden has been open to the public.

Now it’s a green garden with a limited amount of plants, sandy soil, rocks and a lack of water, greatly depending on the gardeners skills. In 2018 most of the flowers had gone and the framework of walls, lines and punctuations has become the main feature of the garden. The 650 meter of beech hedge, ranging from 1,2 meter to 3 meter high, the walls, the ornamental hedges of 112 Taxus baccata and the contemporary parterre of 100 Buxus sempervirens form the skeleton of the garden.

In the future the garden can grow into a wild woodland, unbothered by scissors or saws. One day it might be cut back to the origin where its bones lies and new forms will become available. The strength of this garden is the contrast between the clipped green hedges and the shaggyness of the wild growing plants and less cared for areas, a juxtaposition all coming down to the gardener. 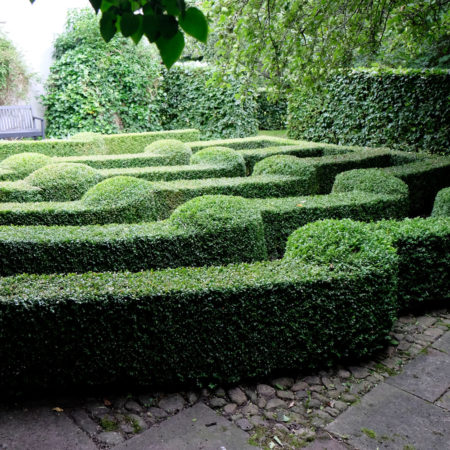 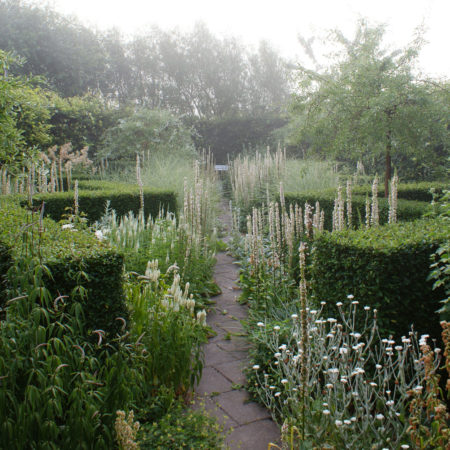 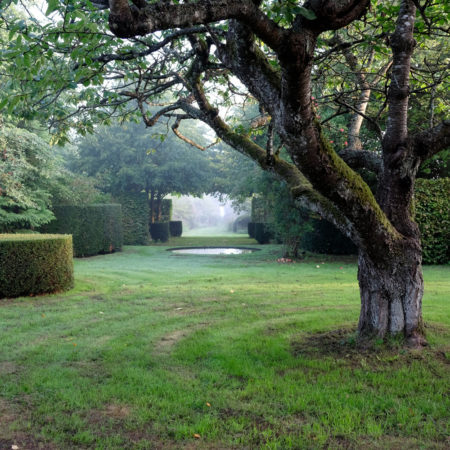 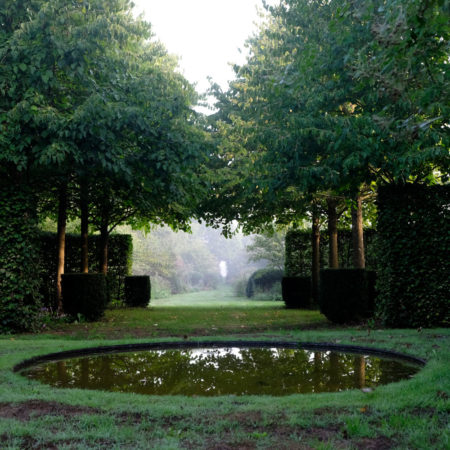 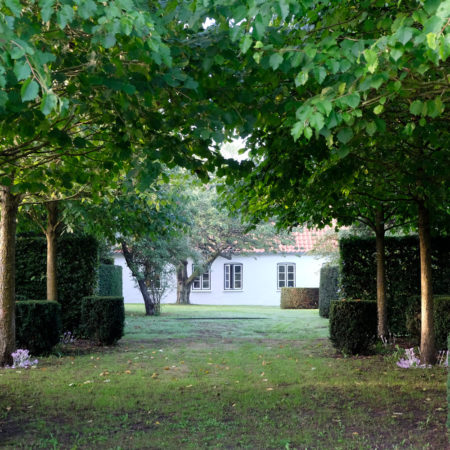 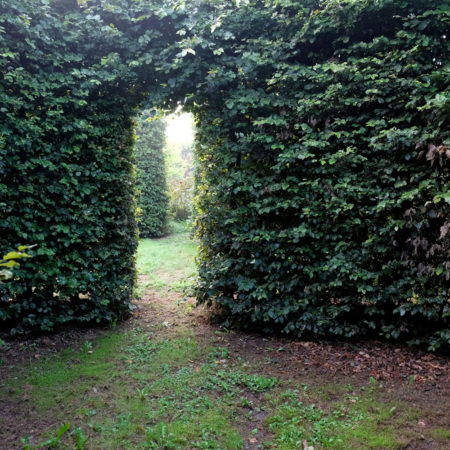 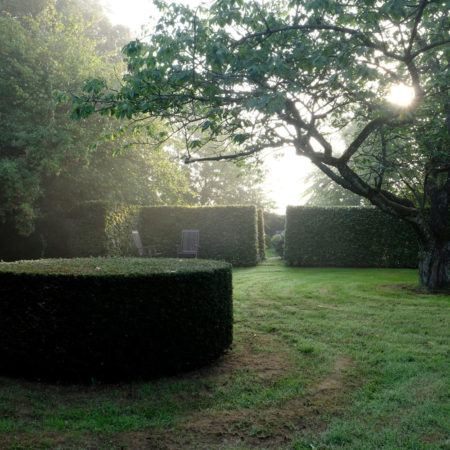 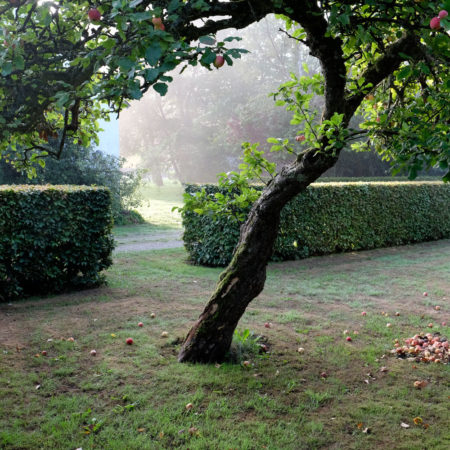 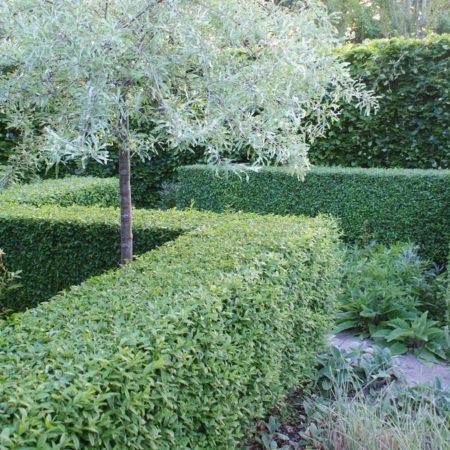 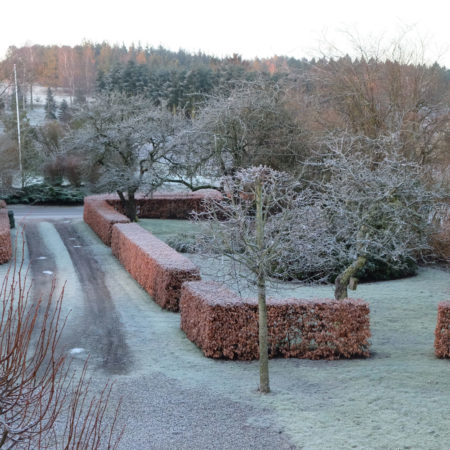 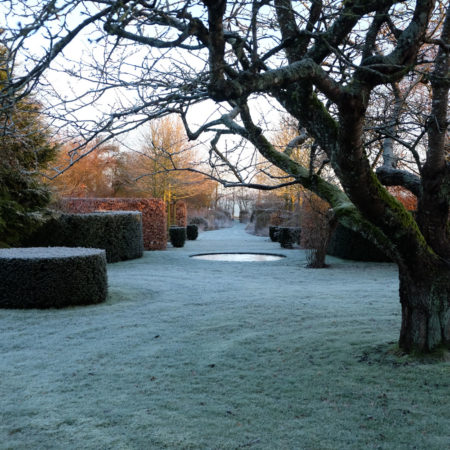 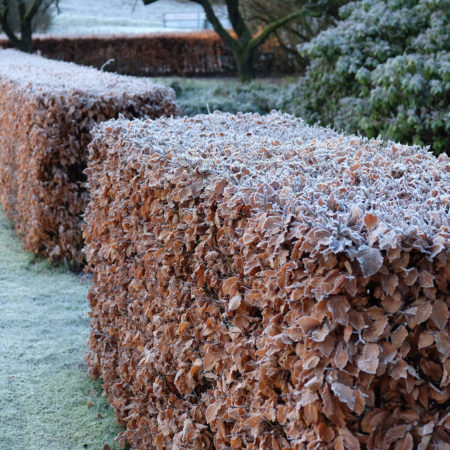 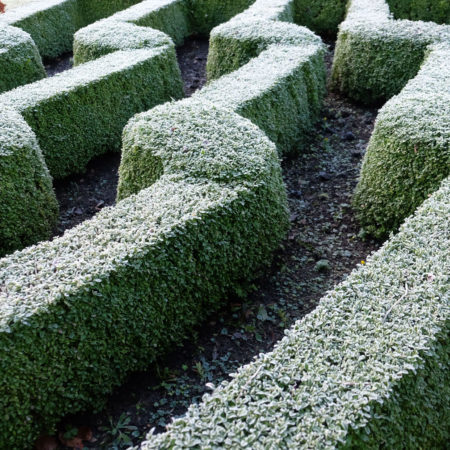 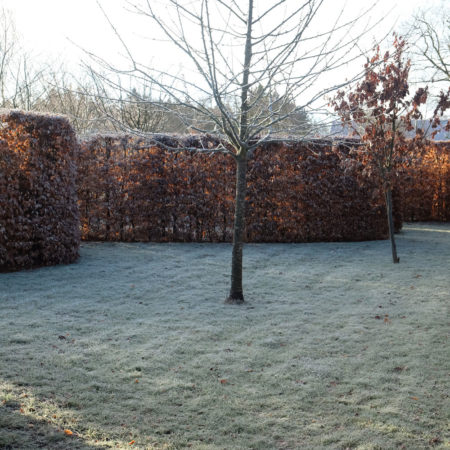 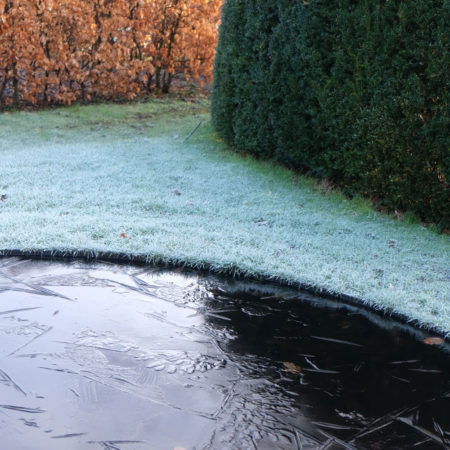 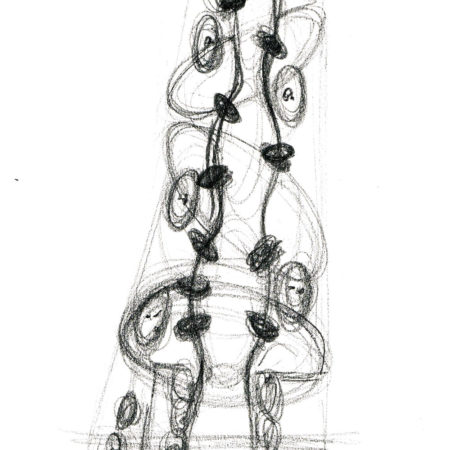 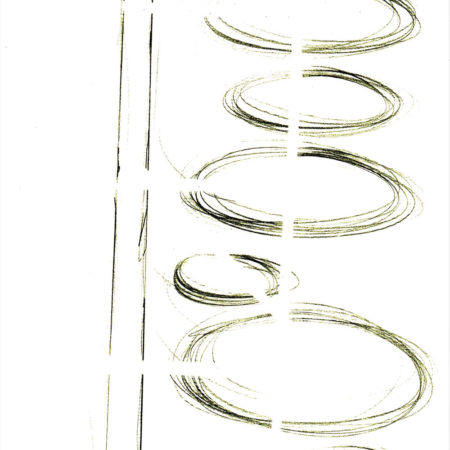 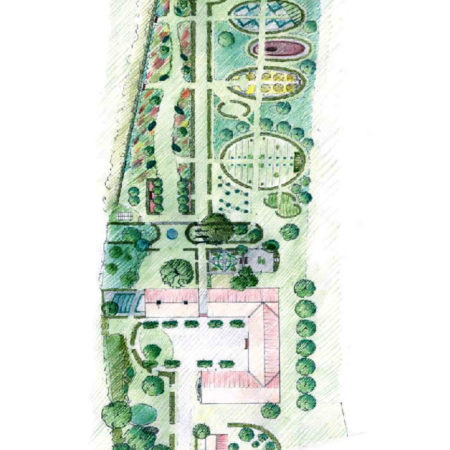