The ‘Etzenrader Huisken’, is a national and provincial monumental building with a unique garden that tells the hidden history of South-Limburg. In the garden behind the farmstead, old canals stand out in the landscape. These were once the canals of ‘Etzenrade Castle’, which were extended at a later stage and formed part of the gardens behind the Etzenrader Huisken. It is likely that the old farmhouse is constructed from materials of the 13th century Etzenrade Castle, which was demolished or destroyed in the 18th Century. The castle was located in a marshy area south from the Rode Beek (red brook) and was surrounded by canals. 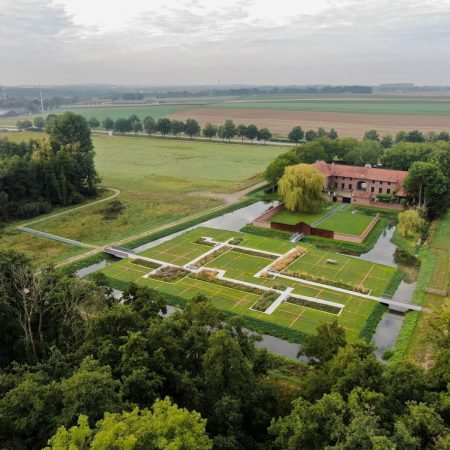 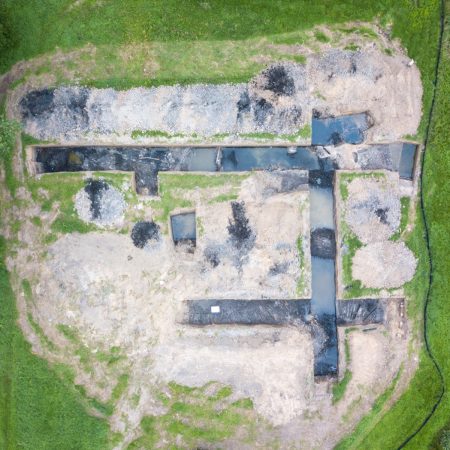 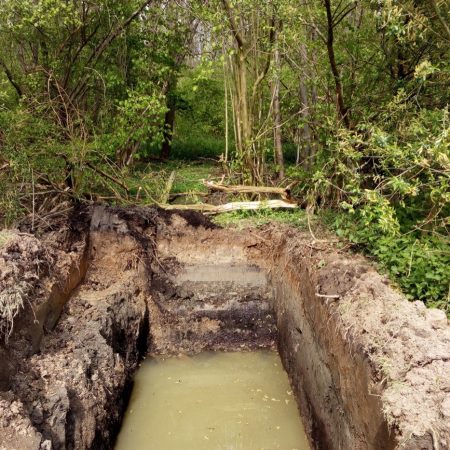 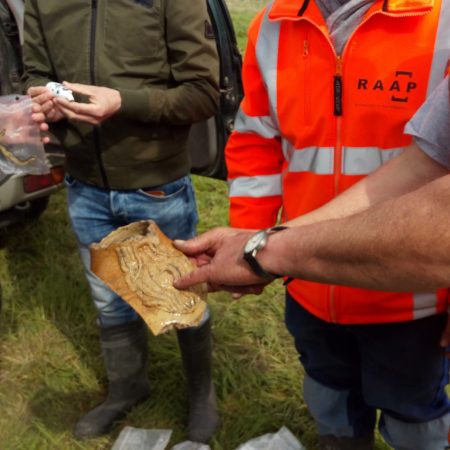 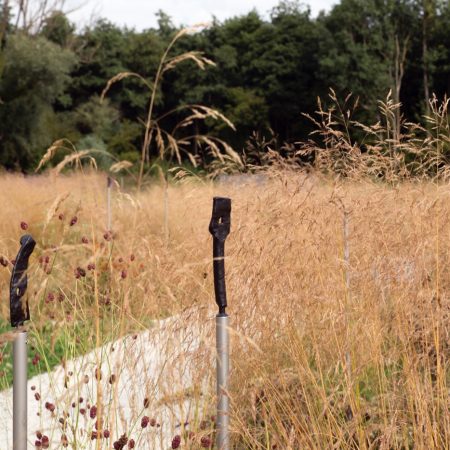 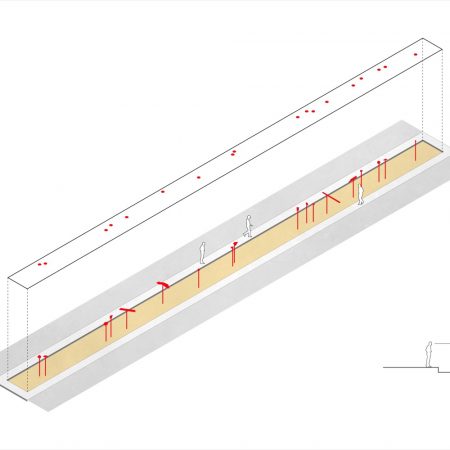 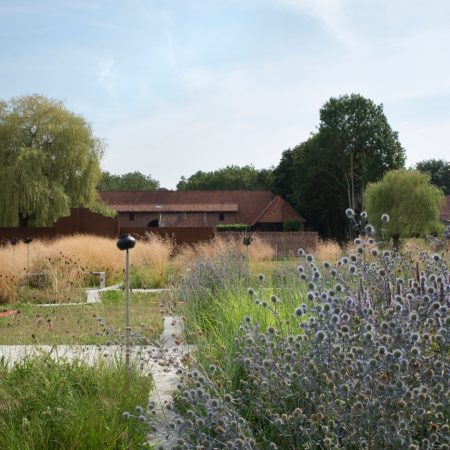 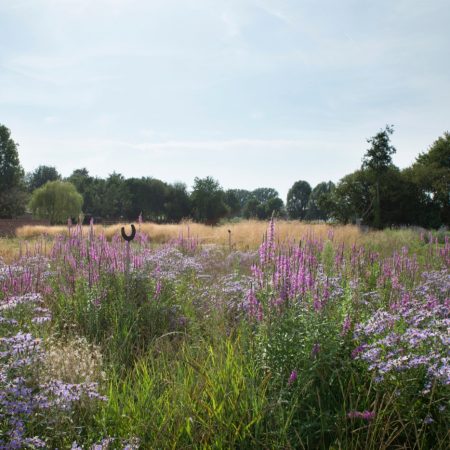 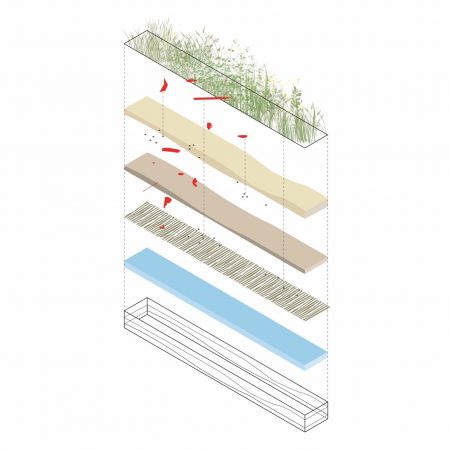 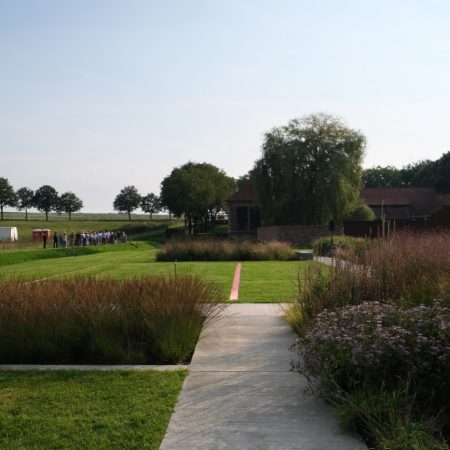 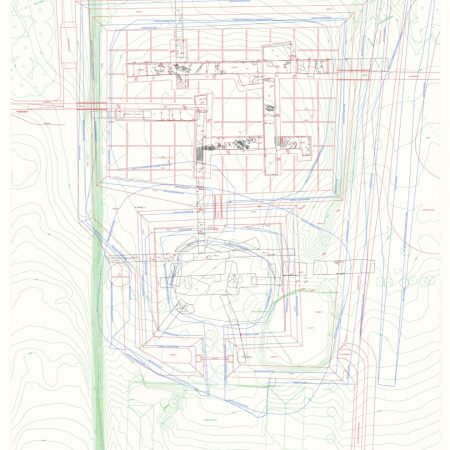 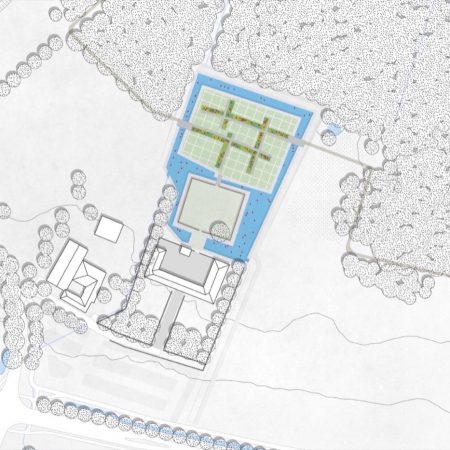 Landscape architecture office LOLA Landscape Architects and well known garden designer Piet Oudolf created a public ‘archaeology garden’, to make the history of Etzenrade visible again since archaeological research was essential in this design project. In the new design, the history of the area is accurately brought up and presented to the visitor. Little is left of the old castle, but the canals where reconstructed by means of soil research and trial trenches. The canals are excavated and now used as a natural water buffer. The location of the trial trenches are now the planting beds, that are guided by concrete footpaths. The trial trenches are used as a central museum park element and stay visible even though they are filled up again.

Replicas of the most extraordinary artifacts unearthed during the archaeological investigation, are displayed in the gardens at the exact location they were found. Like sculptures amidst the planting. Artifacts found in the water and the southern island are arranged on a table. They tell about the history of the site from the Full Middle Ages to the present day: household objects of the inhabitants, bones of the cattle that grazed at the site and armor of knights who defended the area, and even weapon remains from the Second World War.

The former castle stood in a swampy area, surrounded by canals that were fed by the numerous springs in and by the Roode Beek. The historic canals gradually silted up. In the course of the 20th century, the last remnants of the canals were filled in. As a result, only the Etzenrader Huisken is still a reminder of the former castle. In 2019, the canals were re-excavated and now function as water buffer for runoff water from the surrounding hills. LOLA Landscape Architects and Piet Oudolf created a new public garden that not only makes the past visible again, but it is also designed to support biodiversity and used for water retention.

To create this monumental Etzenrade Castle landscape LOLA made the sketch design, the preliminary design and the final design for the garden and the area layout. For the planting the landscape architect teamed up with Piet Oudolf and Deltavormgroep, who made the planting plan/planting design, while the technical design was made by Plan Group Heggen. LOLA did the supervision of the planting and has been involved in the project through the aesthetic supervision for the implementation phase.
The 15 hectare Etzenrade Castle garden is now one of the important key projects of the IBA Parkstad. The public garden and landscape design are part of a bigger plan for the surroundings in which the Rode Beek is upgraded for ecological and recreational purposes, to create more water storage, to contribute to nature development and to improve the accessibility of the area. The construction work was completed in 2020 and the garden is officially re-opened in September 2021. By now it has become a popular destination for walkers and garden lovers. Via semi-paved paths from Kneijkuilerweg in the south and Bredestraat in the west, the new public garden is not only open to visitors from the Netherlands, but also from nearby Belgium and Germany.   (Credits all photos/images: LOLA Landscape Architects) 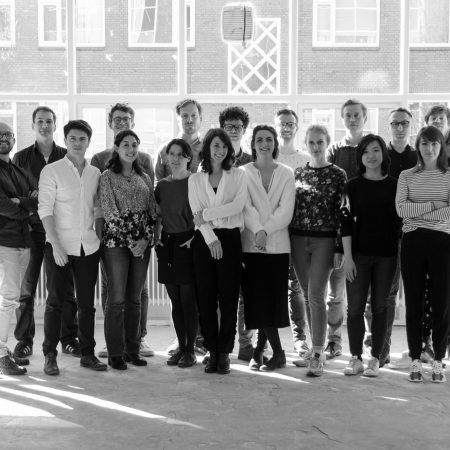 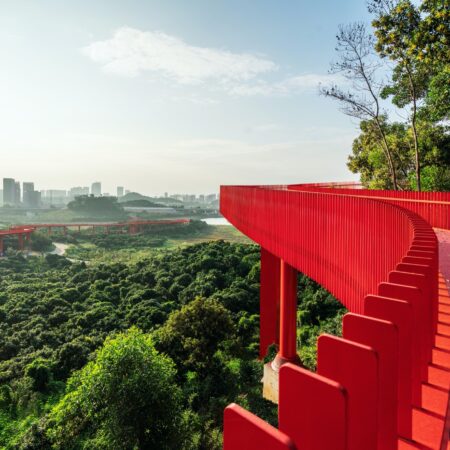 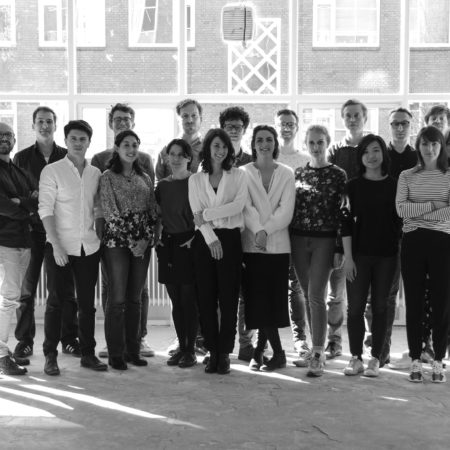