Fairbridge Farm School was a home and training institution for British child migrants which operated for nearly 40 years outside Molong in the central west of NSW, in Wiradjuri Country between Orange and Dubbo.

Between 1938 and 1974 nearly one thousand kids, from as young as 4 years old, some orphaned others taken from poverty-stricken families, were sent across the world to Fairbridge Farm with the promise of care, education, and a life of opportunity in a new land. In reality, the boys were trained solely for life as farm labourers, the girls for service as domestic aids. What ensued for most was a childhood of loneliness, hard work, deprivation, physical punishment, and often sexual abuse.

Rising public concern around the wider problem of institutionalised child welfare, led to Government inquires in Australia and the UK, and most fittingly, compensation and formal apologies offered by the Prime Ministers of Australia, Great Britain, and Premier of NSW to the generations of children who had suffered.

As the Fairbridge ‘kids’ aged and their numbers declined, and with their once pristine village home sold off and decaying through neglect, the Old Fairbridgians Association’s (OFA) responded to a latent urge to share their experience permanently and publicly, to create some memorial to their Fairbridge family – the only family most had known – and to mark their survival against the odds.

How to physically express this legacy and where best to locate it were the first challenges for the OFA Project Steering Committee established in 2018. With very meagre funds and a lack or relevant skills fit to this task, they fell back on their innate Fairbridge resourcefulness and a diverse network of contacts built– then set about remembering, and imagining.

And together, over an intensive 2-year effort, with generous public funding and private donations, the Fairbridge kids built their shared vision. The Fairbridge Childrens Park opened in early 2020, to the delight of 500 Fairbridge ‘kids’ and their families.

From the first concepts, the Fairbridge memorial was intended to re-tell the ‘kids’ story. It was to be both a means of sharing their childhood experience with others, but for themselves an antidote to memories of personal loneliness, suffering and abuse. What was required was a place to be and a park to experience – not a memorial garden to admire or another sculpture to view.

An old roadside rest stop on the Mitchell Highway was the ideal site – it was close to the Farm and offered views to old Fairbridge village buildings. More significantly, Molong Creek flowing along its northern edge had been a favourite swimming hole and bushland refuge for the children.

The park design evolved naturally to fit the site, structured around the children’s journey across the world and through life. Their story is told in four phases, expressed through four precincts within the 2 hectare park. The whole is linked along a broad pedestrian spine paralleling the winding creek which relates to the timeline of the Fairbridge program.

Each precinct follows the sequence of the kids’ journey, starting with the conflicted beginnings through the migration scheme in Britain, the Origins installation faces promisingly to the farm site opposite; their Passage across the world follows in a precinct contrasting adventure and disorientation in a grassland maze. Passing through replica gates to Fairbridge the Farm Life precinct tells of the living conditions and daily routine the children endured; then, features of their lives after Fairbridge are reflected in the Turn Out precinct’s activities and memorials.

At every level, the park design was constrained and disciplined by its creek flood plain location, limited budget and the OFA’s desire for a spare, authentic character. The landform received minimal reshaping and existing vegetation was largely retained. Low-cost construction solutions such as hydroseeding to manage erosion as well as adding an evolutionary dimension to the park were employed as part of the creative approach.

Importantly, the creation of Fairbridge Childrens Park has been defined through community effort and will remain so in management. This was evident in the overwhelming interest and impact – the ‘buy in’ – the project won from the Fairbridge ‘kids’ themselves, as well as from local community groups in Molong and Orange.

Since completion, the Park has made a positive impression on the pride and self-identity of Old Fairbridgians, and the appreciation of their saga by a very wide audience. It has become a place of learning, reflection and reconciliation, inviting former residents and future generations to reappraise the significance of this overlooked chapter of Australia’s history.

And the park is already evolving, adding depth and detail from the Fairbridge story and new attractions or events hosted by the local community – ensuring its future as a meaningful, living place that the ‘kids’ themselves desired. The Molong Country Women’s Association (CWA) use the Park to hold their regular markets. Carbone Council’s maintenance manager takes great pride and precision and mows the grass waves to create the Passage maze.

Moreover, the park compliments the existing tourism offerings in Molong, which includes a collection of Fairbridge memorabilia and interpretation of the program at the local museum. The site’s prominent location on the Mitchell Highway also offers travellers a rest stop of unique character to break their road journey.

Fairbridge Childrens Park elevates an almost forgotten place to its rightful role in history. It employs landscape to conserve and reveal a site of special cultural significance to the ‘kids’ who grew up there to Molong and to the Australian story. It is a place rich in history, a living legacy that conserves and enhances a site of great cultural significance to Molong and Australia. 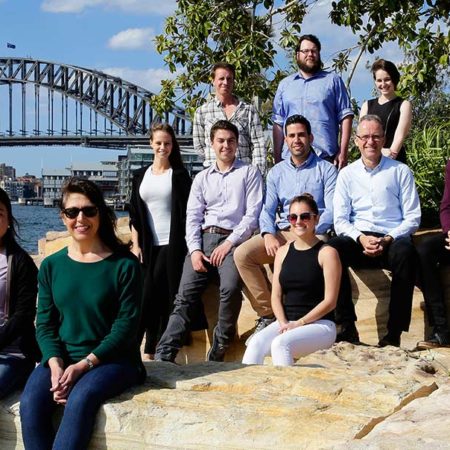