Located within the Xixian New City development zone, in Xi’an China, Feng River Eco-Park is an 880,000sqm stretch of remediated public parkland along the western bank of the Feng River – one of the eight great rivers of the ancient fortress city. The rapid urbanization over the recent decades has caused significant environmental degradation and loss of centuries old establishments along the river. Feng River Eco-Park seeks to set a new benchmark for new developments along the river, with a focus on environmental and cultural remediation. 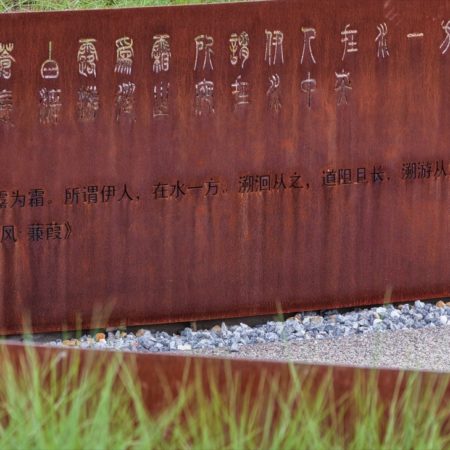 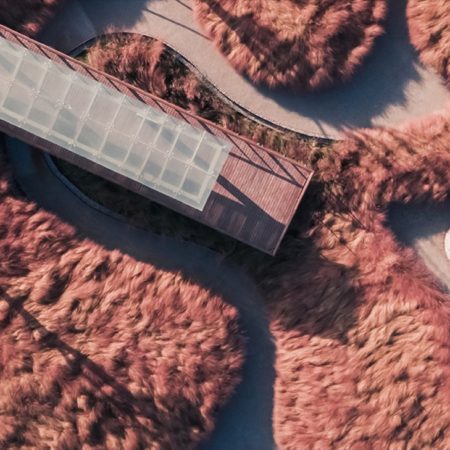 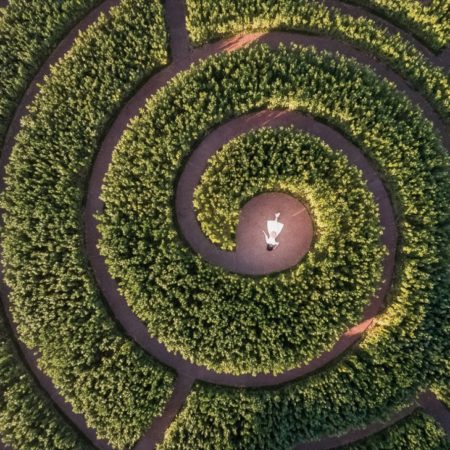 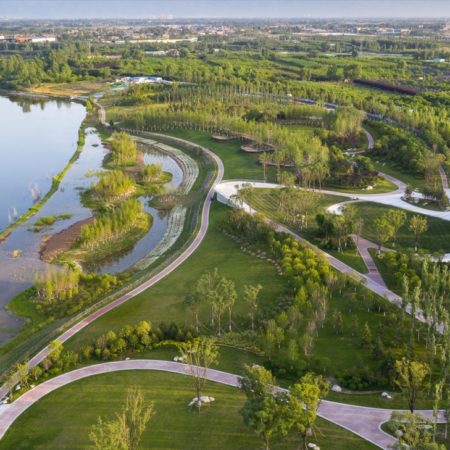 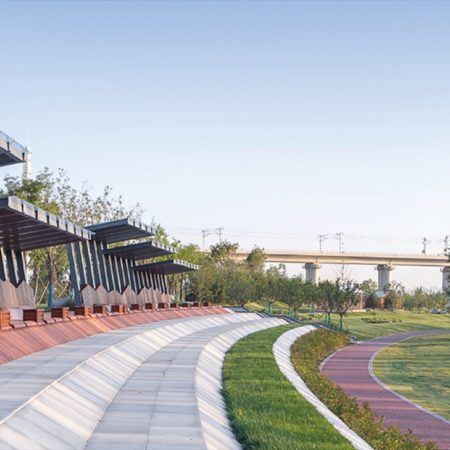 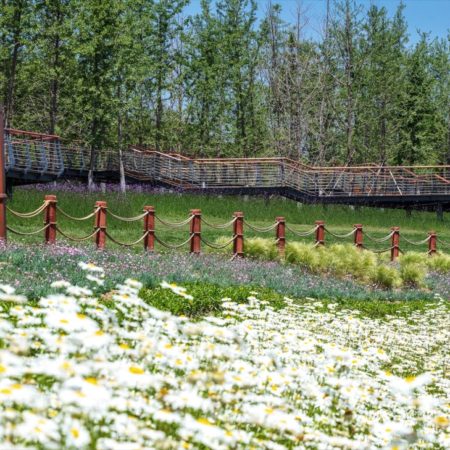 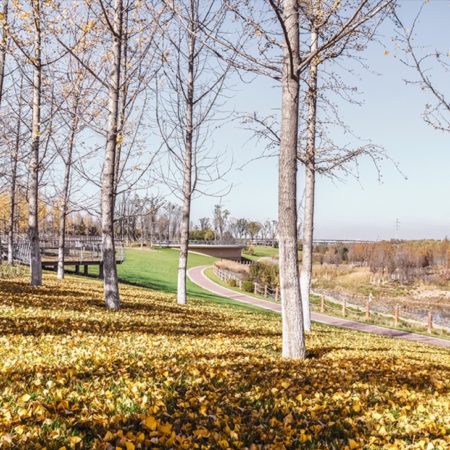 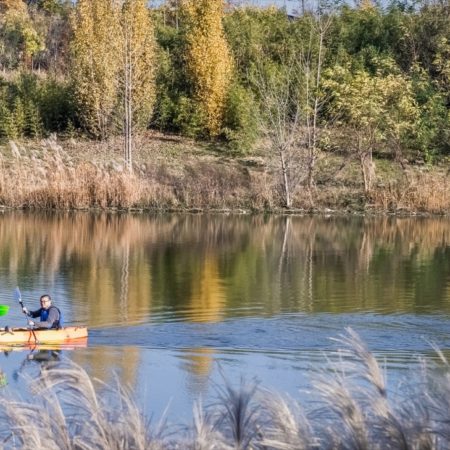 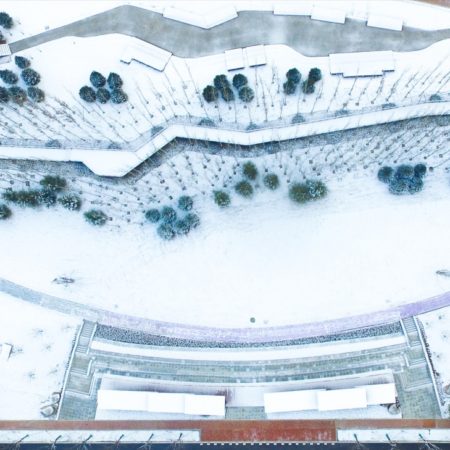 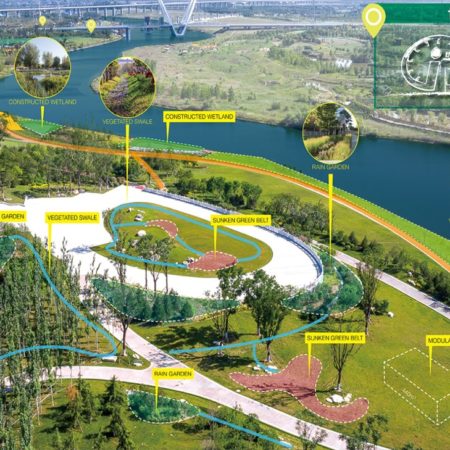 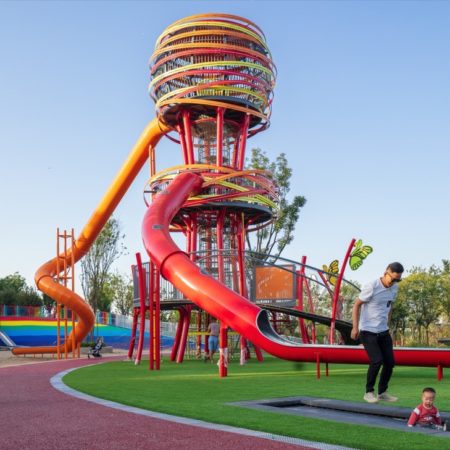 During the Western Zhou Dynasty 1045-771 BC, two ancient cities, Fengjing and Haojing, were established on the banks of the Feng River leaving behind a rich cultural legacy. It was here that Shih Ching or The Book of Songs, China’s earliest collection of poetry, was transcribed. Inspired by the Feng River and surrounding landscape, these poems represent a record of early life and experiences of the area.

The project conveys these stories through a series of site elements. A winding corten wall frames the ‘The Book of Songs Trail’, guiding visitors through curated garden typologies, adorned with historic and contemporary scripture, and enabling them to experience a connection with the surrounding environment. Historically significant motifs, depicting Cloud and Thunder patterns of the local bronze era, inspired the project’s spiral gardens and sinuous landscape. The ‘Sea of Grasses’ is inspired by the local romantic tale of ‘The Cow herder and The Weaver Girl’. The grass field presents a striking pink hue during the Autumn bloom and has become a popular destination for couples and weddings.

The unprecedented urbanization of the city resulted in significant degradation along the Feng River, and as such environmental remediation is one of the key scope of works for the project.

Centered on one of China’s three major migratory bird paths, the design enhances the existing tidal wetlands through the use of a rainwater-fed rubber cofferdam to expand and enhance migratory bird habitats onsite. New island habitats planted with Metasequoia and shrubs provide new habitats to encourage capacity for migratory birdlife. To minimize wildlife disturbance, public-access is removed from key habitat areas and relocated to the wetland edges in raised paths hidden behind groves of native trees. These hidden paths offer discrete viewing vantages over the wetland of migratory geese, Grey Heron, and Mallards from October to March.

As part of the site wide Sponge City and water strategy, terraced biofiltration wetlands are implemented along the river banks, treating diverted flows and overland flows prior to discharge back into the water system. Runoff is captured and filtered onsite through a series of rain gardens, constructed wetlands, bio-swales, infiltration ponds and underground modular detention tanks as well as recycled permeable paving. Onsite water storage is used for irrigation and maintenance during the dry season.

A triple-tier walking, biking, and running access system guides users around a layered parkland setting along the riverfront. The rear of the park is demarcated by a linear dike road for slow moving traffic that feeds a series of car parks and key arrival points. Primary arrival nodes are fitted with dedicated 24-Hour Smart Hubs with integrated self-service amenities offering basic food/beverages, Wi-Fi hotspots, charging points, restrooms, and wayfinding. The wayfinding and navigation system is designed to feed into other destinations across broader Xi’an, integrating the park within the broader regional tourism network. The combination of innovative self-service facilities with social attractions enable the park to function successfully as a stand-alone regional destination. This model sets a precedent for future development, encouraging low maintenance, self-service concepts and ecological remediation. 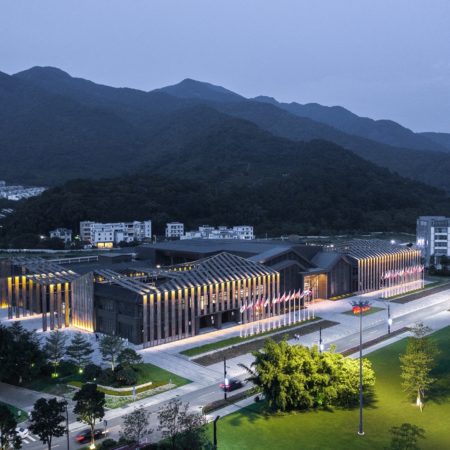 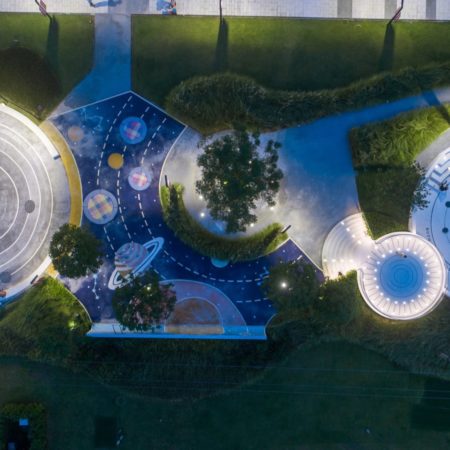 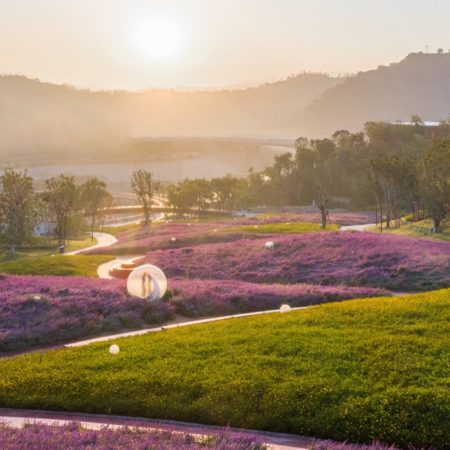 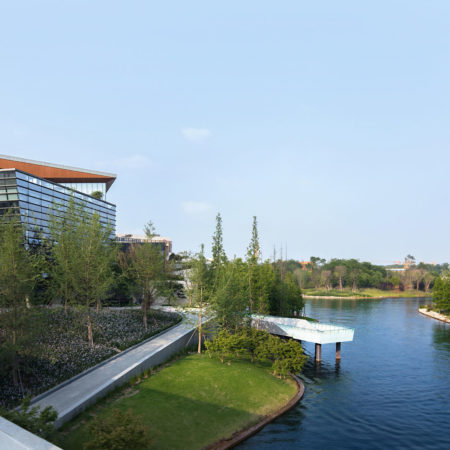