Auckland International Airport is strategically located on the eastern edge of an isthmus of the North Island of New Zealand, where the topography unfolds into the rugged coastline. Along this eastern coast, New Zealand welcomes the globe’s first light of day and watches as the seasons change in dramatic shifts. Although 70% of visitors to New Zealand arrive through the Auckland Airport, the site has remained out of touch with the unique national identity of its landscape. The new Auckland Airport landscape offers a welcome to visitors, a recognition of the site’s culturally important landscape, and a celebration of human engagement with the uniquely dramatic New Zealand landscape. 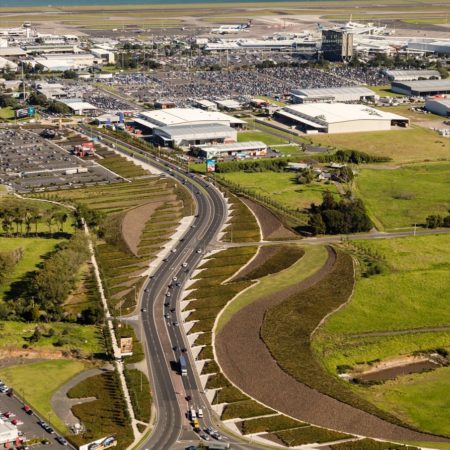 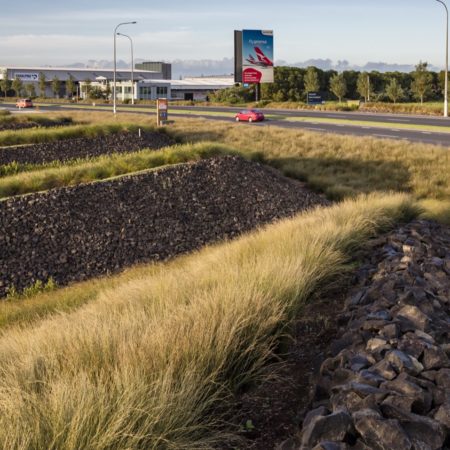 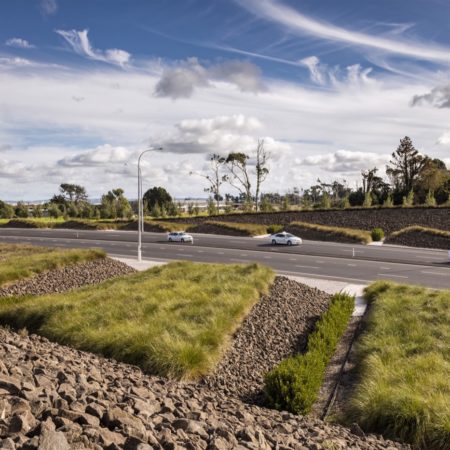 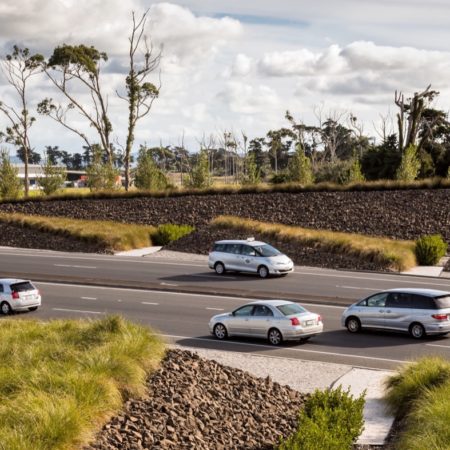 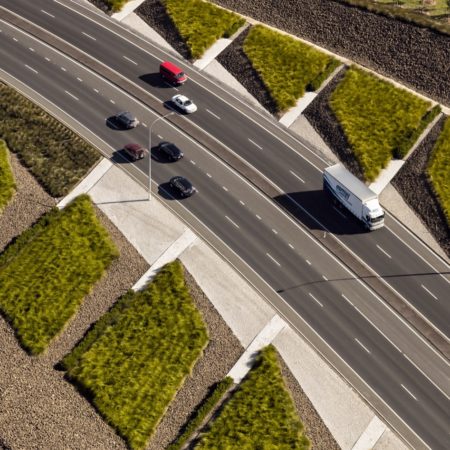 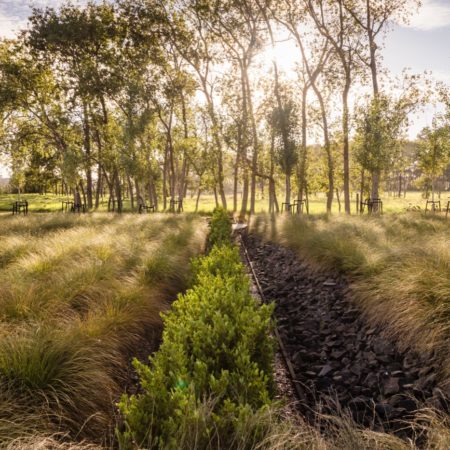 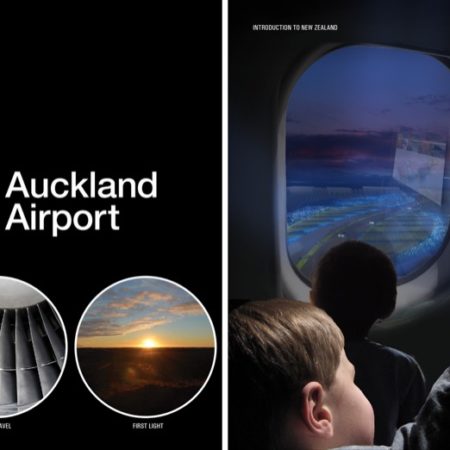 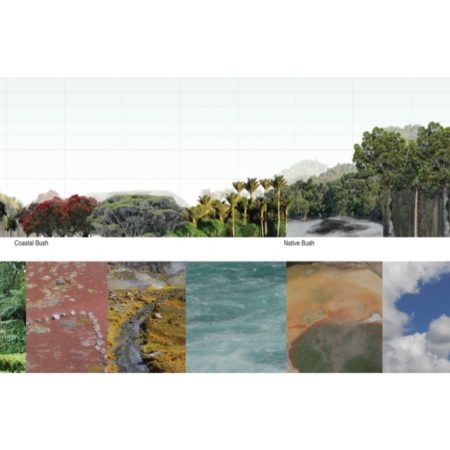 Historically, the Maori and European settlers dramatically shaped the both the landscape of Auckland as well as that of the broader New Zealand continent. The Auckland International Airport is sited in the same region that the Maori first arrived in waka canoes from Polynesia, transforming the landscape through the cultivation of tropical plants in stone-lined excavations that have today become a sacred typology. Centuries later, European immigrants further modified the landscape with the cultivation of orchards and timber trees. They, too, protected the crops from the harsh climate with layered plantings of strict hedgerows.

The airport landscape is an expression of this engagement between people and land, and it celebrates the multiple histories of New Zealand’s vernacular landscapes. Stone mounds that reference Maori stonesfields rise from the ground; a datum of hedgerows overlays these mounds, creating a simplified groundplane from which the greater Auckland landscape—both urban and volcanic—can be read with a newfound clarity. The earthforms serve a dual purpose as they address on-site soils remediation and stormwater treatment, part of a larger ecological mission of the airport.

Smaller, stone ‘blades’ reference the motion of a jet engine, and emphasize the excitement of arrival, travel, and cinematic choreography—of planes, cars, bicycles—through the airport landscape. Native New Zealand grasses soften the blades and connect them to the regional landscape. International travelers to and from Auckland generally arrive in the dark. Leveraging the importance of light as part of the airport travel experience in Auckland, the airport celebrates the New Zealand landscape in light. A spectrum of colors are pulled from the dramatic New Zealand landscape, from Hukafalls to the volcanoes in Auckland, and projected on the stone blades—welcoming travelers to the landscape of the country as they arrive. 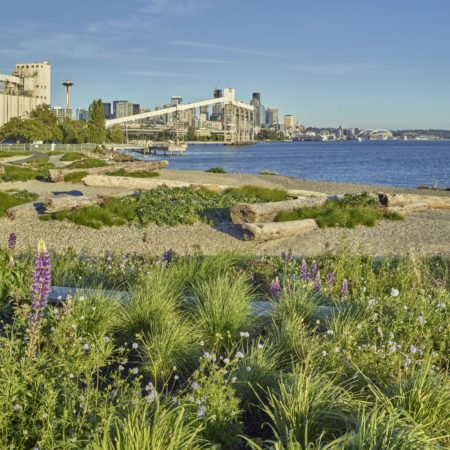 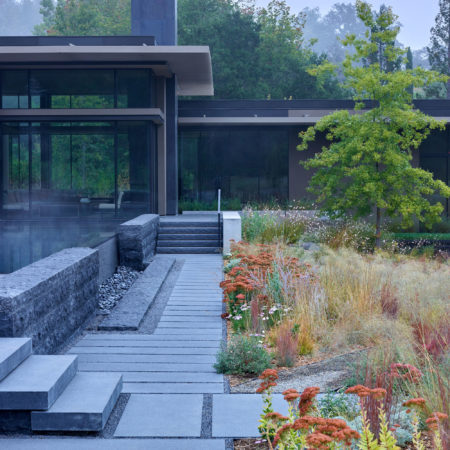