The Fold’s childhood is a sculpture-landscape, monumental and elongated in the land of the place called Boudines. It takes part to a surface of soil of 2600m². Its forms are an interpretation of the force that spawned landscapes of the Jura massif (Jura folds). Meeting of 2 formal systems: In the orthogonal landscape of Meyrin-park and near the flat facades of the École des Boudines, sculpture-landscape emerges in curves and volumes. It is a response to the principle of tabula rasa, to the deliberate ignorance of the pre-existing landscape that presided over the realization of Meyrin-park. Within the modern “radical” city, the artistic project inscribes a set of differentiated forms, extraordinary in the context of the orthonormal city. 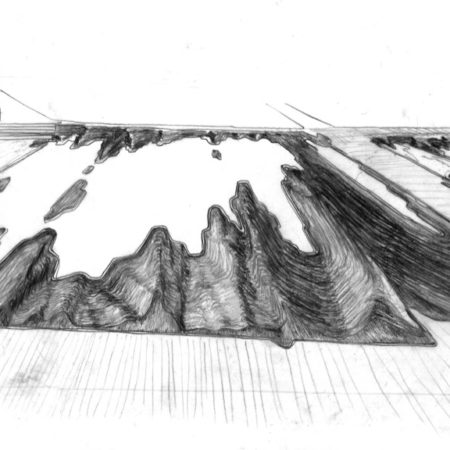 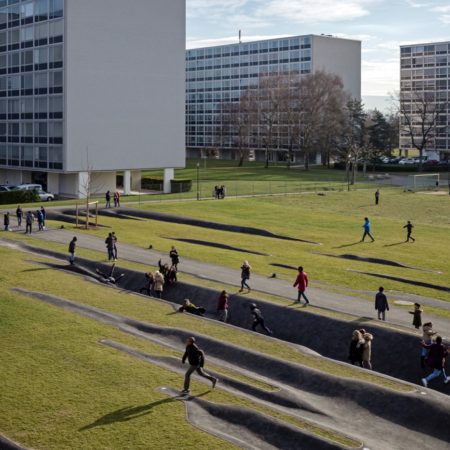 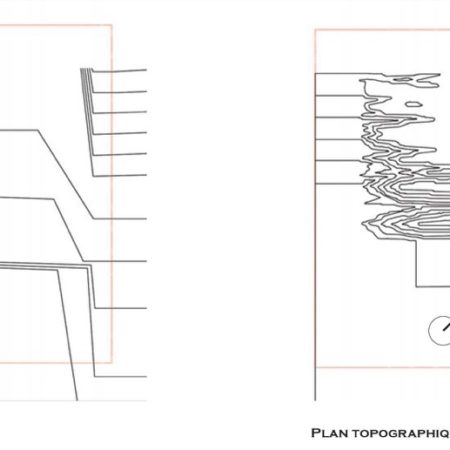 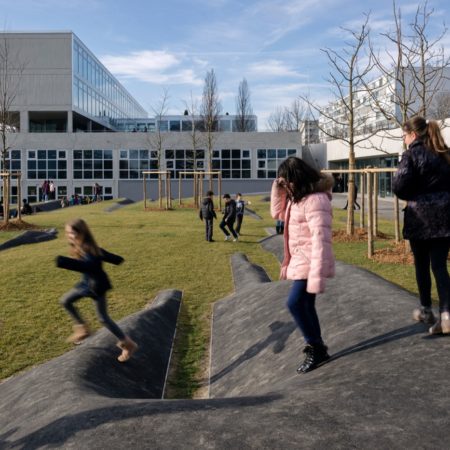 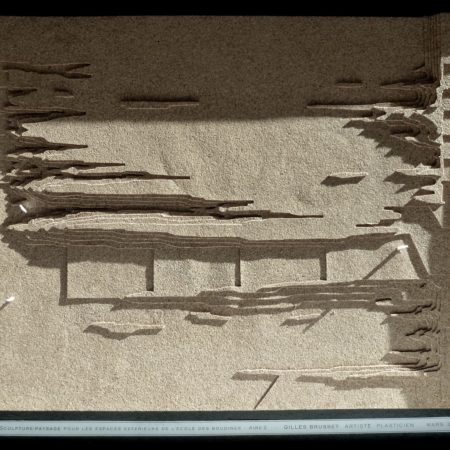 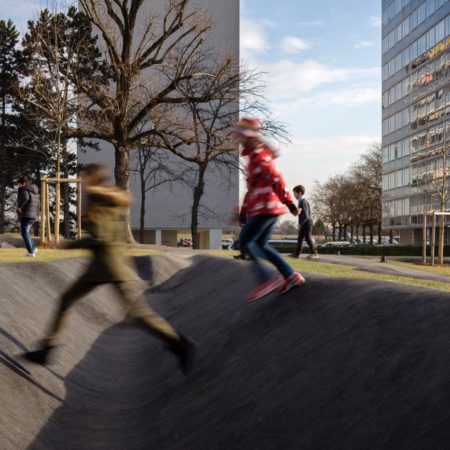 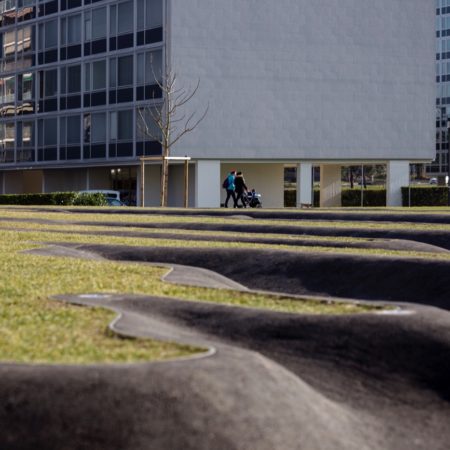 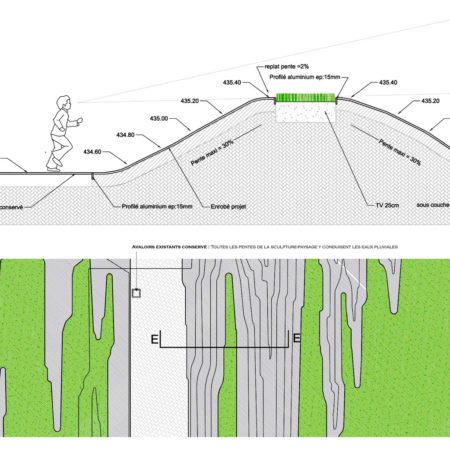 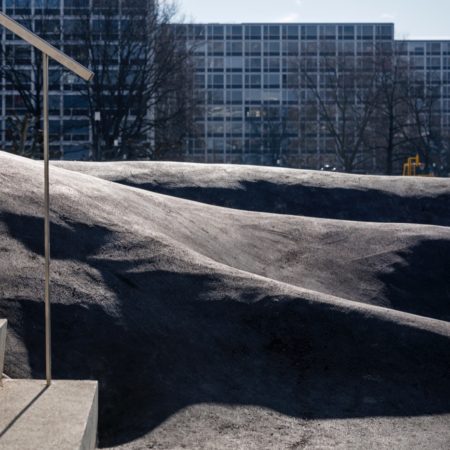 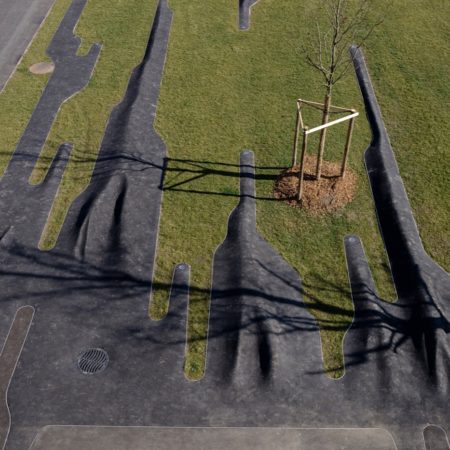 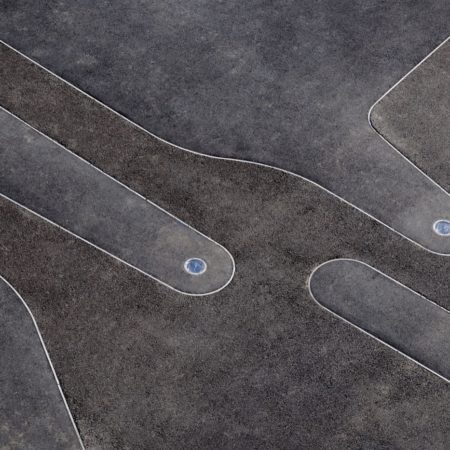 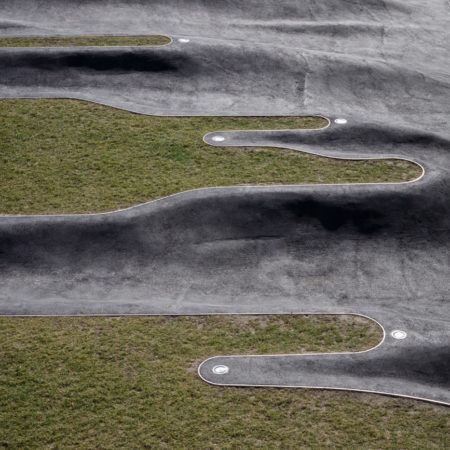 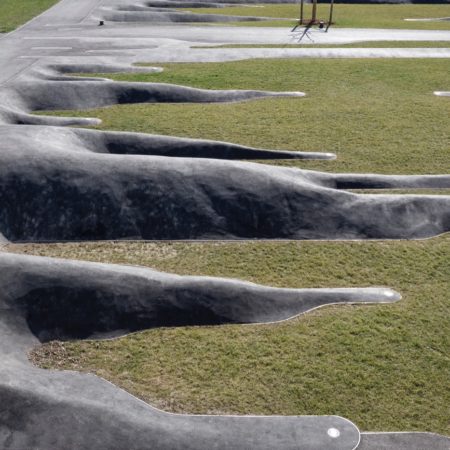 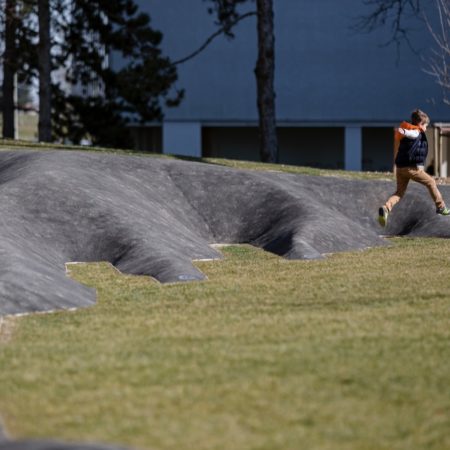 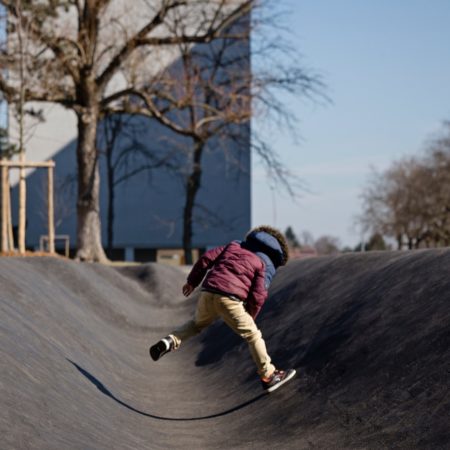 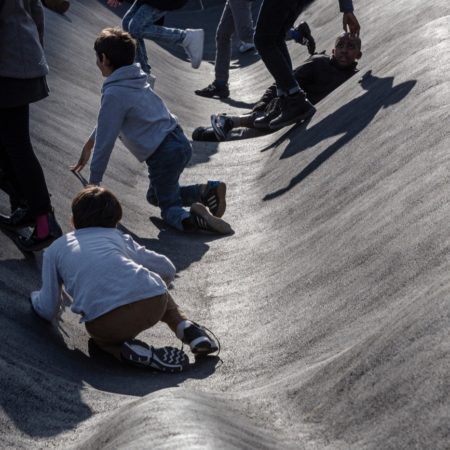 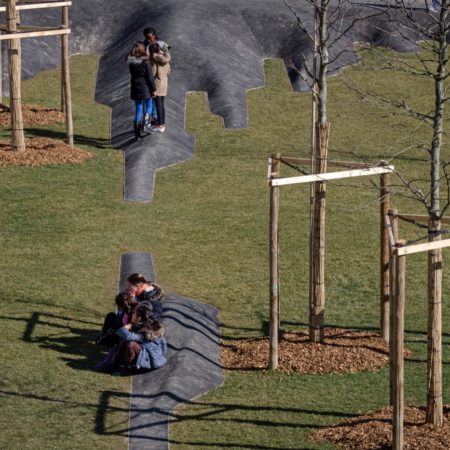 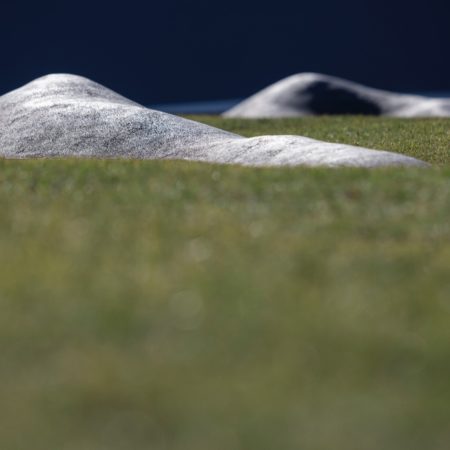 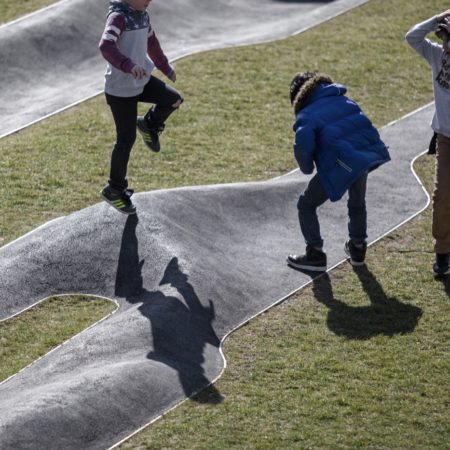 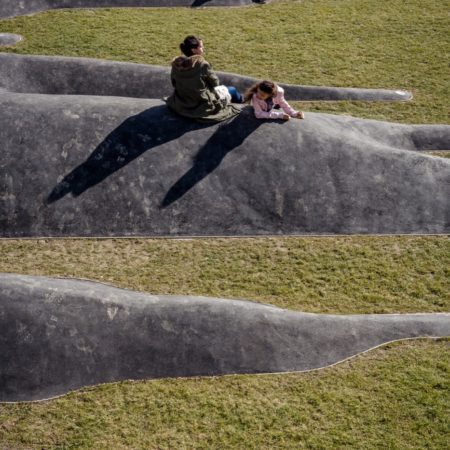 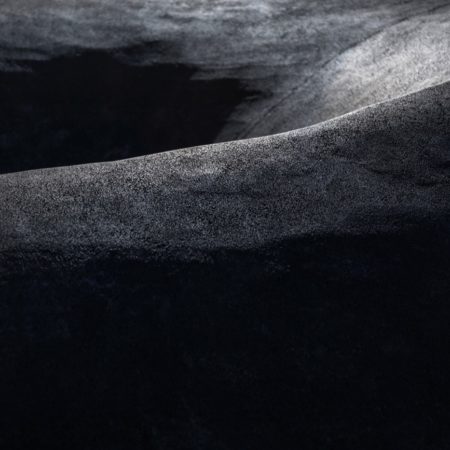 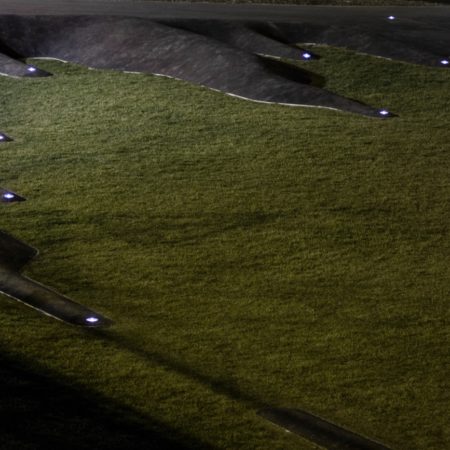 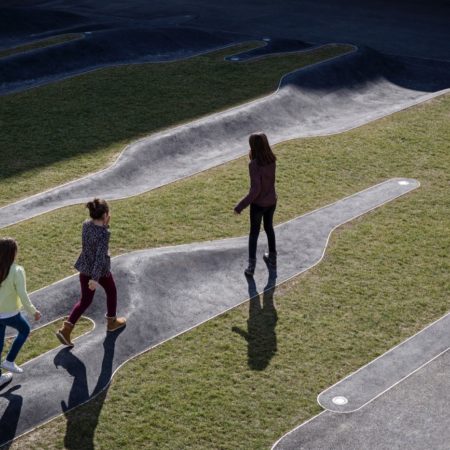 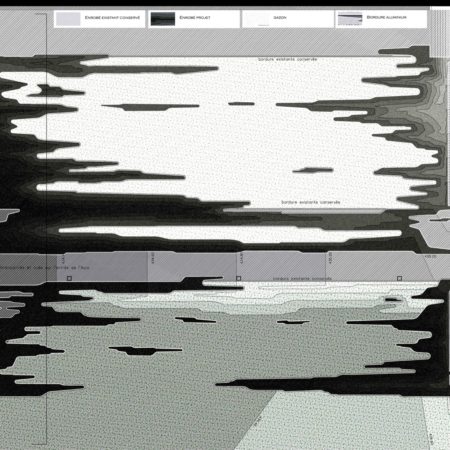 The return of the topographical plot: The formal system of sculpture freely develops its dynamic undulations in the ground of the exterior spaces of the École des Boudines, freed from the relentless formal system of the straight lines of Meyrin-park. Games of space and time: From the heights, one can see the Fold’s childhood as a picture evocative of the folded and undulating landscapes of the Jura, a model imaginary site of the mountains lying. It is a set of shapes that can also be traveled, paced. The spatiality of the fold offers the children a physical experience of the curve and a variety of situation differentiated in the space of the pleated floor. From the near to the far, from the fold of the curve to the stretched line of the architectural horizon, the bodies and the eyes of the children find articulations, enter into a new relation with the immensity of the sky of MEYRIN-PARC, Beyond the valley of Geneva and the massifs of the Jura

The nature of the commands does not automatically imply the design of a space under the sky – arrangement – as an act of creation. The double status of Gilles Brusset, directing a landscape agency as a parallel of his artistic activity, makes it possible to conceive the conception of landscapes as acts of creation and the conception of works of art as landscapes. 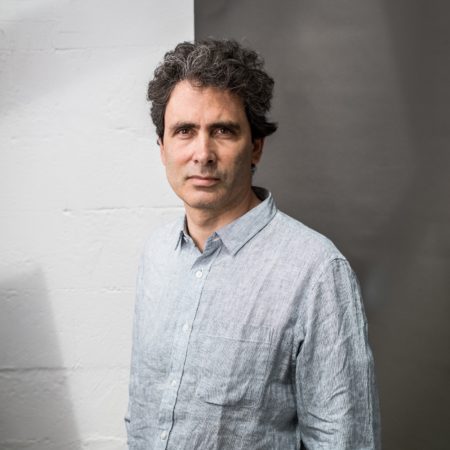 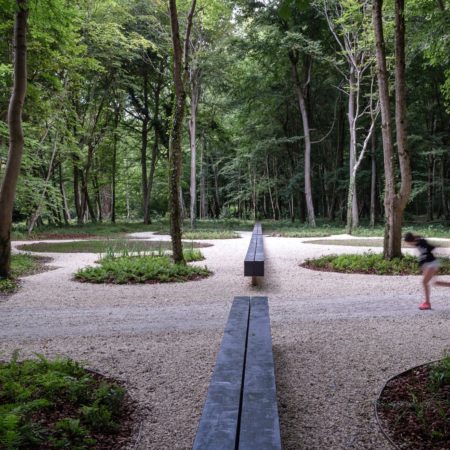