With its lush vegetation, Forest Garden approaches the site as hybridization between the ecosystem of plants, animals and humans. It is a delicate way of setting up clearings in the forest to take advantage of resources (productive gardens, natural pools, tree regeneration) without disturbing it. Studio Ome effectively used all topographical facts, existing plants, sunlight, and other natural forces to empower a variety of programmes, needs, and, above all, experiential richness. They obviously appreciate randomness and a more relaxed approach to planting. The decision to leave the paths in the garden as informal compacted earth paths, shows a humble approach to landscaping work, which the members of the jury felt demonstrated a truly sensitive understanding of providing ‘just enough’ to meet the brief. In essence, the project emphasizes how we can leave space for nature, which is an important message going forward. Forest Garden offers a wonderfully dense atmosphere and infinite possibilities for exploration and observation.

Forest Garden is located two hours away from Mexico City in Valle de Bravo, a region known for its lake and cool climate where oak and pine trees forests grow. The 1.2-hectare site had a deteriorated pine tree forest and a small prairie, where an elevated house and a pavilion were to be built. 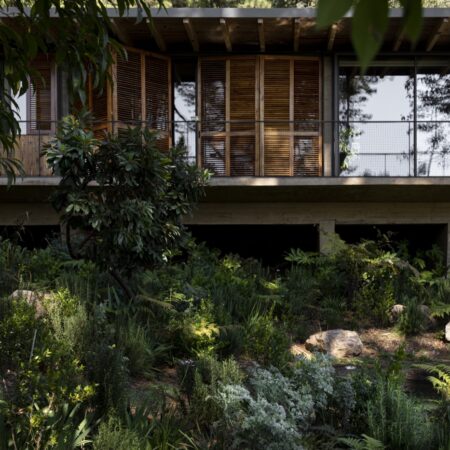 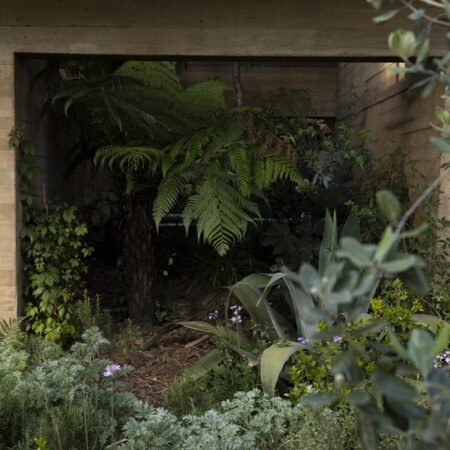 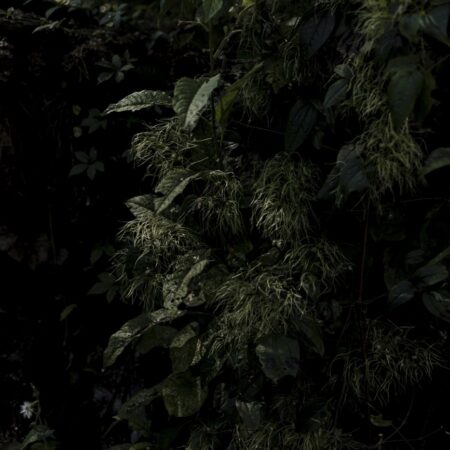 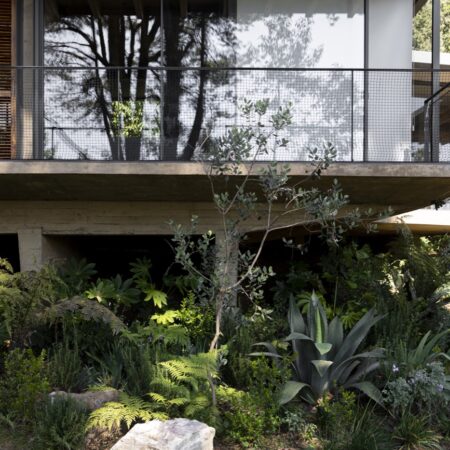 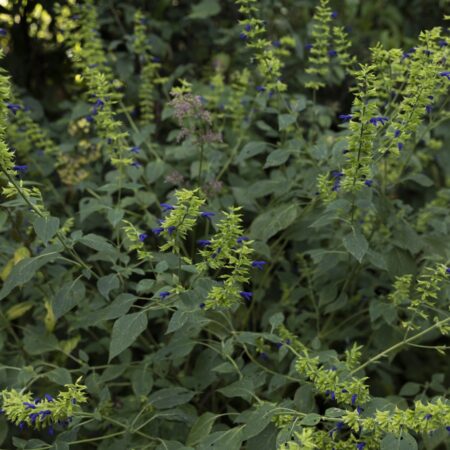 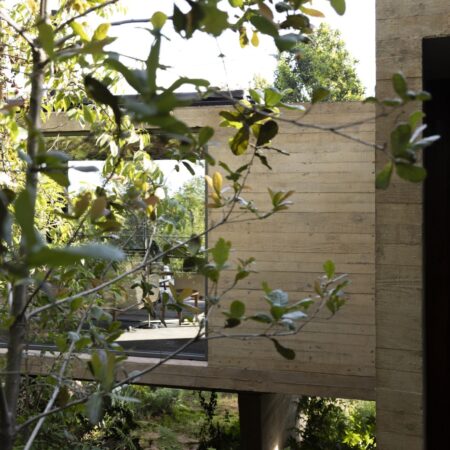 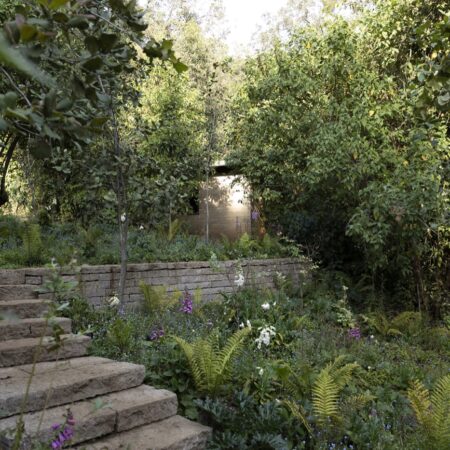 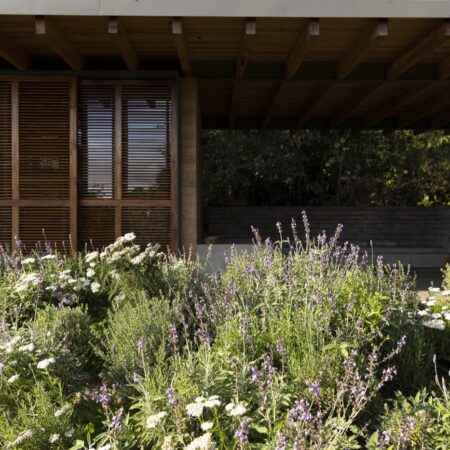 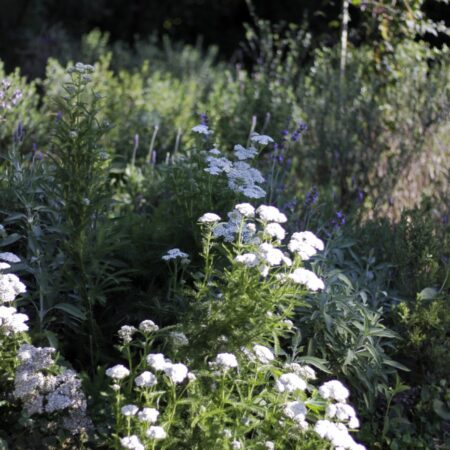 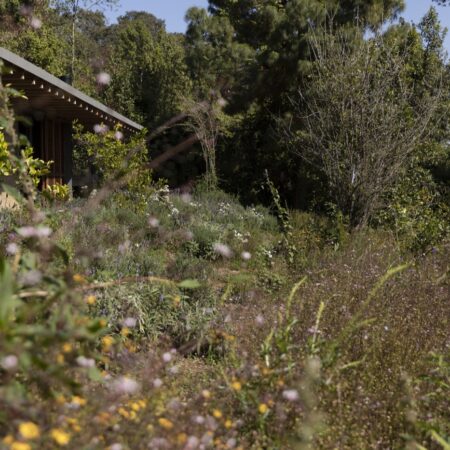 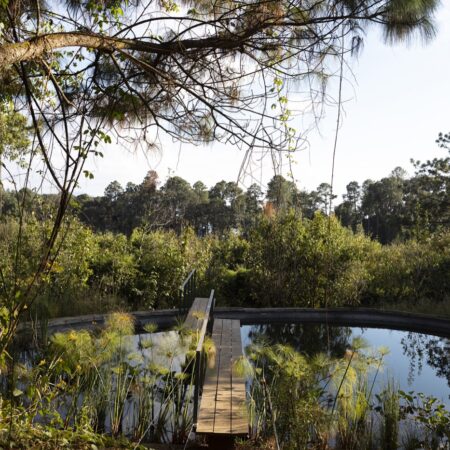 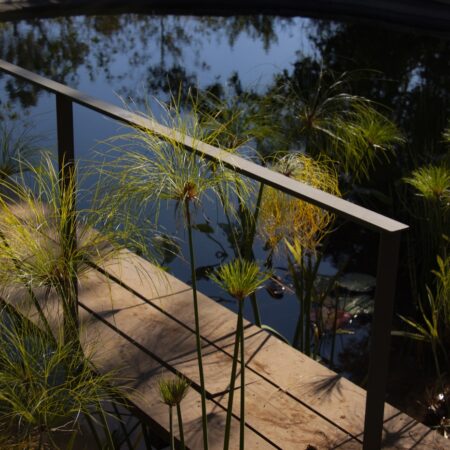 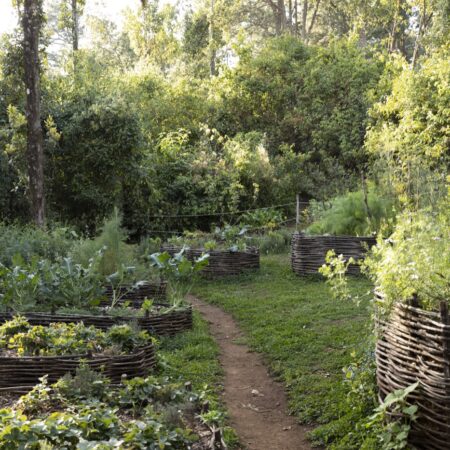 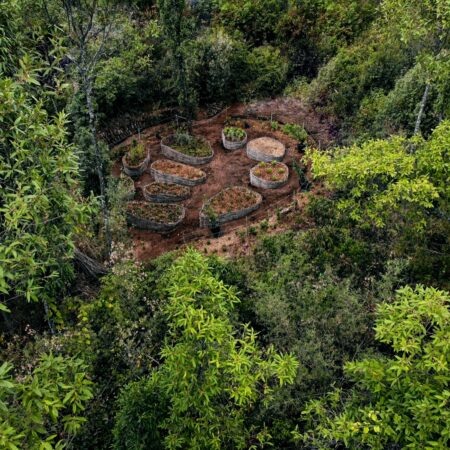 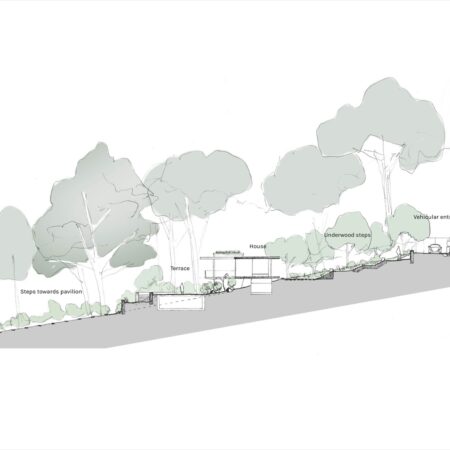 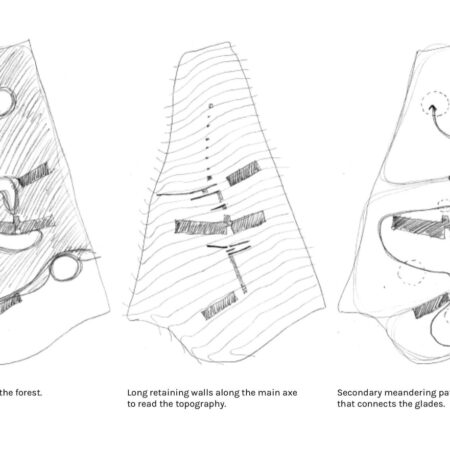 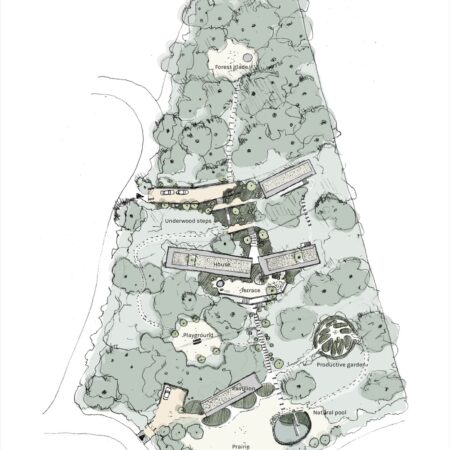 The first observations were to understand how to inhabit the whole site and play with the scales a sloped forestland can give: to be able to take a long walk within the property, to see far but also observe the details a forest carries, to be able to grow food, have a diverse pleasure garden and a water reserve. Other questions were how to rightfully transform the existing ecosystem for a balanced cohabitation and how our intervention would help to regenerate the forestland and help the owners to read the environment they will live in.

A series of glades were opened to inhabit the woods: a large planted terrace around the main house, a productive garden, a playground and an underwood entrance garden. Each of them is drawn by retaining elements that enhance the relation to the slope such as long stonewalls that mark the entrance steps, create a flat open terrace and define the circumference of a pool. The productive garden, hidden in between the trees, was built with woven branches which height is determined by the inclination of the ground.

Working with vegetation in the context of Mexico brings challenges on plant production and availability, but also recognition. The different planted moments in this project were thought as small ecosystems that enlighten native species and are complemented with medicinal or edible plants.  Seeds of local wildflowers were harvested to regenerate the site after the construction ended and to introduce this practice. The result allows the inhabitants and their guests to identify some of the plants and invites them to be curious about others – this hopes to contribute to the reappraisal of the regional flora.

The entrance garden gives the atmosphere of an underwood with blueberries and ferns under new native oak trees. Long stone walls create three platforms where steps invite to a smooth descend towards the house.

Around the house, a lush landscape was introduced to contrast with the brutalist concrete building. Climbers were planted to invade the small courtyards, and in the future hide the foundation of the house. Light catching species such as the American agave and fennel were used under the floating platform. The outdoor kitchen, under the shade from a protagonist oak, is surrounded by species that can be used for cooking. Following the architecture, the vegetation was defined according to exposure which varies from plenty of sunlight to obscure spaces. The roofs also received a lush vegetation giving more space for wildlife and flowers to live.

The pavilion, sitting at the edge of the prairie, is surrounded by a drought resistant mix, a sensible quality during the rainless winter season. The definition of this garden allows the unexpected to arise, which results in a surprising vegetation every season where wildflowers, hummingbirds and bees are to be found.

Designing a productive garden challenges where and how far to intervene, as it is an intimate and sensitive space that mainly depends on the person in charge of its growth. Our position was to give a strong structure through a series of curved elevated planting beds. To accompany the soft drawing, a circle of fruit trees gives the limit with the forest to this hidden glade. The woven technique here is the fruit of a collaboration with a local association which was able to learn and develop the technique but also to advice on adequate species for the branches.

Found in the lowest part of the terrain, the pool is the ultimate glade. Thanks to a high stone wall, it gathers water from the heavy rainfall during the summer months and stores it for the drier seasons. The aquatic vegetation not only cleans the water for people to swim, but also creates a new ecosystem enriching the wildlife possibilities.

At a greater scale in space and time, 60 young oak trees were spread out in low and open woodland areas in order to help the return of this native tree. As the existing pine trees declines, it was a great opportunity to accelerate a transition towards a deciduous forest.