Urbanisation has been a major global trend since 1950s and UN’s statistic predicts that 66% of world population will be urban by 2050. City as a product of capitalism has to perform to mainly sustain the economy which results in a typical compact hi-density living coupled with well-connected transportation system. This model might works well […]

Urbanisation has been a major global trend since 1950s and UN’s statistic predicts that 66% of world population will be urban by 2050. City as a product of capitalism has to perform to mainly sustain the economy which results in a typical compact hi-density living coupled with well-connected transportation system. This model might works well economically, though, it creates much stress to ‘Nature’ as it is not in the equation from the start. Some cities introduces Public Park to provide greenery to offset the harshness of the built-up area. However, proportionally, buildings both in commercial and residential area still occupy much of the space in the cities. There are many problems arises from lacking nature in the cities including urban heat island, flooding, poor air quality, less social interaction, and unhealthy lifestyle. To introduce greenery back to the cities while still maintaining density of build-up area, many cities starts to look into the integration of greenery on roofscape of these buildings.

Advance construction technique which solves waterproofing and loading issue, certainly allow us to integrate greenery on the roof. Though, long term maintenance of these green roof require a lot of resources to ensure moisture and fertilizer content is optimal for plants’ growth as the condition is still different from true ground planting where moisture and fertilizer can be exchange naturally. Many green roof that were built without considering maintenance factor has ended up with removal of plants altogether. In search of a sustainable way to execute a green roof, we have explore how to create a condition as close to nature as possible so that the plants can survive without having to provide too much resources.

Diminishing Green Space in the Neighbourhood
Roof garden for a private house situated in a low density residential district adjacent to rail line mass transit station in Bangkok city. Typical home in this area built during 1970s’ usually contains sizable front garden with the home at the back. This allow big trees to grow at the street level providing shade and greenery for the neighbourhood. As a result of good vicinity to rail line mass transit, price of land has risen up considerably, so its understandable that new homes built to replace the older one in the last few years often maximise the plot area as much as what the regulation allow. Though, this trend is worrisome because it leaves no space to plant any trees any trees anymore. This project is also following this trend. New bigger home was to be built to replace the existing smaller one to cater for extended family. Though, its also the vision to still integrate greenery as much as possible into the house utilising various roof surfaces. Few strategies were considered from the beginning of design stage to ensure that planting location and method is ideal for tree growth and require less maintenance for house owner.

Make Room for Trees
To deal with the rectangular plot of 12×24 metres, the layout of the house is segmented to 3 sections to allow 2 courtyards in between. This is not only encourage good wind flow to reach every room in the house but also allow space to plant trees at the courtyards. On second floor, planter is integrated in front of the house to provide privacy for the bedroom facing the local street. Another planter is also added at the courtyard to allow connection to the bedroom. On third floor, where the roof is, the planter of 1 meter high, double up as railing, occupied around half of the total area leaving flat surface for other functional use such as, dining table, urban farm, and cloth drying area. Altogether trees will be grown on every floor from ground up to the roof.

Forest in the box
The average planter height is around 1 to 1.5-meter-deep with limited size of around 2 * 4 metre. Only young trees of 1-2 year old with 1 inch trunk diameter were selected to be planted because the young root system still have a higher chance to adapt to the limited soil condition. The whole planter box is filled with high nutrition topsoil help to provide enough food for the roots. To increase number of trees to be planted on the small planter size, only columnar shaped trees were specified. Indigenous tree species typically found in mixed deciduous forest were used as they demand less watering to save the resource. More than 20 species of Evergreen, Flowering, Fruit Barring, and Edible trees creates a much more biodiversity for urban area. 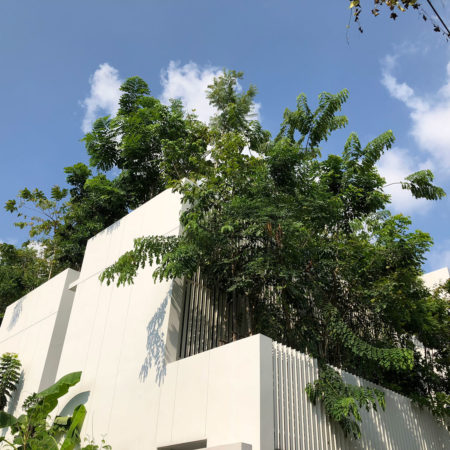 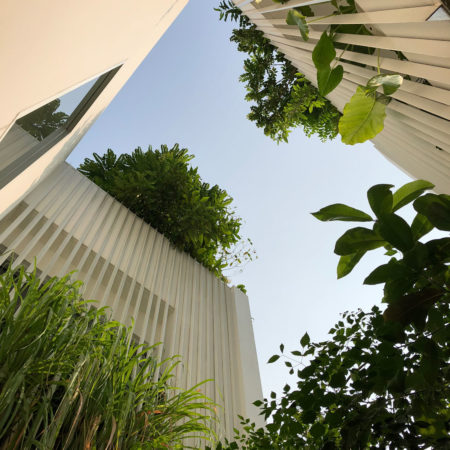 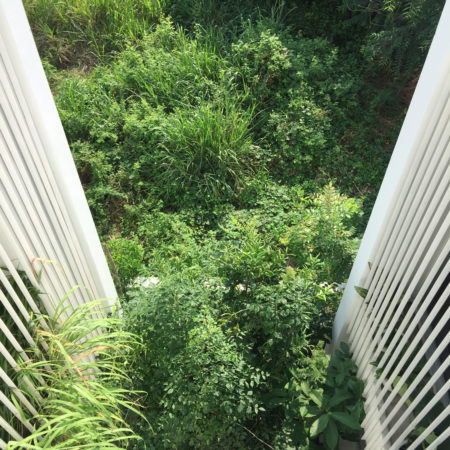 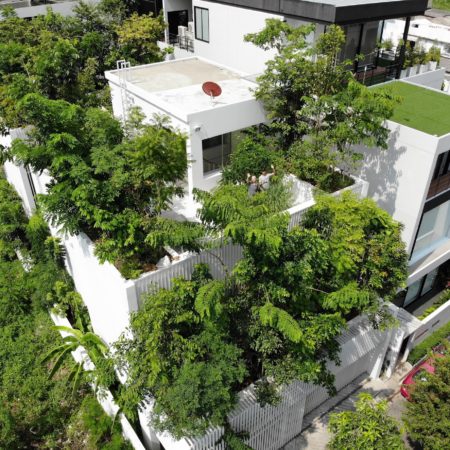 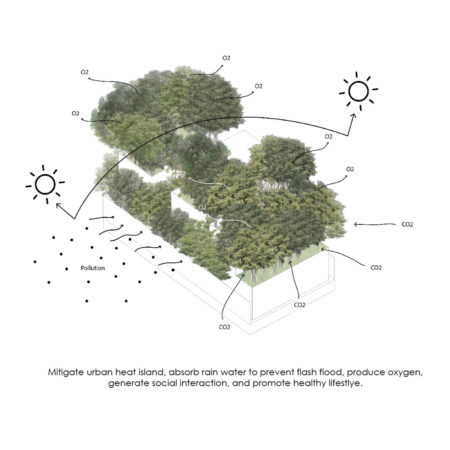 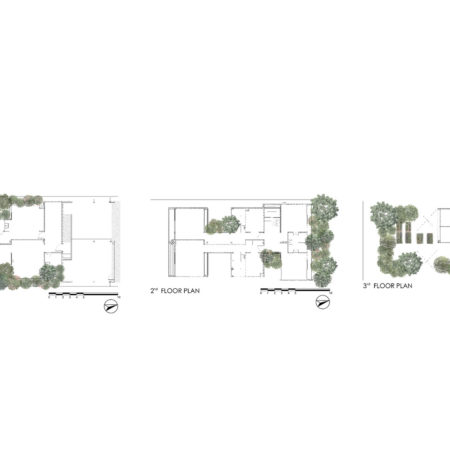 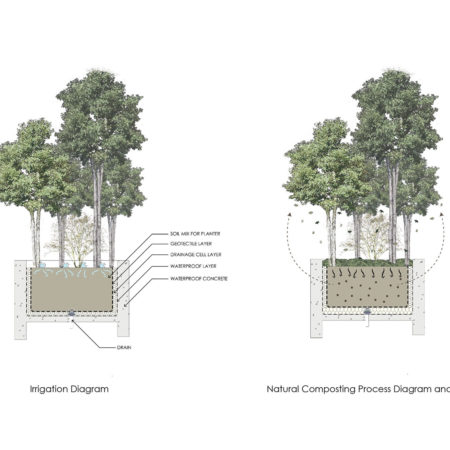 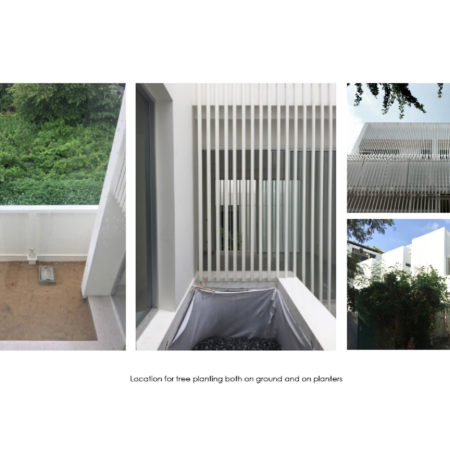 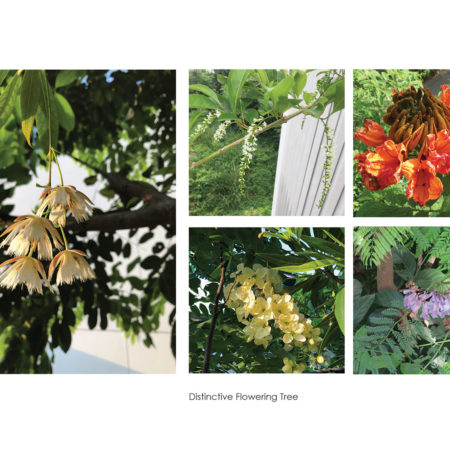 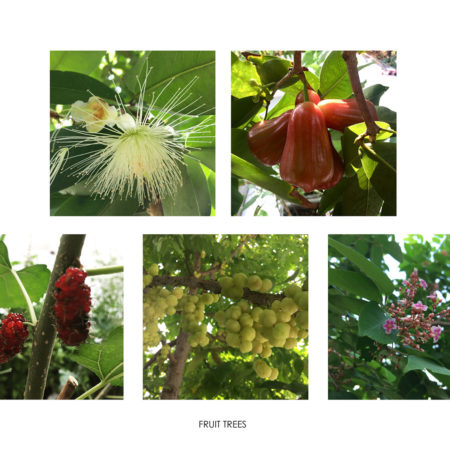 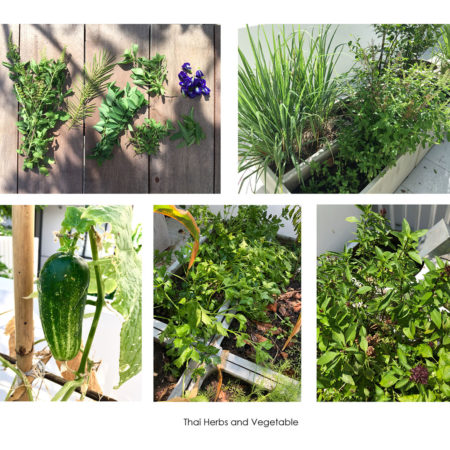 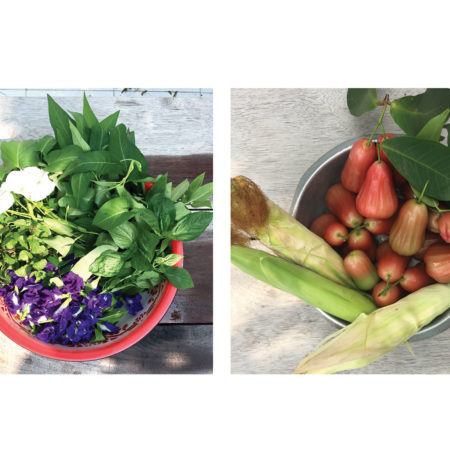 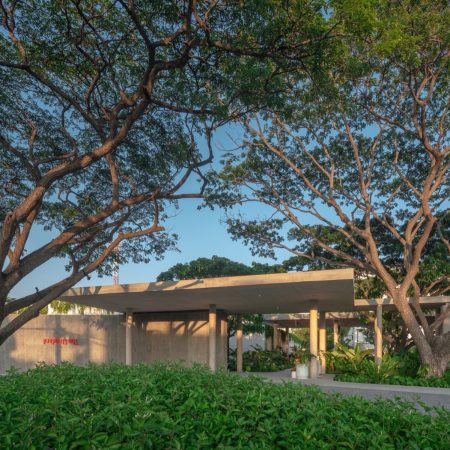 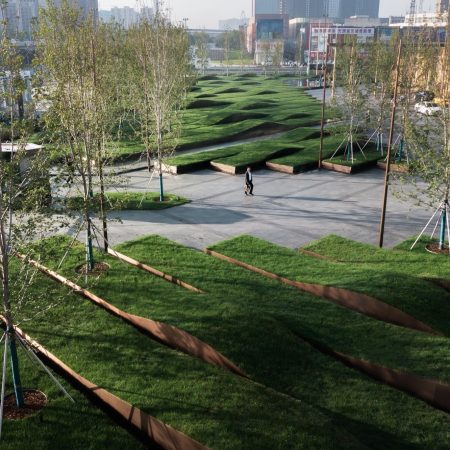 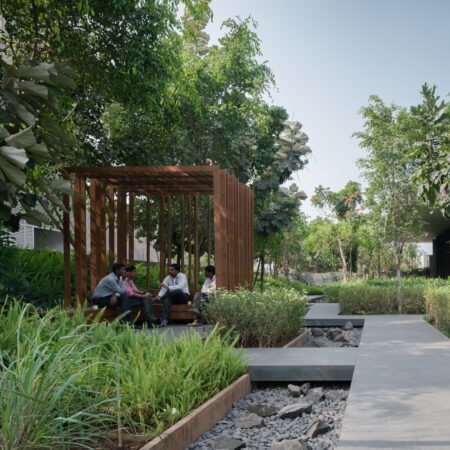 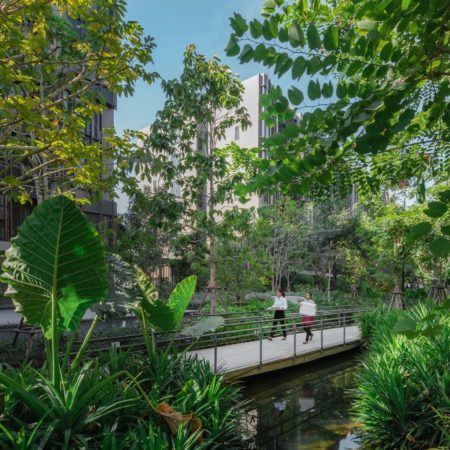 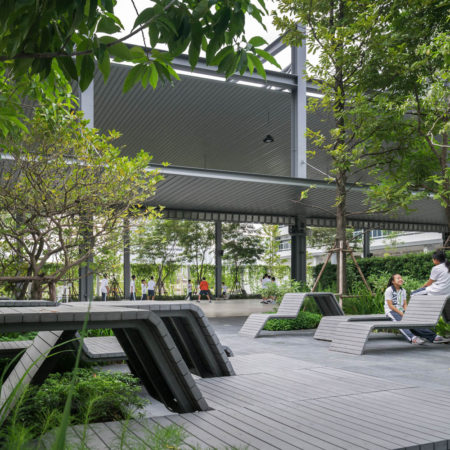