As an important node leading to Bao’An Central District and Qianhai District in Shenzhen, eLandscript Studio has designed the Four Square Park as “the Eye of Baoan”, which represented the district as a significant gateway and a popular destination. The Four Square Park is a project initiated by an urban renewal and landscape infrastructure development. With a total area of 4.3 hectares, the site is split into four parcels by the crossroad of of Bao’an Boulevard and Chuangye Road. The site is originally intended to be reserved for a highway interchange. But due to the continuous development of the transportation system and the city, the design repositions the site as a gateway park heading to the Qianhai New Town. 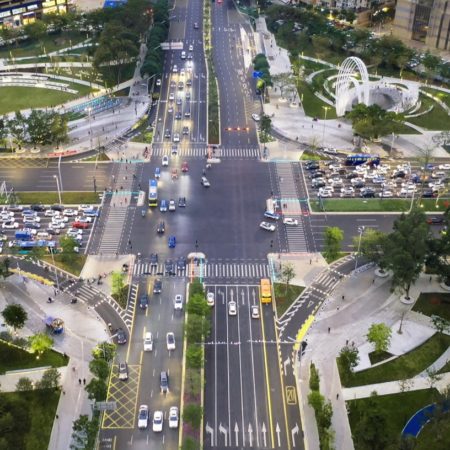 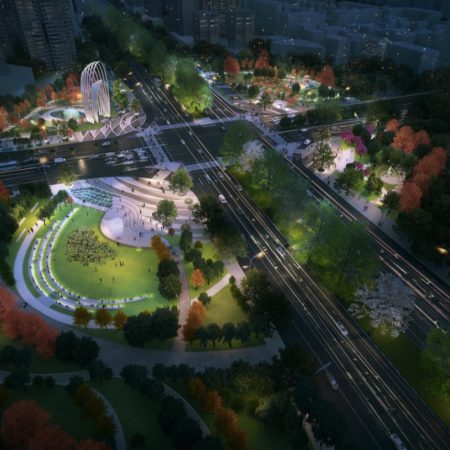 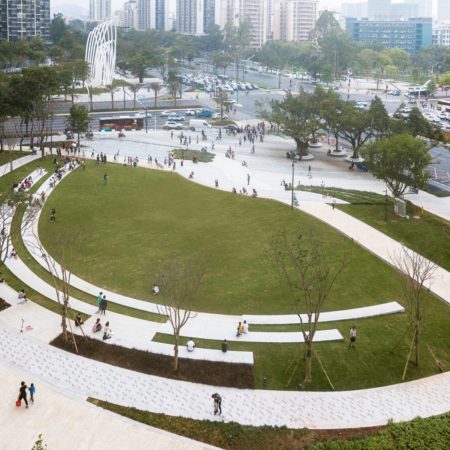 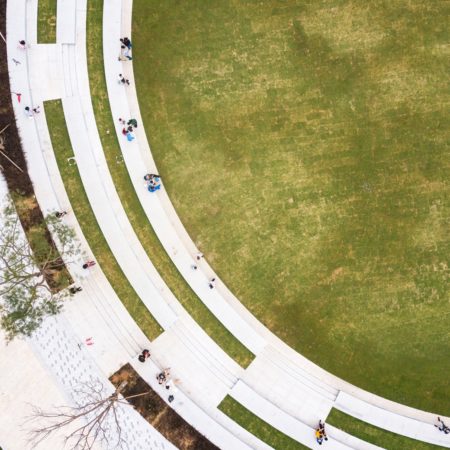 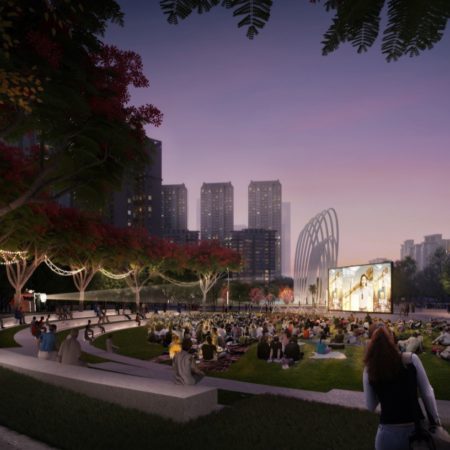 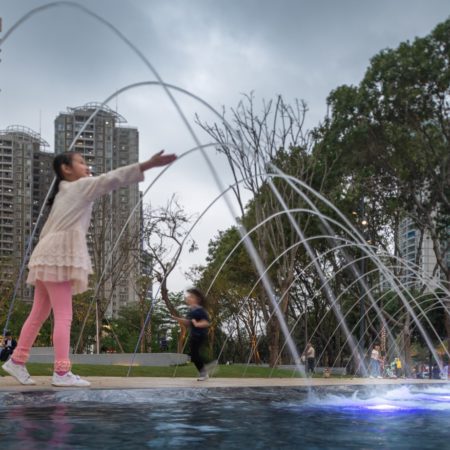 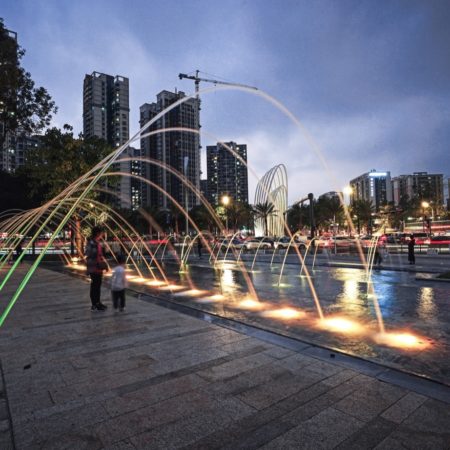 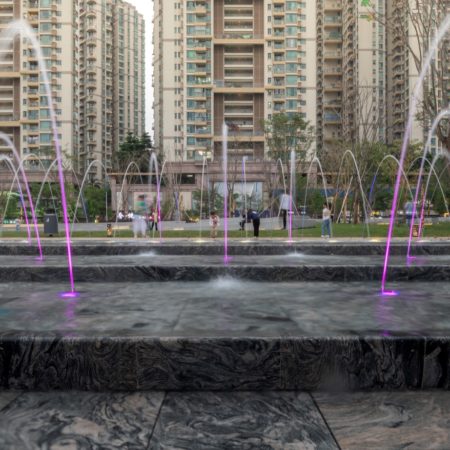 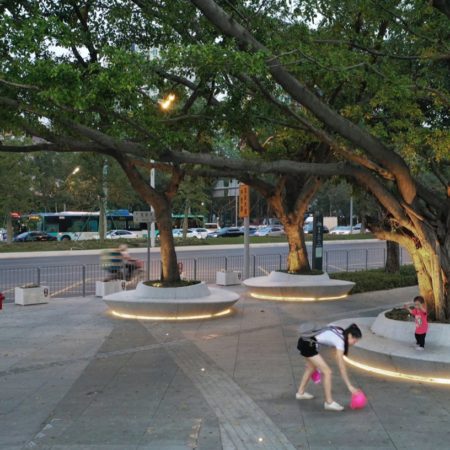 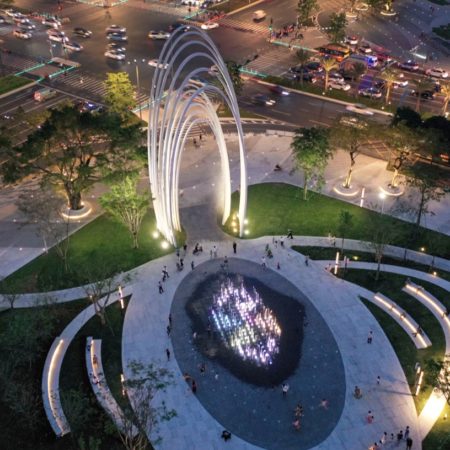 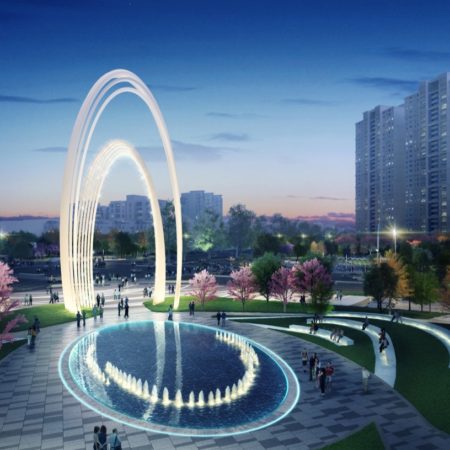 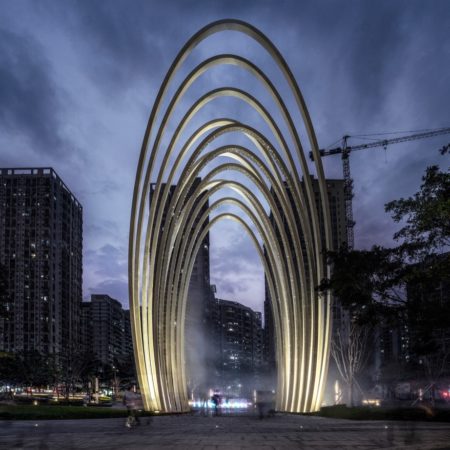 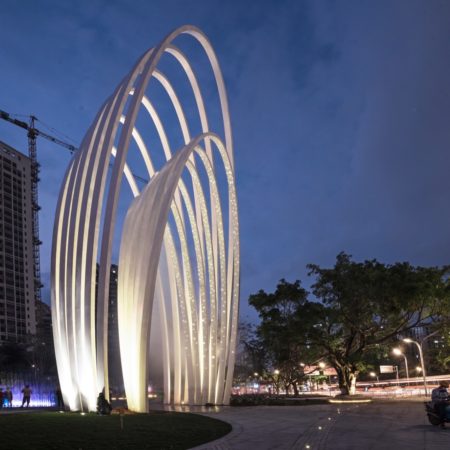 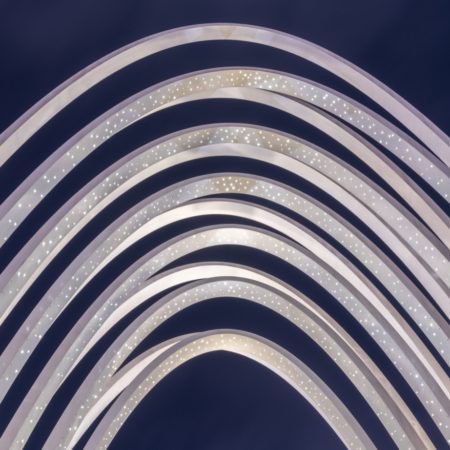 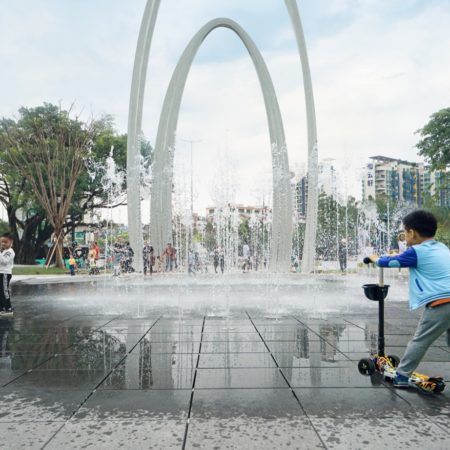 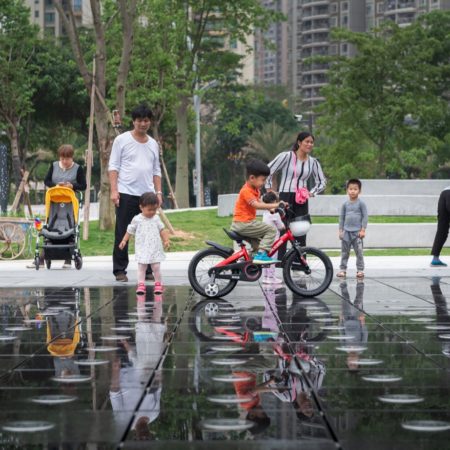 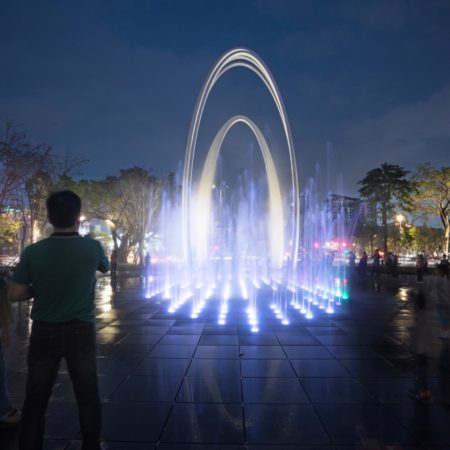 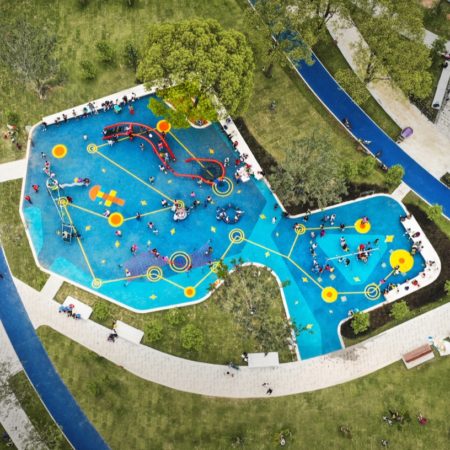 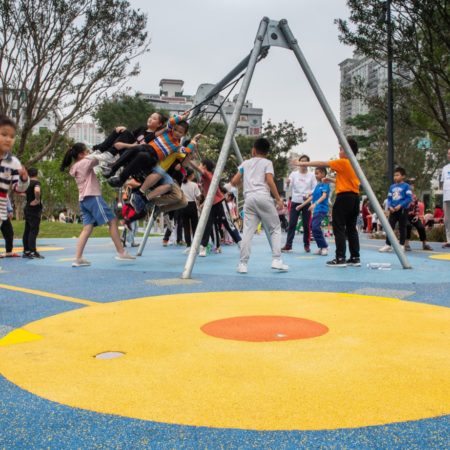 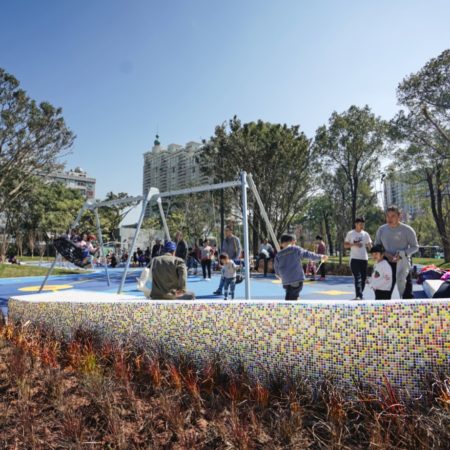 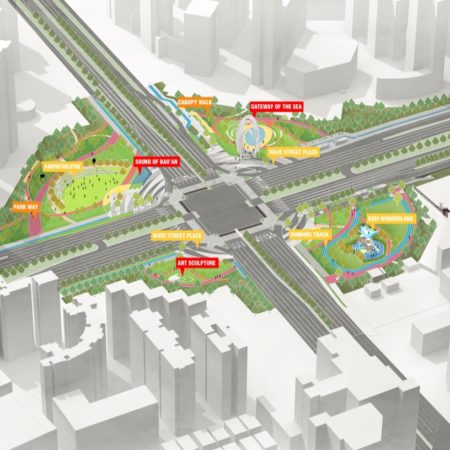 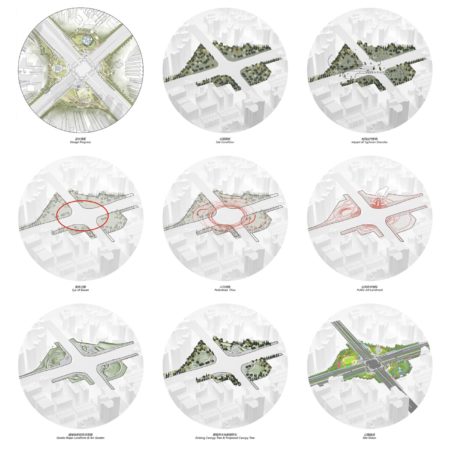 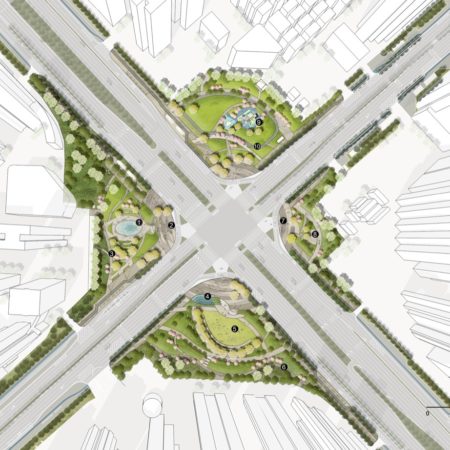 “The Eye of Baoan”, which is represented by a loop, is the major design concept of this project. The loop brings back the four separated parcels into one complete park. To make the site more attractive in the aspects of visual and experiential, special paving system, iconic sculpture, and landscaping landforms are used to enrich the users’ experience.

Another design concept stems from preserving existing high-quality trees on the site. The site is being attacked by a 200-year-typhoon in 2018. Many of the tress are destroyed. The design of the park carefully handles the remaining vegetation and cover the scars of the disasters with landscape designs and details. The arrangements of pedestrian path, landscape platform that integrates with trees, and benches around tree pits are exemplify the cautious design by eLandscript Studio.

The Square of Culture is identified with its signature amphitheater lawn. There is also three-stepped seat wall and jumping jets water cascade. People are attracted to this enormous lawn for a various activities such as musical performance, outdoor sketching, kite flying, camping etc. Its flexibility creates possibilities for the users to enjoy the space as the way they want.

A 200-meter-long running track surrounds the Square of Lifestyle that provides nearby citizens an enjoyable recreational space. The arrangement of the running track carefully avoids the area with the retained trees as mentioned before. The playground area serves as the remedy for the lack of recreation and parent-child facilities in the surrounding old community.

Artistic sculptured and curved seat wall are placed in the Square of Art. Though the area is the smallest among the above mentioned three parcels, it is a space that echoes with the Gateway of the Sea.

Using a comprehensive design language, the Four Square Park marks a vital role as a community gateway and the identity of the Bao’An District. It provides the nearby district a lively and playful destination. The project signifies the strong growth of Shenzhen’s infrastructure that integrates landscape design into urban renewal for enhancing people’s daily life. 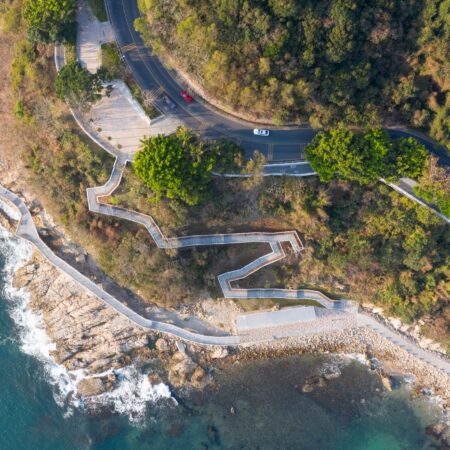 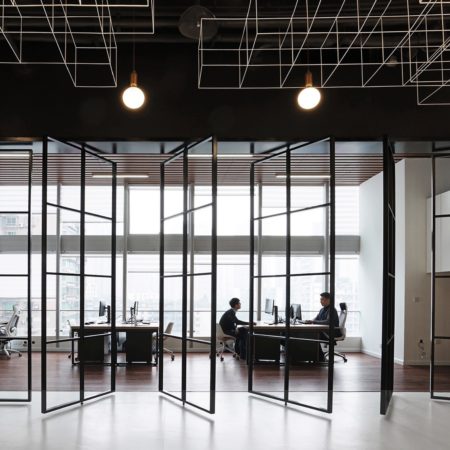