Gertz primary school is located at the bustling heart of Tel Aviv. This public school was originally built in the early 1960s, according to a functionalistic design by the leading Israeli architect, Arie Sharon. In its first years, the courtyard was just a sandy surface (as seen in the historic picture).

Because of the major densification process that the city is going through in recent years, the school had to be expanded. Given the fact that the plot was limited, a new additional building was designed on pillars and with a large roof-terrace allowing the open spaces to blend with the built fabric.

The building project was a chance to re-design the whole courtyard in a manner that would meet the challenges of densification. The main objective of the landscape design was to give a notion of flow and openness despite the limited space. Thus, the different outdoor functions were arranged in a seamless, continuous layout. These include an open classroom, playgrounds and a new sport-field.

The design focused on stimulating and encouraging informal play and social interaction by using colors, different floor levels and a variety of sitting areas. The courtyard is open after school hours for the benefit of the community. 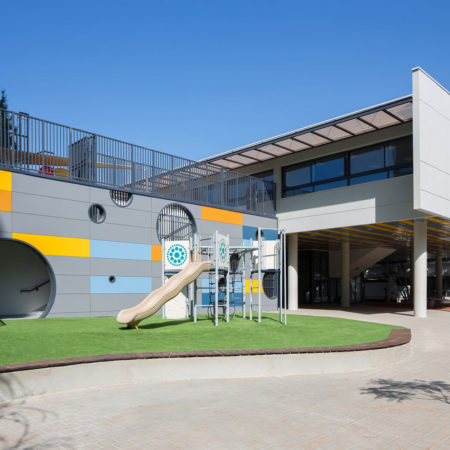 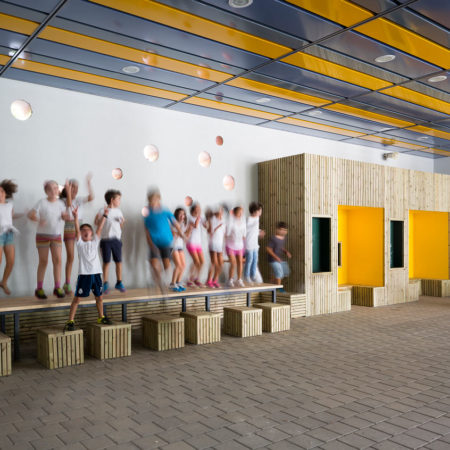 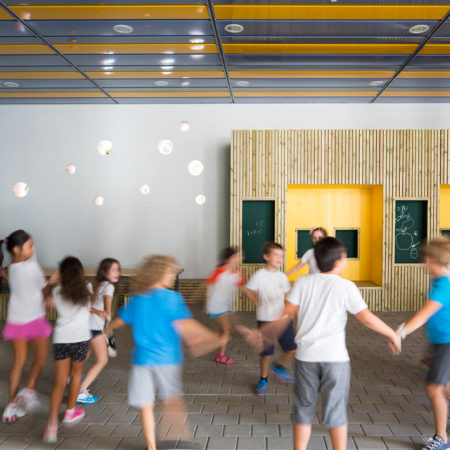 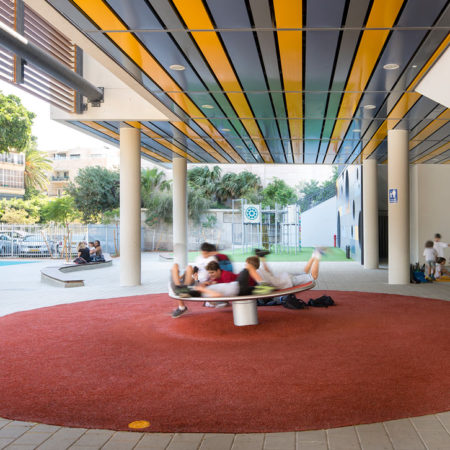 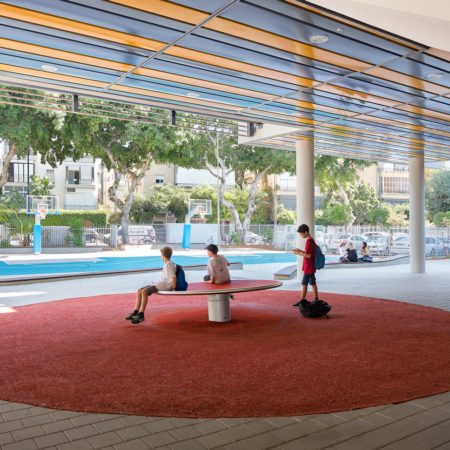 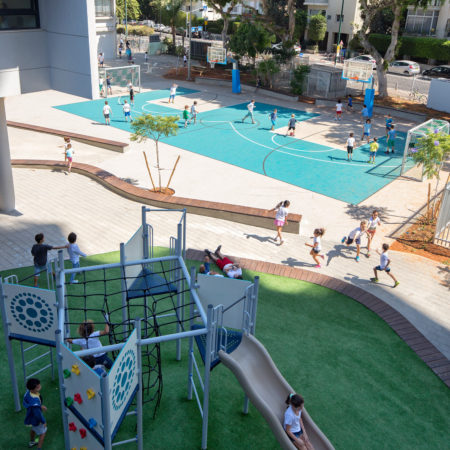 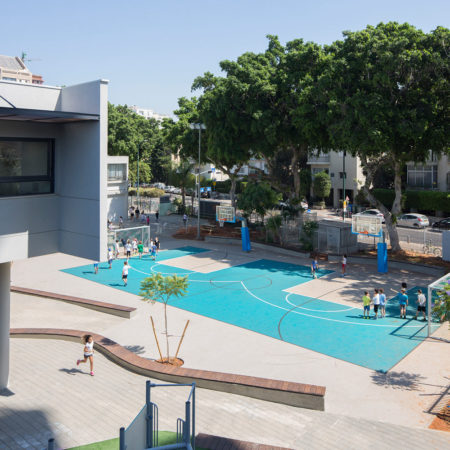 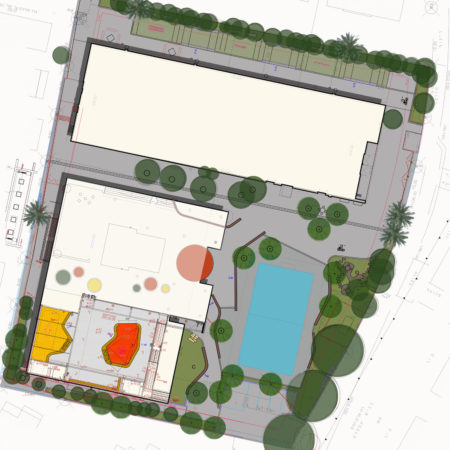 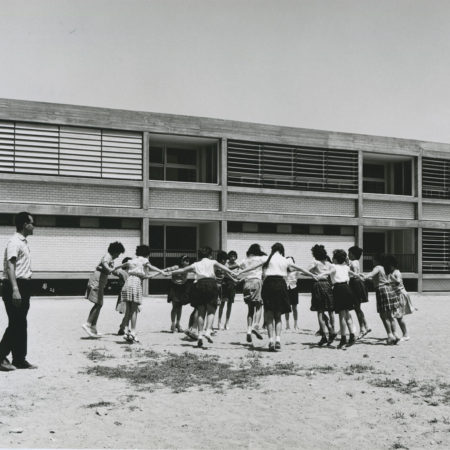 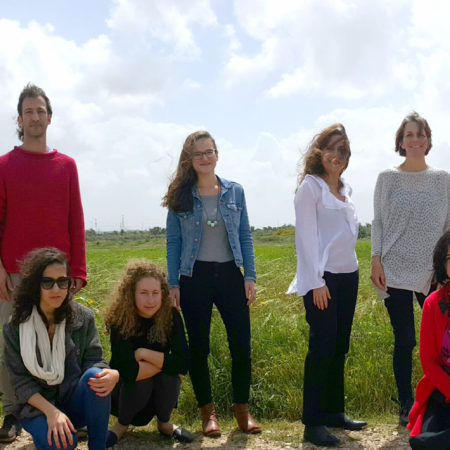 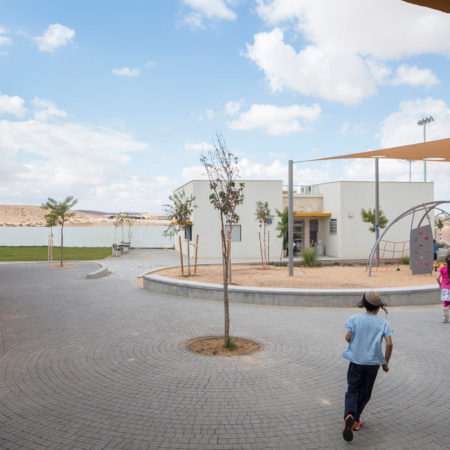