A neglected and disused section of road in an inner-Melbourne suburb was redeveloped into neighbourhood public open space known as the Neill Street Reserve between 2014 and 2015. The project provided local residents with two new multipurpose courts, a new community square and the municipality’s first permanent outdoor table-tennis table. As a former road, the 1.15 hectare, sloping, linear site presented many challenges to the City of Melbourne design team. The reserve’s proximity to high-density public housing buildings meant it needed to function as a backyard, as well as a public park and thoroughfare. As a former road, a significant number of underground services also ran through the site, many in a poor condition, while much of the site’s soil also classified as ‘contaminated fill’. And to makes things even more interesting, the narrow strip of land fell some 12-metres along its length. Finally, much of the site experienced significant overshadowing from the adjacent 22-storey public housing towers, which dominate the area with their bulk. 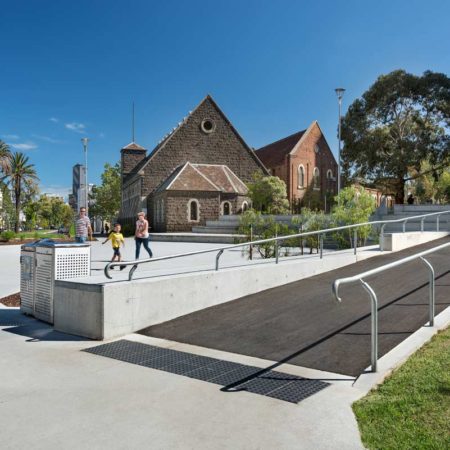 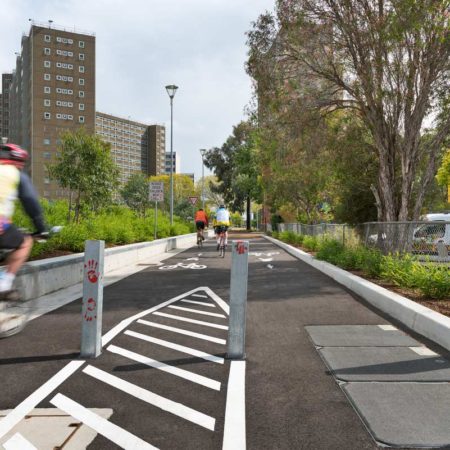 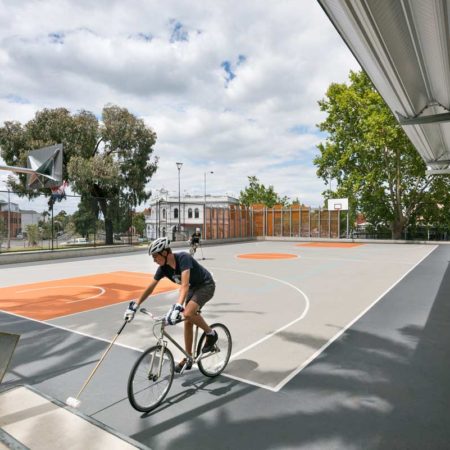 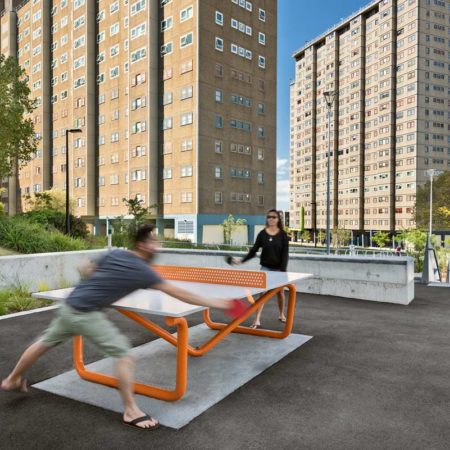 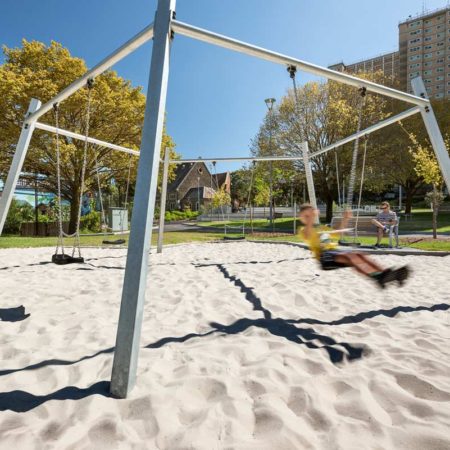 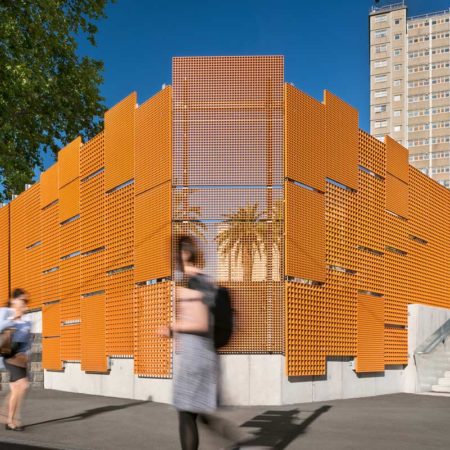 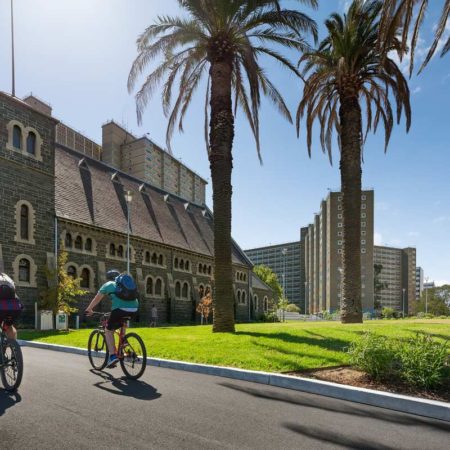 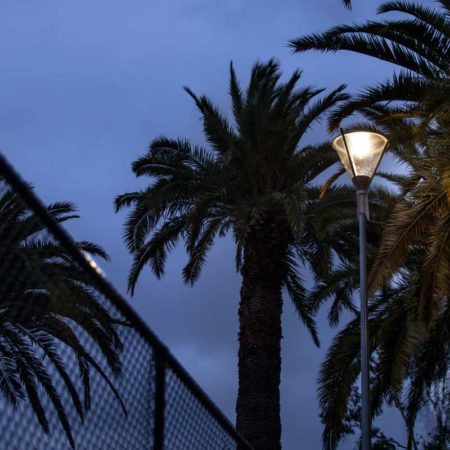 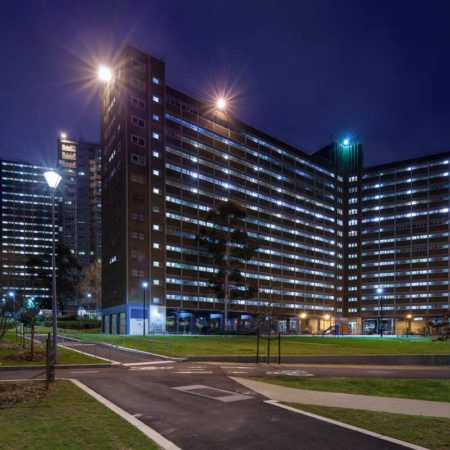 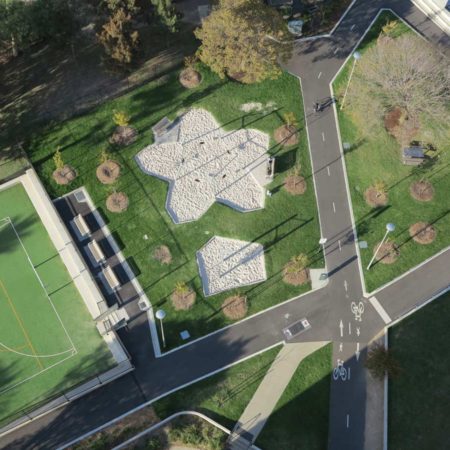 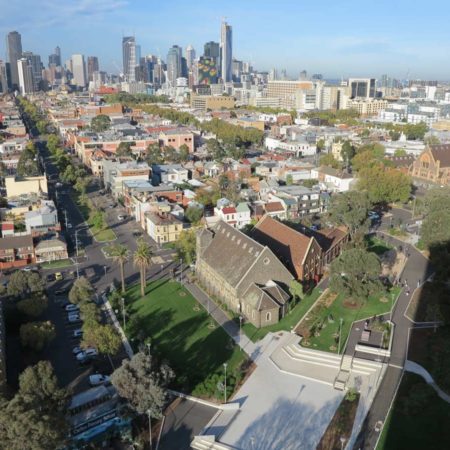 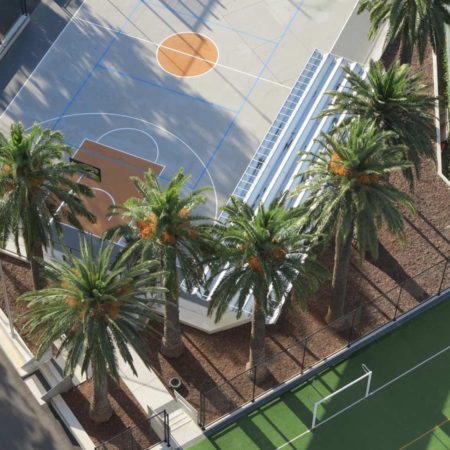 The main aim of the new design was to create a landscape that was inviting and capable of creating social interaction for local residents and the broader community of the inner Melbourne suburb of Carlton. Passive and active recreational facilities suitable for users aged 10 years to adult were included and positioned to allow for practical pedestrian and cycling links into and across the site.

The final design responded to the complex levels and access issues by locating sports courts on the flatter areas of the site. Areas for community gatherings were situated in the most central, least overshadowed areas, while passive spaces were positioned in quieter areas near a local Church. The multipurpose sports courts were refined to suit the competing demands for basketball, volleyball, bike polo, futsal and netball. Robust design detailing was also added to accommodate skateboard and BMX use, in recognition of the recreation value of these activities and the inevitability of them taking place.

Paths shared between pedestrians and bicycles were designed for universal access and the park was lit with LED public lighting. The contaminated soil was used for benching under the concrete slabs of the sports courts, which saved the substantial cost of disposing the soil off-site. To soften the new ‘hard’ scape, 35 existing mature trees were retained, while 96 new trees and 10 mature palms were planted along the length of the park.

The results have seen a clear increase in social interaction between groups and individuals as people congregate in the new community spaces and utilise the new sports facilities. A broad range of new group and individual activities now take place in the Neill Street Reserve, such as the annual ‘Harmony Day’ festival, which helps to foster a sense of community ownership of the space, while reinforcing neighbourhood connections. The Neill Street Reserve, and other projects like it, are part of a broader design philosophy at the City of Melbourne, loosely termed ‘Grey to Green’. As the city’s residential population has increased over the last thirty years, the demand for additional public spaces has also increased.

Through a program of incrementally identifying underutilised roads and other spaces, such as surface car parks, slip lanes and other infrastructure, then converting these into footpaths, parks and play areas, the city has been able to complement the increase in its residential population with new public open space. More open space in more parts of the city means more residents and workers are within walking distance of quality open space. The philosophy of ‘Grey to Green’ by its very nature encourages walking, exercise and recreation, which supports healthy lifestyles.

Thirty years on, nearly 80 hectares of underutilised infrastructure has been converted to widened footpaths, local open spaces and larger parks. This process of transformation has been a design-led program that has ensured the new spaces are integrated into the existing public realm in high quality design resolutions. They are in many cases subtle and small scale, helping knit the city together in a well-choreographed expression of city pride. A key hallmark of ‘Grey to Green’ projects is that they appear to have always been a part of the city’s public realm.

All over Melbourne at sites such as Lygon Street, Birrarung Marr, Queensbridge Square, the Yarra River’s Northbank, Errol Street, the Sandridge Bridge and Fitzroy Gardens, the conversion of asphalt and other underutilised infrastructure has incrementally expanded the city’s places for people. The great success of this approach is that it can take place on a small scale, or a large scale, and in both cases involves local communities in making our city a better place for people.