gruppe F landscape architects was founded in 1992. A wide ranging team consisting of landscape architects and planners, ecologists, geographers as well as sociologists and city planners working in a broad spectrum of open space planning. From strategic, large scale concepts to detailed solutions for small spaces. Participation of the users in the planning process is one of our main interests. 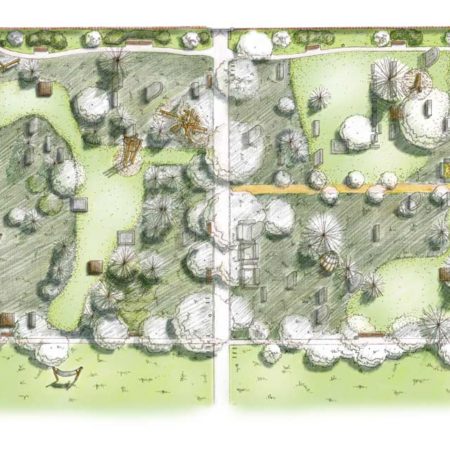 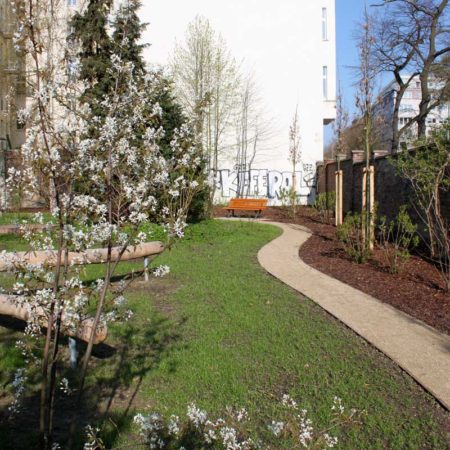 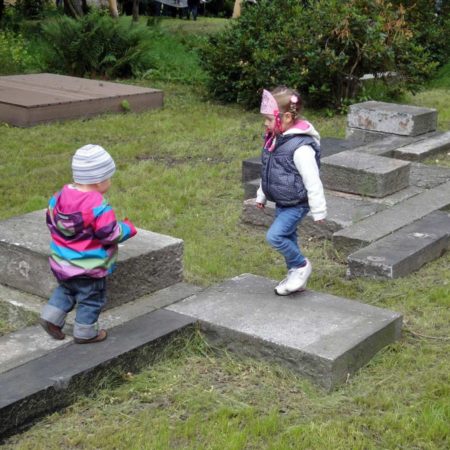 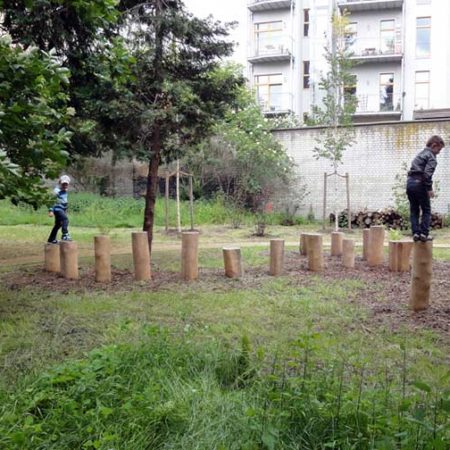 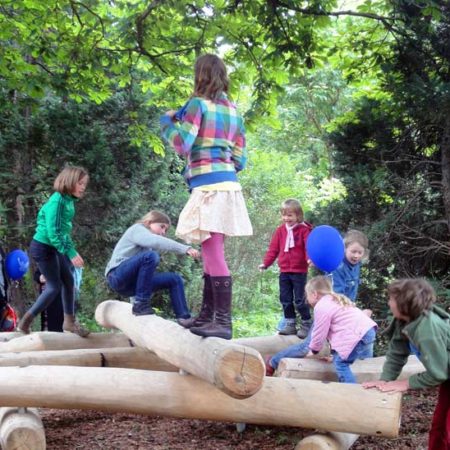 The new park at Heinrich-Roller-Straße was opened on June 1st, 2012. Incorporating parts of the old cemetery of St. Marien and St. Nikolai II, a new public greenspace of approx. 3.7 acres (1.5 ha) was created. The new design aimed at a widely accepted solution that would bring long-lasting improvements to the neighborhood. Therefore an intensive participation initiative accompanied the planning process, offering the chance to develop sound design ideals and a robust implementation strategy together with residents, interested local institutions and the authority in charge. Aspects of the place that were widely viewed as worth preserving turned out to be traces of the former cemetery’s history and the partly wild, overgrown appearance as well as the existing flora and fauna in general. The creation of a tranquil retreat was another central wish expressed by residents. As a result, the new park layout integrates much of the current appearance and qualities of the area: the greater part of the former cemetery remain in their original state, the southern part of the park is left as a wilderness. Only some maintenance measures and tree cutting had to be carried out for safety reasons. A new narrow circle path allows handicapped visitors full access to the park. In the northern part, seating elements like benches and wooden platforms as well as playground features for climbing and balancing enrich this public space. 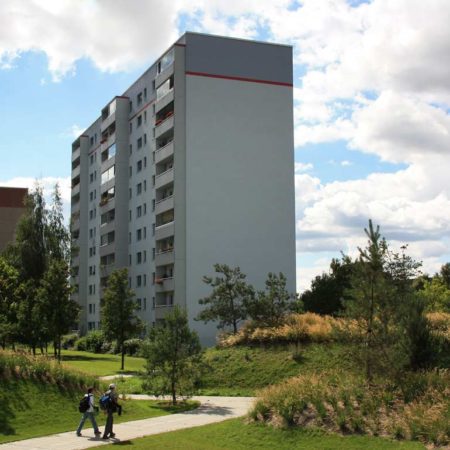 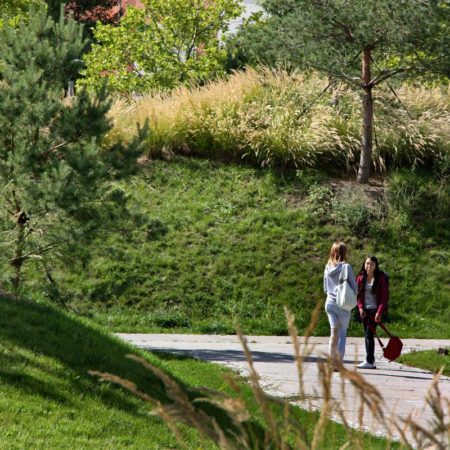 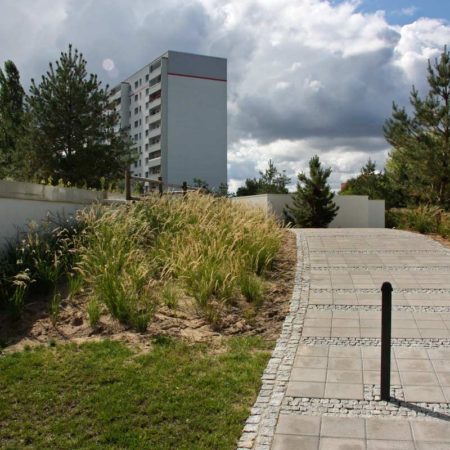 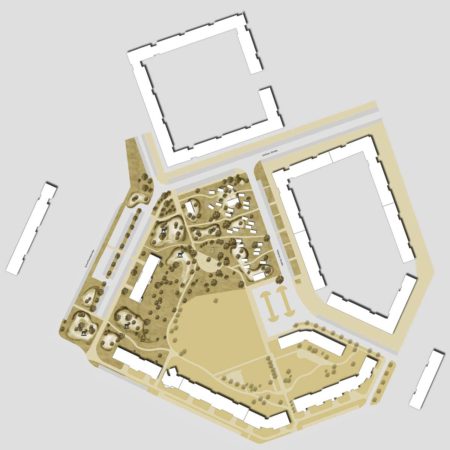 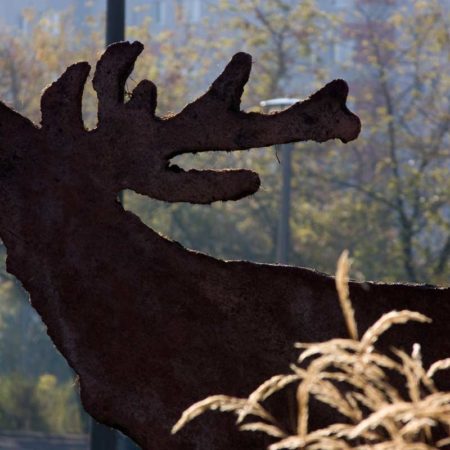 After five huge residential buildings made with precast concrete slabs with a total of 262 flats were knocked down in the Schorfheide quarter of Berlin-Marzahn wide open spaces were left in its built structure. The remaining residents were anxious about what would happen next. To put the new open spaces to the best possible use that would be beneficial for all and foster the corporate feeling of residents, in 2007 a charrette process was induced to determine the future of the Schorfheide quarter. Over 200 people participated and together with the planning team of ts redaktion and gruppe F as well as local stakeholders developed ideas for future uses of the former building lots. Residents furthermore concluded: “Let‘s the Schorfheide be the guiding design principle for our neighborhood!” Earth mounds of up to three meters height were created in line with the existing topography. Parking lots got partly demolished and turned into mounds planted with grass. Tall grasses and pine trees accentuate the hilltops. In spring the hillsides are covered with colourful tulip blossoms. 24 multifunctional ’boxes’ were installed, organized like a flock of sheep from the Schorfheide, that can be used by residents as garages or storage rooms as well as recreational rooms. Finally, the stag was selected by residents as an ironic image people can identify with. Joerg Schlinke won the corresponding art competition and in close teamwork with interested residents designed four concrete stag sculptures that now populate the green space. gruppe F won for the design of the quarter the German Landscape architecture Prize 2011. 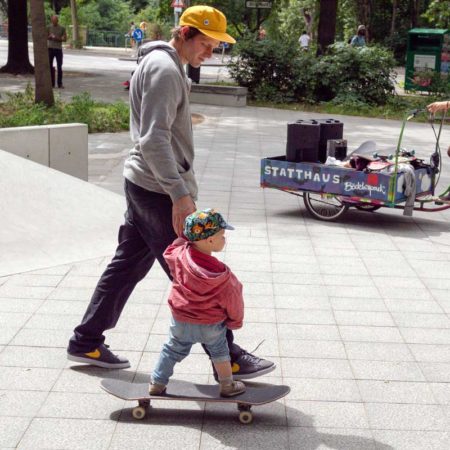 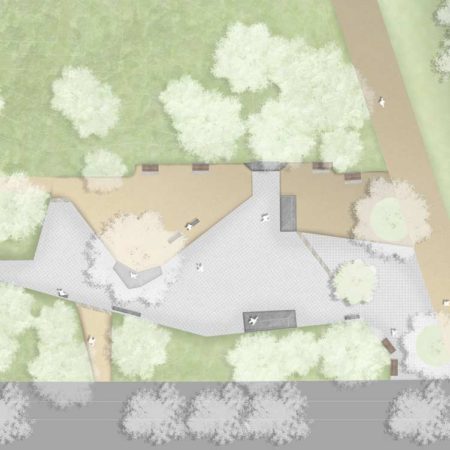 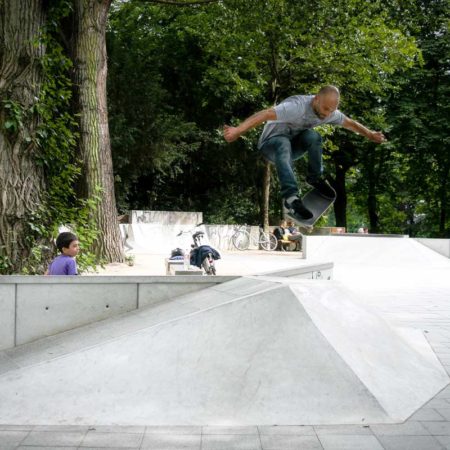 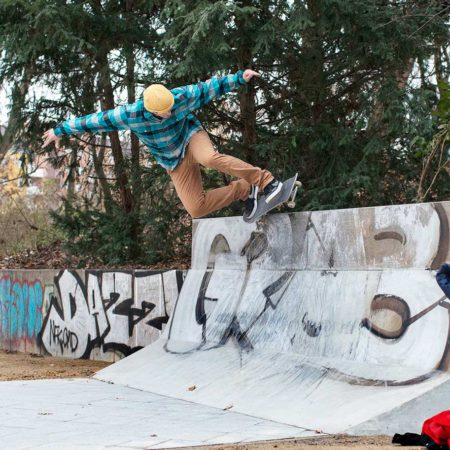 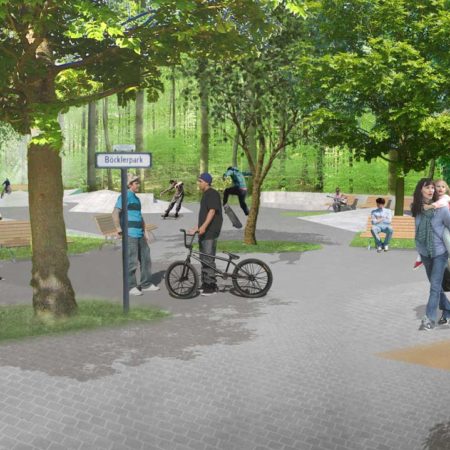 One outcome of the charrette process carried out by gruppe F Landschaftsarchitekten for the Böcklerpark in 2013 was a concrete plan for re-structuring eight sections of the park. One of the ideas that was further developed was for a city square and skatepark to replace the old park entrance, which was narrow, dark and not very inviting. Close cooperation with experienced skaters formed a basis for this development. The space’s structure, with skate elements with different degrees of difficulty, was decided on in several rounds of planning. Benches were installed to invite skaters, spectators and passers-by to linger so they can now all use the space equally. The square’s open design effectively accentuates the new entrance to Böcklerpark and its waterside promenade.

Riverbank Promenades Along the Spree 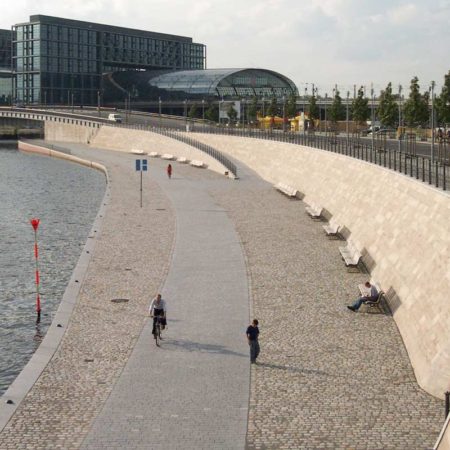 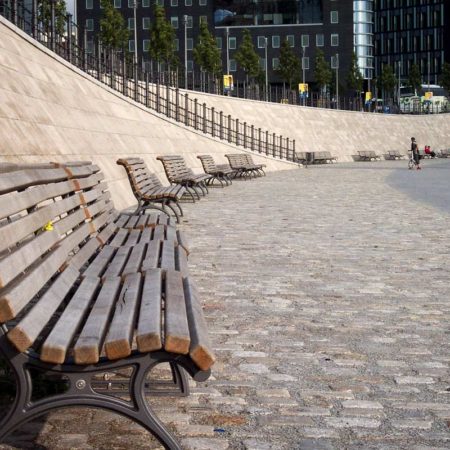 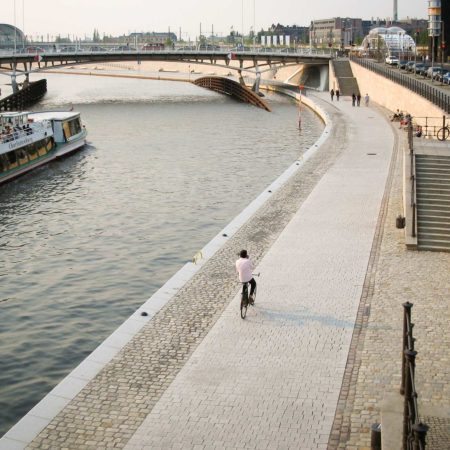 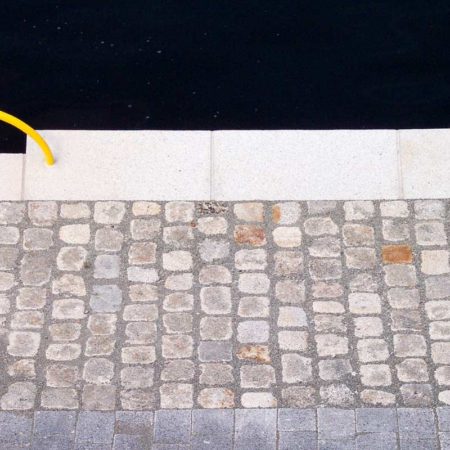 gruppe F was responsible for planning the riverbank promenades in Berlin‘s Government District, covering everything from framework planning through to construction. Major components in this work were an overarching design concept, with rules on materials and equipment, the analysis of general everyday and tourist requirements and concrete designs for berths for shipping, stairways and tourism infrastructure. With the promenades adjoining the Federal Press Conference (Bundespressekonferenz) and Marie-Elisabeth Lüders House government buildings, higher security requirements also had to be taken into account in planning for construction and approvals.