Ateliers 2/3/4/ has been conducting urban studies for the conversion of the former Thurot military barracks in Haguenau into an eco-neighbourhood since 2013. This new district reconnects the city center and the neighbourhoods to the south. Located near a train station, currently undergoing renovations, this new district establishes the beginning of a city that is both dense and desirable. The eco-neighbourhood of the Thurot military barracks is a mixed-use development, with generous public spaces, and increased mobility. This nearly 10 hectare project consists of 700 housing units, shops and public facilities, including a new educational complex, and at its very heart, a playground and a fountain. When considered together, the playground and fountain cover a surface area of 600m² and form the cornerstone of the larger central park. 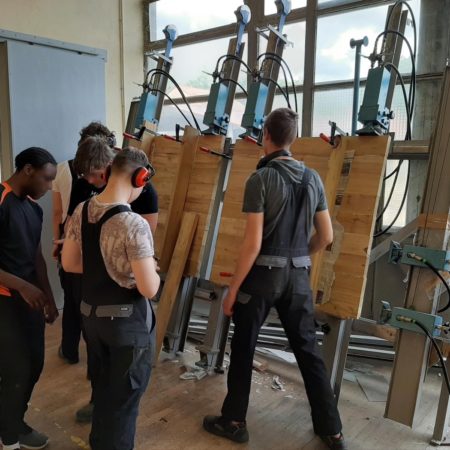 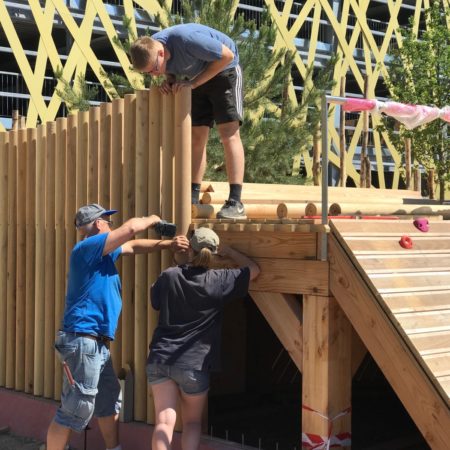 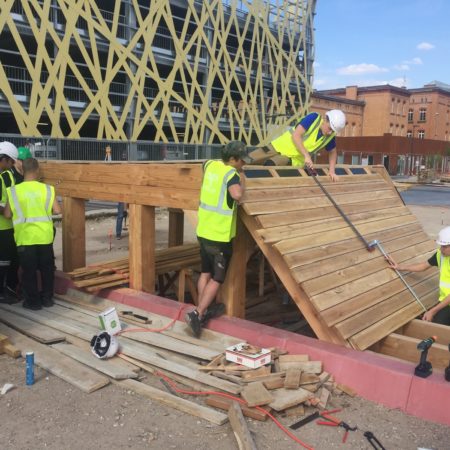 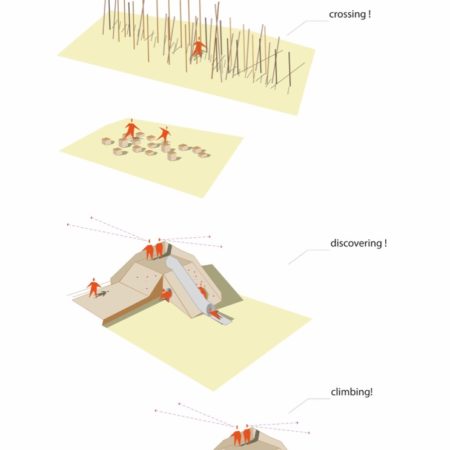 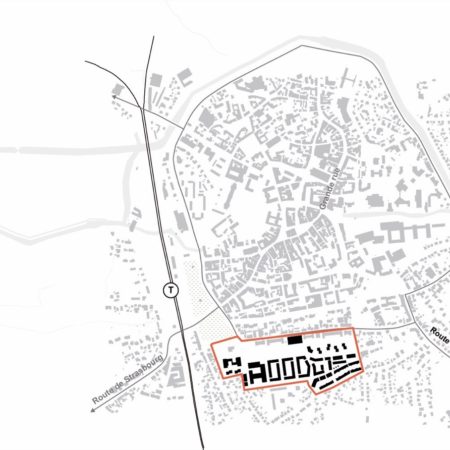 Poetry and a sense of Place: a project attentive to the site and its people.

The project ties into the rich natural heritage of the region. As one of the largest public and communale forests in France, the Haguenau forest is known for its ecological wealth. The playground acts as an allegorical relationship with the forest and surrounding landscape. Its organisation forms a vast horizontal plane, in continuity with the great meadow and offers a unbroken view of the entire park. To the north, the nearby woods are reinforced with new plantings and mirrored by a forest of “posts”. The “post forest” forms a wooden maze, including an obstacle course on stilts. The fountain echoes the imagery of the Haguenovian region’s waterways, through assertive geometry, rigid patterns, varying textures of concrete and the a multiplicity of waterways.

Nurturing creativity and imagination: fragments of a whole instead of an accumulation of objects.

Designed as an open space in the extension of the public spaces surrounding it, the playground is unfenced and has free access. The use of wood, as a unit of measurement, makes it possible to affirm the playground as a coherent whole and privileges the adventures and stories made by children themselves rather than through predefined rules and spaces. Protected from vehicles and kept at a distance by the park, it remains safe: set in a slight hollow, the platform and offers a large line of low walls around the perimeter that form a welcome seating area for parents. This simple organisation allows for the easy supervision of the children from all viewpoints.

The platform avoids any figurative representation: it can become a castle to be besieged, the overhanging passage of a course through the forest of stakes and trampolines, or a hill to cross. To facilitate the ascent of this one, there are rock-climbing holds which borrow from the red and pink colours characteristic of the Vosges sandstone. The flooring spreads out, like an origami, even on the low walls, in a series of facets in multiple directions. The trampolines offer a divergence: a large trampoline of 6m, allows collective jumps, as if crossing a river, two square trampolines, opposite each other, allow access to the platform in a few jumps as much as they lend themselves to competitions of improvised jumps. The slide, beginning at large platform, is the only high point of the playground, and acts as a lookout: offering views of the entire meadow. The tunnel is an opportunity to walk along, as well as an obvious refuge, a place of hiding places and secrets. On the ground, a light-toned cushioning covering creates a pixel-like pattern. This simple geometrical pattern allows to integrate the cube course, the trampolines and the fountain in a common space. Located opposite, the fountain is accessible both from the large north-south alley in the central park and from the playground.

The design of the playground is founded in approach that promotes local materials and savoir-faire through partnerships: The wooden playground equipment as well as the greater park’s furniture, is built from locally harvested Robinia trees, direct from the Haguenau forest and marked by the agents of the National Forestry Office. Cut, sawn, then dried at the Trendel sawmill in Haguenau, the wood is then shaped by the students of the Heinrich Nessel Vocational High School. The school’s involvement in woodworking trades is a perfect illustration of the project methodology that advocates local knowledge and demonstrates the cooperation between project managers, companies and local stakeholders.

Through these partnerships, the construction of the playground became a shared adventure in the collective memory of the students, their parents, the municipal youth council, the project developper, the greater community and the project management team. The project was inaugurated in July 2019 by the Mayor of Haguenau, Claude Sturni and the playground and the fountain found immediate success with the greater public during the heatwaves of 2019. 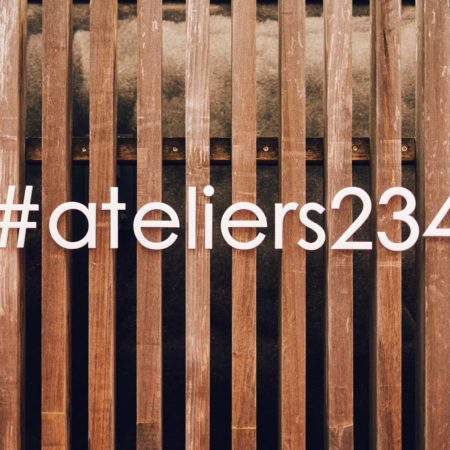