The Hay Salam urban park project is a 5 hectares contemporary rehabilitation and transformation of an abandoned existing public space.The project was launched in parallel with the extensions of the tramway’s line 2 between Rabat and Salé.

A new bridge and a new tramway station establish a strategic position for the park.

Located at the crossroad of a high-speed roadway, a forest and the tramway, the park also separates two different socio-economic districts, deals with issues including security and vandalism neverthless it has the potential to become a place with a diversity of use and social interaction.

As the landscape architects in charge of the Tramway’s public spaces, the PAN Landscape Architecture office was assigned to give new life to the park.

Situated on a plateau in the city of Salé, between two main avenues and a forest, Hay Salam park is a large 5 hectares urban space with a 15 meters grade from top to bottom. 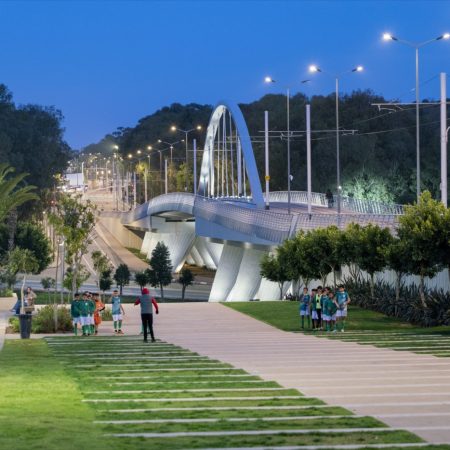 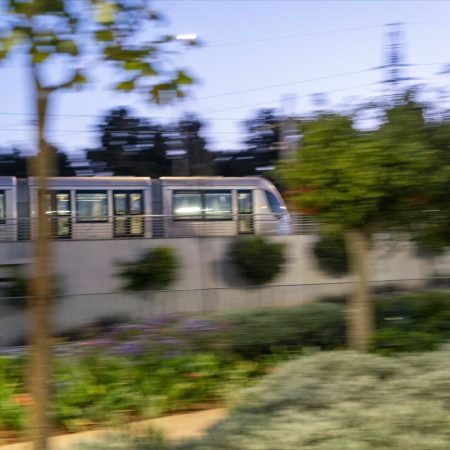 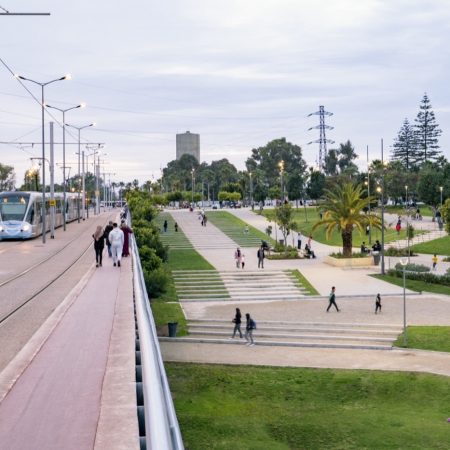 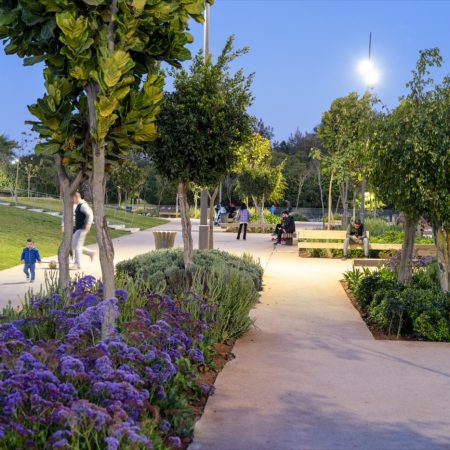 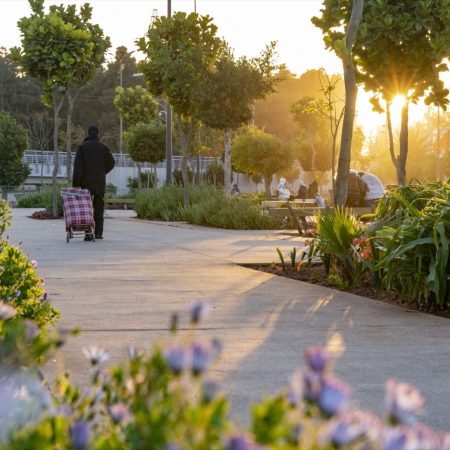 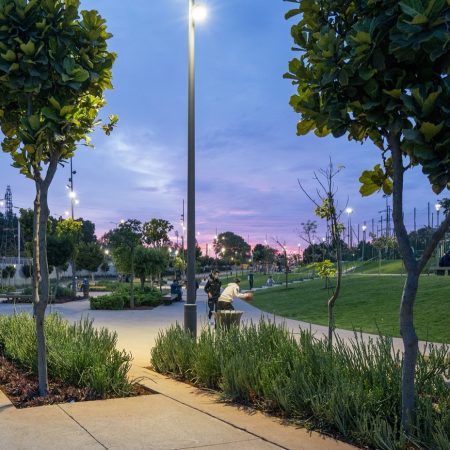 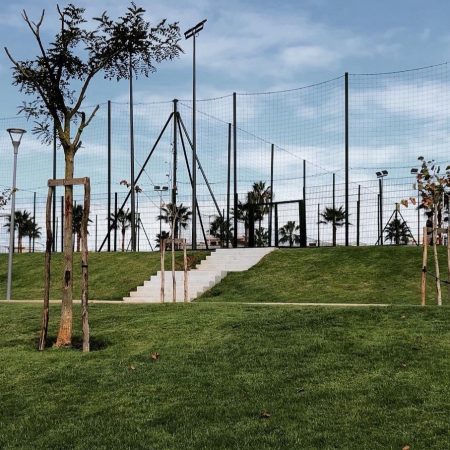 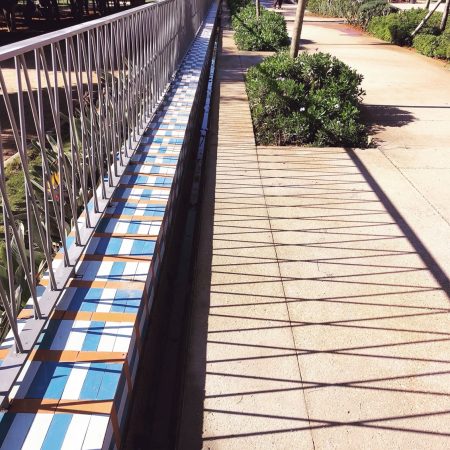 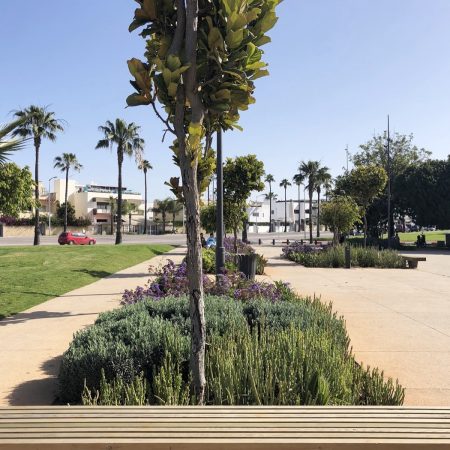 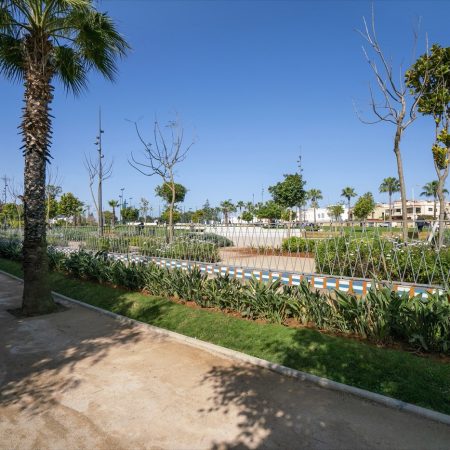 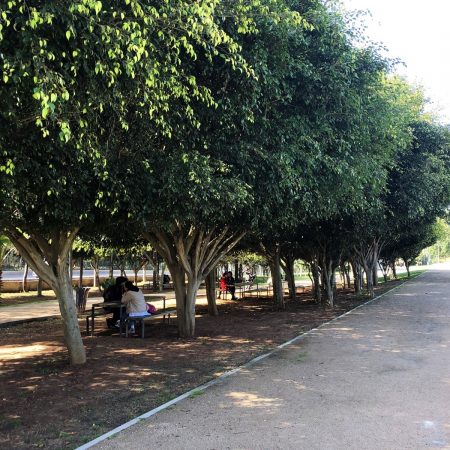 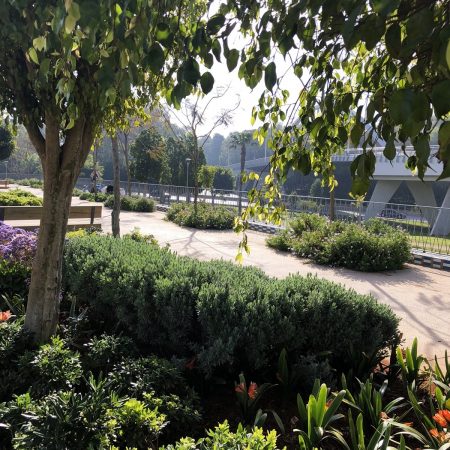 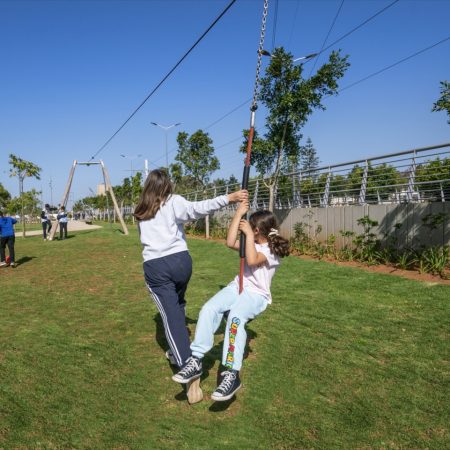 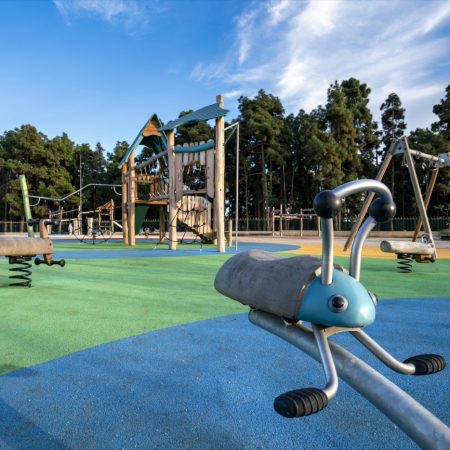 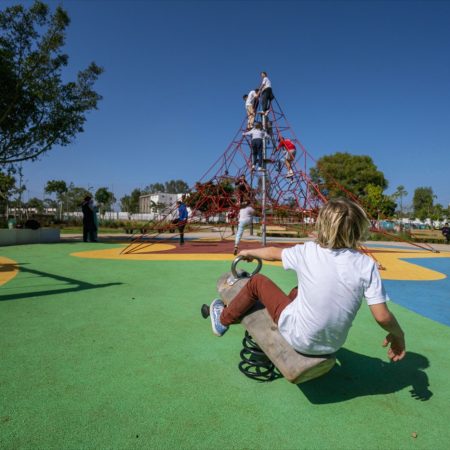 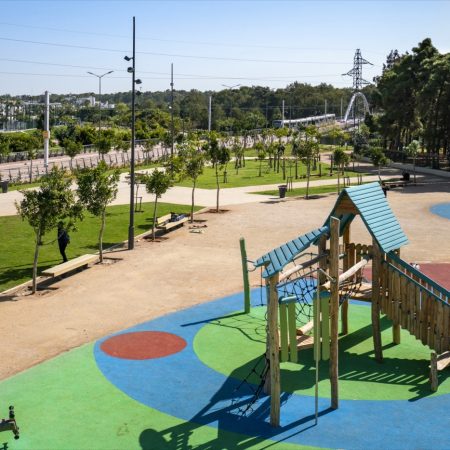 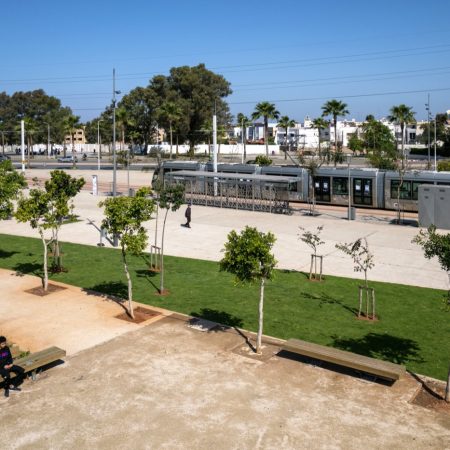 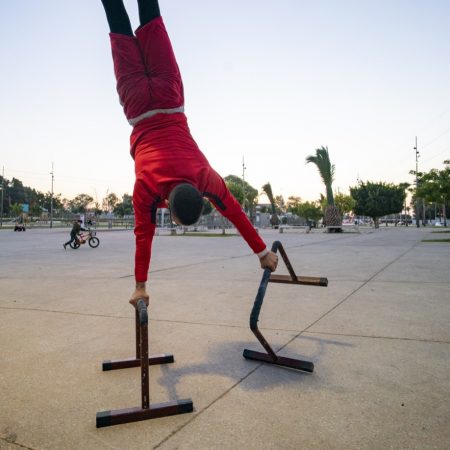 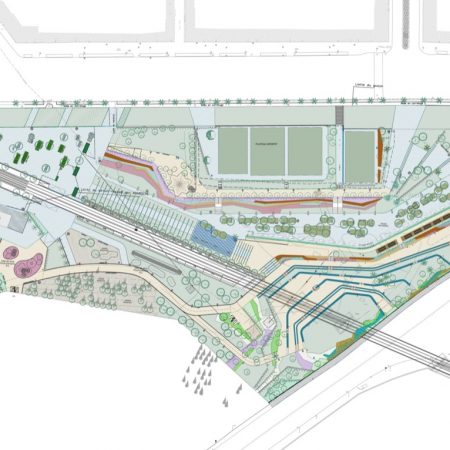 The challenge was to make it functional and appealing again, while incorporating several constraints such as the presence of the tramway station and bridge, a high voltage line, the conservation of existing trees as well as introducing new park standards in terms of accessibility for those with limited mobility.

The park is now open to the public. There was a strong political preference to eliminate fences and provide direct access and connections to the surrounding areas.

The physical and visual connection between the urban forest and the park was reestablished.

This approach also enhanced the views to the overall landscape and new bridge.

A lightning strategy and plan also enable the park to be opened at night yet without disturbing wildlife.

The proposed site furniture is simple, strong and sustainable. Materials such as wood, metal and moroccan zellige were used to :

From an ecological point of view, the project endeavored to maintain a balance between the original spaces and new activities. Conservation and protection of existing trees and respect for the natural terrain guided our design.

Trees that needed to be moved were transplanted on the site. The vegetion mix was adapted to the local climate and the water stress conditions that Morocco is curently experiencing. Rainwater is mainly infiltrated into the soil and waterproof pedestrian surfaces are kept to a minimum.

The choice of local companies and suppliers is also an important factor in reducing the ecological footprint of the park. The many exchanges with the contractors during  the construction phase made it possible to develop solutions adapted to this context, particularly during the pandemic when sourcing materials was more complicated.

Undoubtedly, from a social perspective, the park has been a total success.

The opportunity to have a park of this scale, that is also opened day and night is new to Morocco as it must address questions of security in a popular area.

The main challenge we had to meet including during the construction phase was high park attendance by a heterogeneous and multi-generational population (women, men, young children, elderly, athletes, high school and primary school, students, etc.). They all showed great interest during the planning and construction of the park and our sustained presence has made it possible to create a real connection with the residents.

The photos are representative of this success and the social diversity. 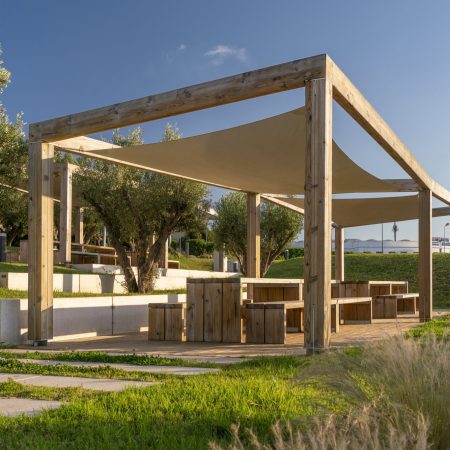