The Pingtung (Heito) Sugar Factory is located southeast of Pingtung city. An 860,000m2 area isolated in the middle of the city, public entry has been forbidden since 1909 until now causing a huge city development problem. With the buildings destroyed and abandoned for several decades, the sugar factory inside is a mystery to the public.

The Heito project transformed Taiwan’s historical sugar factory into a public gathering place, created a key area for development south of Pingtung city, reimagined the wasteland barrier that struck a decade ago, and integrated community resources around the city. Significantly, the park provided people a place to engage in quality natural environments within a metropolitan city.

Because preservation contradicts real estate development, preservation of historical buildings is a criticized idea in Taiwan, explaining why most sugar factory buildings are destroyed. The project sustained pressure to reuse the factory’s ruins to provide a reminder to citizens of the history of Heito. 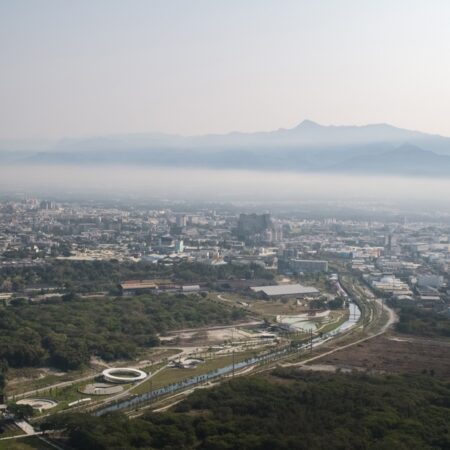 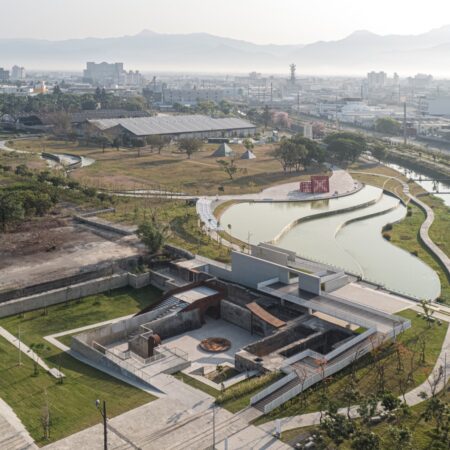 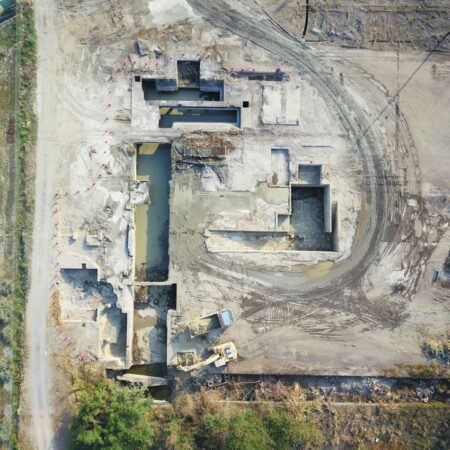 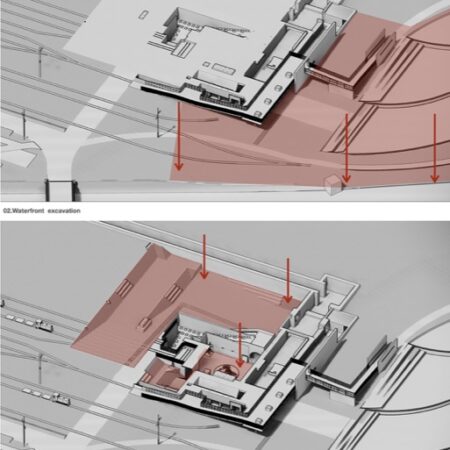 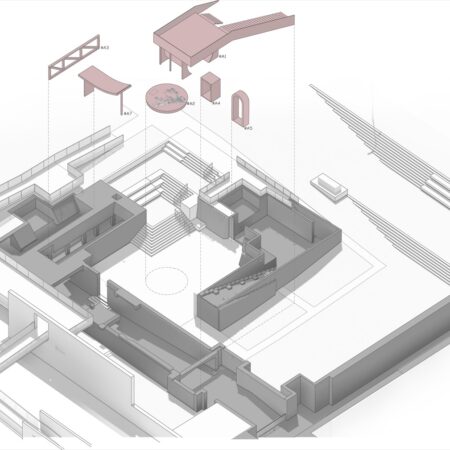 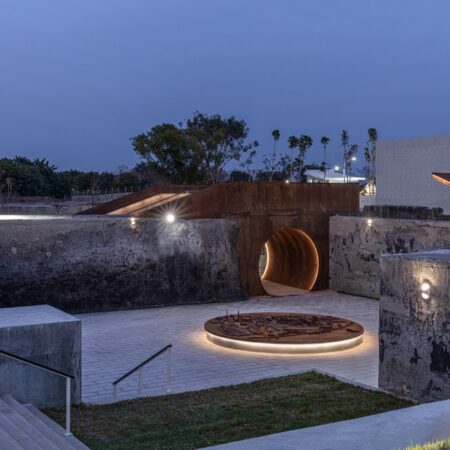 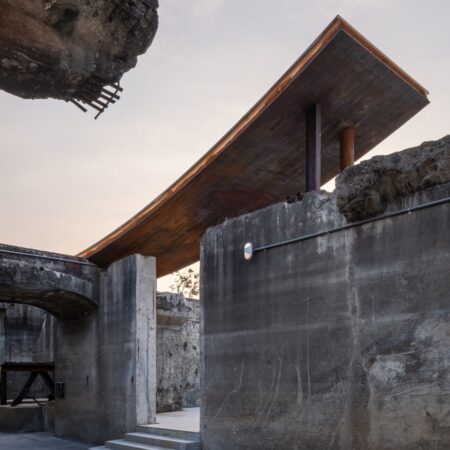 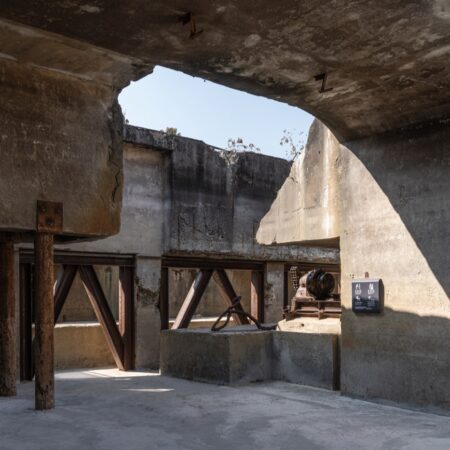 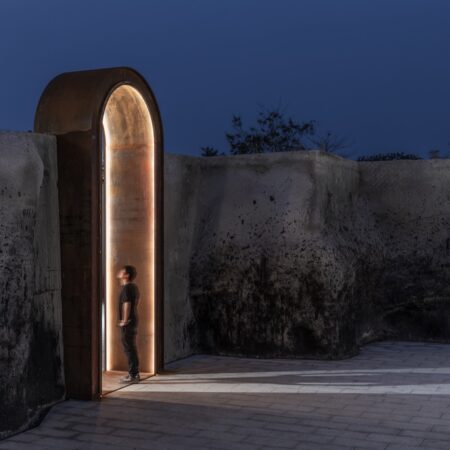 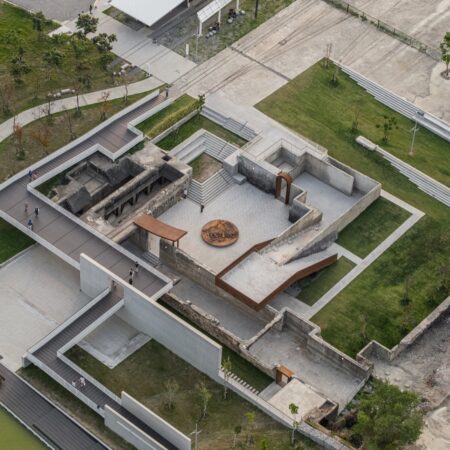 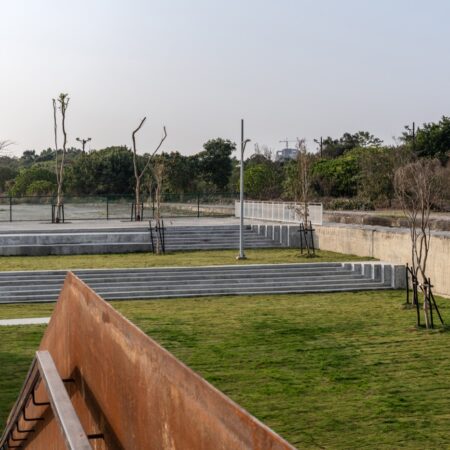 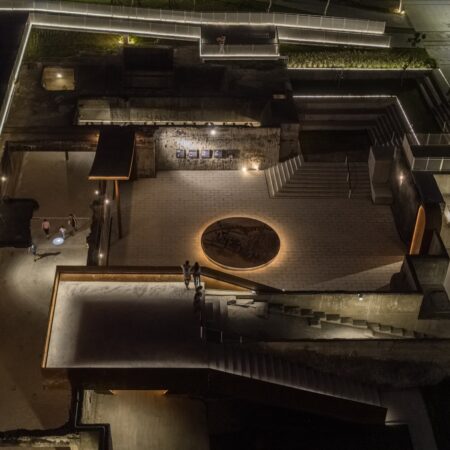 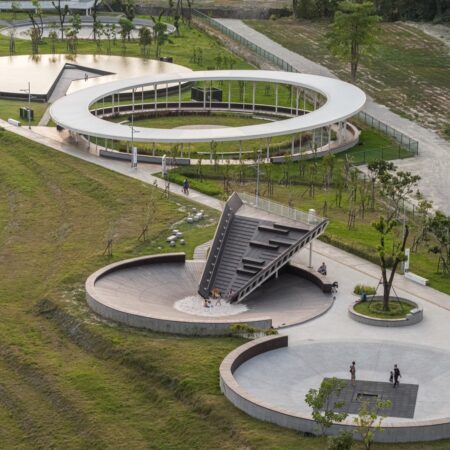 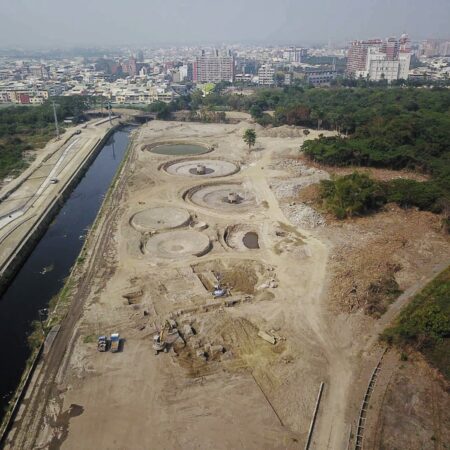 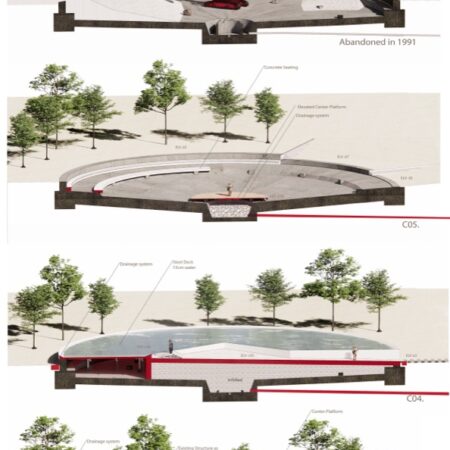 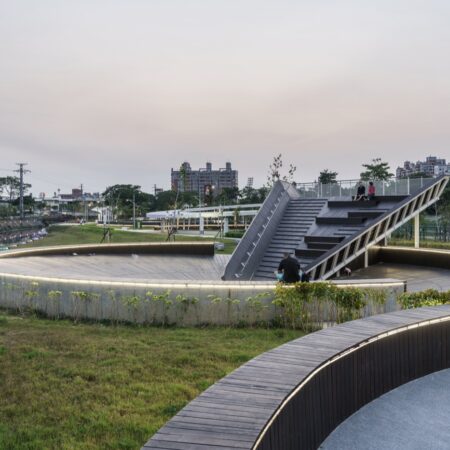 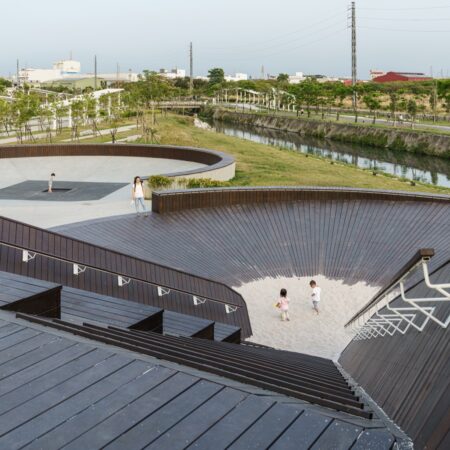 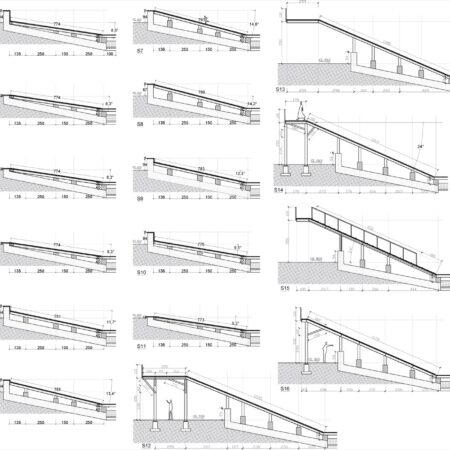 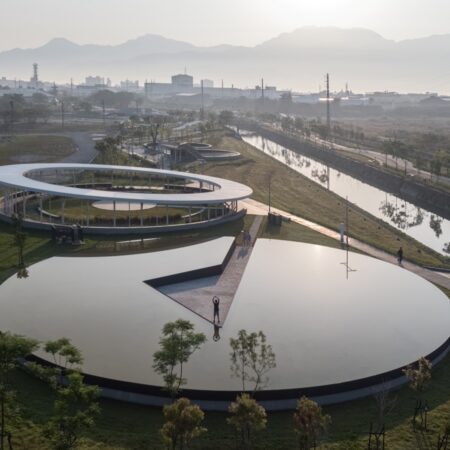 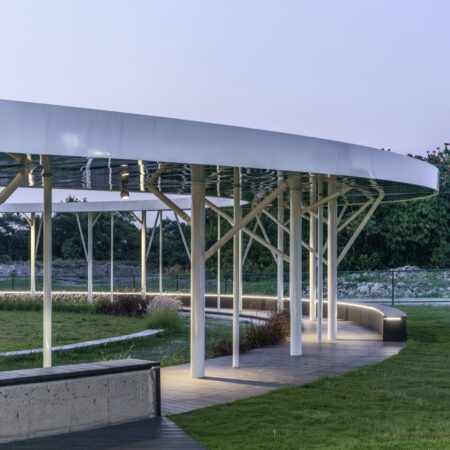 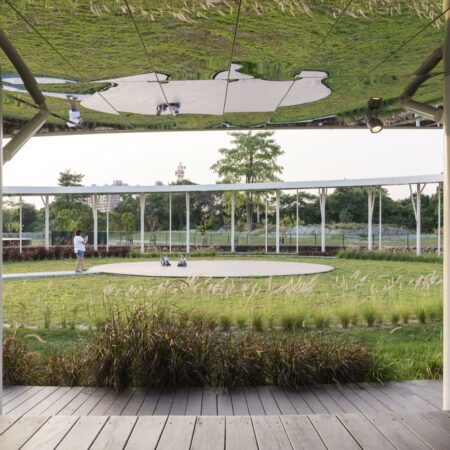 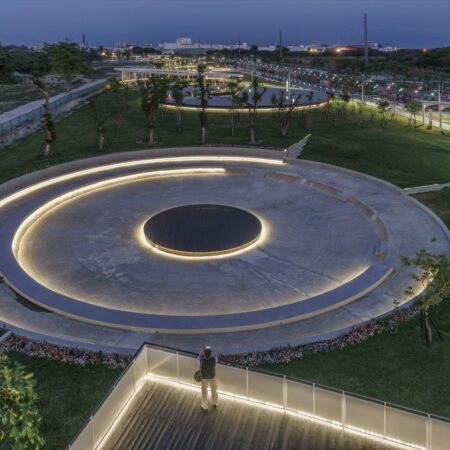 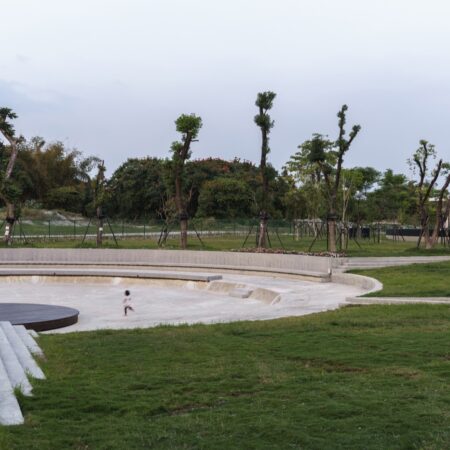 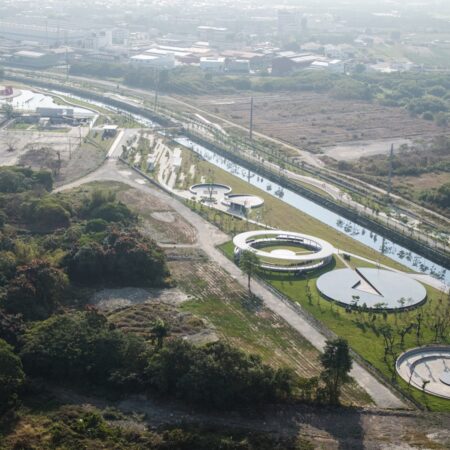 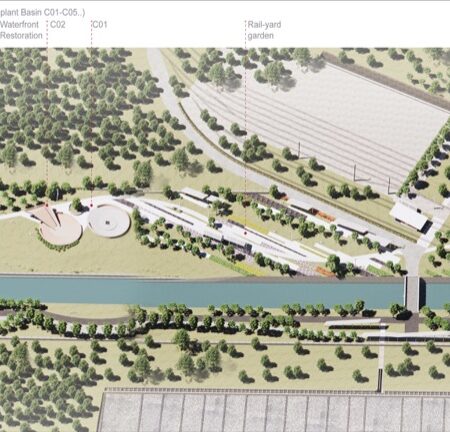 During the 16th colonization era, sugar was a profitable commodity. The Dutch East India Company developed the sugar industry in Taiwan due to its geographical location and climate.

During World War II, cane sugar was an important cash crop and strategic goods. Sugar had medical purposes, and byproduct alcohol could be used as fuel. Heito Sugar Factory and Heito Airport became the main targets for the Allied attacks.

Because the sugarcane refinery created a large amount of bagasse, a factory was built to transform the waste into paper. The paper factory officially began operations in 1977. When it closed in 1994, the factory had 600 employees and 24-hour operations.

In 1994, the paper factory was closed, resulting from the rising protests of environmental pollution. Public entry was forbidden since 1909, and most buildings and buried, so the park remained a mystery to the public for almost a century.

Before uncovering the buried structures, the design was going to be a typical urban waterfront park. The adaptive reuse of structures conserves resources and celebrates its history. The redesign incorporates the existing texture and reuses old structures into a new pavilion. Originally, Snake Creek had a natural environment. However, it was engineered into a concrete ditch for industrial wastewater disposal. Improvements needed to open the waterfront for public activities included water purification systems, grading where seasonal flood occurs, and wetlands for natural restoration.

Structures of the past

The design endeavored to recover and identify each remaining structure. The only historical remains surviving are the underground structures. Uncovered underground factories are a safety risk to the public with over 6m depth from top to ground. A passage of gentle slopes for visitors to walk is created by removing the infill between two structures and creating an inviting courtyard in the center. Weathering steel structure is the material identified for new implants. There are four connection components and one model in the center the connections function as a transition for time and space and a medium for a separate structure.

Every basin depict a historical moment of this place, the history of sugarcane cultivation was a time of exploration and agriculture. Heito provides a spirit of that exploration with romps around nature not found in urban life.

The first two are Adventure playground, a deeper slope creating a potential for climbing and exploration. The slope was extended with an existing structure as a starting point to create a pavilion that can be climbed or used for shade. The third, as natural forest was depicted using factory inspired materials such as steel to create 32 components. Each rises gradually higher, and connects like a treetop. The fourth is ideal of voyage, the site was isolated. People here were voyagers from Japan, prisoners of war, or contracted from other cities, the sense of loneliness.

In Taiwan, where adaptive reuse is not popular, there are gaps in our history because historical buildings were simply demolished instead of used as sources of inspiration. With Heito, a tiny portion of the era was saved through the inspiration of its excavated historical structures. Hopefully, this project inspires an approach to defining the design of a space. Hopefully, people can see a wasteland and discover its potential.