Henriksdalshamnen a district of Hammarby Sjöstad, a new city south of the city center of Stockholm. The ambition was to create a vibrant urban space, strays and places along quays and streets and to take advantage of the south- and west facing position towards the waterfront. Along the water runs the walkway. Its character changes from docks with small boats and south-facing seating stairs to the port square with ferries and al fresco dining, continuing further north with quays along Hammarbykanalen. A point of destination is the new district park, Anders Franzéns Park, on the southern slope of Danviksklippans.

The quays are made in cast brushed concrete, fronted with COR-TEN steel. They’re divided in to zones, with lines of cobblestone to mark out driving area, walking strays and furnishing areas. Car traffic is allowed on the quays but take place on the terms of the pedestrians. Wooden made, billowy sun decks and seating stairs are located on the area’s top spots. Safety barriers in wavelike shapes, made of COR-TEN steel, prevent car traffic from driving into the sea.

Jan Inghes Torg, the port square, is a center for cafés, restaurants and a small-boat marina. Together they create a vibrant and dynamic meeting place. Trees allow shadow and wavy stairs in cast concrete provide seating areas with a lookout over the sea.

The central street of the area, Henriksdalsallén, proceeds from the port square. It forms a wide axis towards Danvikstull with spectacular plantings and playful, sculptural decoration and ornaments. Henriksdalsallén is primarily designed as a public space and, secondly, a street and the aim is to experience it as an elongated square stretching between the buildings. This is also demonstrated by the materials and dimensions. Aiming to keep the vehicle speed to a limit, driving areas and pedestrian areas are paved with cobblestone. Accessible strays are available in cast concrete.

In the north, the quay meets the new district park, Anders Franzéns Park, as an ending to the expansion of the district of Henriksdalshamnen. The design language of the quay and the concrete and steel materials merges into docks and places for meeting and recreation, made in wood and sand with a more organic shaping. The boardwalk ends with an overlook on west side of Danviksklippan and leads into the actual park. Its design aims to, on a limited area, create an urban public park and an attractive center to be used by everyone: adults and elderly, teenagers and children. The park is filled with play-, sport- and park areas embedded in greenery – a contrast to the edgier quay-setting in Henriksdalshamnen. It accommodates a skate park, a football ground, a sledding hill, play for the youngest, and “hangout” areas for both teenagers and adults. Play is central for the park, but it also holds spaces for grownups.

The design takes form from the parks location: by the old port Henriksdal and its name from Anders Franzén, who in the 1960s recovered and waved the Vasa Regal Ship. The theme of boats and ports, both combined with play resulted in an underwater theme. Soil treatment, design language and plants are associated with an underwater setting- meeting shore with docks and an old-style shipyard by the slope up towards Danviksklippan. Located by the shipyard is an old diving bell, similar to the one being used when Franzén was searching for Vasa Regal Ship. 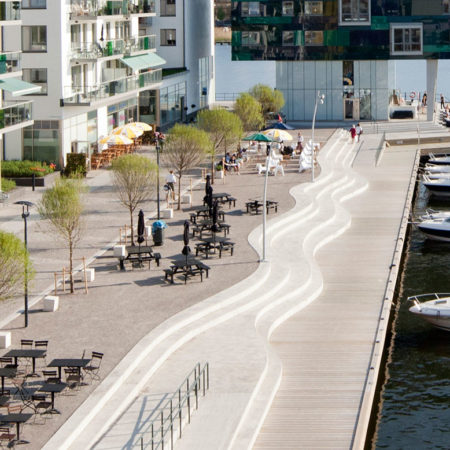 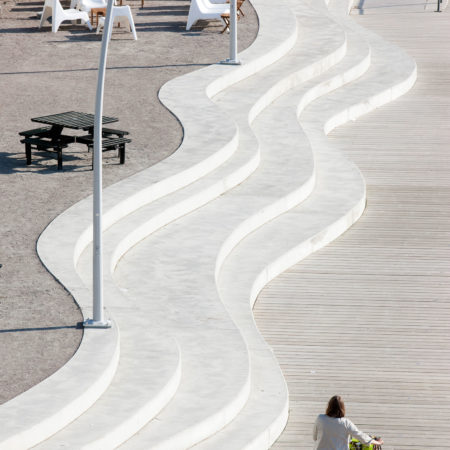 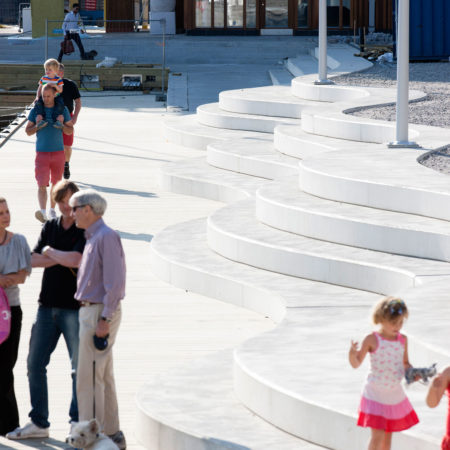 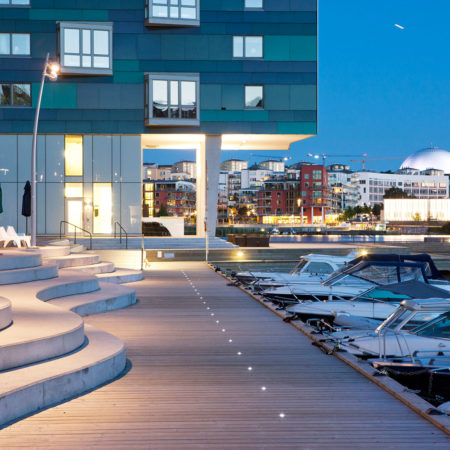 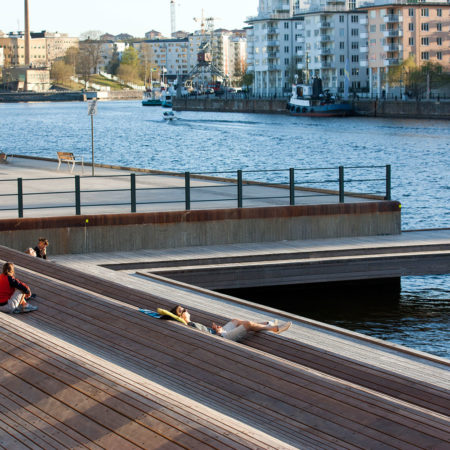 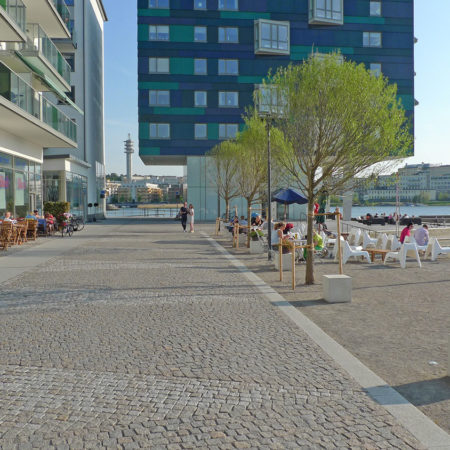 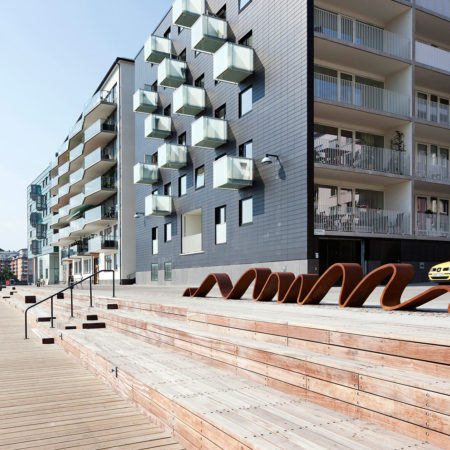 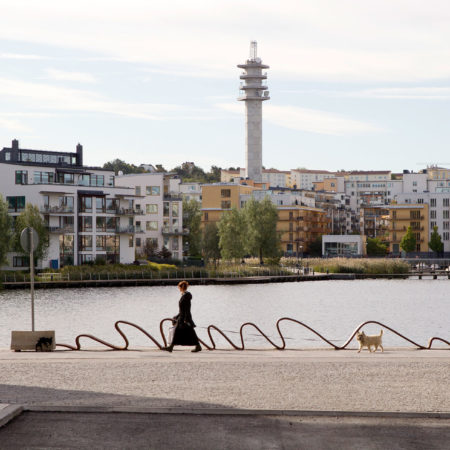 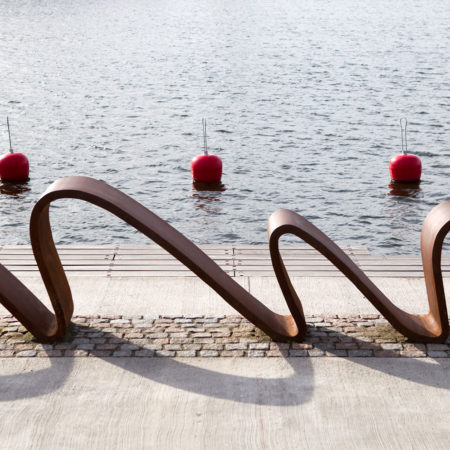 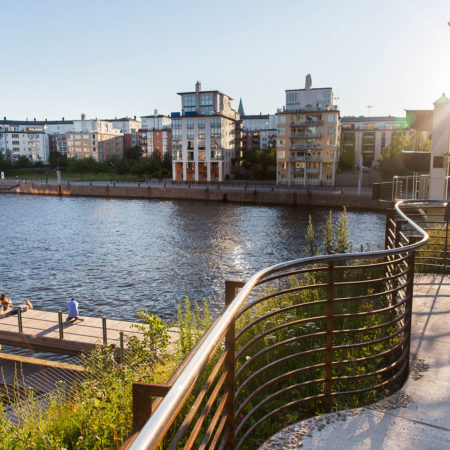 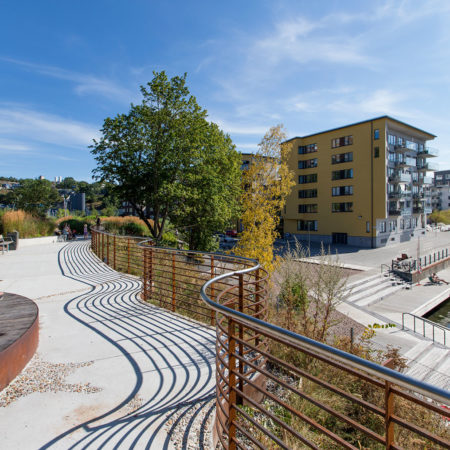 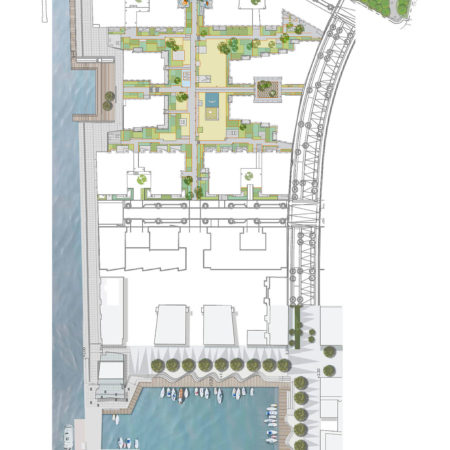 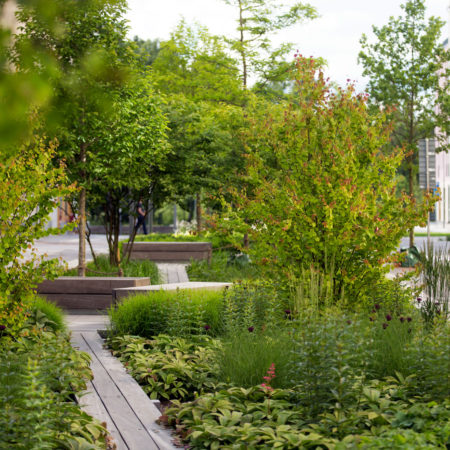 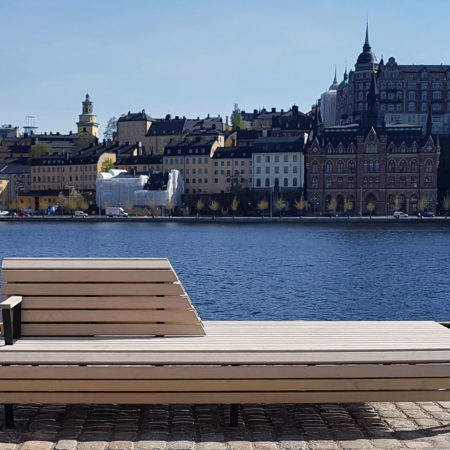