The « boulevard de la dune », a 1,7 km long axis, represents the main access to the beaches of Hossegor and to all the festive places gathered around the « place des Basques ».
The initial site was very deteriorated, both from a landscape point of view and from practices.
The boulevard was indeed limited to parking places and road treatments; space was dominated by the strong presence of the car, as well as by a lot of incivility and a feeling of insecurity.
One year and a half ago, you were really close to the seashore without even feeling its presence behind the buildings with disparate architectures.
Within a few months, the site was deeply changed by the architecture, urban planning and landscape office « D’une Ville à l’autre … » [Pierre Roca d Huyteza] associated with Sophie Balas, plastic artist, “Plan B” Architecture and urban development [Léo Mary] and IDEIA [Richard Combes].
Dunes seem to have reinvested the space, and nature seems to have regained its rights. The bond between city and beach was renewed.

We wanted to offer the perception that the maritime site was just beyond the boulevard, to restore the feeling of being at the seaside.
We wanted to offer the city a public place which it lacked, the link between the earth and the sea.
The goal was to give depth to the urban fabric, confined on the only seaside, to offer the users other pretexts that the beach.
To transform a sterile place, although functional, in a place of life, to bring new practices, some vegetation, to offer some comfort to the users.
To invite to move otherwise than by car.
To secure spaces, get them rid of incivility, convey the users the respect for public space.

Wood lines create new horizons and allow us to regain space for bikes and pedestrians; sand beds lengthen large gardens which play with plants from seashores. Blending nature and culture, these gardens echo native plants by reorganizing them in linear gardens, somehow organized by shape and color, to form a sort of graphic mosaic.
As you approach the sea, space expands : lounge areas open wide curves of wood towards the open sea.
At the centre of the project, on the « place des Basques », a huge wooden deck lets you walk over sea spray, on a blue concrete which merges with the sea. We sit down on it and the children cross it over surrounded water mist.
A very neat concrete set starts vibrating discreetly with the environment : sandy concrete, cyclopean concrete, micro-deactivated concrete, sanded concretes, sea colour concretes … compose a rich set of textures.
In this context, artist Sophie Balas conceived a collection of original drawings reinterpreting, in a very abstract and contemporary way, plants that grew in the dunes which are found in the long gardeners. Those “imprints” carved from the sandy concrete, let one see the initial concrete.
Spreading out randomly throughout the course; sometimes “cut” at the edge of a curb, they form a kind of poetic treasure hunt which catches the eye of the perceptive passer-by.

Intrigued, the walker suddenly realizes that its environment has changed and gets a feeling of the whole project.
The project was attentive to offering convivial spaces, inventing, in addition, new ways of living together.
One and a half year later, indeed, new practices have developed along the boulevard. Now, visitors don’t just go there for the sole purpose of the beach.
According to the town services and the police, the number of incivilities has diminished. The car gradually gives way to bike users and walkers.
Between nature and culture, the project shows how – despite of a very restricted budget – all places, even the most functional, can be enchanted again. 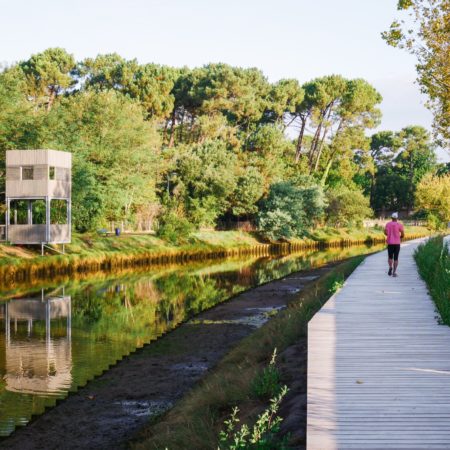 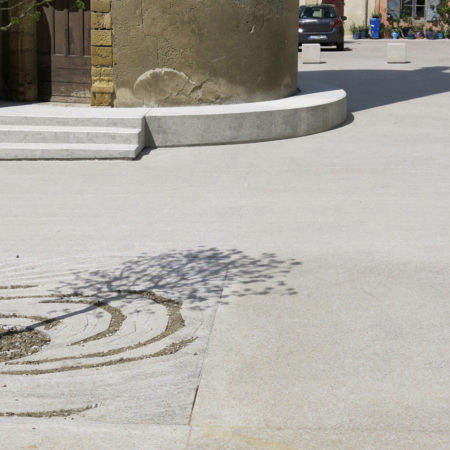