2010: two years passed since the real-estate crisis and Spain is no longer a rich country, but it still needs a lot of work.

In Ibiza, the Paseo Vara de Rey and the Plaza del Parque are the city’s most vital public spaces, located at the base of the fortification Wall, a World Heritage site. Since the city’s growth outside the historic Wall, neighbors meet for coffee and celebrate local holidays here. The XIXth century Paseo, a sand and tree-lined promenade parallel to the historic wall, was Ibiza’s living room until the 1960’s and 1970’s. Following the arrival of Modernity to Spain, much of the space was ceded to cars and an unfortunate operation fragmented what once was a unified space into minimal sidewalks and a reduced central space that was isolated by parking lots and vehicle transit lanes. The base of the UNESCO World Heritage wall became a parking lot and a back alley for trash bins and service stalls. After years of deterioration, the recovery of the Paseo and the improvement Plaza del Parque were finally undertaken. 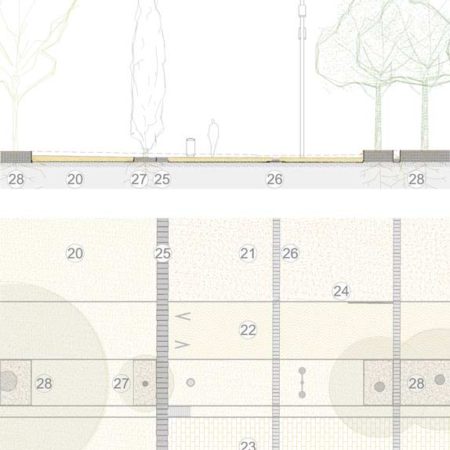 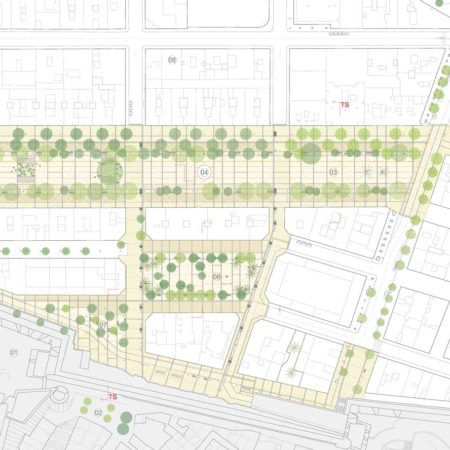 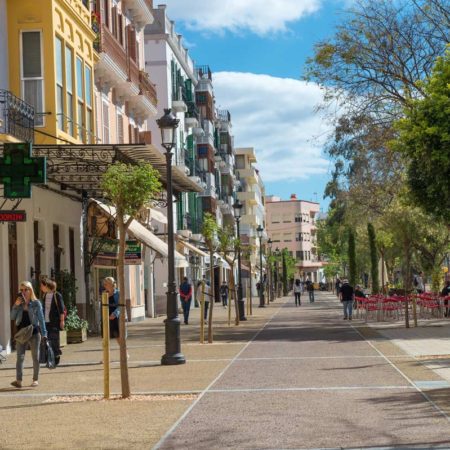 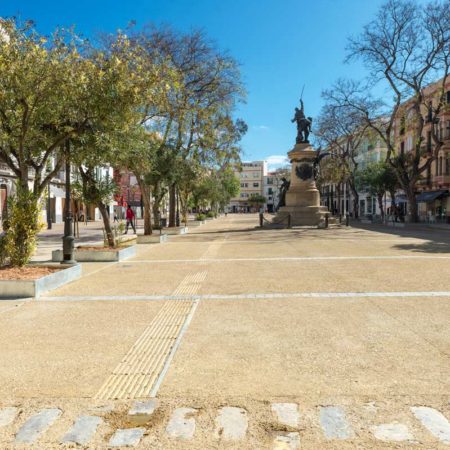 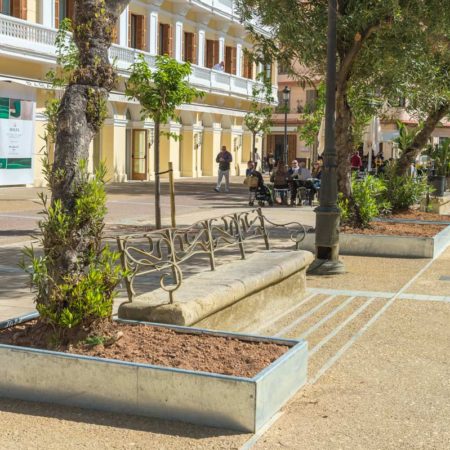 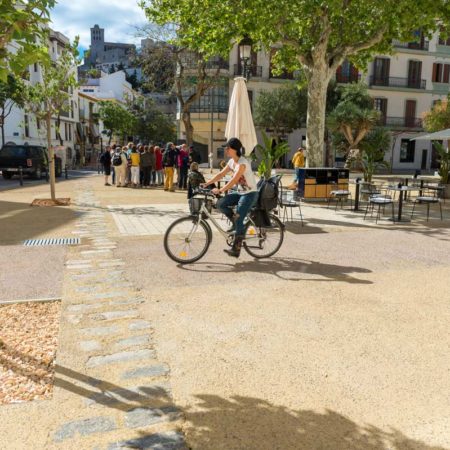 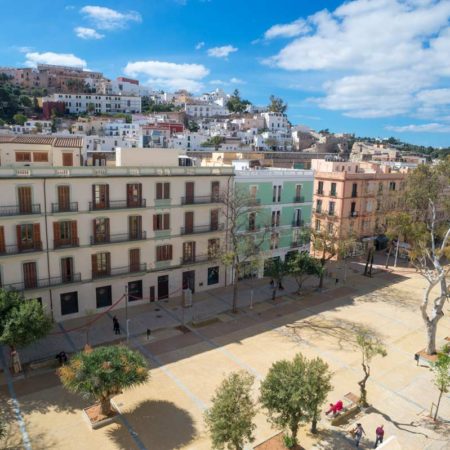 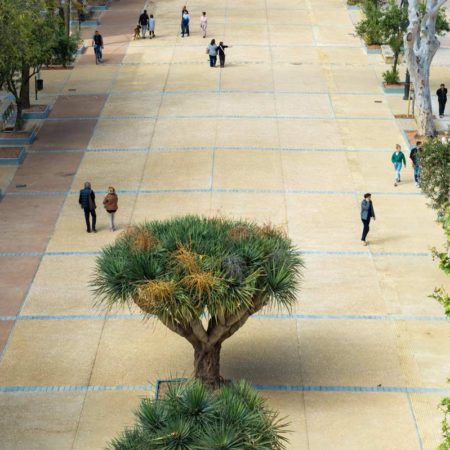 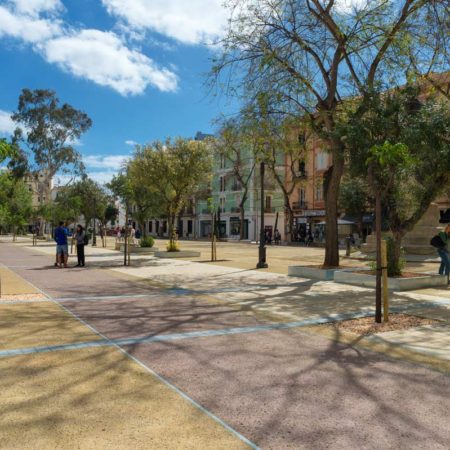 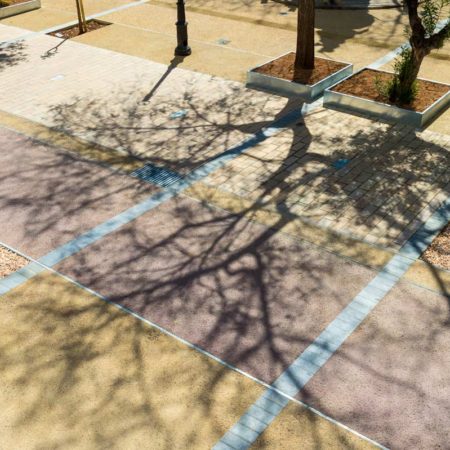 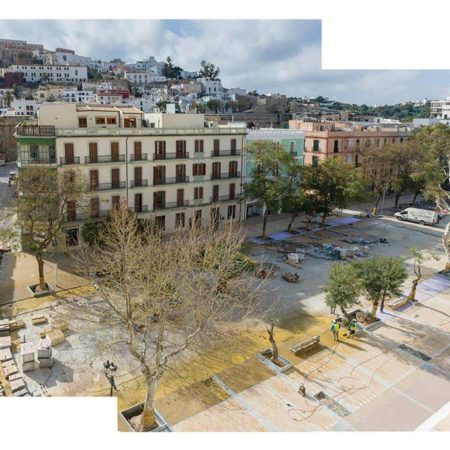 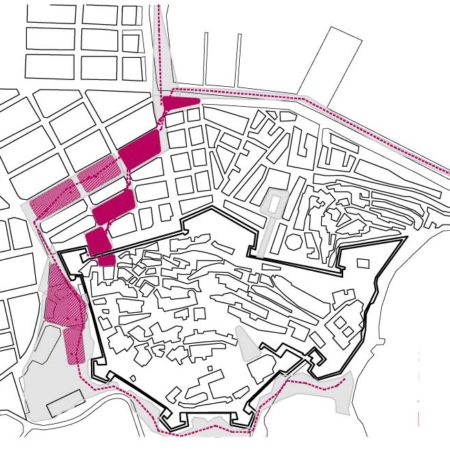 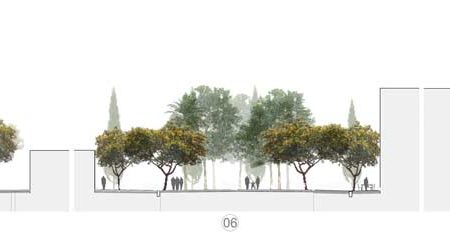 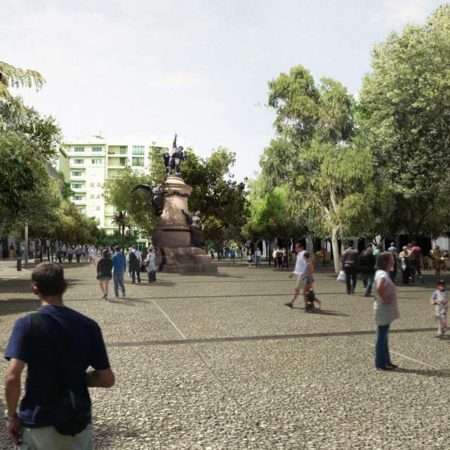 aldayjover’s winning competition entry extends this inicial objective to adjacent streets and to the space at the base of the wall in order to make the first development outside the wall pedestrian, to dignify the gateway to the walled city and to recover civic and historic values of Ibiza’s urban core. These spaces become key urban articulations connecting pedestrians between two vital points – the port and the walled core. This series of diagonaly connected spaces lead to a new elevator that improves access and revitalizes the most inaccesible sector of the old city. Lines of trees and repurposed original stone curbs site guide pedestrian circulation and views.

Street curbs, lampposts and urban furniture, like historic stone benches found on site, are recycled. All vegetation is kept, notably monumental species. Recycling tactics are driven not only by an environmental consciousness, but also by a new economic paradigm. In 2010, the budget to urbanize pedestrian areas was cut by half. The standard stone slabs – transported from the peninsula by boat at major costs, new lampposts and furniture were no longer viable options. We had to come up with a new vocabulary, of the same or higher quality and durability, that would reduce costs by 60%, from 300 €/m2 to 180 €/m2. Given that infrastructural costs are hardly reducible, the pavement absorbed this massive cost cut.

The proposed solution is an assortment of tinted and concrete that is finished with different textures and types of local stones. A single material with different finishes and articulated with fine lines of galvanized steel organizes bicycle and emergency vehicle traffic, heavy pedestrian traffic along facades and spaces for rest. The result is a new model for pedestrian areas and for the integration of new developments with the historic architecture of the walled city. It is a new paradigm that demonstrates the recovery public spaces in a new economic era. 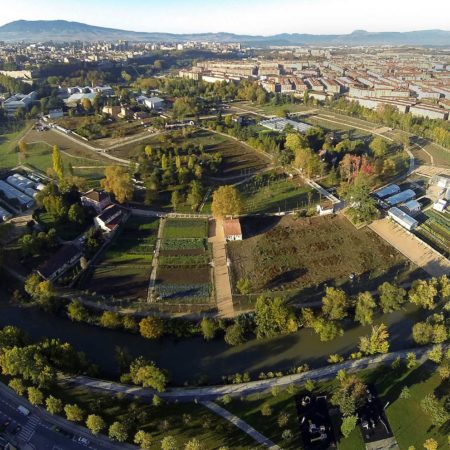 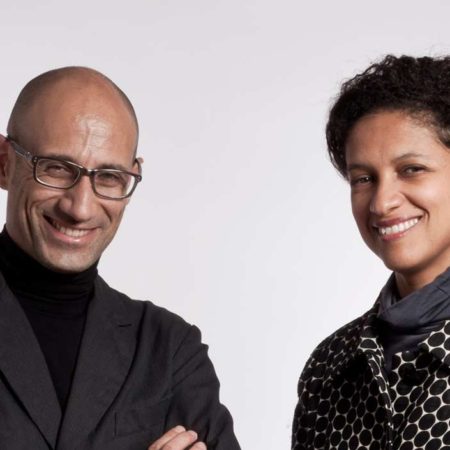