Located in the Sacrow area of Potsdam, which is known for its „Church of the Redeemer“ near the lake and its castle, this garden project of a 20th century villa merges seamlessly with the elegant neighborhood. With a view of the Sacrower Lake, which is part of the UNSECO World Heritage Site Potsdamer Havellandschaft, the architects implemented a gorgeous villa garden characterized by geometrical shapes and framing the panoramic views. 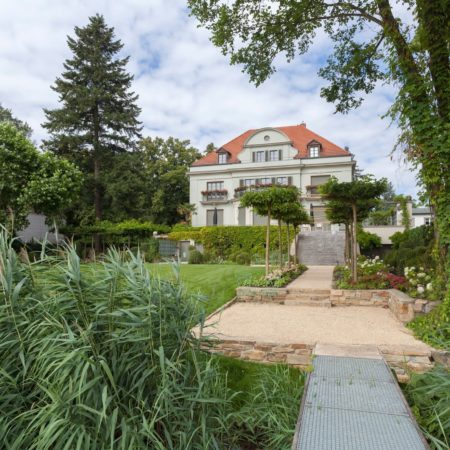 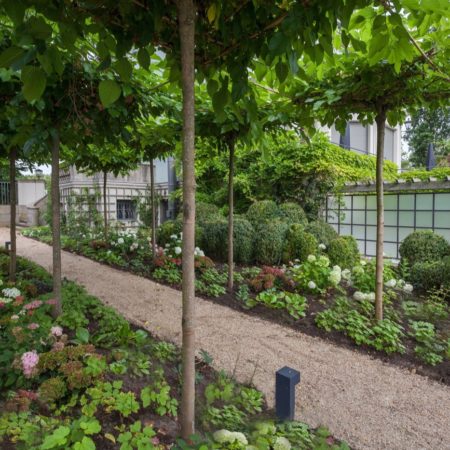 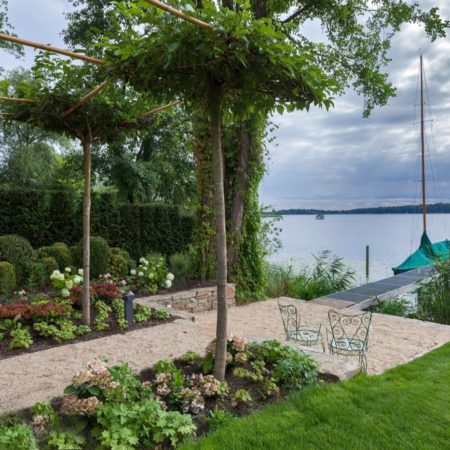 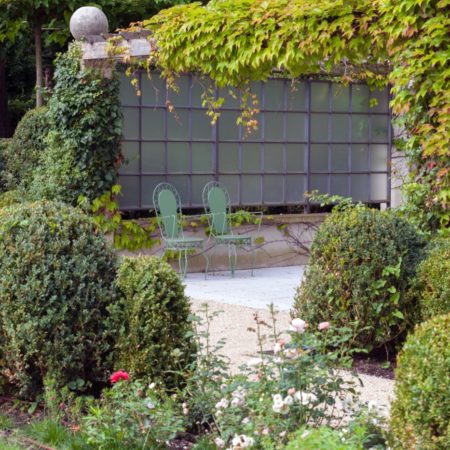 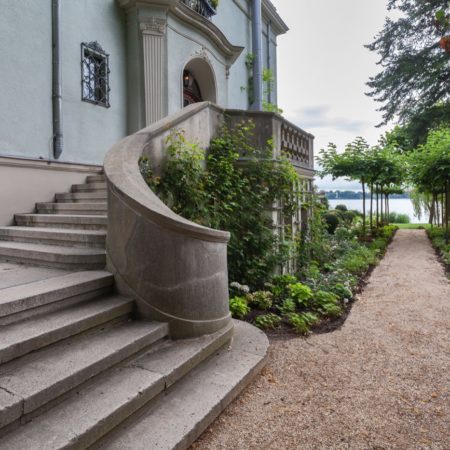 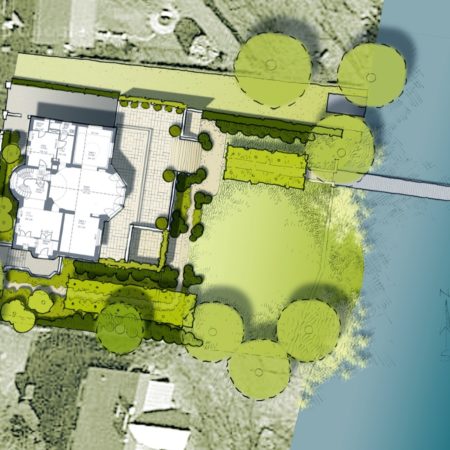 Arcadia is a synonym for an idyllic landscape and an idealistic bond between humans, architecture and nature. The garden was redesigned over a period of two months from April 2016 and is based on this principle. The location at the lake as well as the panoramic views and the course of the sun greatly influenced the design. For the client, it was of particular importance to have a seating area right next to the water and to be able to relish an abundance of blossoms in chosen colors from early February to late fall. The old tree population consisting of an elm and plane trees was integrated into the concept.

A certain dramatic composition is hidden in the sequence of the plants. The perennial vegetation with the roses and hydrangea is in the immediate vicinity of the garden paths. It is followed by the higher Boxwood Clouds standing in front of the fence and the facade. A soft, fluent shape was deliberately chosen for the transition between house and landscape. The hedge formations also create perspectives and depth, which were not present before, and add to this the vibrancy of the vegetation, even when not in bloom. The paths consist of beige water-absorbing gravel covered in beige limestone chipping. These paths are bordered by steel edges. The supporting wall of the patio at the lake is made of natural split limestone.