Located in the heart of Dublin city centre, the Irish Life Centre is comprised of three public courtyards and one private courtyard that were established alongside the development of the building campus in 1980 by Irish architects Robinson, Keefe, Devane. BSLA were engaged as lead designers to increase the profile and permeability of the urban realm by enhancing the paving, landscaping, lighting and improving visibility of the key features of the site such as Oisín Kelly’s Chariot of Life sculpture. 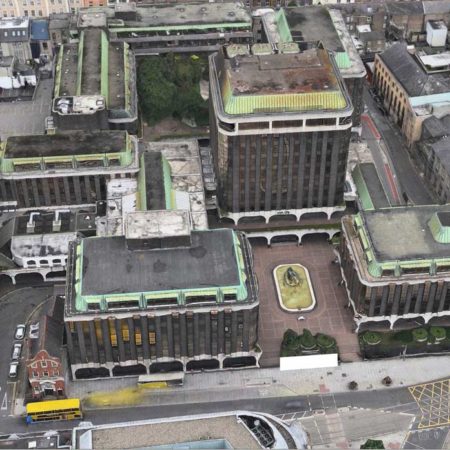 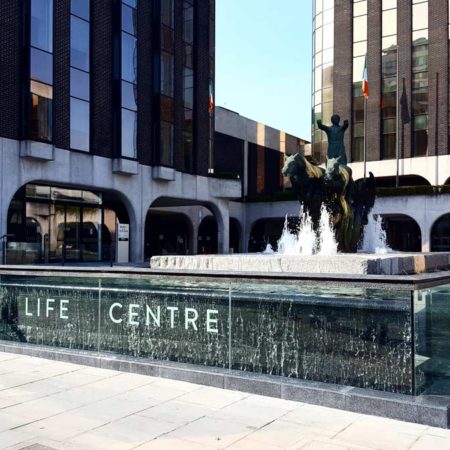 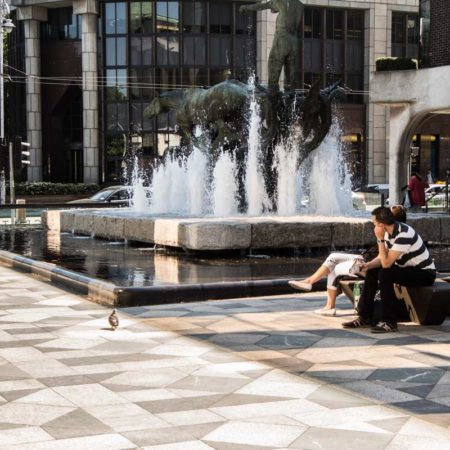 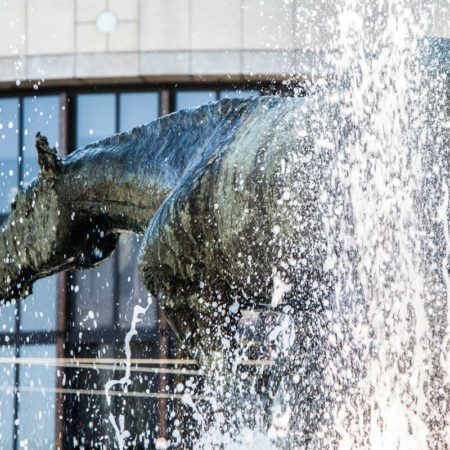 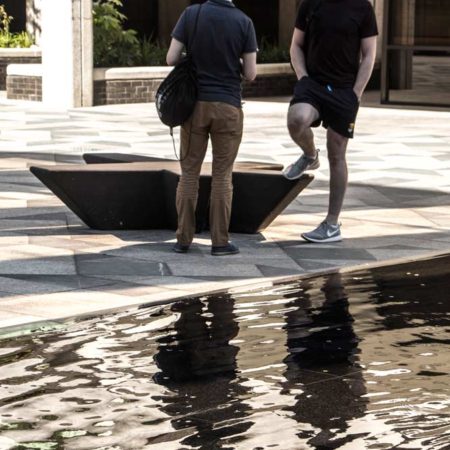 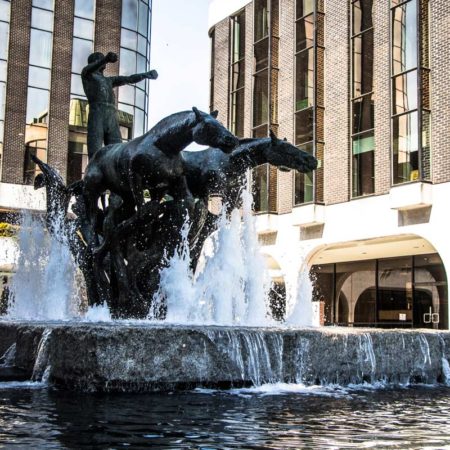 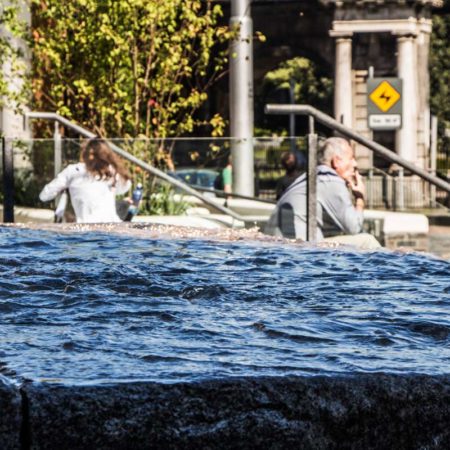 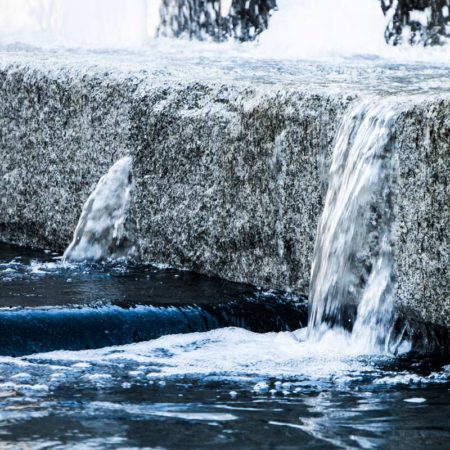 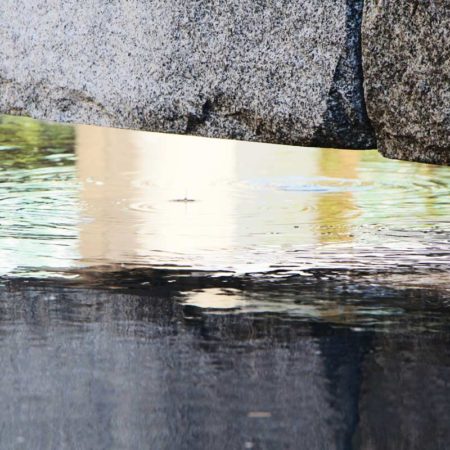 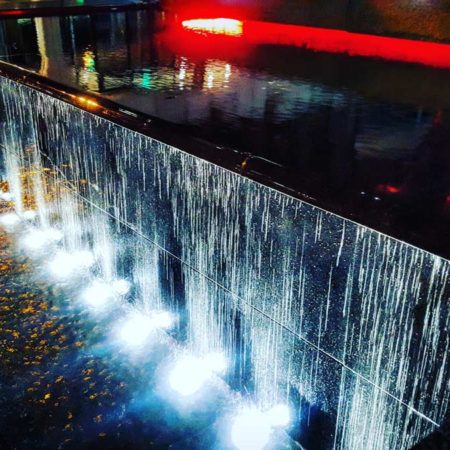 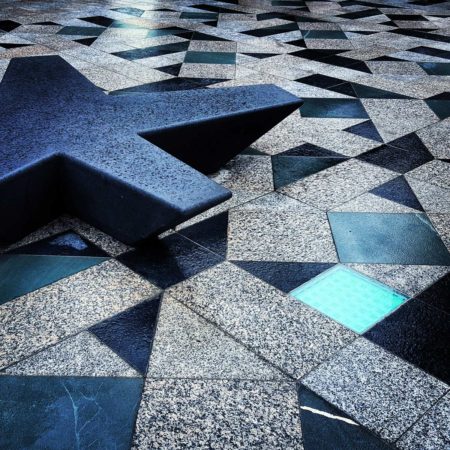 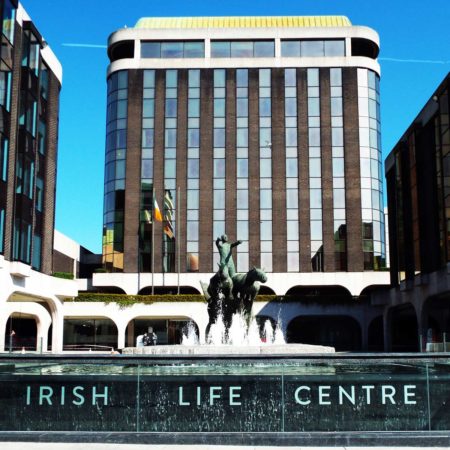 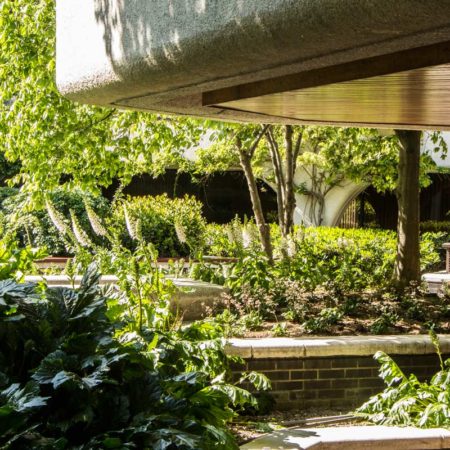 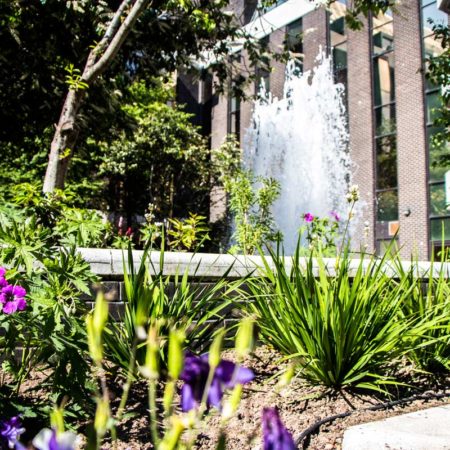 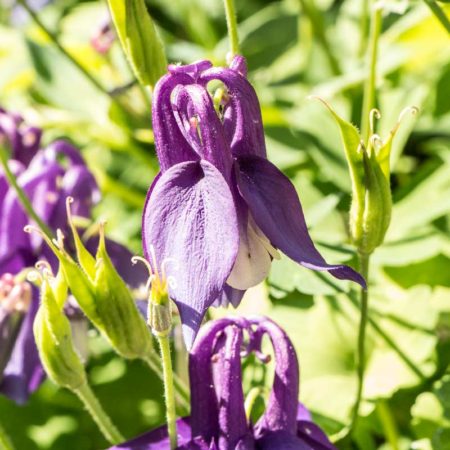 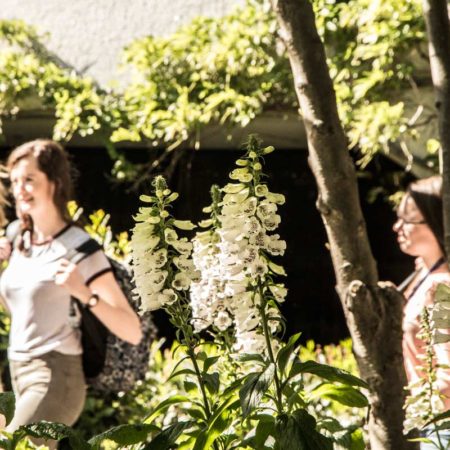 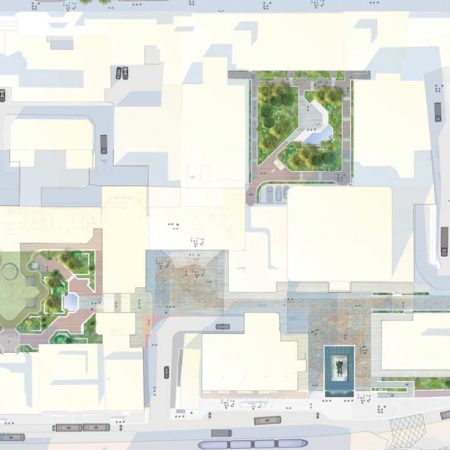 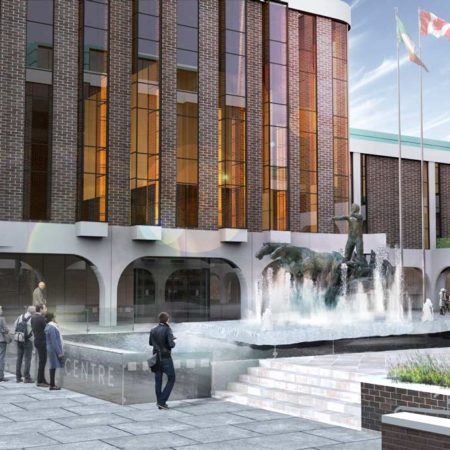 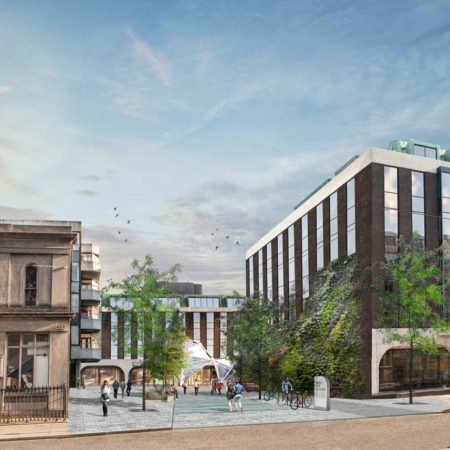 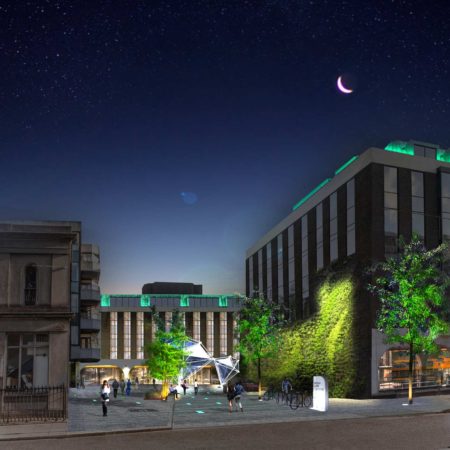 The new water feature in the main courtyard restores the sculpture to prominence by repositioning it further forward in the space nearer the passing public, and set on top of a substantial granite monolith, surrounded by water jets and mirror pool. The ensemble of sculpture, stone and water is constructed on podium slab above basement car parking, resulting in minimal available build ups and requiring an accurate handling of the technical detailing to realise the design concept. At night, the lighting scheme ties the multitude of elements together by accentuating the power and energy of the horses in a white hot light, the rider in a frontal gradient of white light and the monolith under lit by a red wash. The light tiles integrated with the paving system reinvigorate the plaza with splashes of warmer tones that pulse and move in swathes to animate the space.
Elsewhere within the site, the project involved the demolition of existing buildings to form a new public square with café and entrance feature. The historical gardens were renewed with a variety of seasonal plants, balanced by the maturity of the larger trees and shrubs which were carefully selected to be retained. 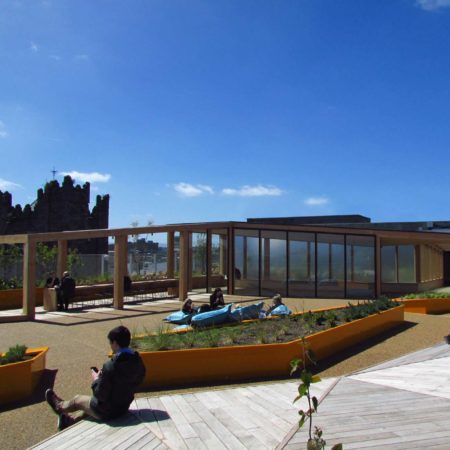