Järvabadet is a public outdoor bath at Järvafältet a large open, protected area in the western outskirts of Stockholm. Järvafältet has a long history that dates back several thousand years. In recent time it has been used as a military practice area. 1970 the whole field was opened to the public and today it is kept as a green lung for the surrounding suburbs of Rinkeby, Tensta, Kista, Husby and Akalla. The overall goal of the project is to create a gathering point for residents around Järvafältet. A part of Stockholm that struggle with rather low economic and social conditions and has long distances to natural lakes. The swimming skills are rather poor in the area and an important purpose is that Järvabadet will provide a nearby place to learn to swim. The new facility contains three pools (a 50-meter pool and two smaller pools for exercise and children), two buildings with changing rooms, showers, staff rooms, toilets, a café and treatment facilities for the pool. In addition to this, there are large open spaces for visitors to meet, play and dine. In front of the facility an entrance area welcome and lead the visitors. 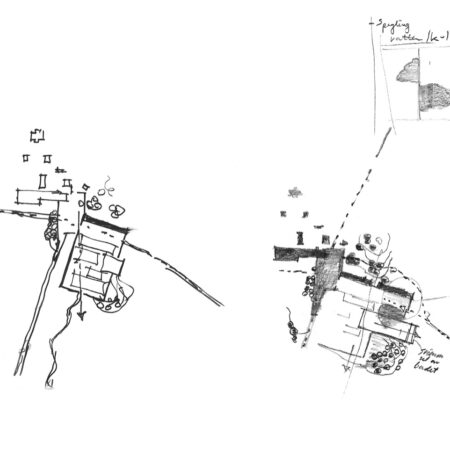 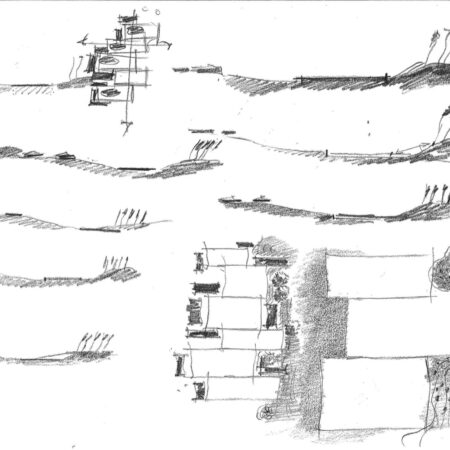 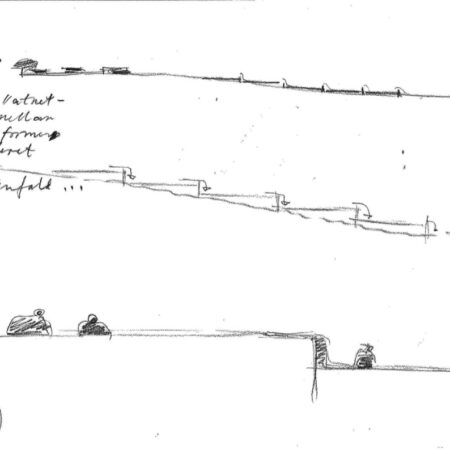 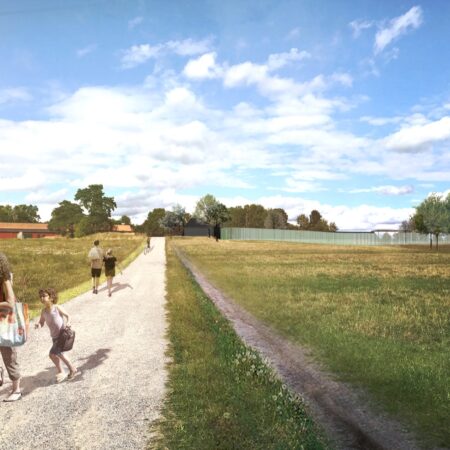 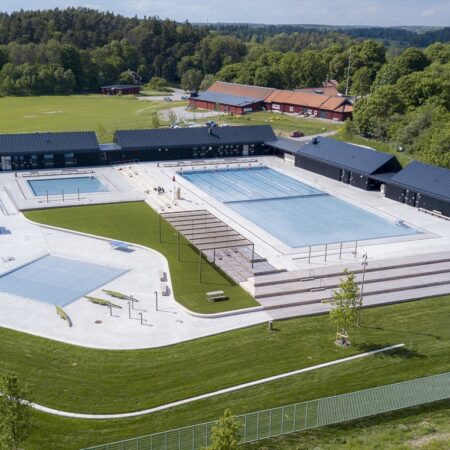 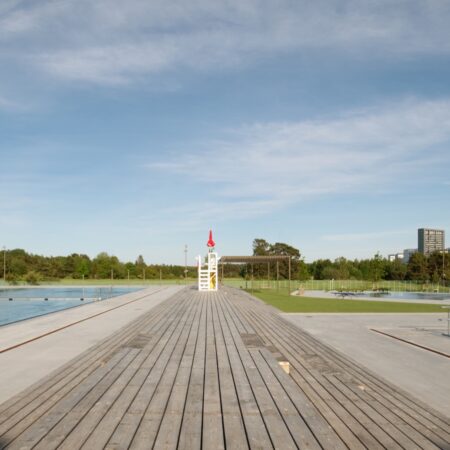 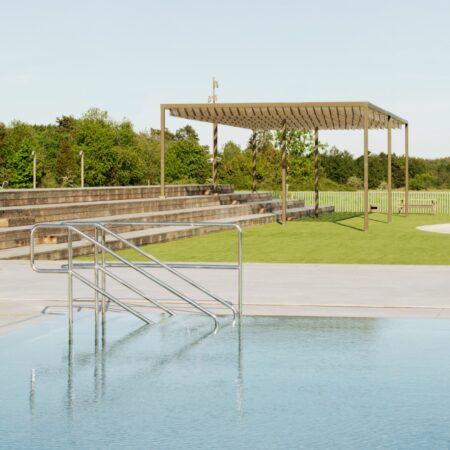 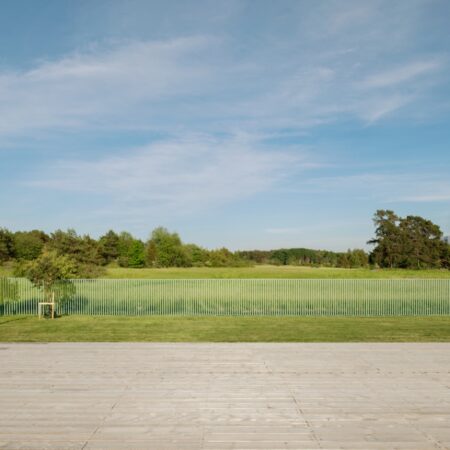 Järvafältet is an agricultural landscape with open fields and scattered groves of forest. It is dominated by open spaces and scenic views. On the large, overall scale, the location of the facility is adapted to the division and structure of the landscape. The scheme takes the existing landscape in account by adapting itself to the organisation of the old agricultural landscape. The whole bath is rotated according to the angle of the surrounding agricultural plots and is fitted in the size of one these plots.

Juxtaposed to the new bath there is an existing agricultural estate: Eggeby gård. Around Eggeby there is a large area of deciduous forest. The bathing facility is linked to this by anchoring the location with tree groves so that the existing grove and bath in the distance are merged into one unit. The location and expression of the buildings interact with farm buildings of Eggeby, where the size, roof angles and materials of the houses interact. The facility is also adapted to existing terrain conditions. The field slopes slightly from north to south and so does the facility. The three pools are located on different levels and the open grass area is terraced to optimize accessibility usability. The terraced edges are used for seating. The levels within the bath create spatially defined units and also separate the visitors of the bath.

In the smaller scale, the bath is characterized by a palette of few, robust materials that signal different functions. Around the pools and at the zones of more frequent movements, cast-in-place concrete has been chosen as a directionless, accessible area easy to maintain. Wooden decks and wooden seating furniture give a warm, tactile feeling in contrast to the concrete surfaces. Large lawns invite to sunbathing and picnics. A larger canopy provides shade. There is place for barbequing in the southern part. The choice of tree species is adapted to existing species at the Järvafältet. At the entrance area the artist Linnea Jörpeland has created an artwork that consist a sculptor of a boy and the representation of an old map of Järvafältet. The water treatment facility takes into account that some are swimming with their clothes on. Something that is important for religious and cultural reasons for some of the visitors. The entire facility is enrolled by a 2.5 meter high fence with vertical posts and ribs of the same dimension. The railing is interspersed with open, transparent parts to invite the field into the bath experience.

Järvabadet has created a new public focal point at Järvafältet, a part Stockholm that struggle with rather low economic and social conditions. Its an inclusive open space where people can learn to swim and friends and families can meet. Järvabadet becomes a well needed place where teenagers can meet during summer when school is closed and they have a need for meaningful and healthy free time. The function of the bath has stand alongside with the design throughout the whole project, which has created a bath that works for both visitors, staff and maintenance. From the opening day last summer, it has been basically full every day, which shows the importance of the project for the areas around Järvafältet. Järvabadet has been nominated for the design award “Design S” by Svensk form, one of the largest and most comprehensive architectural awards in the country.