The King Open Cambridge Street Upper Schools and Community Complex is a six-acre campus redevelopment project in the Wellington-Harrington neighborhood of Cambridge. The existing site was dominated by a low-slung 1950’s building which housed two separate schools: the King Open (Elementary) School and Cambridge Street Upper (Middle) School. The site also contained a branch of the Cambridge Public Library and a public pool complex. 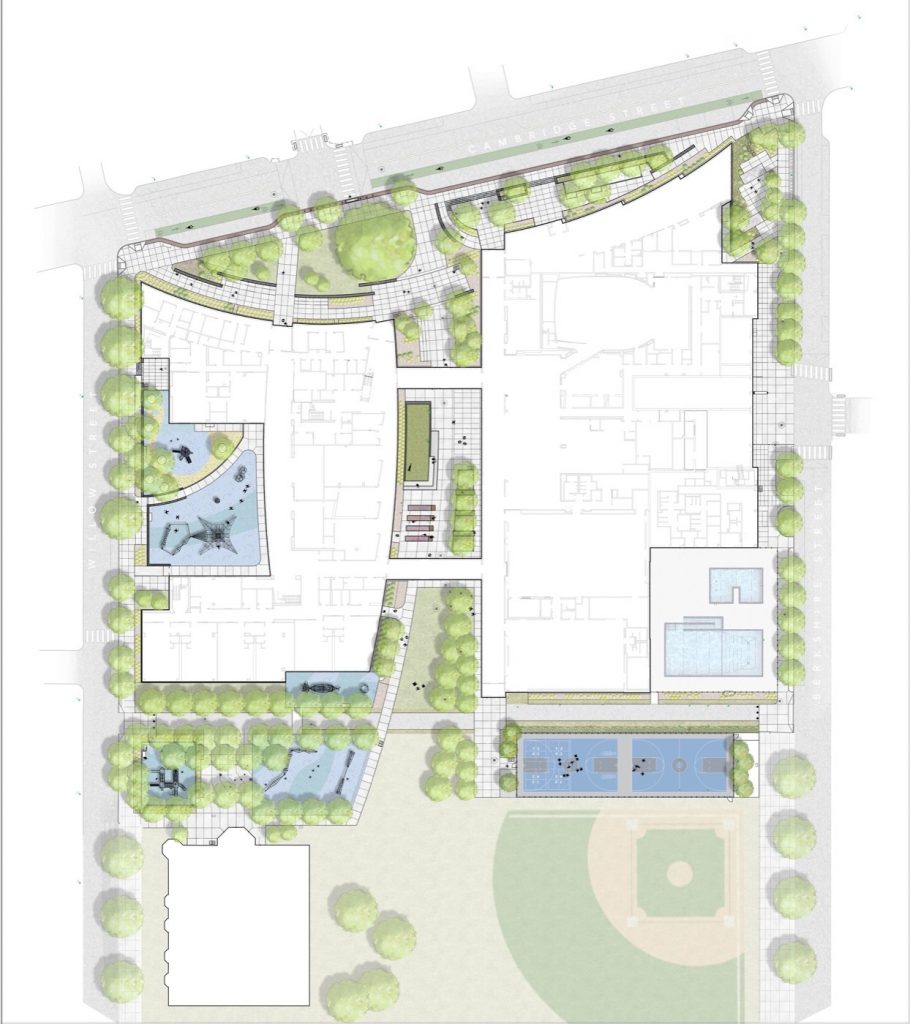 The design team collaborated with the City of Cambridge to reconceptualize the site towards the following goals: 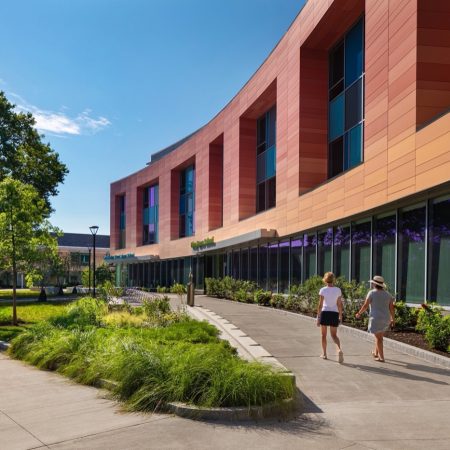 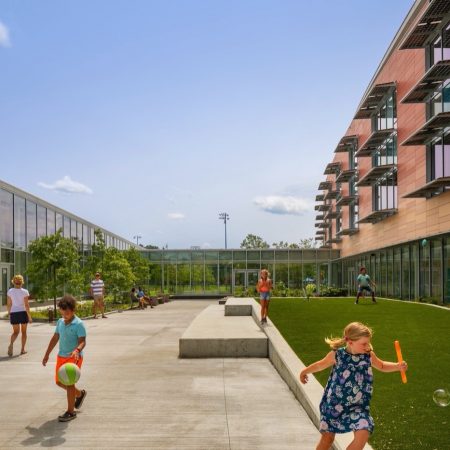 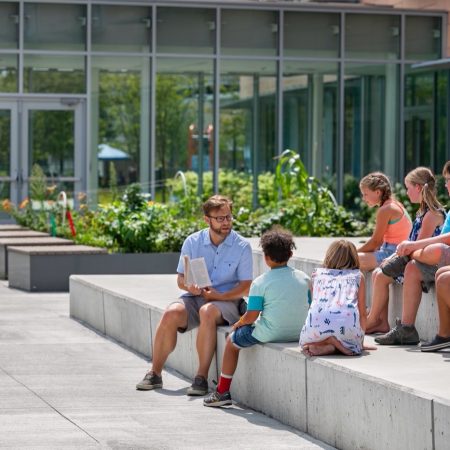 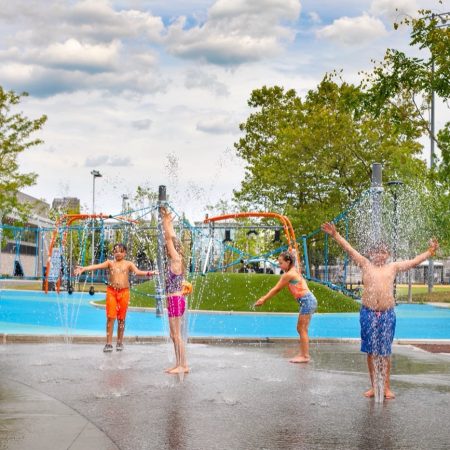 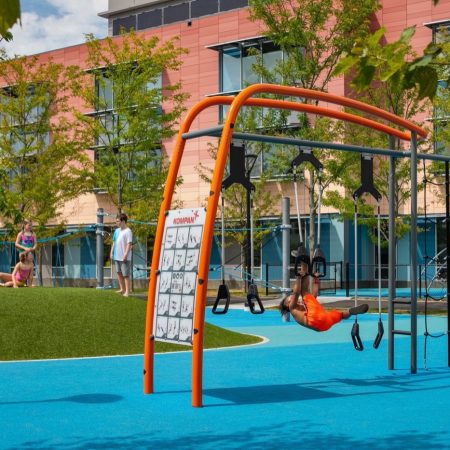 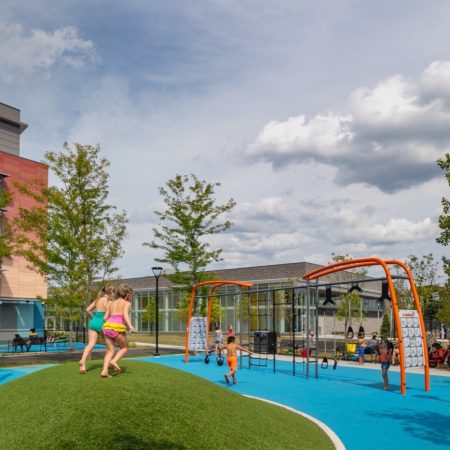 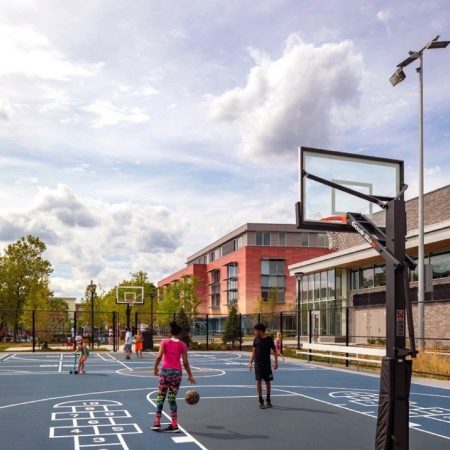 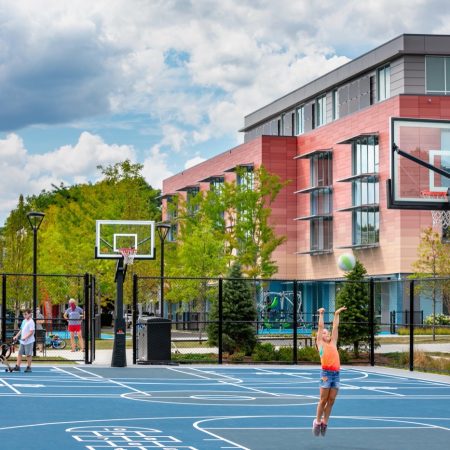 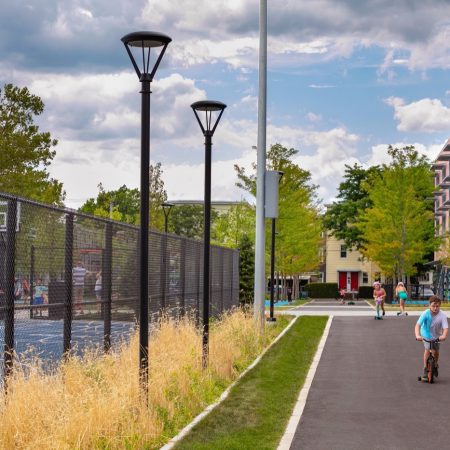 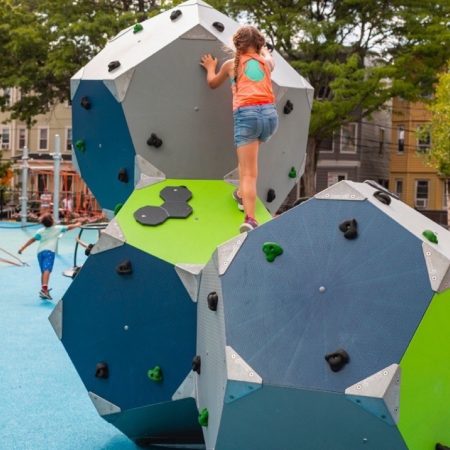 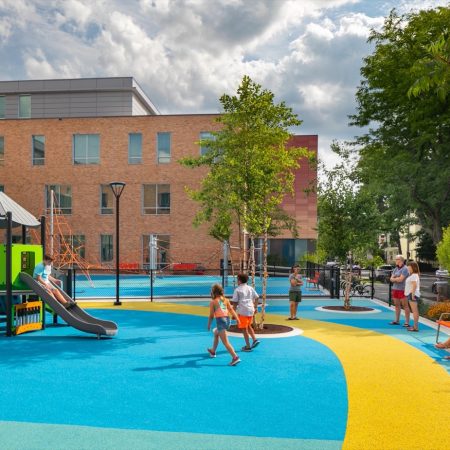 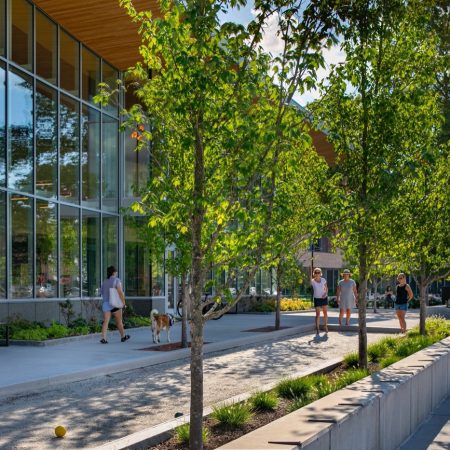 Preservation of this landmark tree became a design driver. The project team hired an arborist to provide monthly evaluations and maintenance of the sycamore (and four additional mature honey locusts that formed an allée on Willow Street) throughout the duration of the close to three-year construction period. Both the landscape design and architecture were coordinated to preserve the root zone and position the Sycamore at the center of the Cambridge Street landscape design.

The completed project incorporates 147 new trees into a series of landscape spaces that surround and flow through the new building. These spaces include: 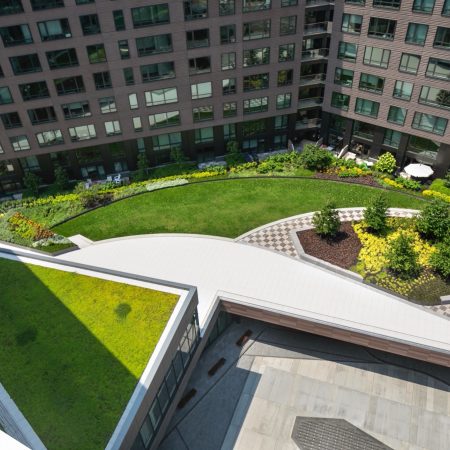