For the Bavarian Garden Show 2019 „Natur in Wassertrüdingen“, the small City of Wassertrüdingen in Germany decided to strengthen and expand its key green and recreational areas.

The result is a creation of two parks with individual characters linked by a green ribbon that runs through the city. One of them is the Klingenweiher Landscape Park (approx. 71,000 sqm) with its golden paths „Weihersteig“, an unforgettable work of art. 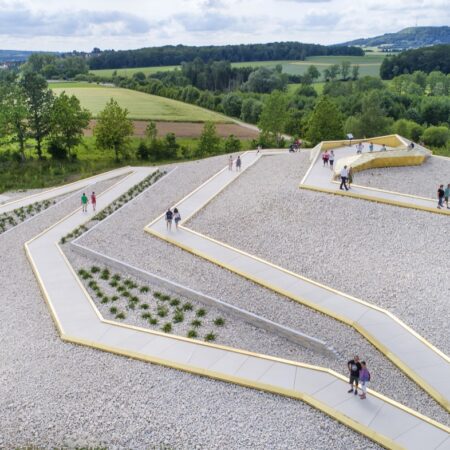 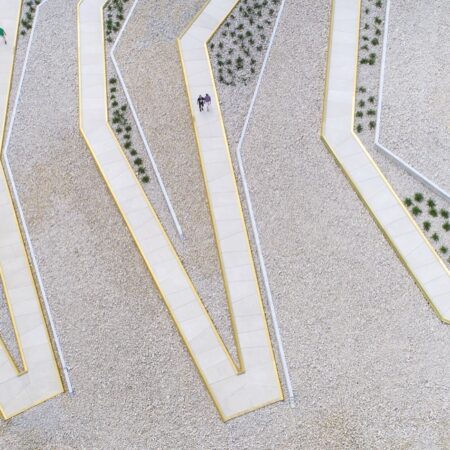 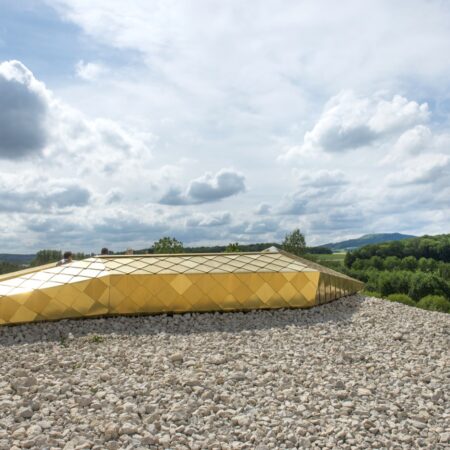 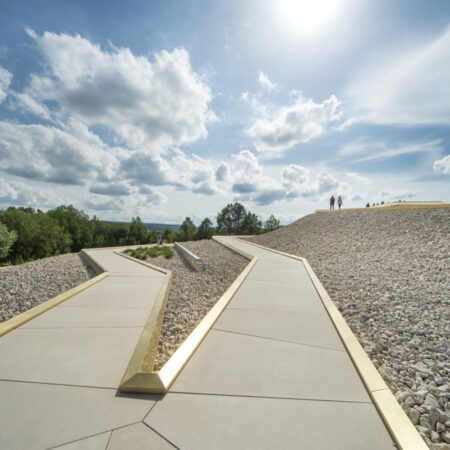 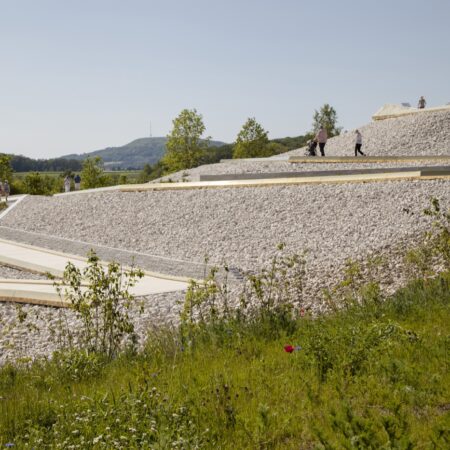 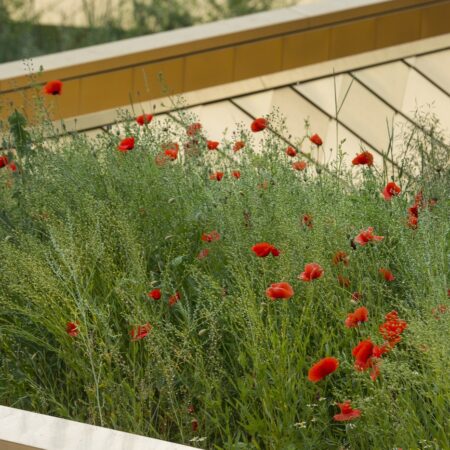 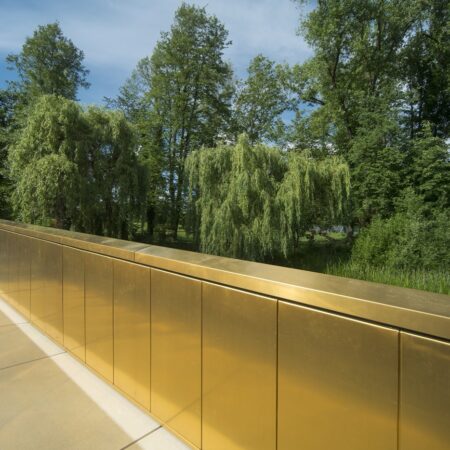 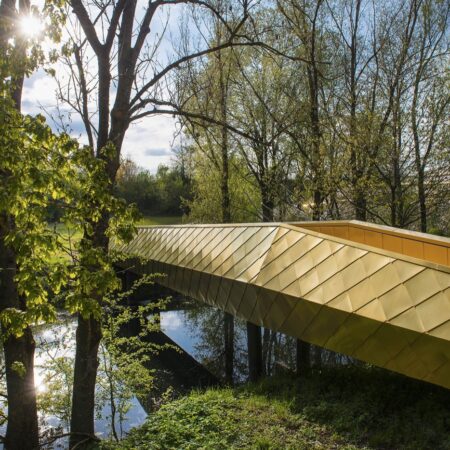 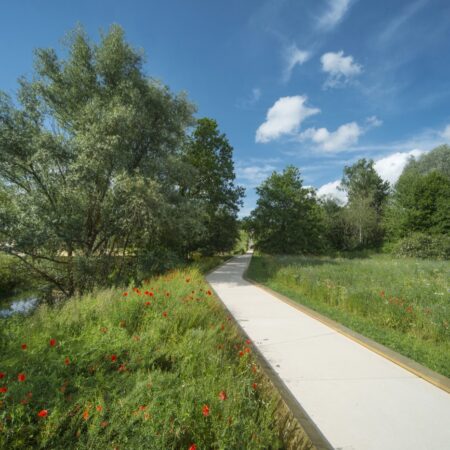 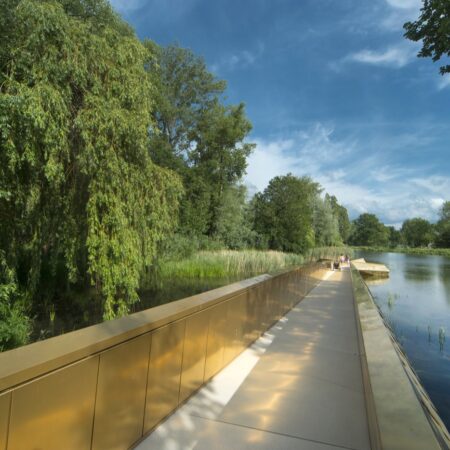 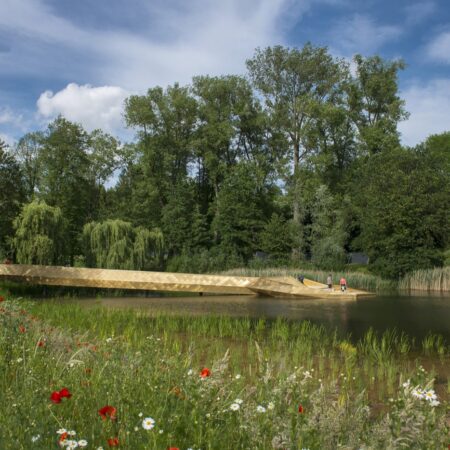 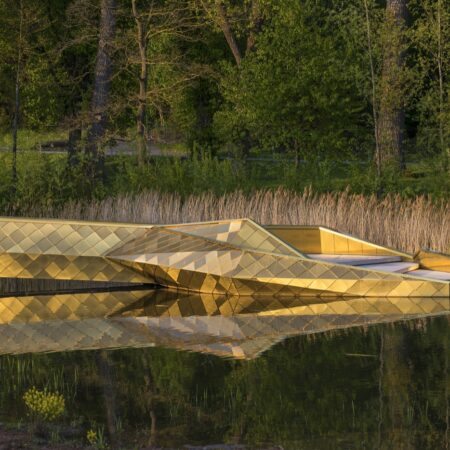 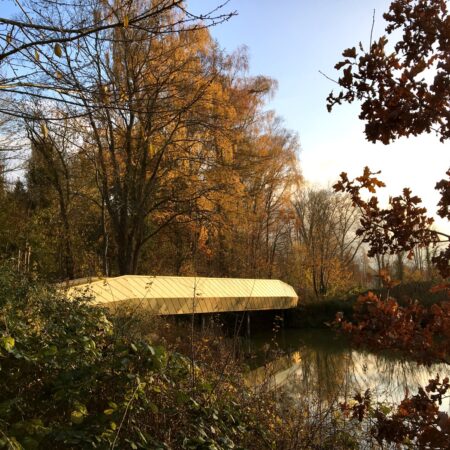 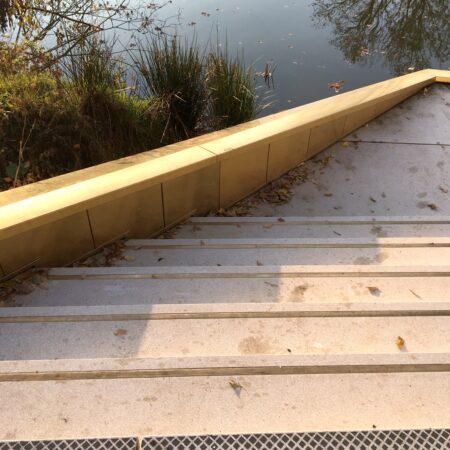 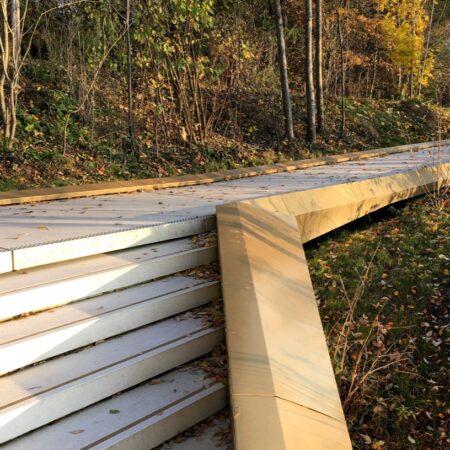 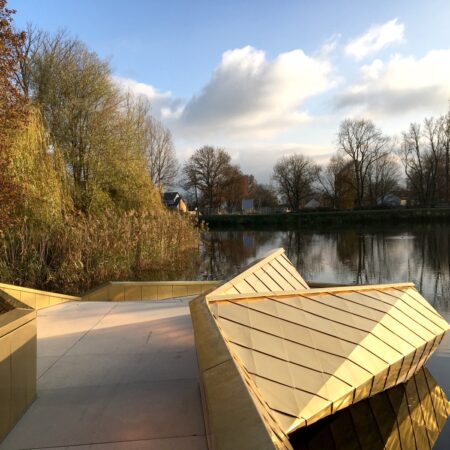 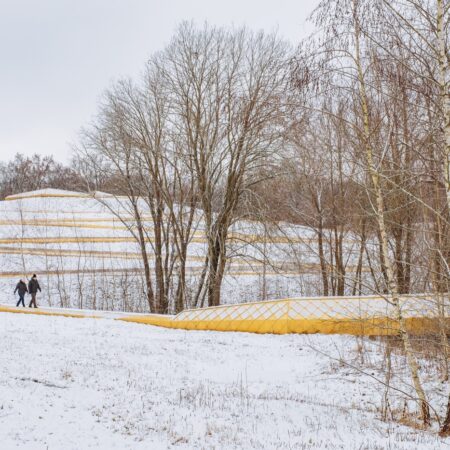 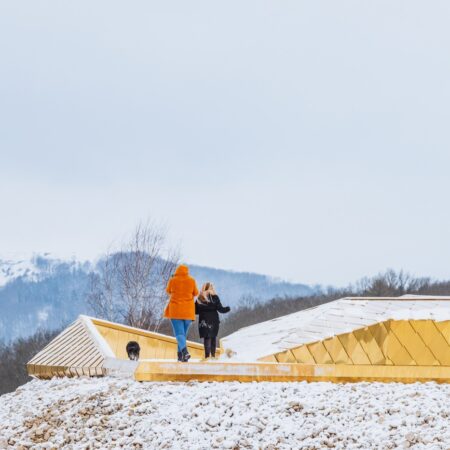 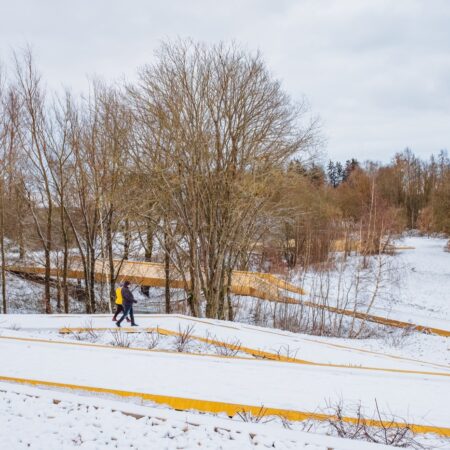 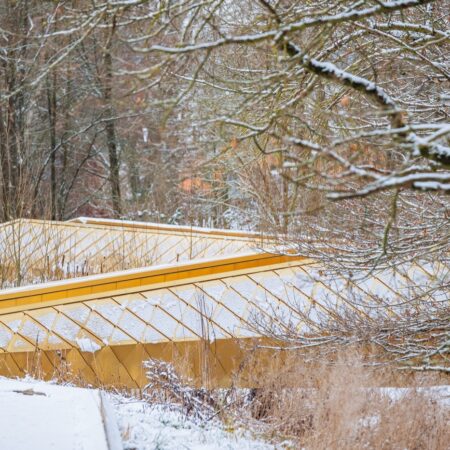 The Klingenweiher Landscape Park in the north of the city is accessed and enjoyed via a bespoke walkway (the so called „Weihersteig“), whose golden cladding accompanies it as it transforms into bridges and piers. The golden edges of the paths weave through the sequence of ponds, serving as sculptural lines between the sleek paths and the wild environment. They have given the site a distinctive new feature, which resonates both in the town and beyond. A lookout point atop a hill provides views over the entire surrounding landscape. The design directly references the nearby mountain via the adaption of a former construction-refuse heap. This new lookout point results from a few bold strokes, as in a Japanese rock garden. The elegant and unusual approach to the site generates a singular, contemplative atmosphere as meander to the top of the hill.

At the southern end of the park the golden „Weihersteig“ ends as an elegant sophisticated platform swimming in the middle of the biggest pond.

The careful yet special design of the Klingenweiher Landscape Park turned a piece of forgotten and overgrown nature into a sensual experience with a hint of art:

a former construction-refuse heap became a lookout point, the inaccessible and almost untouched environment was carefully made accessible through the Weihersteig without being significantly changed or even damaged.

The configuration of the path is influenced by a Franconian way of enjoying life. Winding its way in a leisurely manner, it leads from a platform on the lake to the hilltop lookout point. Its fine-quality, uniform concrete surface is outlined in gold-coloured metal. The continuous and precise nature of the path corresponds and contrasts with the site, forming a distinctive sculpture.

Changing year-round yet always inimitable: The angular metal edging catches incidental light and reflects back the surface of the water or the surrounding foliage. The golden sculpture of the Weihersteig is unique in every season. 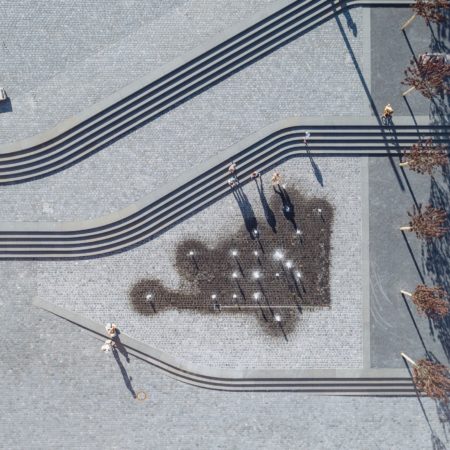 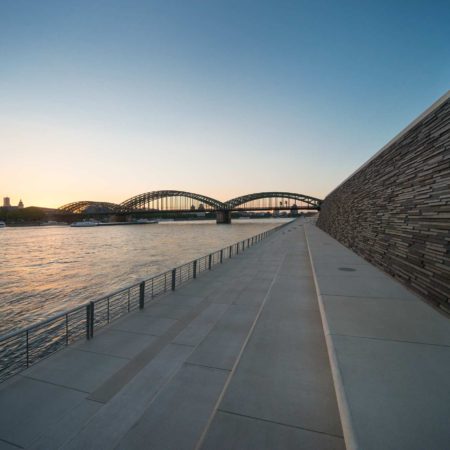