Inserted into five parking spaces on St-Denis Street between Marie-Anne and Rachel, La Vague (The Wave) is 74 wooden frames that rotate in three degree intervals, suggesting the motion of a wave hitting the pavement. The seven shades of blue used in this artistic installation are reminiscent of a wave’s colours seen in daylight. Forty misters, integrated into the structure, are activated by a magic eye, offering an instantly refreshing sensation. This feeling is created by a rise in the percentage of humidity in the air that decreases the ambient temperature, all without a single water droplet.

Conceived in San Francisco in 2007, the Parklet (small park) temporarily expands a sidewalk into parking spaces, creating a private or public space for relaxing and socializing. The term “placottoir” (a place to chat) is generally used in the Montreal area to describe a public space that is given back to pedestrians. 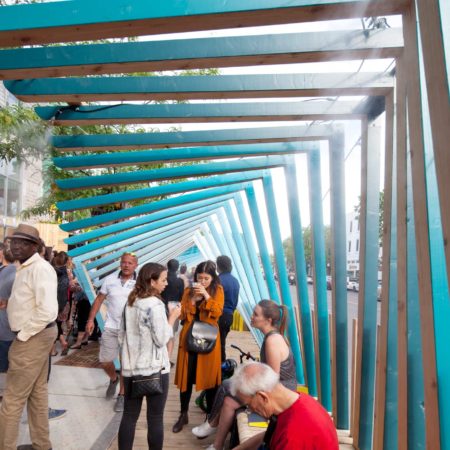 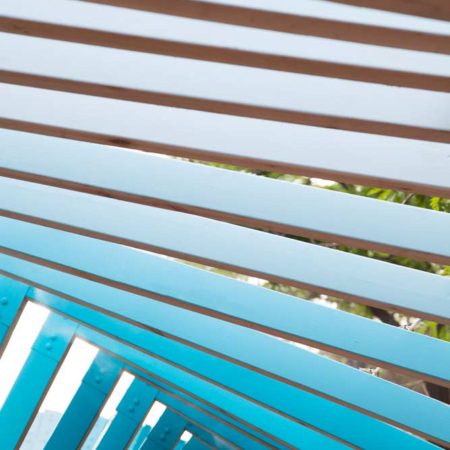 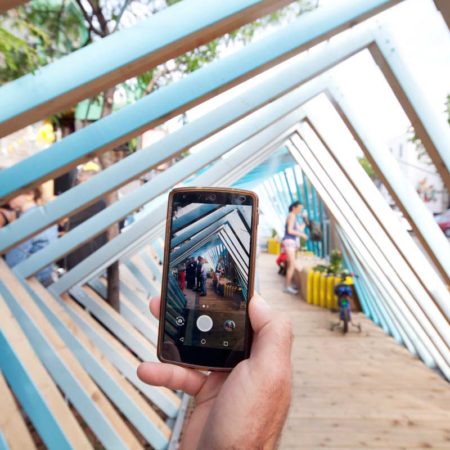 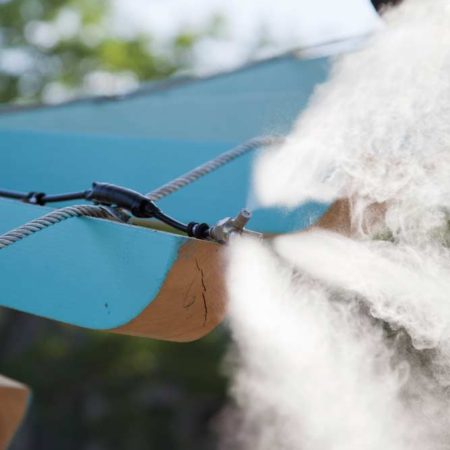 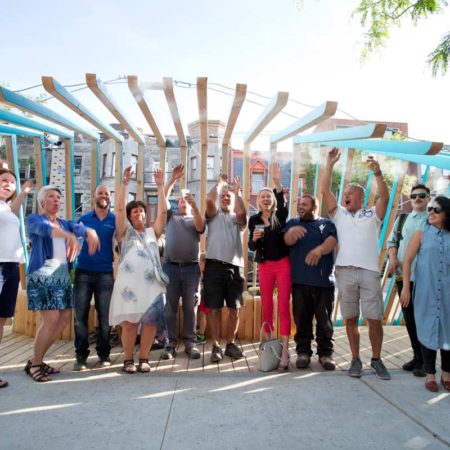 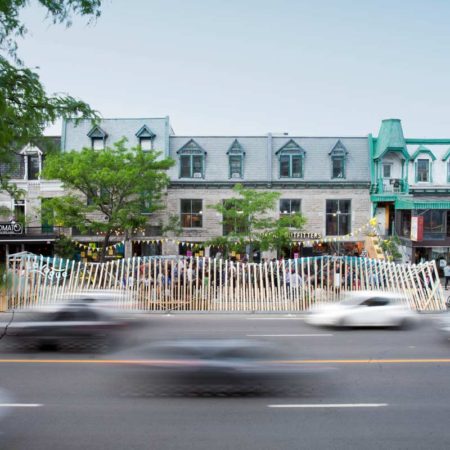 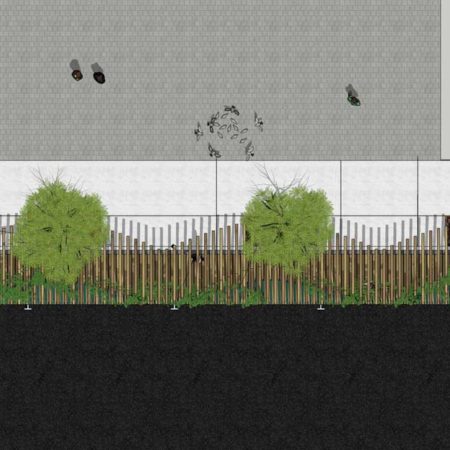 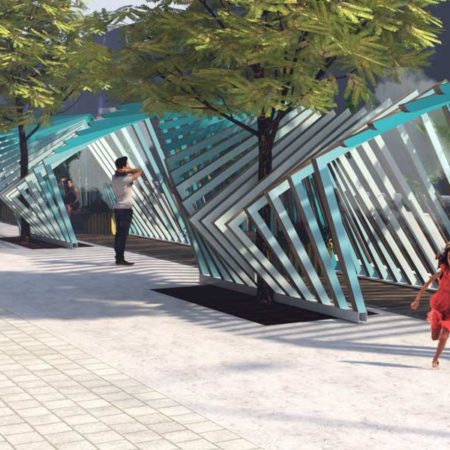 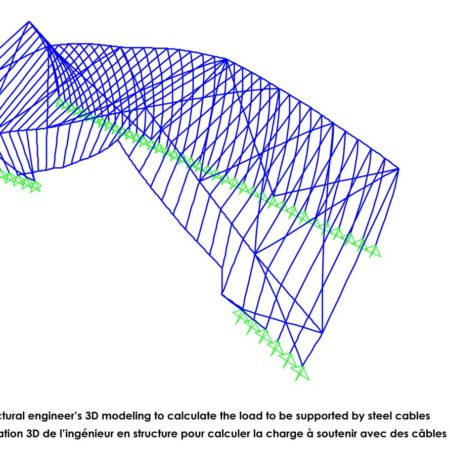 The refreshing stop is a place to pause and rest. Recently developed in Europe, it refreshes thanks to the introduction of misters that decrease the air temperature by approximately 5 degrees on hot summer days. This type of installation is seen primarily under awnings on private commercial terraces, but it is beginning to appear in public spaces as well. To date, it doesn’t appear to have been installed in parklets in Canada, or North America.

The misting system consists of 45 nozzles that use 0.0222 litres of water per minute. The cistern holds 415 litres (110 gallons) and provides enough water to last for one 12-hour day of use. A rain detector allows the system to be turned off and prevents the wasting of water.

The Mayor of the Plateau-Mont-Royal Borough of Montreal, Mr. Luc Ferrandez, came up with the idea of combining a refreshing rest stop with a Parklet. He entrusted the project to Anne-Marie Collins, manager of innovative and special projects in the borough who retained the Montreal firm of Arcadia Studio to design and implement this first placottoir with misters in Canada.

In the concept phase, Arcadia Studio landscape architects decided to take an artistic approach for the project and to enrich it with a playful component that would generate an action-reaction effect. Being in the form of a corridor 2.5 metres wide by 22 metres long, the idea of energizing the passage by movement, – recalling the long tunnel of a wave – has emerged as the key element of the installation. It is the work of an upstream multidisciplinary team that has allowed the design to be pushed further. From the beginning, the talent and expertise of the landscape architect, the structural engineer, the recreation and misting experts, and the graphic designer to realize this innovative project were put together.

La Vague is a Plateau-Mont-Royal Borough project that provides a refreshing, but also artistic, playful and social experience. It contributes to the greening of a commercial artery and testifies to the principal mission of Arcadia Studio: To put people at the heart of our concerns.