In today’s world, where works of creation are not permanent and everything develops in a logarithmic scale, we perceive that most creations are abandoned to an effervescent existence. A way of thinking that comments on how the capital makes all decisions, how the time or speed between supply and demand directly defines added value and what we are harvesting as a result of what kind of a story in the now is an appropriate definition of the labor that the Lal Design Team sets forth. Importance is given to preserving our human and behavior centered approach focusing on sincerity, comradeship and individual awareness for the sustainability of this philosophy. As a result of a production processes that make intensive references to the “blindness of the disengagement between what is real and what is perceived”, which can be called the epidemic of the ages, the state of the participant, who gives a hand to the carrying out of the work, not becoming alienated to himself/herself and the product of his/her labor is solidified with a communal practice. Naturally, this results in an outcome that makes everyone say: “Well done!” 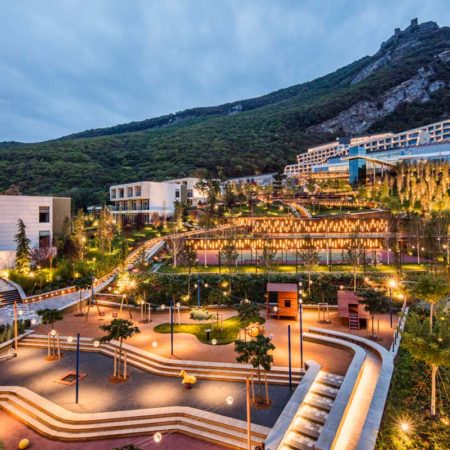 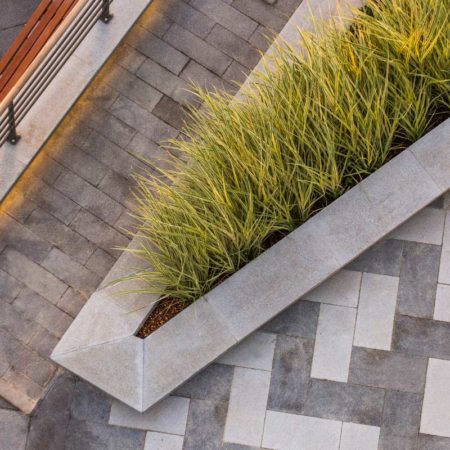 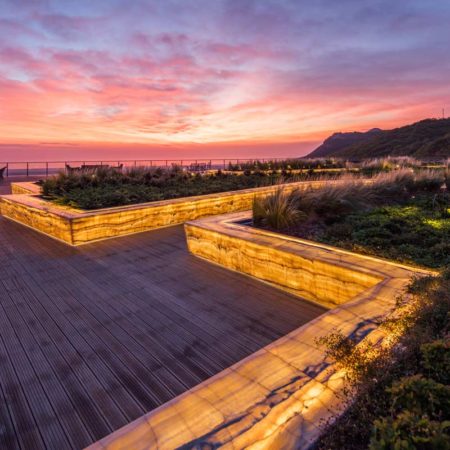 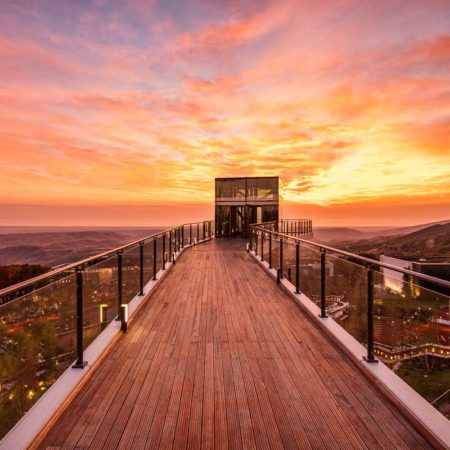 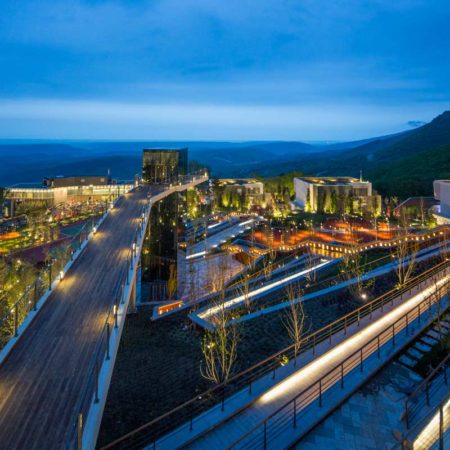 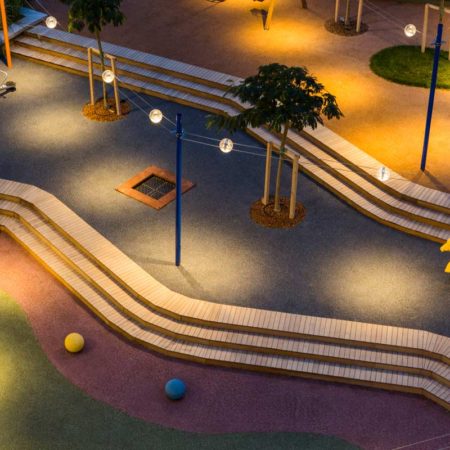 The project, which is a modernized version of a hot spring facility of a high altitude of 800 meters with its healing waters of the regional fame in Baku, is primarily a center of healing and secondarily a center of tourism. Within this scope, the project is evaluated as of a higher segment than a tourism structure. The landscape project of Qalaaltı Hotel & Spa center, which is spread over a site of hectares, was designed as a garden that can answer the needs of the users, taking into consideration that people who come as a result of their complaints question themselves and meditate during their process of benefiting from the healing capabilities. More than ten micro sites located at different spots of the garden were designed for this need. The site is defined by its activity areas such as outdoor sports and fitness, biological pond, spa, thematic gardens consisting of different perennials and the endemic hornbeam forest shore completely surrounding the stream and its proximity. Biological measures were taken against any pests coming from this fauna that can harm the new landscape environment and a full success was achieved with a bacteria that only fights caterpillars and other pests and harms no other living creatures.

Public Park Dedicated to the Memory of Haydar Aliyev / 45.000 sqm_Baku-Azerbaijan 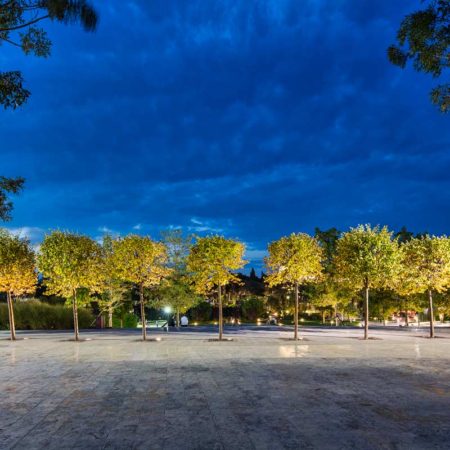 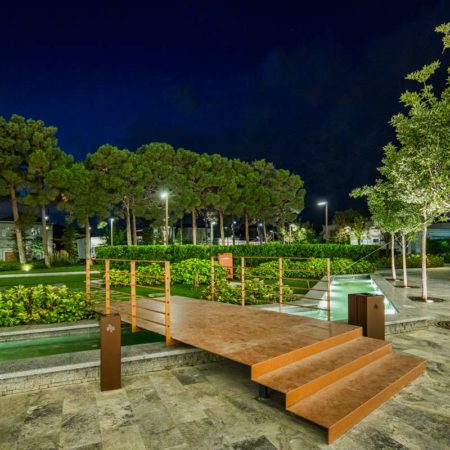 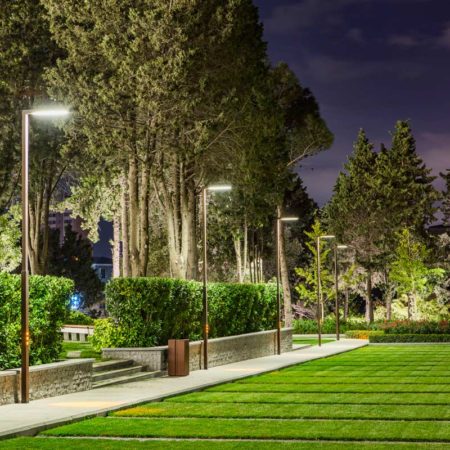 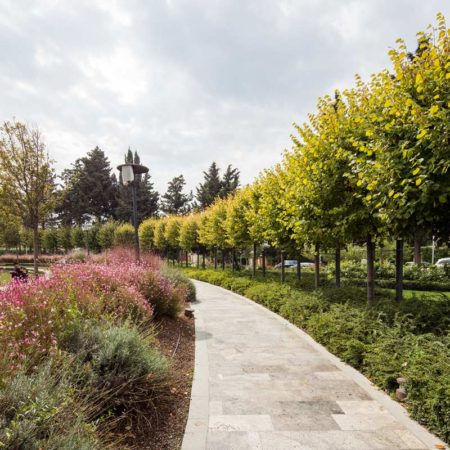 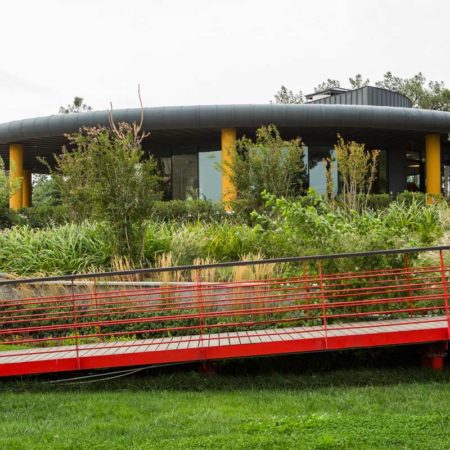 “A street and a park” came into being with the efforts of a team consisting of designers and architects including 45 main actors in a short period of time that is less than a year on a six hectare space that can be considered quite large at the scale of the city it is located in. Contrasting colors that would interrupt the grizzly, yellow and monochromatic atmosphere of the city were used in the designing of the space. It was particularly aimed for the colors to create a different visual memory and understanding for the children that would be visiting the park. Constrained areas were defined for different age groups and as a result, 10% of the park in such a condensed topography was provided for the children to play games. In the general illumination design, it was contemplated for the light intensities to differ according to the spaces they were located at and their functions. An 85 meter promenading platform was designed for the region at the north end of the park with the most vertical slope topographically. A water volume of a 900 ton capacity was designed in different forms and presented for the perception of the visitors within the park. An arrangement in which 130 tons of water flowing from each of the five waterfall branches divide the park traversely with the help of rhythmic cascades from a height of fifteen meters was made. 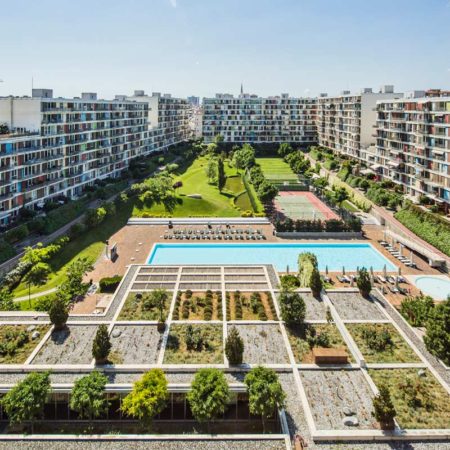 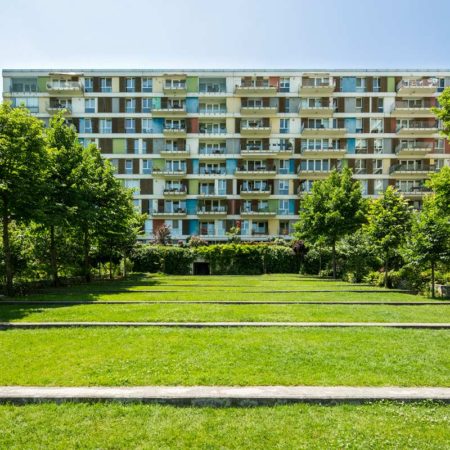 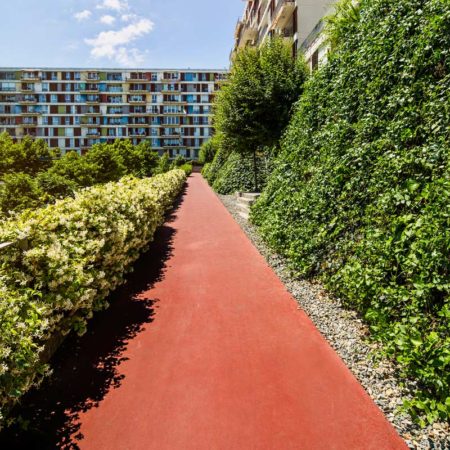 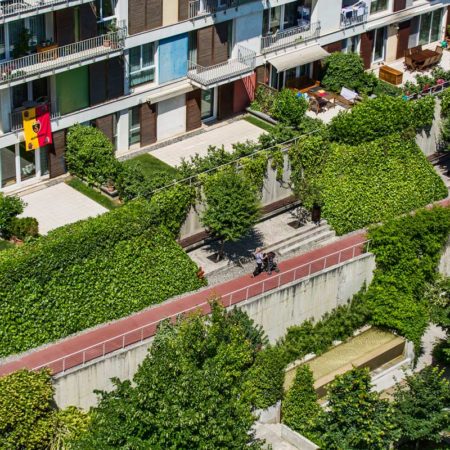 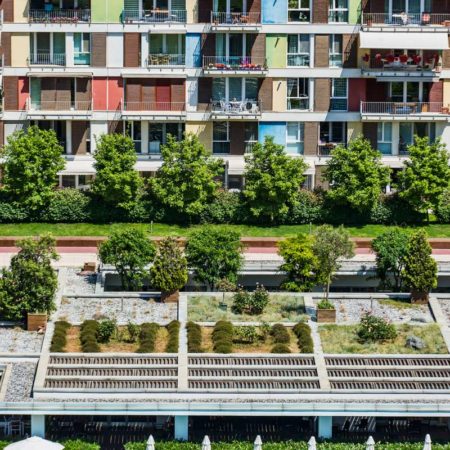 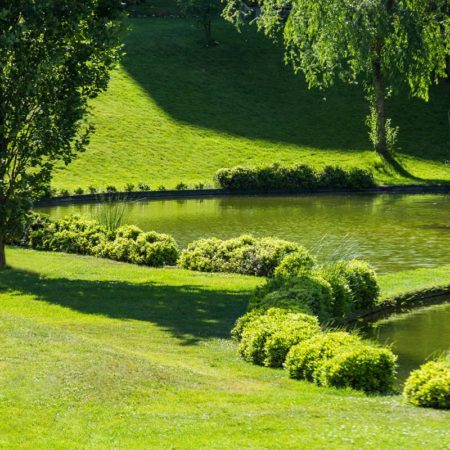 Evidea, which is a project by Emre Arolat, Nevzat Sayın and İhsan Bilgili, is the first landscape project in Turkey designed with the “Modern Hortus Conclusus” approach. The internal yard that is enclosed and where crops are raised, surrounded by the residential blocks, has a landscape designed with the idea that the residents will spend all their lives here. The Evidea Residences constructed in Çekmeköy, one of the regions of Istanbul that have recently been zoned for construction and is rapidly developing, and in an environment where there are new residential structures and potential residential areas, was handled with an arrangement that is different than the conventional housings rather than on a parcel scale. The large space in the middle of the residential blocks has been turned into an uninterrupted internal space with special space in the peripherals and common spaces in the lowered mid-section. The project sitting on a land of 34 decares has been shaped with a holistic mass structure that encloses itself.