Leimuniitty is an internationally recognised example of modernist garden design designed by garden architect Jussi Jännes in 1959. The starting point for all new design was the restoration of the historical landscape and subtle renewal of structures following Tapiola’s clean-lined modernism. Prominent materials; concrete, wood and steel were used in installations. As Tapiola will be considerably redeveloped in the near future new activities and installations were included, such as new pedestrian and bicycle bridge, terraced seating area and exercise area with a long bench. They are all connected with the landscape embankment placed in the middle of the park to prevent seawater and storm water from accessing the town centre. The embankment hides extensive amount of underground infrastructure such as pumping stations. 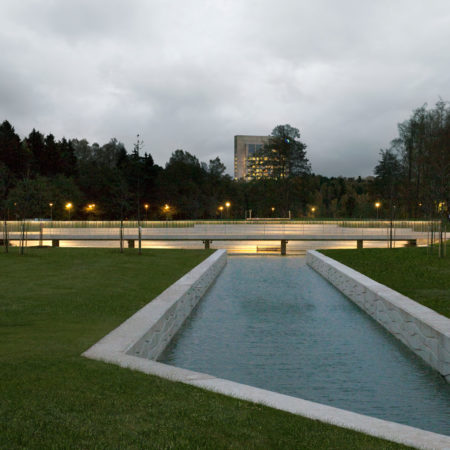 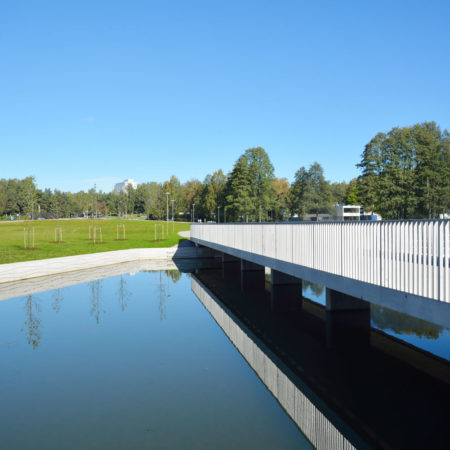 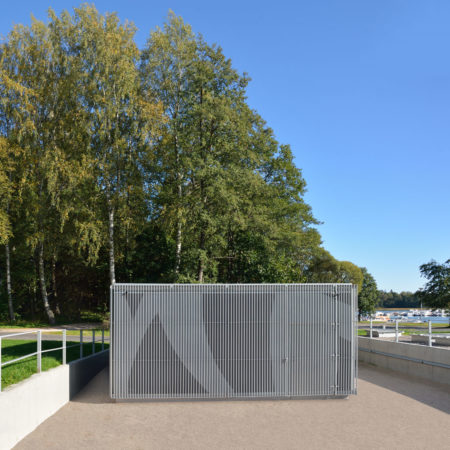 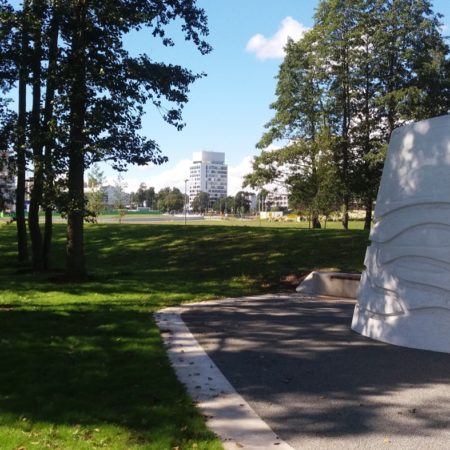 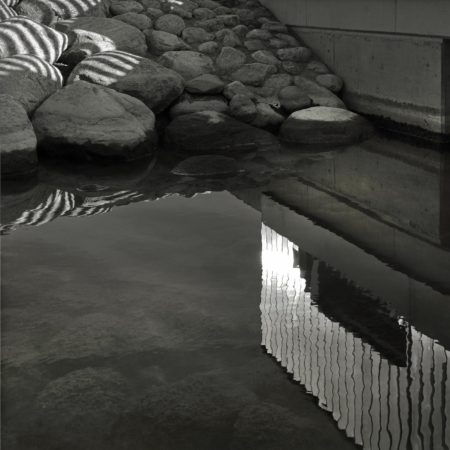 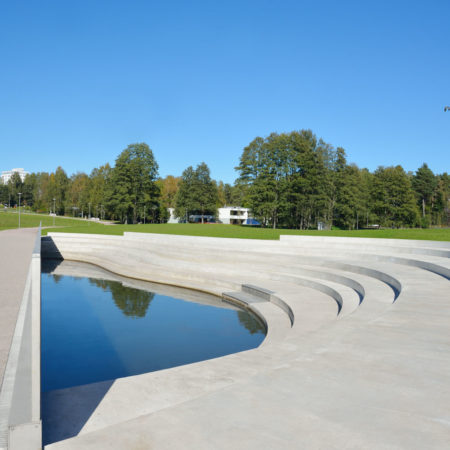 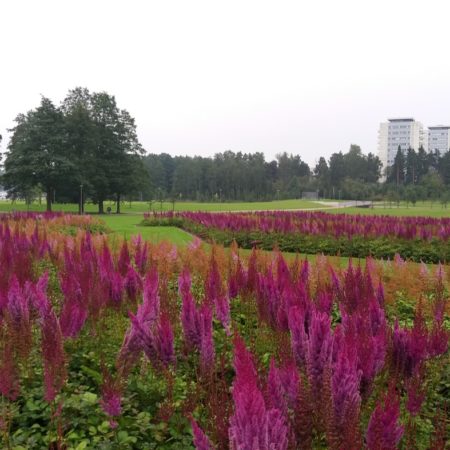 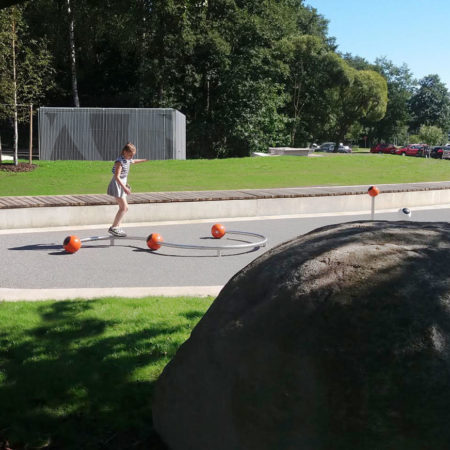 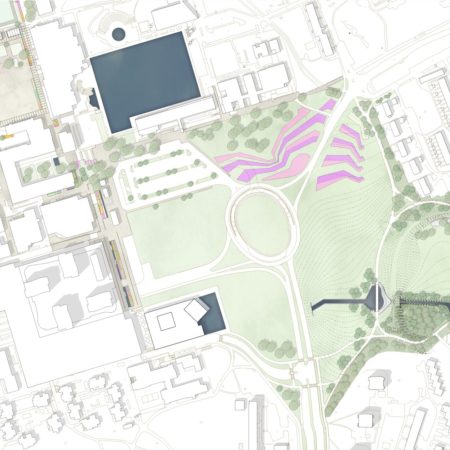 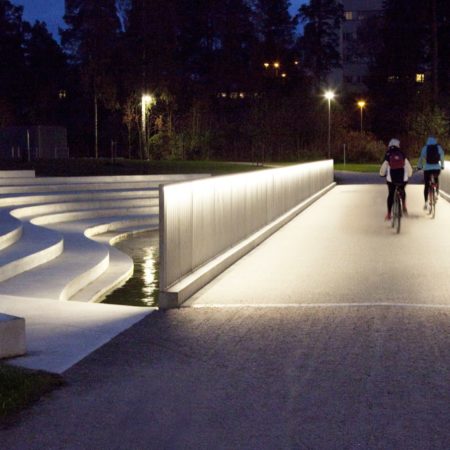 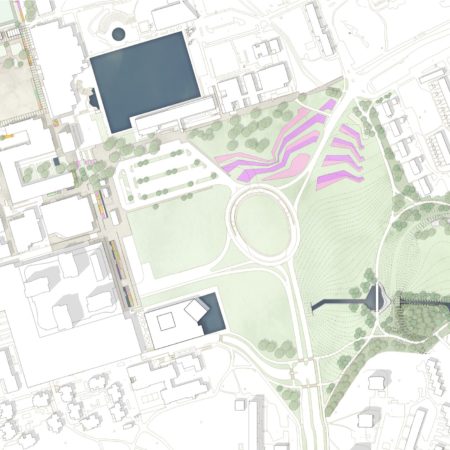 The large groups of perennials that were removed in the 1990s have been restored in accordance with the original theme and bright colours functioning as a signature of the Tapiola garden city. The landscape, a large spatial composition, which is viewed from many different directions, plays again an important role in the appearance of the garden city’s centre.