In most cities, skate parks are still being built in the outskirts, in order to avoid potential conflicts between skaters and other public space users. They are hardly ever integrated into their environment, resembling an isolated set of strange artefacts that have been simply placed somewhere. The distance to the city, as well as the difference in shape with respect to traditional public spaces, keep skate park users and city residents apart and impede any interaction between skate parks and the urban landscape that surrounds them. 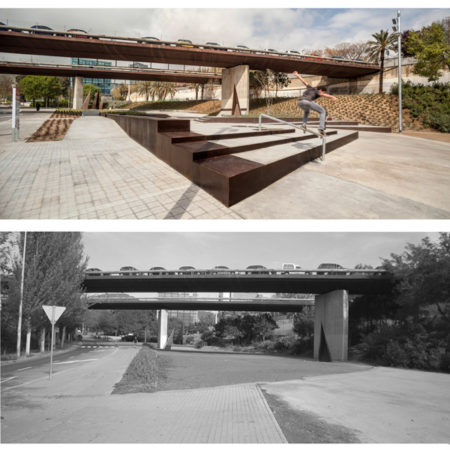 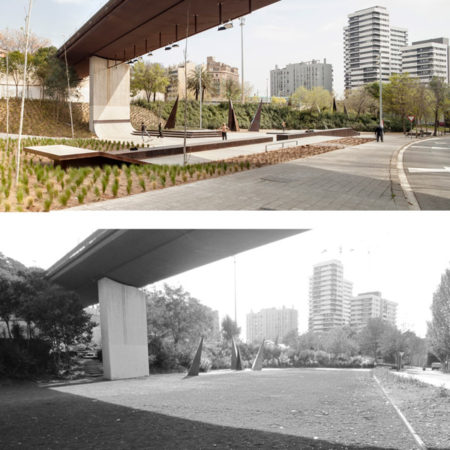 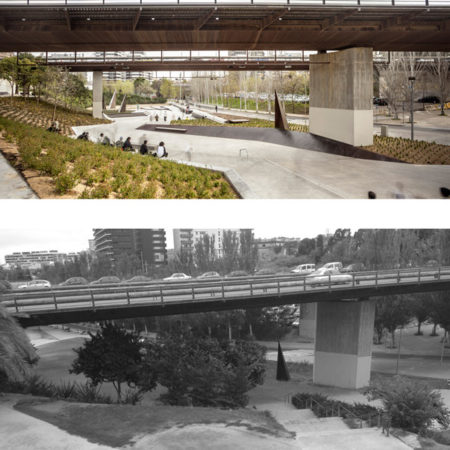 The Landskate Parks have changed this dynamic and have become a new and contemporary alternative of public space. They are not a sports area, a street, a square or a park…they are meant to be all these things simultaneously. These new meeting points unite both skaters and pedestrians, encouraging their interaction and helping potential conflicts not to arise. Their users are not only youngsters or adults who rekindle or continue their passion for skating, but also children who skate for the first time and parents that accompany them and increasingly, tourists from all over the world that come to Barcelona who are amazed by the immense street style possibilities the city has to offer.

It’s important for skaters and passers-by to find their own space, in order to feel comfortable. The skating elements have to be technically suitable and well adapted to all disciplines and levels, but not only that: the facilities have to be perceived by all as a part of the city through which they walk. In these Landskate Parks, all the elements are interconnected and they generate more complex systems that establish direct continuity with their environment. These new public spaces are not seen as isolated objects in the landscape, but as a non-detachable part of the area in which they are placed. They take on the textures and colours around them, connecting with the existing routes and allowing vegetation to approach them and embrace them.

Since their opening day, the Landskate Parks of Barcelona, have become a meeting point, as well as a point of reference for all generations and user disciplines. They have respected and revitalised the areas in which they have been built and have quickly generated several new and rewarding social and urban dynamics.

Aureà Cuadrado Urban Sports Park is set out entirely as a skate square. The initial program requested the replication of a few famous skating spots from the city of Barcelona: the Macba wall, the platforms on Paralel, the curved tables at the Plaça dels Països Catalans or the slanting surfaces in Arc de Triomf. The project works within the limits of scope of intervention, making use of changes in level and retaining slopes, in order to place the skate elements, which are linked together according to a common sequence and language. In order to establish a strong continuity link with the surrounding landscape, the interior routes of the park remain untouched, the existing vegetation is brought closer to the interior and the materials used for the project are the same materials previously used in the area: concrete and Corten steel. 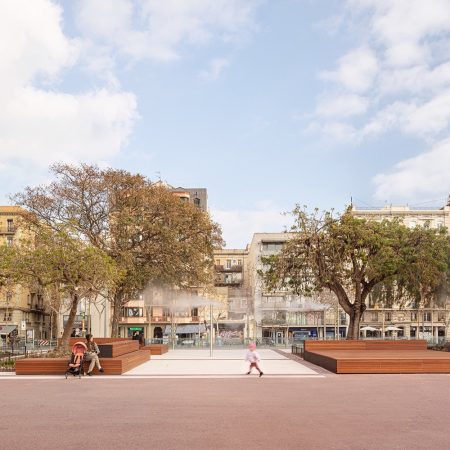 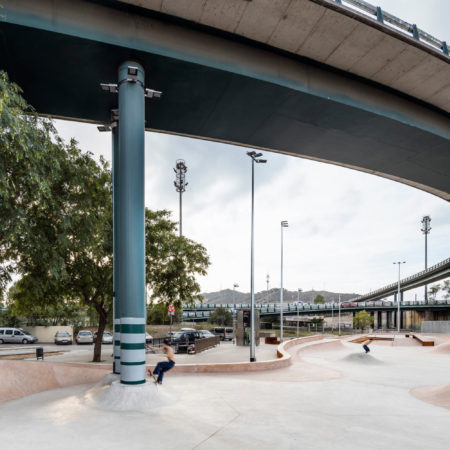