Right on this place in Etretat the famous French actress, La Belle Époque, Madame Thébault decided to create a garden, planting the first tree in 1903, she was inspired by one of the founding fathers of Impressionism – an artist with a passion for gardening Claude Monet. 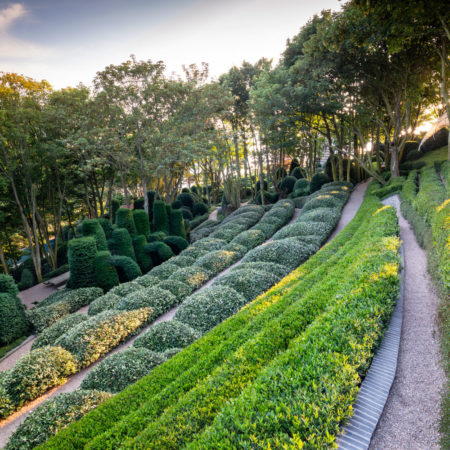 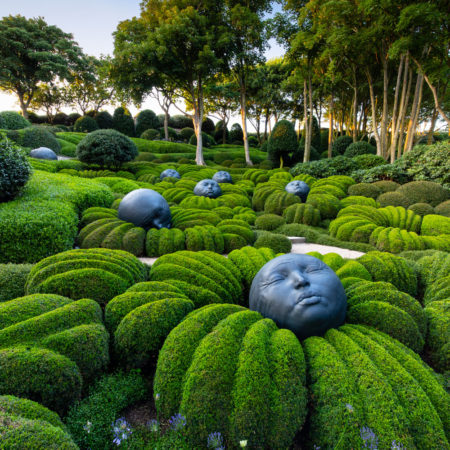 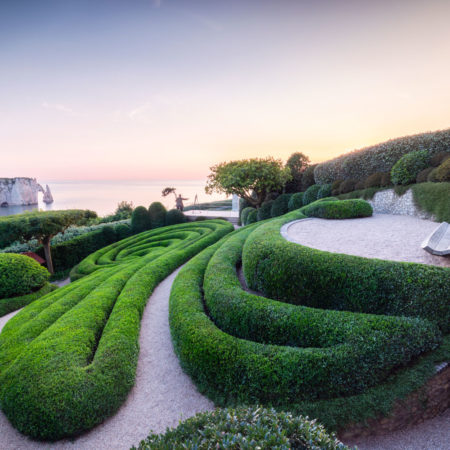 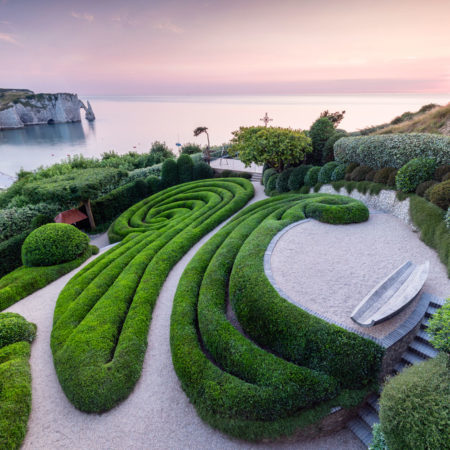 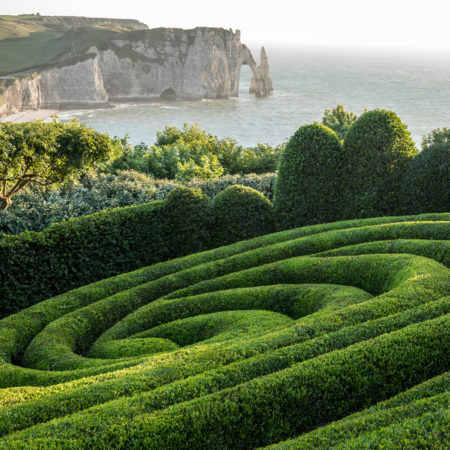 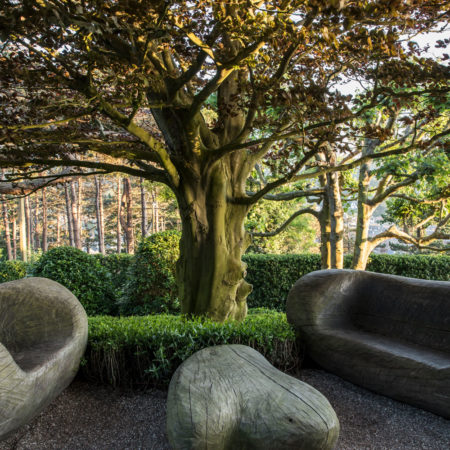 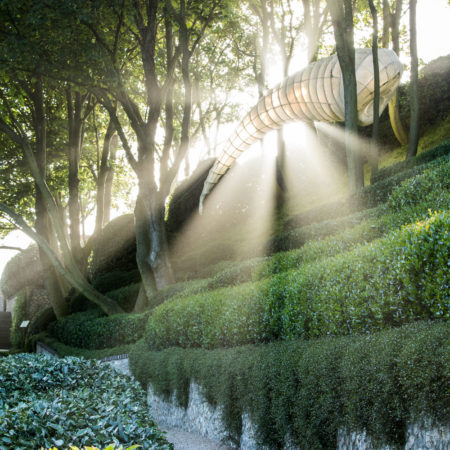 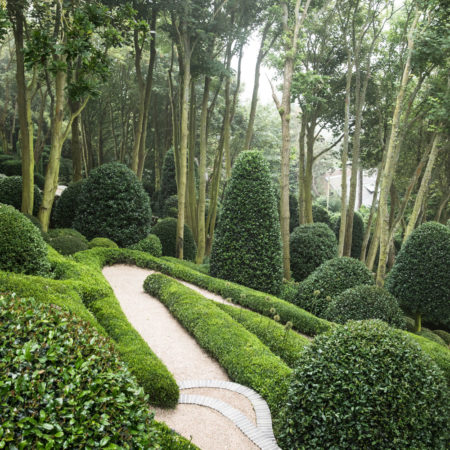 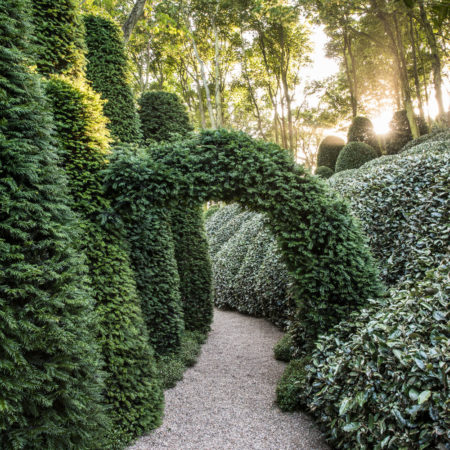 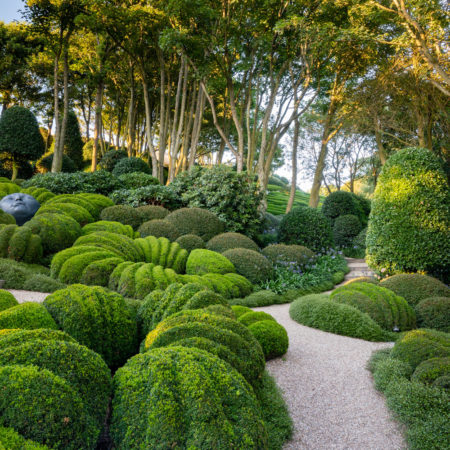 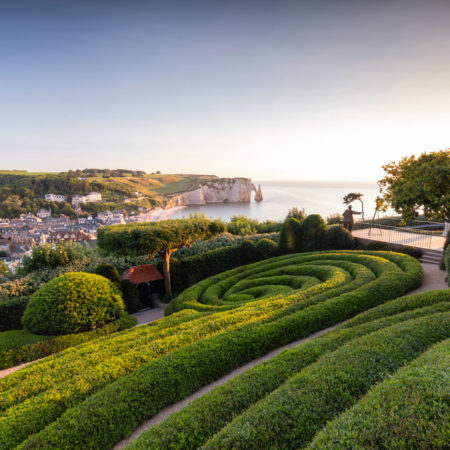 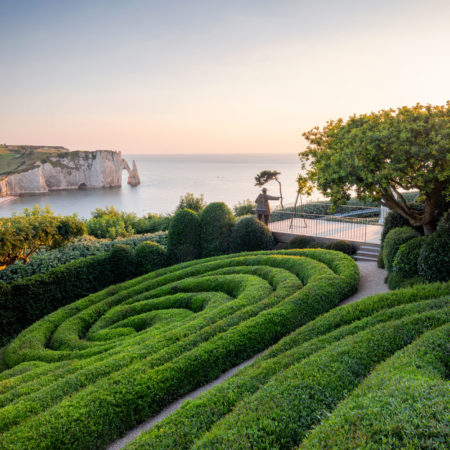 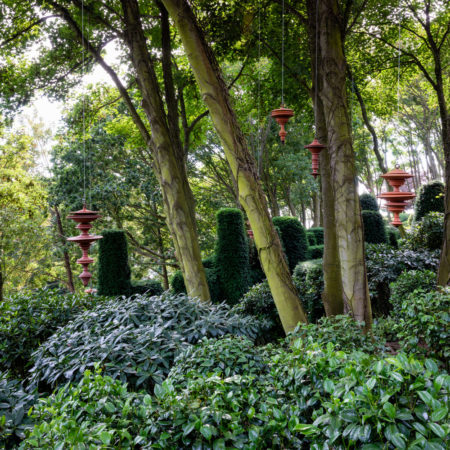 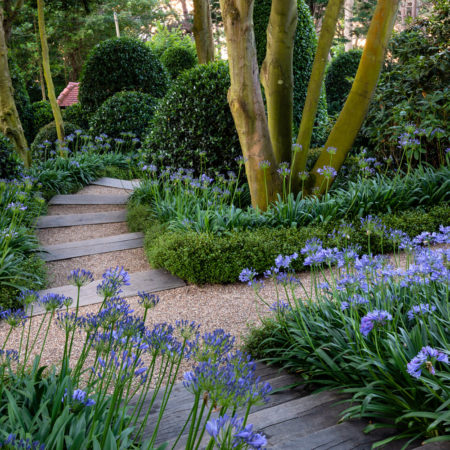 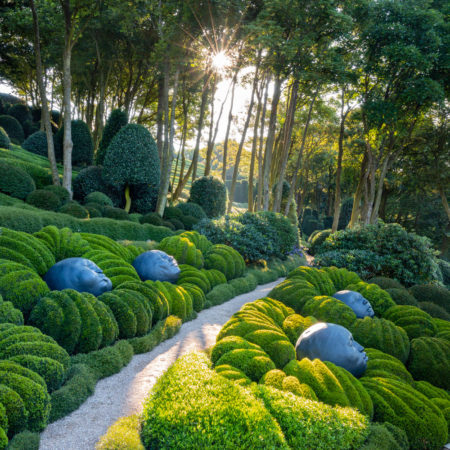 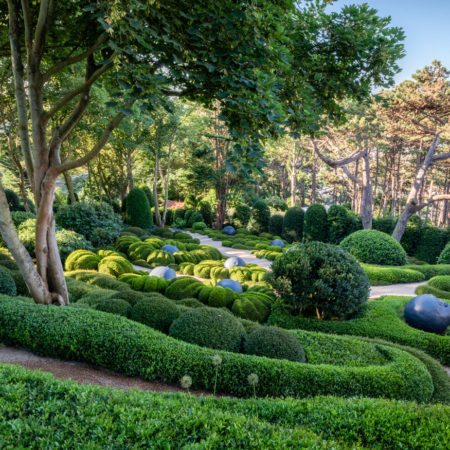 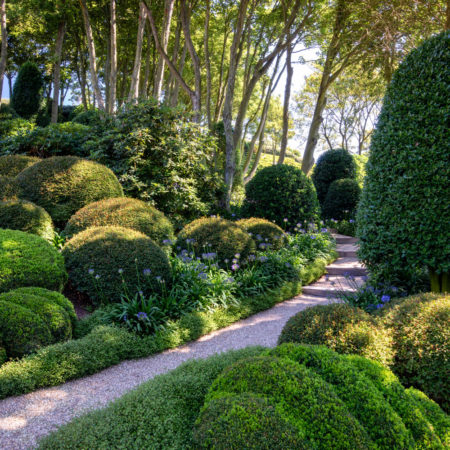 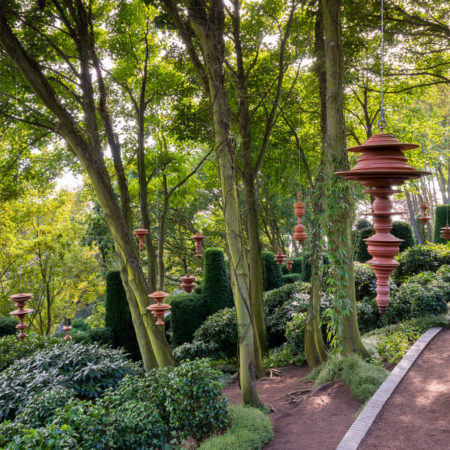 In 2016, Alexandre Grivko transformed Thébault’s formerly abandoned estate into Les Jardins d’Étretat—a public garden that hosts both permanent and temporary collections of sculpture by international artists. The merit of this project lies in a harmonious coexistence of the old historical garden with contemporary architectural aesthetic ideas, eventually resulting in a neo-futuristic vision of the garden.

New styles and old conglomerates began to merge, in order to create, through improved lines and forms, more comfortable space within gardens with sculpted trimmed plants. Due to this evolving search, a new special paradigm has emerged – the philosophy of parametric architecture that incorporated the denial of generally accepted static forms and exploration of new ones, as well as their subsequent modification with aid of computer technologies. Thus, parametric or motion architecture was born – the style that changed our notions about the classical garden or other objects of architectural design.

The landscape architect of the gardens Alexander Grivko (Il Nature), while creating Les Jardins d’Etretat, has taken inspiration from several directions in art: the classic idea of French gardens, and the concept of avant-garde and minimalism. However, neofuturism has become the main stylistic trend, here it reflects the idea of the unity of man and nature, developing together, respecting the boundaries of each other.

The creative garden laboratory of Les Jardins d’Etretat carried out experiments in detailed modeling of trimmed plants and their geometric diversity. It also experimented with the arrangement of space in the style of comfortable minimalism.

Alexander made efforts to keep his work restrained and detached, avoiding excessive graphic linearity or, extra volumes, harmoniously combining naturally planted and figuredly trimmed plants into a single composition. In his landscape, the author allegorically presented a world where nature and men are one. The environmental thinking and protection of historical heritage are integral parts of the garden’s mission.

The 7,000 square meters garden incorporates quite exceptionally the geological and atmospheric density of this stretch of land between the sky and the sea. Les Jardins d’Etretat is made up of seven sections, which cascade romantically down the hillside towards the sea to provide a multi-layered experience throughout the different areas of the garden.
Alexandre Grivko has designed sensory and very imaginative type of garden space, which immerses us into different worlds – with a change of perspective in every respect, with a great feel for the historical origins but also cautiously leading to the future. A space with precise topiaries which captures visitors with the topiary art of Baroque and Renaissance gardens and is equally associated with the modern gardens of Jacques Wirtz. Walls made of azaleas, rhododendrons, and camellias form the background for a romantic garden.
The garden is based on plants that can grow on a slope of 30-40 degrees and tolerate salty winds. These are yew berry (Taxus baccata), holly (Ilex aquifolium), goof (Elaeagnus) and evergreen boxwood (Buxus sempervirens), two types of osmanthus (Osmanthus) and phyllaea (Phillyrea). By autumn, the balls of enkianthus will turn brown in the garden.
It was very important for Alexandre to respect the historic fabric of the site, the biodiversity and the beauty of the local ecosystem. Here you will find a great number of plants trimmed into shapes evocative of the natural features of the Normandy region. Green spaces and round forms proceed in waves up to the sea, a forest of clipped yews, whose tops stick out into the sky, regarding the conifers on the French coast, while arcs and gaps symbolize ebb and flow, box tree crowns are reminiscent of oysters washed up on the beach, narrow-leaf phillyrea (Phillyrea angustifolia) look like chalk cliffs.

Les Jardins d’Etretat should be awarded LILA 2020 award in the category Public Project, because it serves many important missions as a public space. This garden connects its visitors with the local environment and its history by combining exceptional landscape design solutions and contemporary art forms. It was designed with the respect of the local landscape and its biodiversity, making an important step in conserving and preserving the unique Normandy region.